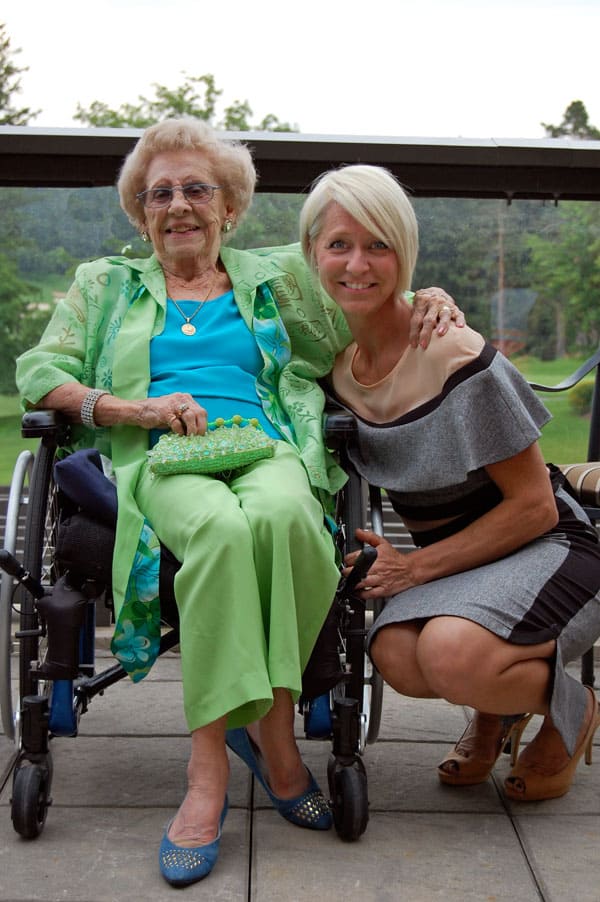 Where were you born?

I was born in Vancouver, Canada in 1914. When I was 8 my family moved to Oshawa.  I had 16 dolls and my mother told me there wasn't enough room to take them all so she stood on the corner and gave them to little girls and told them not to tell Jean.  To get to Ontario we took the train and then a ship.  I shut that whole ship down when I got measles.  Quarantined the whole thing (laughs hysterically).

Tell me about your husband.

My husband Jack died half a century ago. He was a navigator in the Lancaster Bomber and went on 45 missions during World War II.

What was the very first movie you went to see and what movie star did you have a crush on?

What?! That was a really long time ago. I have no idea (hysterical laughter).   I don't remember who I had a crush on!  Charlie Chaplin, I guess.  I used to go to the movies all the time.  My father owned a menswear store downtown and the theatre was right across the street so I'd go visit him and he'd give me money to go to the movies to watch a show and buy candy.  If I wasn't at the movies, for fun I'd talk to all the construction workers around my house and if they weren't around my mother could always find me in the one room school house across the street sitting beside the teacher.

If you could only have 1 beauty product what would it be?

Lipstick and wrinkle cream. I started using wrinkle cream  a year or two ago. I just buy whatever's on sale. I don't think those ones on television where they want you to call in right away are any better.  Just buy the stuff that's on sale.

What do you want for your birthday?

An iPad.  I really want an iPad.  If no one gets me one I'll just go to the Apple store at the mall and pick one up.  It's only money.

Have a good weekend. Make it count.