My Christmas decorating motto for the yard is: if you can see it you should decorate it. Whether it's along the path you walk from your car or from the inside of your kitchen looking out, stick a tree, swag, garland or lights on it. It's Christmas. There's no such thing as going overboard. 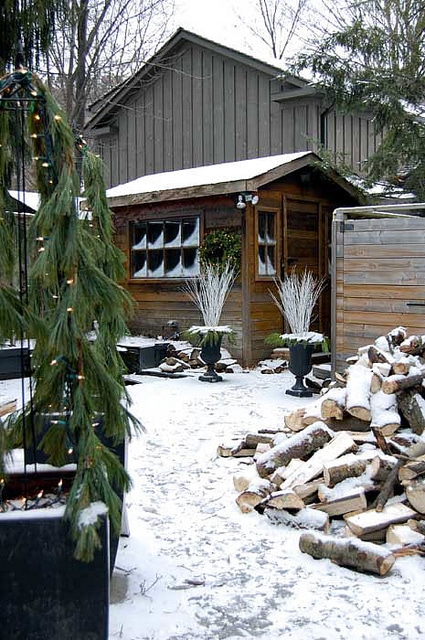 If you have snow, you have a head start on decorating outside for Christmas.  For everyone else? You've gotta put in some effort to make your yard look Christmasy.

I love going for walks around my neighbourhood this time of year looking at the houses with the massive inflatable snowmen they picked up at Costco while buying a 72 pound jar of olives.  The houses dripping in lights, flashing nativity scenes and Santa Clauses are my favourites to look at.

But I don't want that for my house. 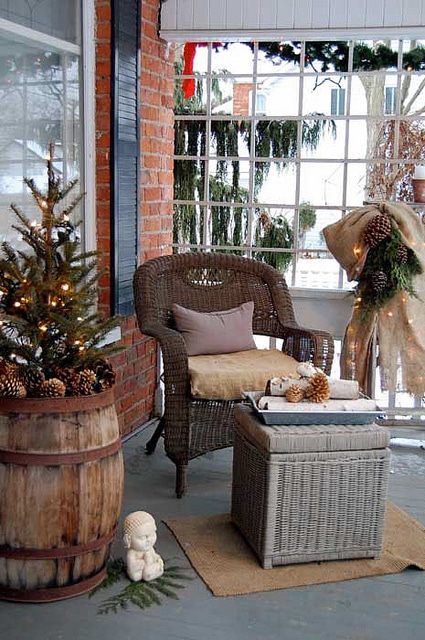 For one thing I don't have a lot of room to store outdoor Christmas decorations throughout the year and for another, I have a house built in 1840 so I like to decorate a little more old fashioned.  Like the old fashioned Buddha you can see on my porch above (cough cough).

So how can you decorate outdoors for little money and without having to store a bunch of stuff all year? 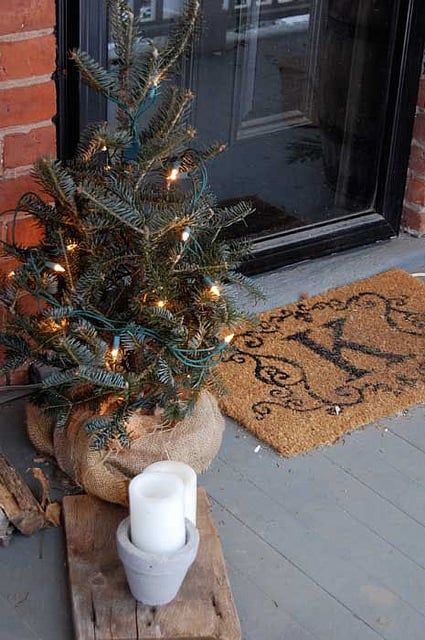 I've been buying these same copper wire lights from Amazon for years. I have 6 sets now. What makes them better than almost any other copper wire lights you can buy is the fact that they work with "C" cell batteries, NOT AA.  It means the lights are brighter and they last much longer without having to change the batteries.  You'll easily go a whole Christmas season with these lights coming on and going off automatically with them. 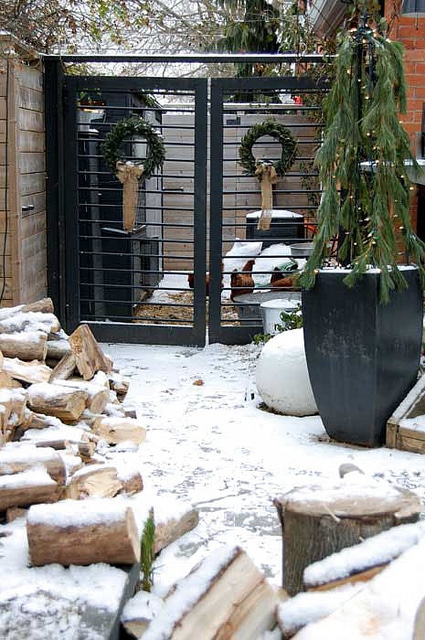 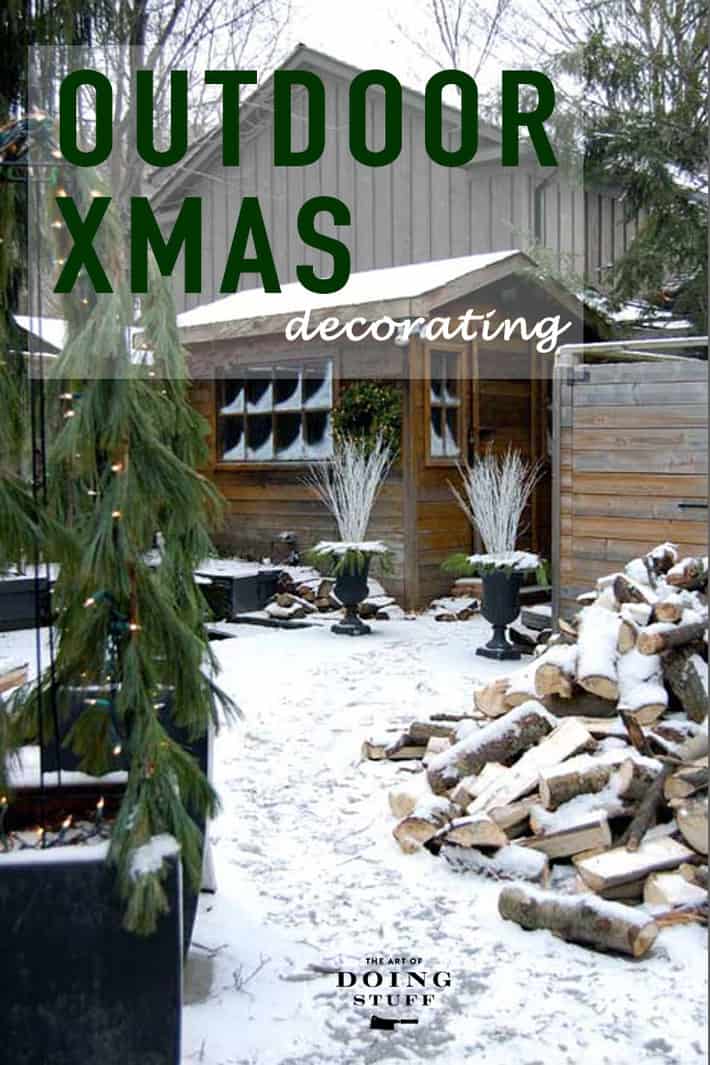