Have a bottle of wine but no corkscrew? No problem. It's probably a twist off cap.  But if it isn't ... here's how to open a wine bottle without a corkscrew using a shoe and a tree trunk. Kind of. 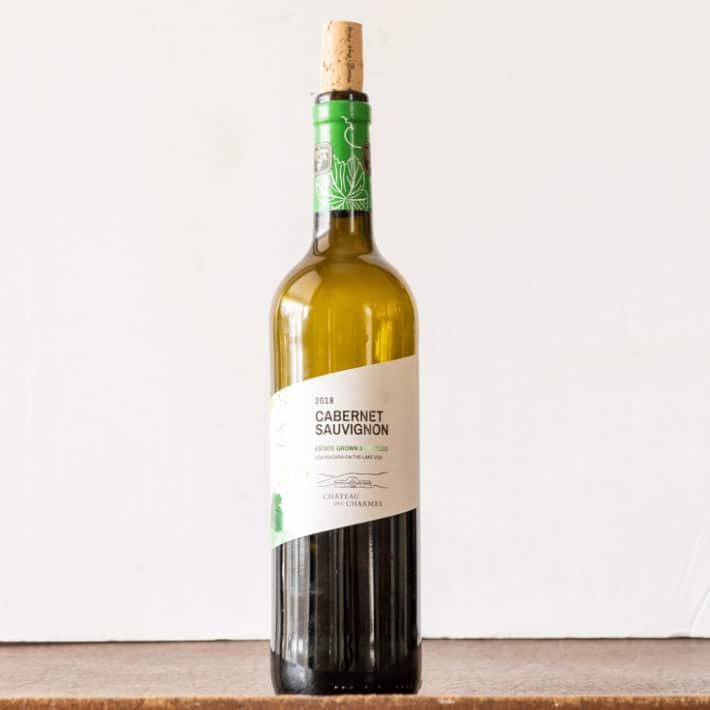 There you are. Sitting in the middle of the woods all alone, with a bottle of Cabernet Sauvignon and no corkscrew. What's a gal to do? How do you open a wine bottle without a corkscrew?

According to the Internet you just grab yourself a shoe, head to the nearest tree and start whacking. In no time that cork will pop out and you'll be relaxing on a bed of pine needles with your forest friends as you drink your way to being the life of the party, great dancer, deep thinker that you and you alone think you are when you're obliterated.

The Internet is a big, fat liar. This has kind of been the mantra behind everything I do on The Art of Doing Stuff from day 1. I try to present practical information that I have first hand experience with. If things don't work I tell you.  Like magnetic eyelashes. Which technically work, but instead of making you appear sexy and flirtatious give the impression that you have in fact gone mad. You can see me experimenting with magnetic lashes and looking like a lunatic here.

So in 2010, in the early years of this blog I was alerted to a Youtube video that showcased a rather distinguished French gentleman dressed in his fancy dress up clothes, with his fancy accent, standing  beside his fancy car.  Mr. Fancy Pants then proceeded to show how we can easily and in quite a poised manner, open a bottle of wine by sticking it in a shoe and smashing it against a tree.

Either way, I was fascinated with this video.  The ease!  The quickness!  The grace with which one can open a bottle of wine with a stinky old shoe and a dirty, bug filled tree astonished me.

I am usually only astonished by lies.  (Hey Karen ... you look GREAT in those culottes!   Hey Karen ...  I honestly think spider veins are kindda sexy)  That sort of thing.

So this got me to thinking.  I wonder if this video is a lie?  Could it really be this easy?  Could I really look this distinguished while trying to open a bottle of wine on a tree trunk?  I certainly hoped so.  Because this would be the best party trick in the world, second only to dangling a teaspoon off the end of your nose.

I gave it a shot, and here's how it went.

How to Open a Bottle of Wine Without a Corkscrew

Conclusion:  You literally need to manhandle the bottle of wine for this to work.  It does not knock out with a few quick smacks on the tree as it did in the original Youtube video (which has long since been removed from Youtube).  I'm not sure I ever could have dislodged the cork on my own.

For one thing, there's the underlying terror that the bottle is going to explode into razor like projectiles of glass.  Which, although entertaining for a YouTube video or a Wile E Coyote cartoon ... is not nearly as amusing in real life.

If you're alone and trying to open this bottle of wine I suggest you run the streets looking for someone to help you. Someone with enormous strength or anger issues.

Your best options would be Godzilla or a woman who was recently criticized for her spider veins. 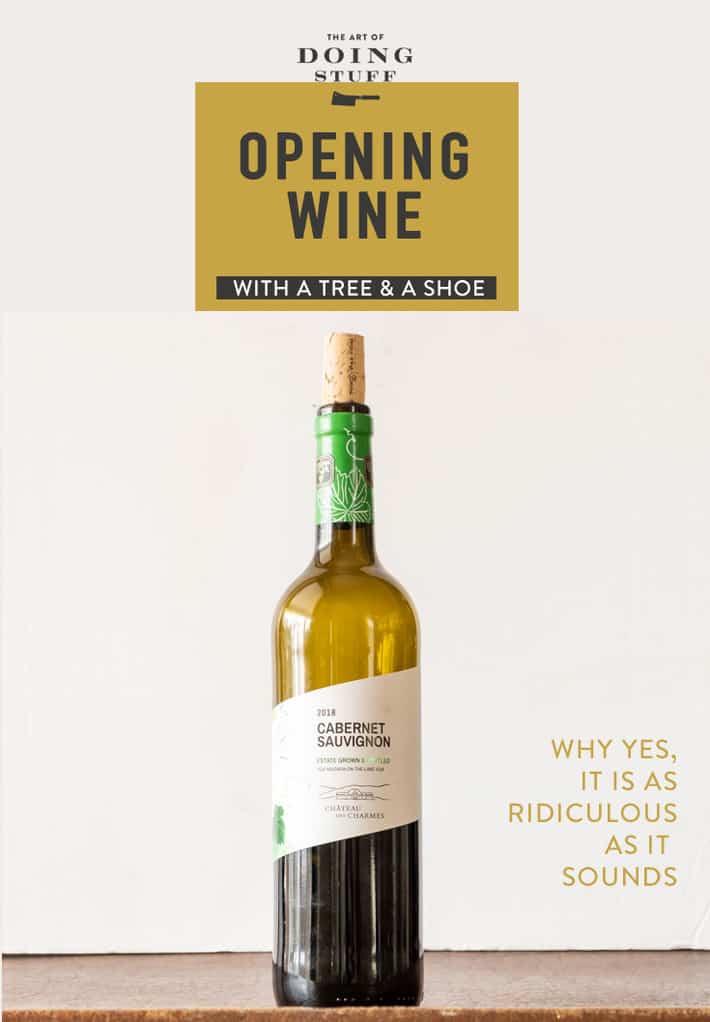