So I was walking down the street the other day (which is unusual in itself ... I usually skip or moonwalk down the street) and something very odd happened. I was crossing the road at a non designated crosswalk when a car came speeding around the corner straight at me. Clearly it was my fault I was about to be killed. I should have moonwalked across the non designated crosswalk. I'm a much faster moonwalker than regular walker.  Other than the Electric Slide there are very few dance moves I can think of that can move a person across a road quicker than the moonwalk.

Plus it's such a dazzling sight that most people stop what they're doing (even driving)  to watch.

So this car is careening towards me and just like they say, everything went into slow motion. I held my hands straight up in front of me because for a split second I thought my arms were definitely strong enough to stop a Buick, the #1 car choice of the elderly.

I'd say the car was maybe a hummingbird's breath away from my shins when I sneezed.  I SNEEZED at the exact moment I was about to lose my life to a blue haired scribble of a woman in a brown Buick with a snappy velour bench seat.

It was because of that sneeze that I can't tell you exactly what happened next.  In the moment of the sneeze I closed my eyes, as most people do when they sneeze.  By the time I'd opened them , Scribble and her car were gone and I had 17 birds on each of my arms, flying me to safety across the road.

It's actually a complete lie. I wanted to start this post with an interesting story but I didn't have one so I made one up.  So sue me.  I *am* an excellent moonwalker.  That part was true.  And the old people driving Buick's thing?  Also true.

Perhaps I felt the need for an exciting introduction to today's post because the subject matter is so subdued.  It's my porch.  Just a porch.  But I love it. 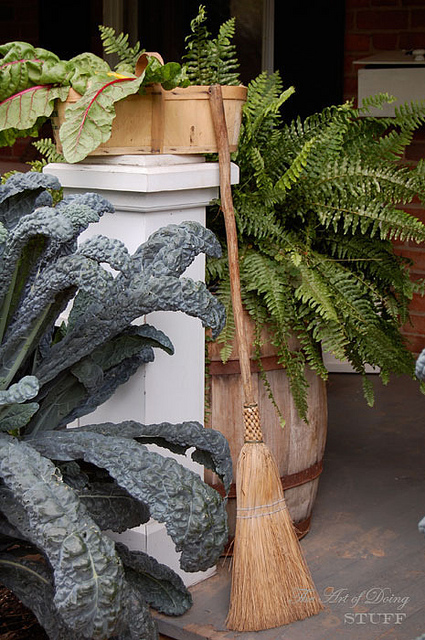 Because I work from home the porch is also my break room for 3 seasons of the year.  From April until November I wander out there a few times a day to get some air and see actual people. 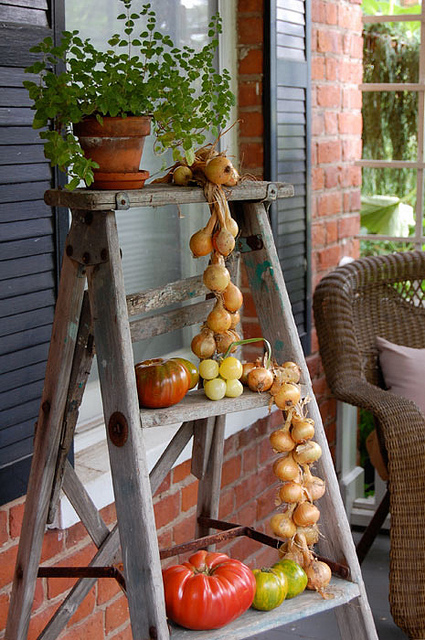 If I want to talk to people I can give a wave so they see me.  If I don't ... I can hunker down in the chair with my coffee and go unseen.  Like a ninja.  An invisible ninja.  A transparent invisible ninja wearing an invisibility cloak of invisibleness. Unless I wave. 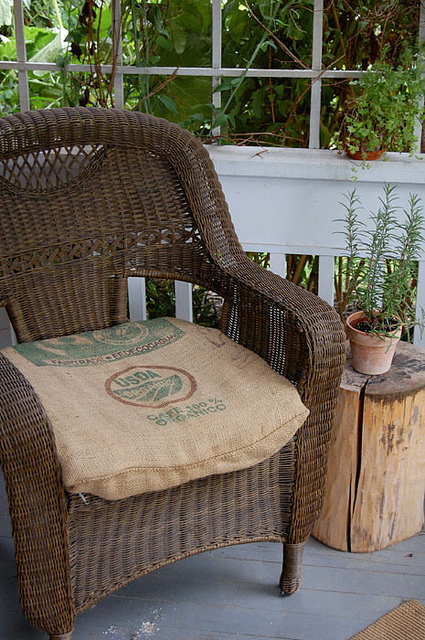 I can peer out  from the hanging green beans to see what's going on in the neighbourhood yet still feel like I'm kind of in a room. 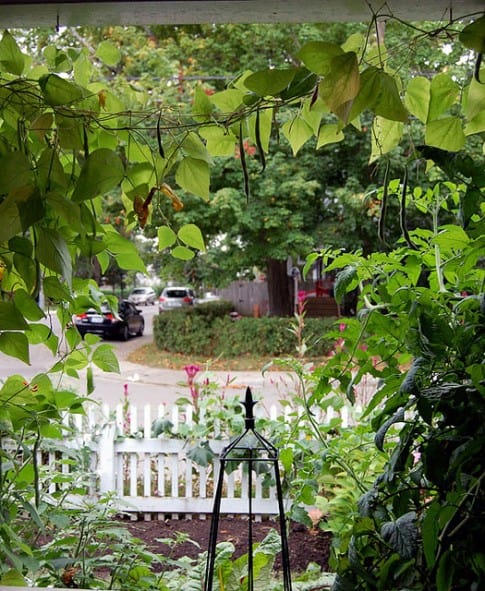 That's what I like about porches.  You're outside ... but you're inside.  There's no better place to be during a rainstorm.  Except maybe in Costa Rica. Or in the arms of a Costa Rican.

The porch has also become my pantry.  It's where my onions and garlic cure.  It's where I set the tomatoes I've picked and where I weigh all of my potatoes.  I'm weighing my potatoes as I pick them this year so I know how many pounds in total I got for the season. 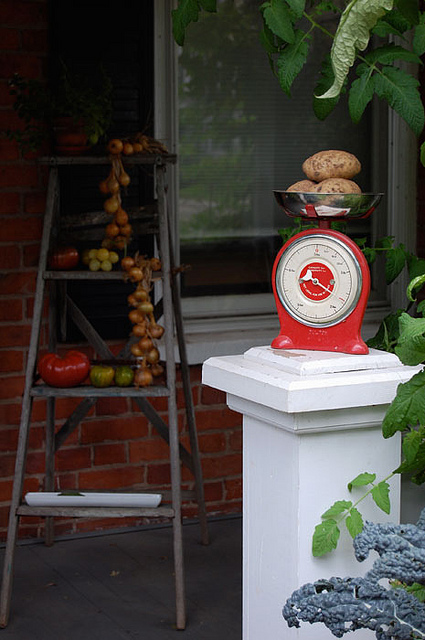 I take my work breaks a little more often than I did a few months ago. 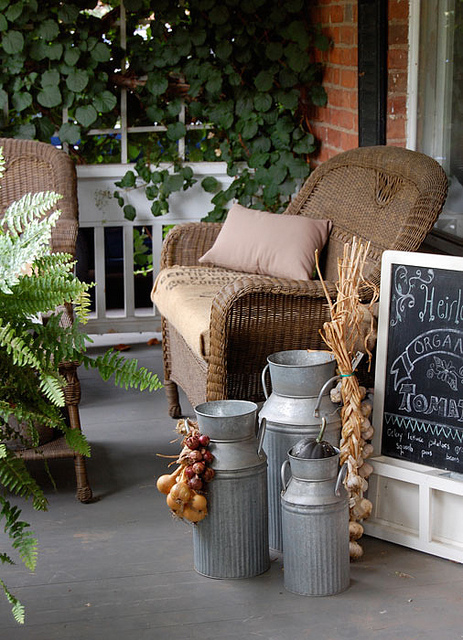 I've forced myself to stop and smell the garlic.  I've taught myself to relax. 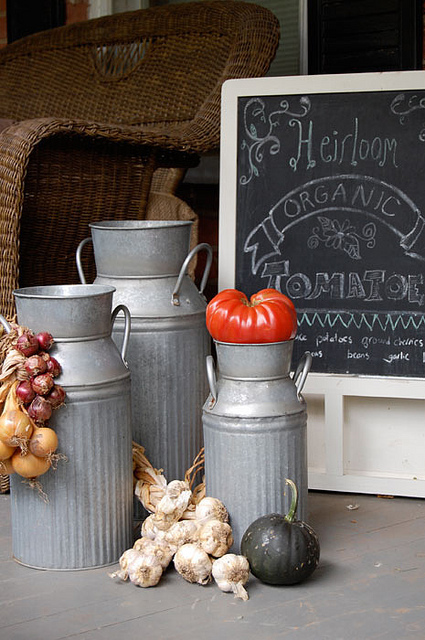 I also taught myself the electric slide.   Just to be on the safe side.