I have spent the past 2 days looking at every possible way to store plastic bags on the Internet. Pinterest, for example, has about 10 really cool looking ways to store them that are linked to over and over again.

You know the types of bags I'm talking about. Those plastic grocery bags you have to use when you run into the grocery store without your reusable cloth bags, because you left them sitting in your trunk.

Why, after bashing around the grocery store with a cart that alternates between only going right and skidding to a stop every few feet, coming home putting away the groceries, realizing I forgot the mandarin oranges and the inevitable cleaning out the fridge to make room for the peppertettes I was again compelled to buy … would I want to sit down on the floor, flatten and fold all my plastic bags into thirds, lay them on top of each other and roll them into a tube? I would not.

The intention of course was to find a brilliant way for storing plastic bags, which I would then introduce to you. I could picture it immediately. Me finding the ultimate plastic bag storage idea, implementing and photographing it under flattering light, you my adoring readers gasping and holding your hands to your hearts. This was exactly how Nobel Prizes were won.

The worst thing about these storage ideas and in fact, dare I say it, Pinterest in general, is it's often based around super-cute photos. I love Pinterest for inspiration but when it comes to some of the DIYS, they excel more at highlighting the overuse of  chalkboard lettering than actual usability.

The biggest problem with all of the plastic bag storage solutions was they took too much time to do and … they didn't work. One suggestion was to stuff all your plastic bags in a can with a plastic lid, cut a slit in the lid and pull the bags you've shoved into the can out. Great. Paint the can all pretty and stuff. 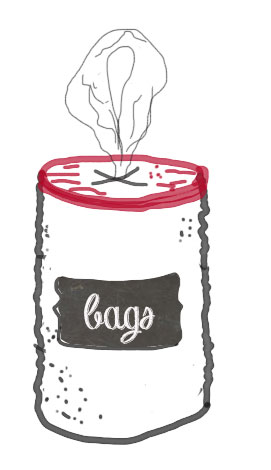 The problem with this solution is  it's only the first bag that will pull out of the can and the rest just stay shoved in there until you pop the lid off to pull one out and 5 or 6 randomly assert their freedom at the same time.

The other big one on Pinterest was the flag fold.  Laying out any garbage/plastic bag and folding it up into a triangle like a tiny flag to be presented to a family of freedom fighting mice. 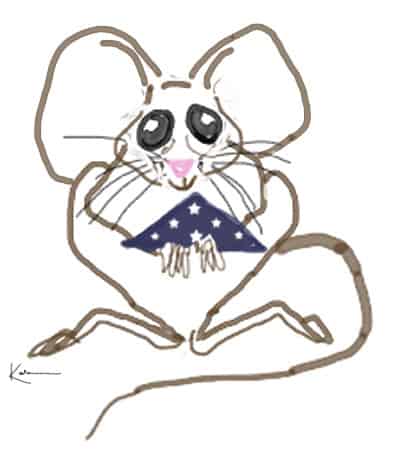 I've done it before.  I'll admit it.  I've done the flag bag.  It's the kind of thing you'd sit and do while watching television.  But it isn't a solution for a quick way to stash plastic bags.

Then there's the roll er up solution.  This involves laying out you plastic bags, bag by bag, flattening them out and then folding them in half.  Then you place bag after bag after bag on top of each other until you've run out of room or bags or sanity and then you roll them up.  This creates a neat little roll of plastic bags that you're supposed to be able to pull out from the centre with the next bag following in succession. 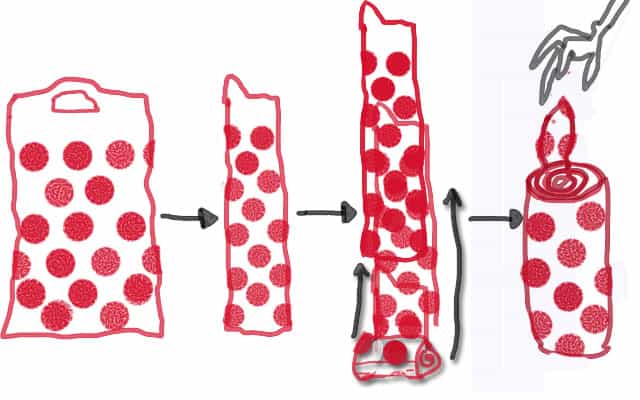 The first problem with this is the fact that when you come home with more plastic bags in a day or two you can't just add them to the roll.  You have to save the bags up and wait until you have enough saved to make another roll.  Which means you shove them under your sink like you always did and never, ever make another roll again.

The rest of the suggestions were too ridiculous to even consider.  Like sewing an old shirt up and filling it with plastic bags.  Huh?  People are even reupholstering boxes and crates complete with trim, piping and batting.  omg.  I just wanna find a place to shove my grocery bags and it's looking more and more like that place is going to be up Pinterest's ass.

Don't misunderstand. I will spend an inordinate amount of time on ridiculous things.  This Sparkle wipe dispenser for instance.  But some things are worth my time and other things aren't.   YOU may think an upholstered, piped crate specifically for your bags that will take up more room than just shoving them inside themselves in your cupboard is a great way to spend your time because you love reupholstering and you just ran out of solid white, 2,000 piece  jigsaw puzzles to do.  But I do not.

To each his or her own.  (I'm just saying that to at least appear somewhat accommodating on the subject)

So what was my solution?  How did I solve the great grocery bag dilemma?