Never trimming your cat's claws is like never cutting your fingernails.  You don't want your cat to end up like that freakish man from India whose fingernails are curling talons of horror do you?  Come to think of it, even HE cut his nails in 2018. So grab some trimmers - we're going to cut some cat claws. 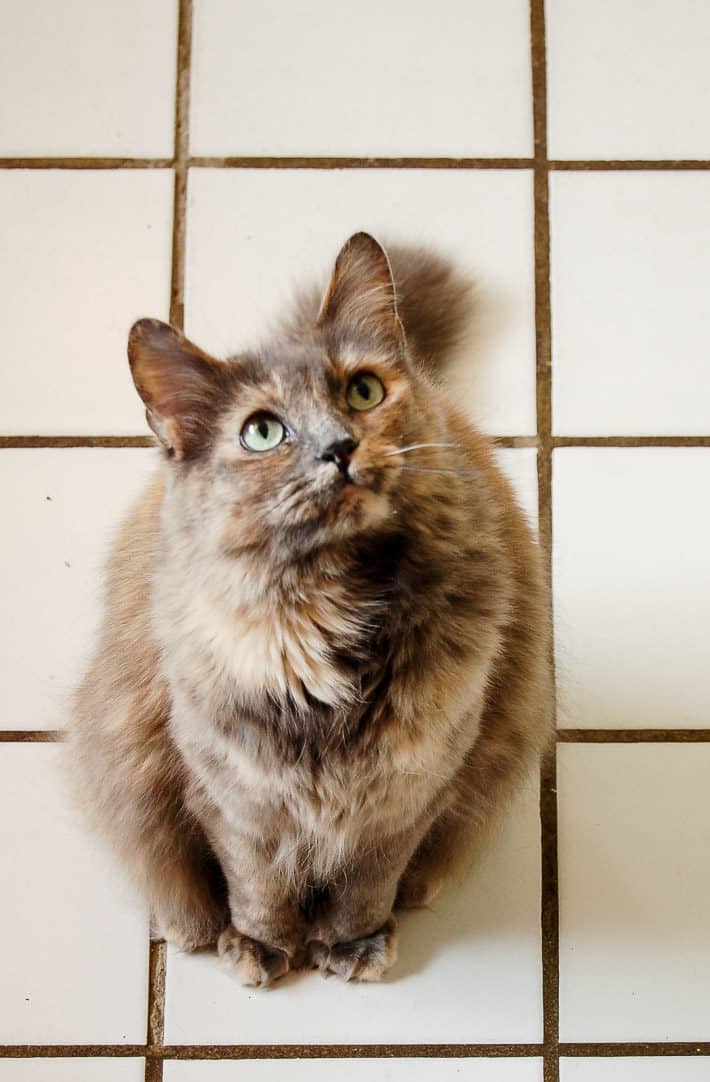 I've owned many ( many = 3) cats and never declawed any of them.  I've come close, but I just can't bring myself to do it.  I try not to judge anyone who has their cats declawed, because I know how utterly infuriating it is to buy a piece of furniture that cost 3 weeks pay only to have a cat look you in the eye as it tears massive hunks out of it. Repeatedly.

Happy with its handiwork the cat usually strolls away with a wiggle in its walk, tail straight up in the air, presenting you with its anus.

I found Ernie on our front porch a few winters ago, curled up on my wicker furniture, covered in a dusting of snow.  She was gone by the morning but came back every night.  After months of taming, cajoling and calming I finally got that little cat into my house, only to discover she's a polydactyl.   That'd be a cat with an unusual amount of toes.  Many toes.  A LOT of toes.  Which of course means ... a lot of claws.  Go ahead.  Go back to the picture above and take a look at how big her paws are.  That cat could take out a pot bellied pig with one swipe.

I knew for my furniture to have any  hope in hell of making it, I had to start trimming her nails immediately.  I was a bit worried that as a formerly wild cat she wasn't going to go down without a fight, but by the time she came to live in the house she was so happy to have a warm place to live and lots of food, she'd pretty much let me do anything to her.

So now every few weeks I wrangle her and trim their claws. I did the same with Cleo until she died.  And this is how you do it ...

How to Trim Cat Claws 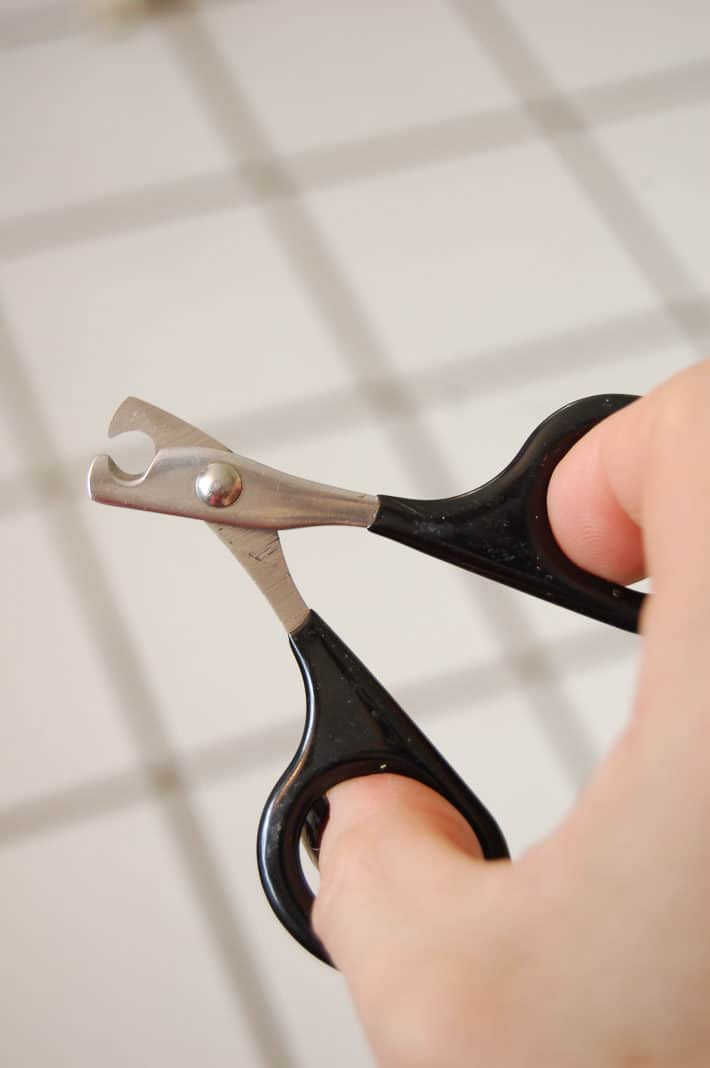 2. Holding your cat firmly in your lap, take one of its paws and push down on their knuckle with your thumb. This will make the claw extend out.

Take a good look at the claw.  You'll see a dark portion in the nail.  That's tissue.  The quick.  And you DON'T want to knick it, so be aware of where it is.  If you do cut into the quick it will hurt the cat and bleed a little.  It's not the end of the world, but it's not nice either. 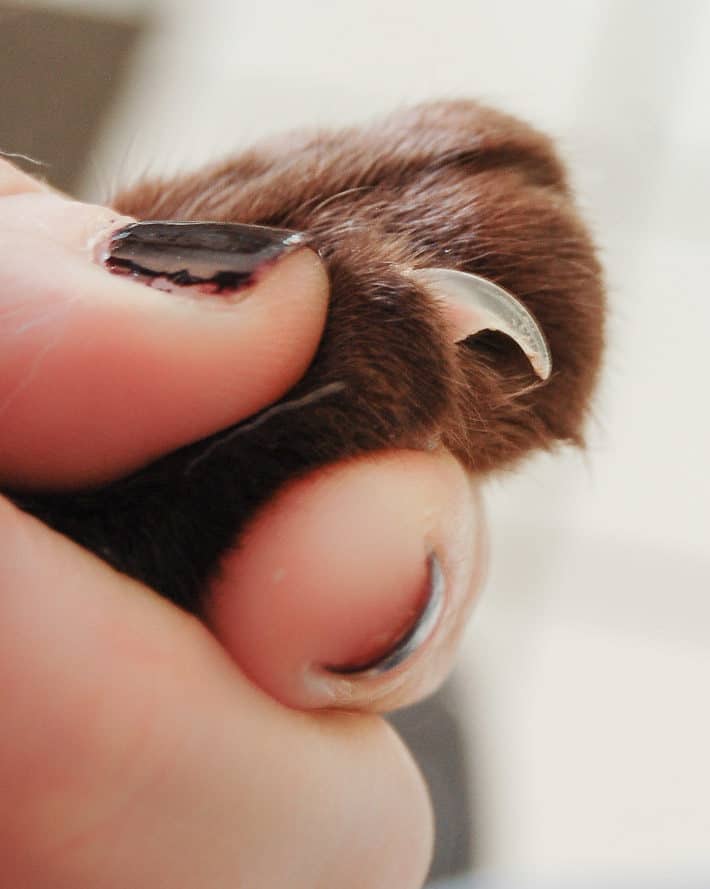 3. While still pushing down on their knuckle to extend the claw, line your trimmers up to just before the tip of the vein and clip.  You're just taking the sharp curved end off the claw.

The younger the cat is when you start doing this the easier it will be. 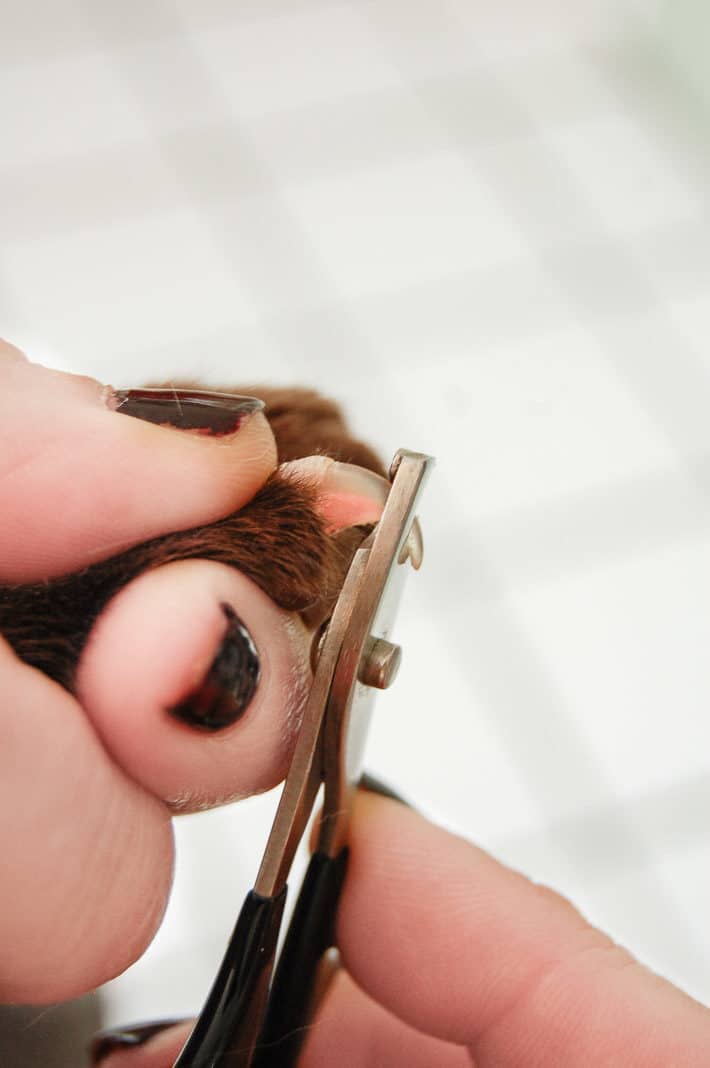 Just take the tip off the first time you trim your cat's claws.  The more you trim a cat's claws the more their quick will recede.  So you'll be able to trim their claws shorter and shorter as time goes by.

Cats have a claw a little further up their paw.  The dewclaw.  Don't forget to clip this one.

All of the cats I've owned have been fine with trimming their front claws.   The odd time their back nails get to be so long and sharp you have to trim them, but not as often.  These are a tad more difficult to negotiate, but it can be done.

To start trim your cats claws every 2 weeks or so. This will be enough to prompt the quick to recede and keep your furniture intact.

If you are bound and determined to grow your fingernails until they resemble a corkscrew tree, that's your business.  Just don't let force the same sideshow fate on your cat. 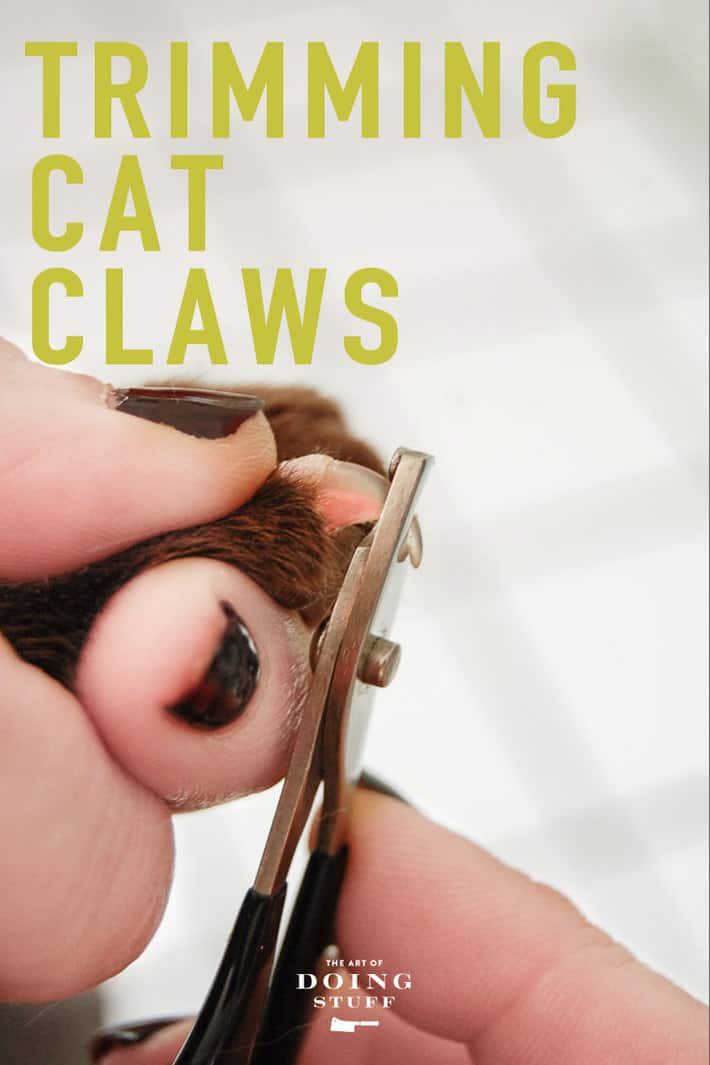