Looking for a way to use up rhubarb?  Other than using its leaves to whack people with? Try this Rhubarb Cake and Coulis. 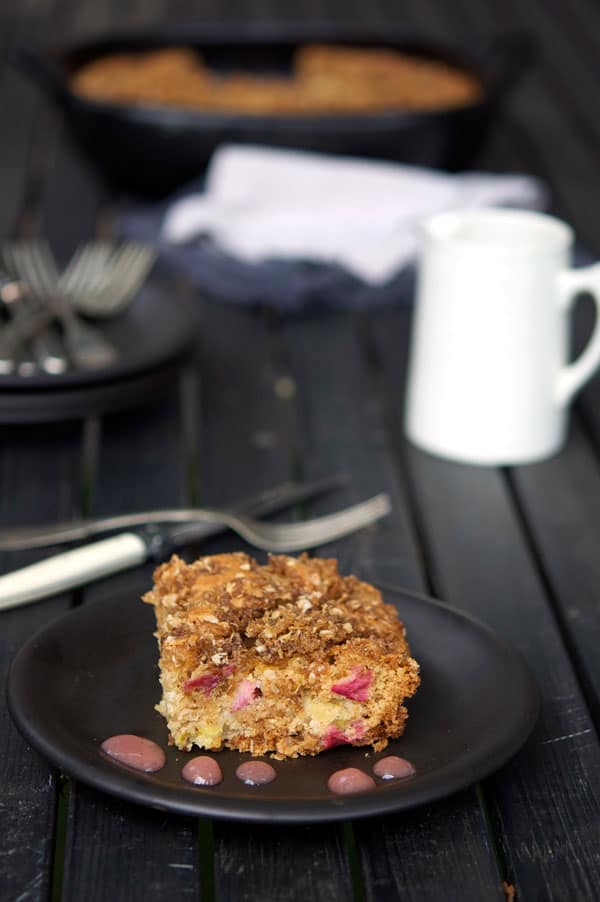 So I made a rhubarb cake.

And now I don't like Mindy because I ate all the Rhubarb Cake and have delusions about making another one and eating all of it too.

It's Mindy's fault which is why Mindy's an asshead. This may or may not affect our future relationship as blogger and reader. It has definitely affected my relationship with my back fat.

So let's get back to this cake.  Mindy has an old family recipe for Rhubarb Cake and she's adamant that even if you don't like rhubarb you'll like rhubarb cake.  Since I DO like rhubarb the chances of me liking this cake were pretty good.

I started off using her recipe (like I always do) and ended up changing it to suit my tastes (like I always do).  So my recipe is slightly different than hers, plus I added in a Rhubarb Coulis for to get rid of some more of my rhubarb, plus it adds a bit of tartness that I like. 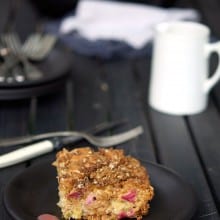 Rhubarb cake is the perfect dessert for anyone who isn't a fan of overly sticky, sweet concoctions. Lightly sweet with a burst if tartness in every bite.
No ratings yet
Print Pin Rate
Course: Dessert
Author: The Art of Doing Stuff 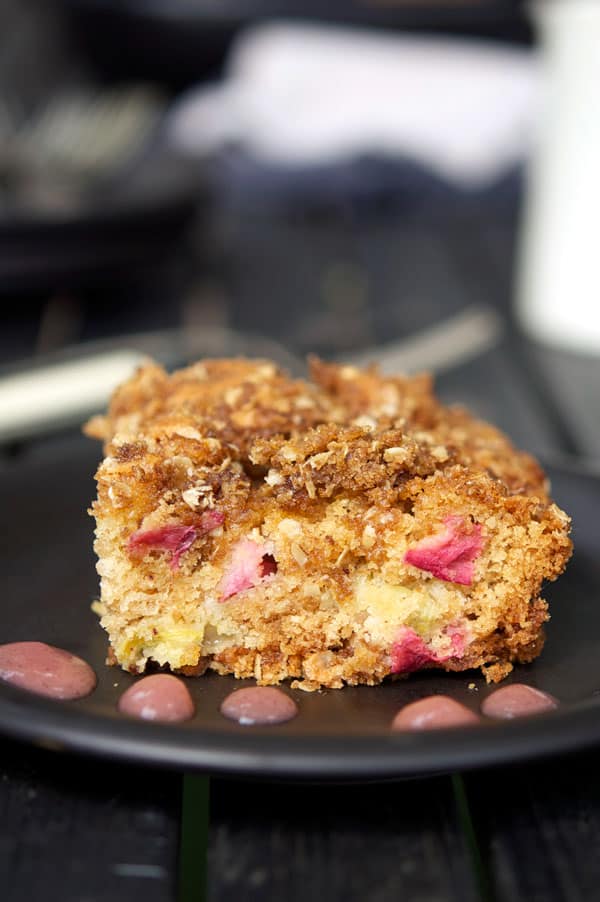 This cake was a favourite of everyone who came to visit the day or two it was here in my kitchen. It's a bit crumbly like a coffee cake, is sweet enough to be dessert like but not so sweet it's sickening. The rhubarb (if you pick nice pink stalks) adds a bit of colour to the cake, and depth to the taste. You get that little shot of tart with every bite.

If we can just be brutally honest here, I think I need to reiterate what an asshead Mindy is.

If you can be bothered, here's the recipe for the coulis, which you just dot around the plate.  It helps to cut through the sweetness of any dessert. 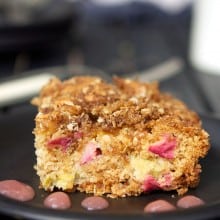 Rhubarb Coulis is the perfect addition to a sweet dessert you want to add a little tart kick to.
No ratings yet
Print Pin Rate
Course: Sauce
Author: The Art of Doing Stuff

So that's 3 rhubarb recipes down (Rhubarb Crisp, Rhubarb Tart, Rhubarb Cake) and about a million more to go.  I have two other rhubarb recipes on deck from readers so if you haven't been called out as an asshead yet, don't worry.  There's still another 3 months of rhubarb season left.