When I was young, my mother  had a cleaning lady because we were fantastically wealthy and lived in a very large home on a very large estate with lots of objects that sparkled and gleamed.   The cleaning lady wore a black dress with a white lace pinafore over it and carried a feather duster making her way from chandelier to chandelier, all the while eyeing my homeless man turned fabulously successful importer/exporter father.  My father had an evil twin AND suffered from amnesia THREE TIMES for no apparent reason other than sweeps week.

We did however have a cleaning lady that came in once every couple of weeks.  I would leave for school and come home to a tidy bedroom with vacuum lines on the rug.  Except for that one time when I came home to vacuum lines on the rug and all of my albums piled on top of the heat register. To those of you who don't know, albums are flat black vinyl circles that magically play music when you put them on a record player.  Unless of course they're warped like scoliosis, in which case they don't magically play music at all.

My name's Karen and my first foray into buying music was … the album.  My record buying days were right on the cusp of the end of albums and the beginning of the CD, so like anyone who has ever bought an album I will always have a soft spot for turntables and playing 33s.   I never got rid of my turntable, and in fact even bought a new one 15 years ago or so.

I've kept it hidden below the television on a shelf, out of view for all those years. Which made using it a pain, therefore I rarely did.  Then a few months ago something came over me.  I liked my turntable.  I liked how it looked, I liked how it felt and I liked how it made the room feel.

There's something about a turntable unabashedly displayed in a room that gives it soul.  For anyone looking to add character to a room the turntable is the ultimate accessory.  You know those rooms with a bit of everything in them?  Antiques and books and a bit of midcentury modern?  The sort of room that looks like it's been lived in by intellectually superior world travellers for the past 50 years?  A turntable will give it that feeling.

Well, it'll help give it that feeling. 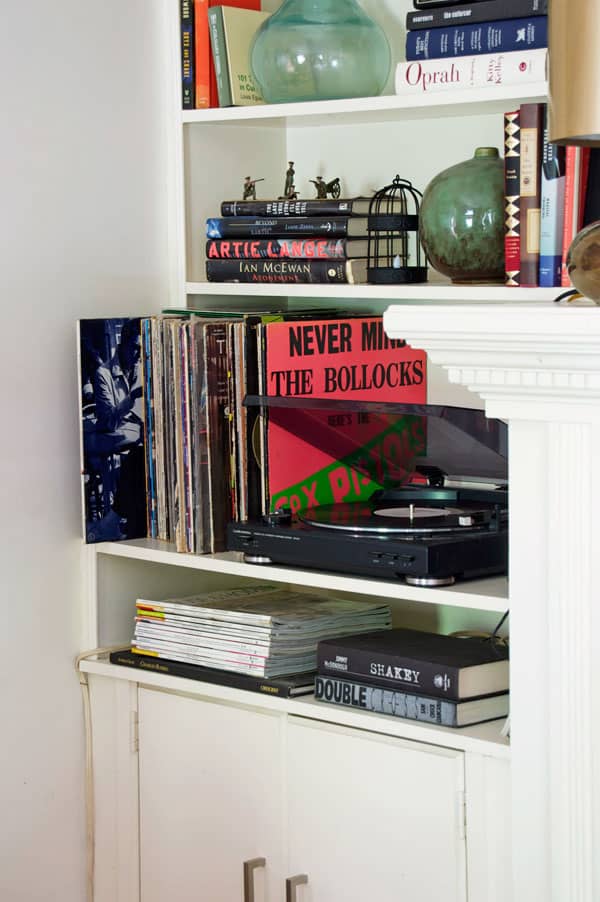 The funny thing about playing albums is they're SO great and so awful all at the same time.  Why are they great?  I like the process of just flipping through the albums and picking one out.  I love the little bit of scratchy noise from older albums.

I do not love that the album only lasts for half an hour or so before you have to move and flip it over.  Thanks to CDs, DVDs, mp3s and apps like Songza, we've all become pretty used to having music play endlessly without ever having to do a thing.  Except maybe turn the volume either up or down. 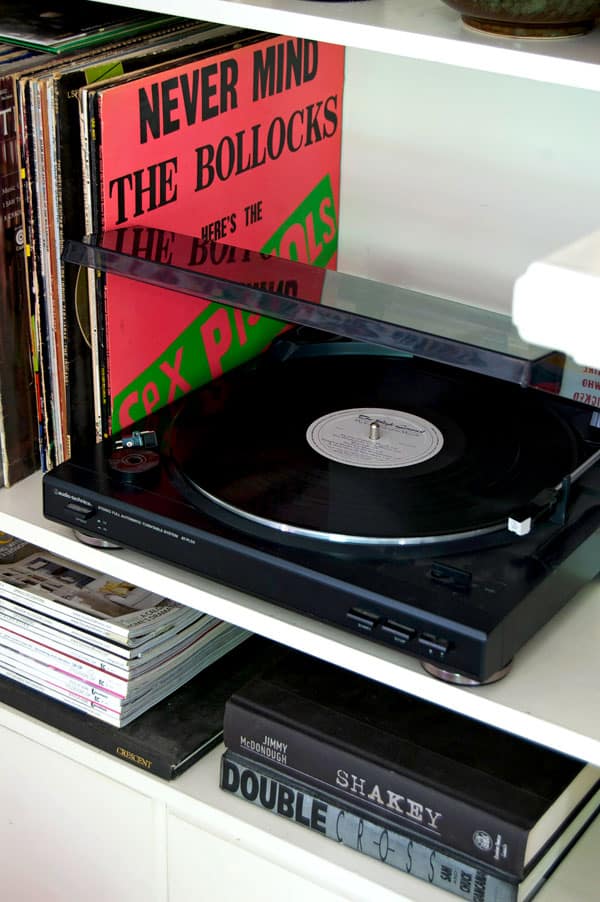 For Michael is always gets turned up. 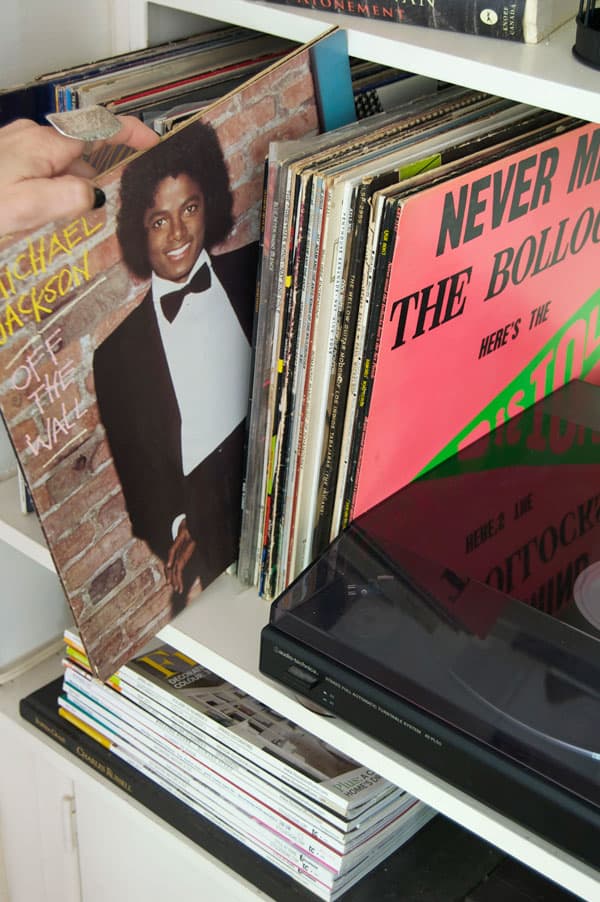 The best thing about turntables now is that they're really easy to get working.  It isn't like in the olden days when there were bare wires coming out of the back of the turntable.  The newer turntables hook up to just about anything with ease.  My turntable has a left and right audio cable that comes out of the back of the turntable and will plug into any speaker system or receiver that has "audio in" slots, which my surround sound receiver has.  It's literally plug and play.

Other turntables have a USB plug on the end and can be plugged into USB ports on your receiver or even computer.

And if you have some sort of weirdo/tricky situation there's an adapter for pretty much everything.  For instance, I just ordered this USB to headphone jack adapter to hook my wireless speaker/lights up to my turntable and receiver.

You can take a look at the different turntables on Amazon right here.

They range in price from $50 to a few hundred.  If I remember correctly mine was about $100.

Eclectic Living Room by Athens Photographers Corynne Pless
The only thing missing in these rooms is a man smoking a pipe recalling how he once arm wrestled Ernest Hemmingway on a fishing boat.
Which is far better than than telling a story about how your cleaning lady melted all of your Culture Club albums.