Learn how to DIY a fly trap that actually works using a mason jar (a soda bottle works too) and bait. These results are 100% real from my own backyard using household items and a stinky bait.

This fly trap DIY works so well outside for green bottle flies, aka blowflies, that it'll turn your stomach. How's that for an endorsement? But more than the trap, the most important thing about this DIY - is the fly trap bait.

Living in an almost 200 year old house with backyard chickens means I've learned how to control a lot of pests.

The best time to control pests is BEFORE you see pests.

Catching flies is a whole lot easier if you start baiting before they start mating.

Get your fly trap made and placed outside a couple of days before warm weather arrives to keep the population under control from day 1.

Getting rid of fruit flies is a reader favourite.

Mouse in the house? How to get rid of mice.

So when one of my chickens became sick with flystrike, a deadly affliction caused by bottle flies, I knew I had to head into battle against them.

I made and compared a few homemade fly traps including:

The results showed the trap wasn't so much the determining factor in how well a homemade trap worked - it was the bait.

Yep. A raw shrimp allowed to rot in the sun for days until it has the putrid smell of liquid internal organs.  That was the key to a successful fly trap.

This is the basic DIY fly catcher you see all over Pinterest.

In this experiment I used I used store bought fly bait.  The container is a 2 litre pop bottle.  The flies can get into the bottle, but can't figure out how to get out.  Then they drown.

This trap caught NO flies.  Not a single one.

But it isn't the design of the trap that was flawed, it was the bait. Store bought fly bait attracted no flies at all.

Fly bait is the most important part of your fly traps.

The fly strip cost a couple of dollars and dangled sadly from my window frame enticing no flies at all, just hanging there like a limp tongue.

I wanted to make sure I gave all the fly traps a good shot so I kept them all out for a week.  This is how things had progressed after 4 days.

After 4 days it was pretty clear that the rotting shrimp was the only way to go in terms of bait.

Either the mason jar or soda bottle method will work very well to catch flies outdoors.

Raw shrimp is your BEST choice for fly trap bait.

For this experiment I only baited the soda bottle with commercial bait (which caught nothing) but since then I've tried it successfully with shrimp as a bait. It works just as well as the mason jar with paper cone.

I experimented with different baits including:

* If you use meat, seafood or poop understand that this gives the flies a place to lay their eggs. That means if you use any of these things that after several days you will ALSO have maggots appear in your fly trap. Consider this when choosing your bait.

The rotting shrimp was the winner by a shrimpboat load.

By day 7 I was pretty sure I would have to try something else because I couldn't stand the stench of the shrimp no matter how well it worked.  Then a funny thing happened.  By days 8 and 9 the trap was so filled with flies they actually suffocated the smell of the shrimp.  Yet somehow the stink was enough to continue to attract the flies.

By day 14 the mason jar trap was almost completely FULL of flies.

Because there were so many flies I couldn't smell the shrimp at all and the jar was almost full.

After 20 days it stunk again. Stunk like the guts of a hot monkey. But the stink could have been the mass grave of flies as well.

To save myself some grief and whatever happens to be in my stomach, when it comes time to remove the jar I just  tie a plastic bag around my head, put a lid on the jar and throw the whole thing in the garbage.

Just kidding. I don't tie a bag on my head. I'm an excellent breath holder on account of my cat's horrific gut issues when she - coincidentally - eats seafood.

The best place to put fly traps is actually AWAY from where your fly problem is.  (The dog run/chicken coop/picnic area.) The point is to draw the flies way from wherever it is they're fond of.

What is the best home remedy to get rid of flies?

The best way to get rid of flies around your house is to use TWO methods.

How Do I Get Rid of Flies Inside?

Well, I'll tell you ... a bottle filled with stinking, rotting seafood probably isn't the best way. But if you fill a bottle with some non stinking fly bait like the liquid recipe below, it won't be quite as offensive.

This recipe won't work nearly as well as rotting flesh but it will work to catch flies.

Use either the mason jar or plastic bottle method. You can use a small water bottle instead of a large soda bottle.

Now that you've mostly eliminated one insect from your yard (totally understandable, flies are sex crazed monsters that feed on crap and then land on your corn on the cob), you might want to help out another.

Learn how to raise monarch butterflies on you property, something I've been doing for over a decade. 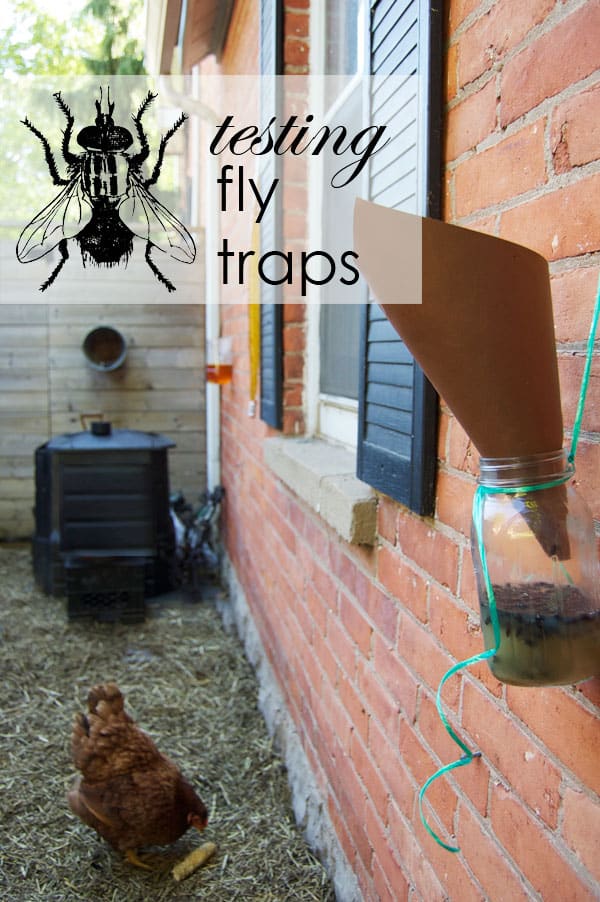