I've been struggling with vats of flying, stinking, green bottle flies since the day I got chickens.  They swarm and annoy and worst of all they're G R O S S.  Way worse than house flies.  A house fly is like an annoying teenage girl who says "like" every second word.  Bottle flies are like an ever growing gang of 15  year old boys with a pack mentality, screaming f*ck at the top of their lungs at 2 in the morning and peeing into mailboxes.  In other words, WAY more annoying.

Plus of course, bottle flies are dirty (they breed on poop, then fly over to your cob of corn and walk all over it) and they have the potential to kill your livestock through flystrike.

For years I've made and used these DIY fly traps which actually work GREAT but are a bit gross.

I've decided that instead of trying to fight these flies with traps and sticky tape I'm going to just let nature take its course.  If you can't beat 'em, join 'em.  Live and let live and all that.  In fact, as an apology for all the trapping and sticking I've tried to do,  I even got the bottle flies some friends to play with!  I ordered them special.  Bug buddies!

Who knew?  I did.  Because reader Shauna Henry told me so last year. She uses them in her chicken coop. 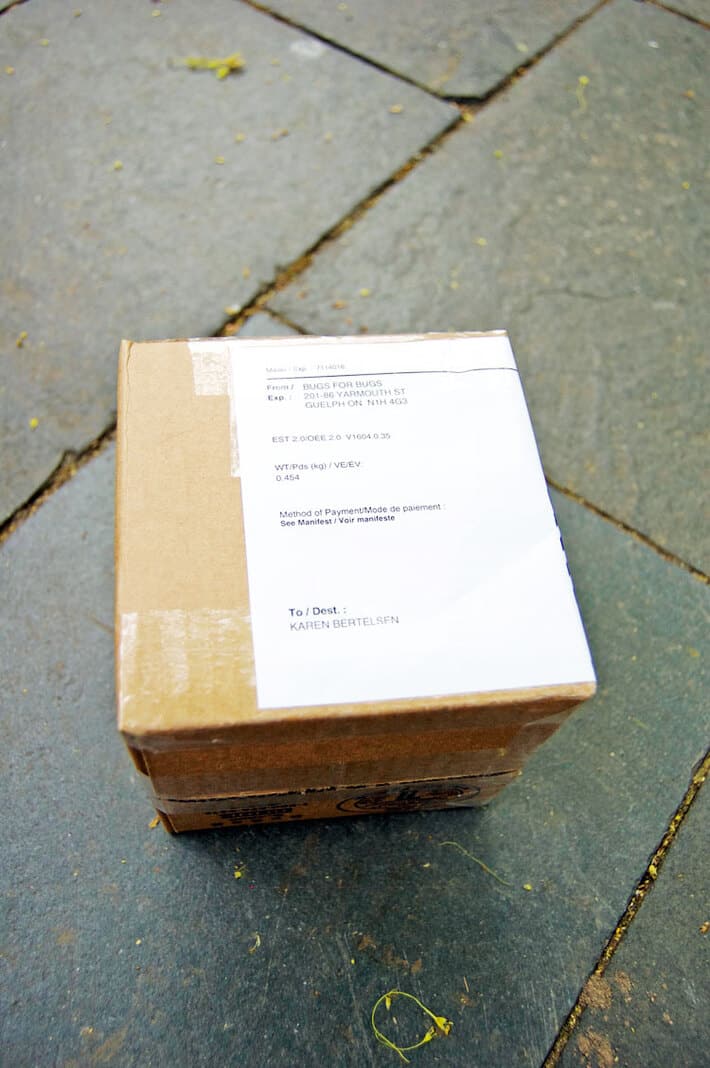 You can get delivery of 10,000 parasitic flies for about $20.  How they work is they attack bottle flies when they're in their pupa stage.  The parasitic wasp burrows into the bottle fly pupa, kills it, then moves on.  Over and over again. So the bottle flies are killed even before they become flies. So tragic.

Gosh.  And I thought I was just inviting over a few friends for my bottle flies.  Instead they were all killed in a homicidal frenzy.  Such a shame.

Depending on how many flies you have, you need to get delivery of new fly parasites every 2-4 weeks through the summer. 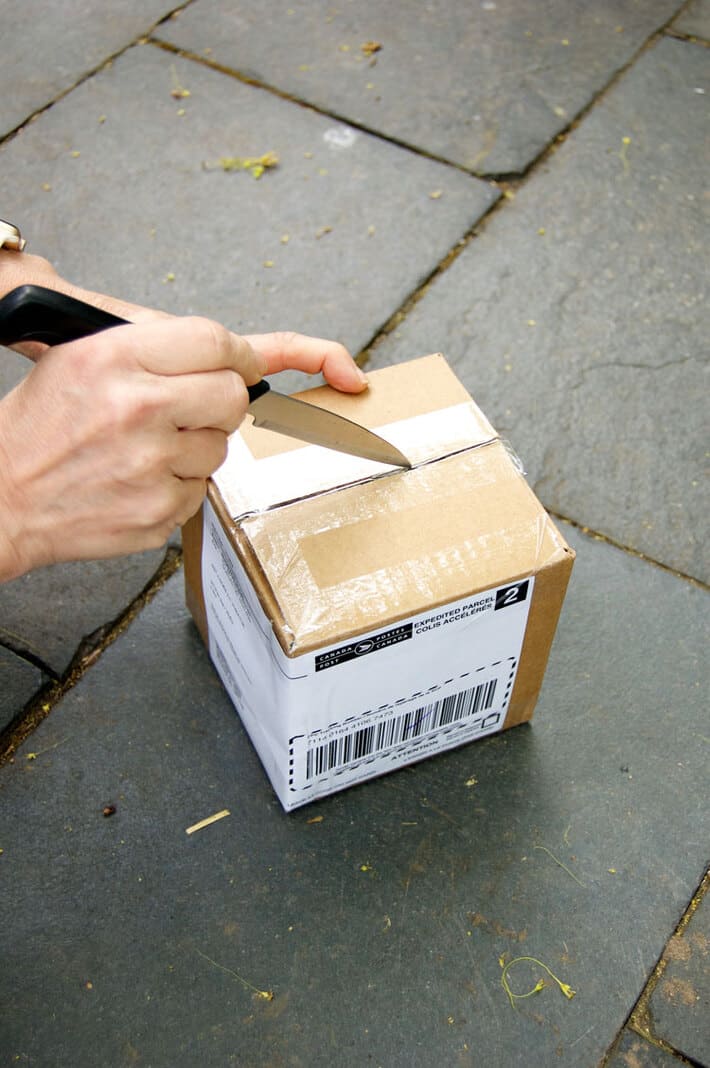 There are a lot of companies online you can order them from. Here in Southern Ontario I got them from Bugs for Bugs, Natural Pest Management. 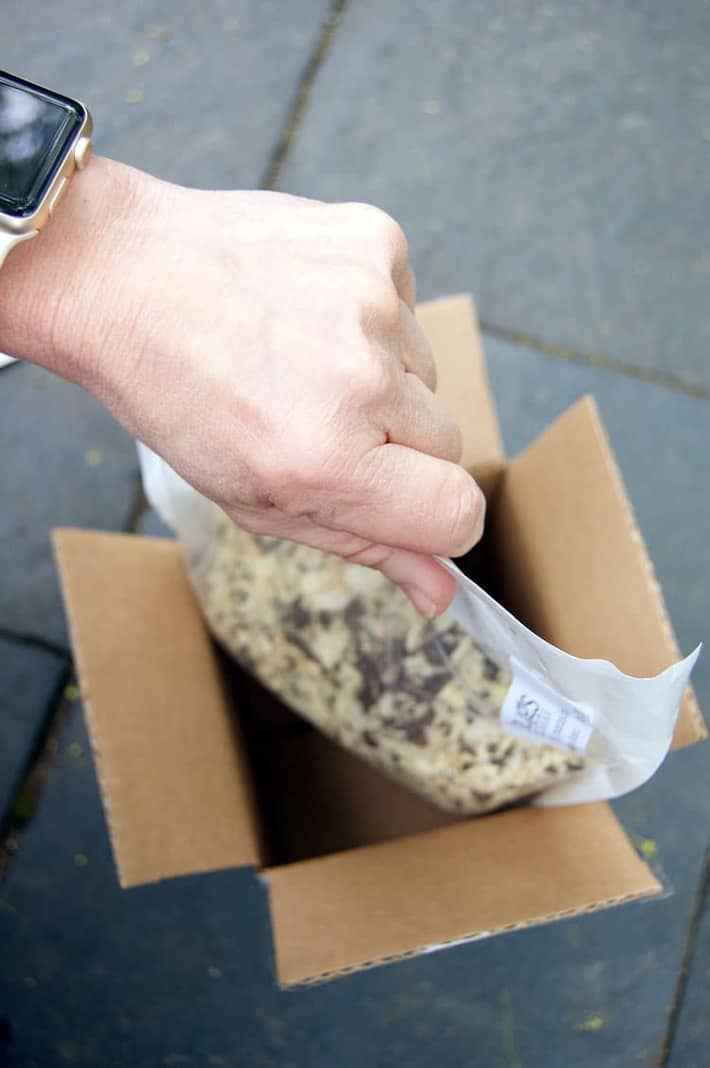 The fly parasites are gnat size parasitic wasps that are nocturnal and don't bother with humans at all.  All they want to do is attack and kill fly pupa.  They're good like that. 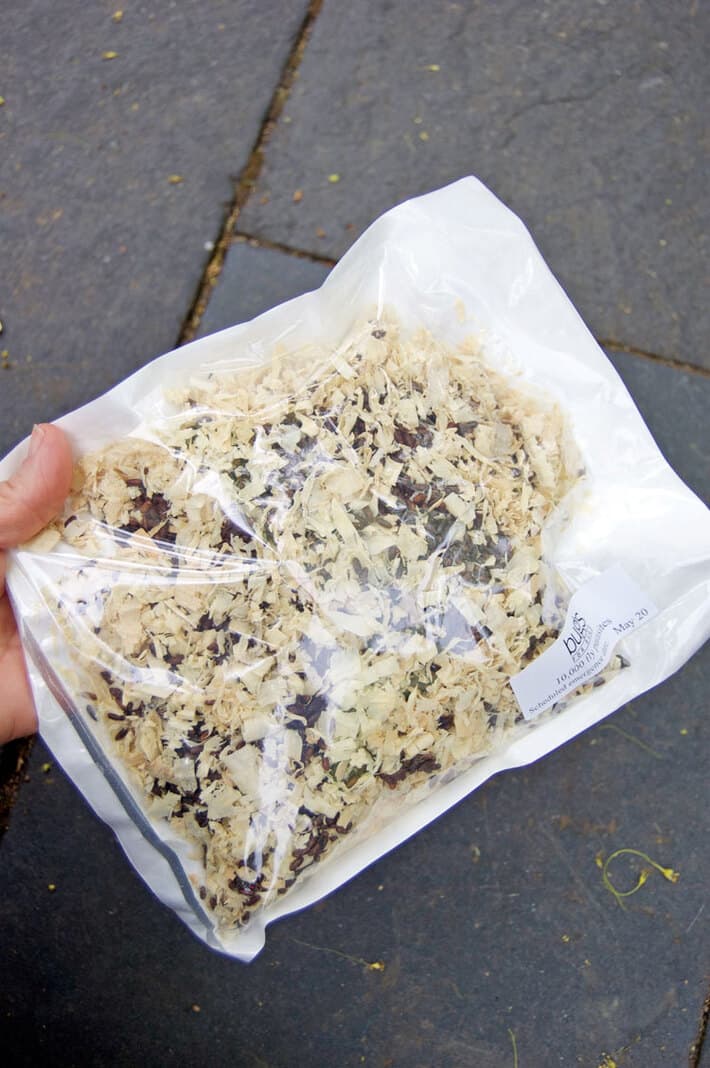 The fly parasites arrive at your house in a small bag, in small box a couple of days before they've hatched.  You just sprinkle them around the bottle fly gangland and wait. 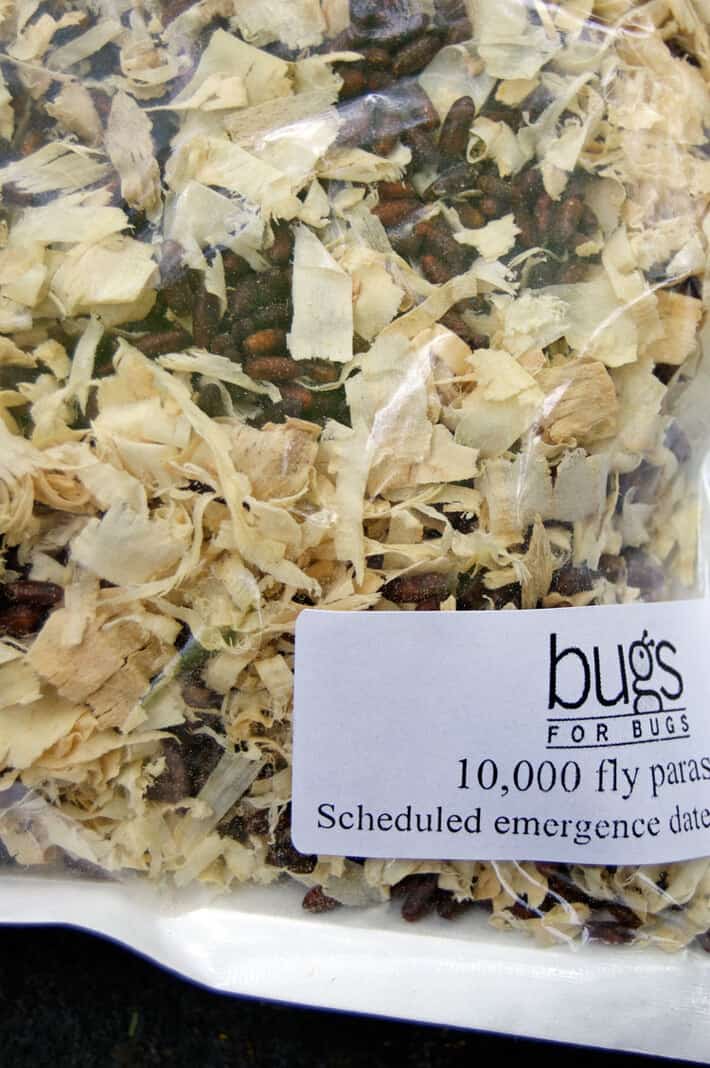 Because I have chickens who are notoriously curious and hungry (Norma the chicken once proved this when she lunged at me and ripped a half carat diamond earring out of my earlobe), I did my best to hide the fly parasites when I sprinkled them. I put them under the poop board and behind boxes in the run and anywhere I could find that they'd be protected until they emerged.  Fly parasites are incredibly effective killing machines, but they can't do much of anything if they're in your chicken's gizzard. 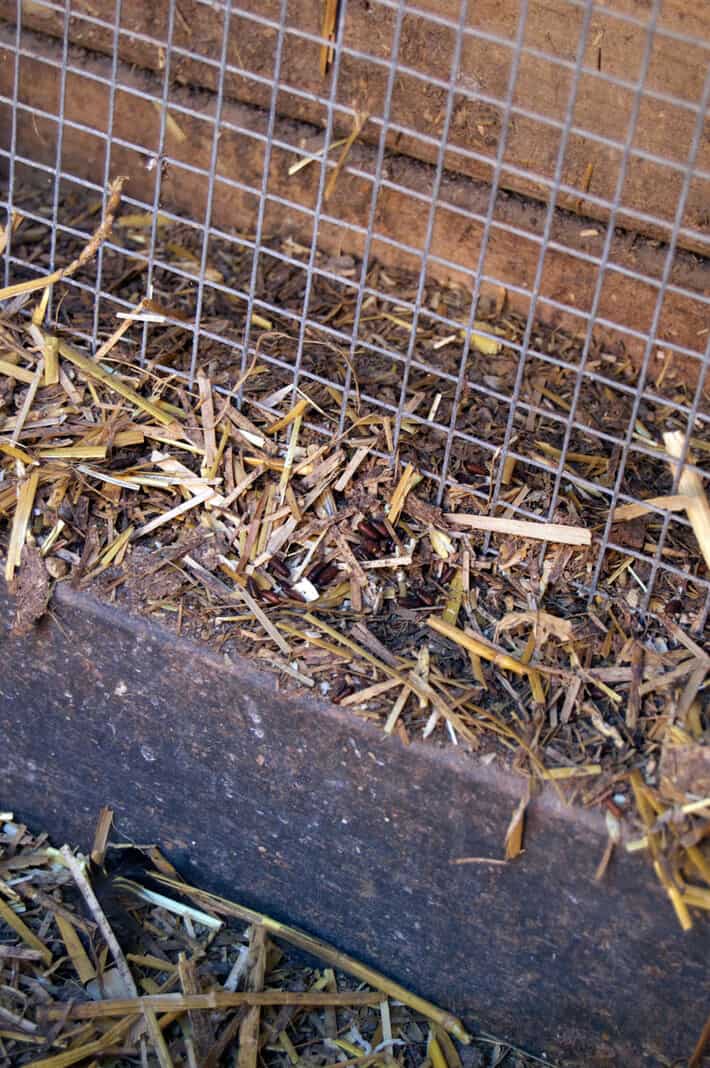 I sprinkled them around the edge of the coop ... 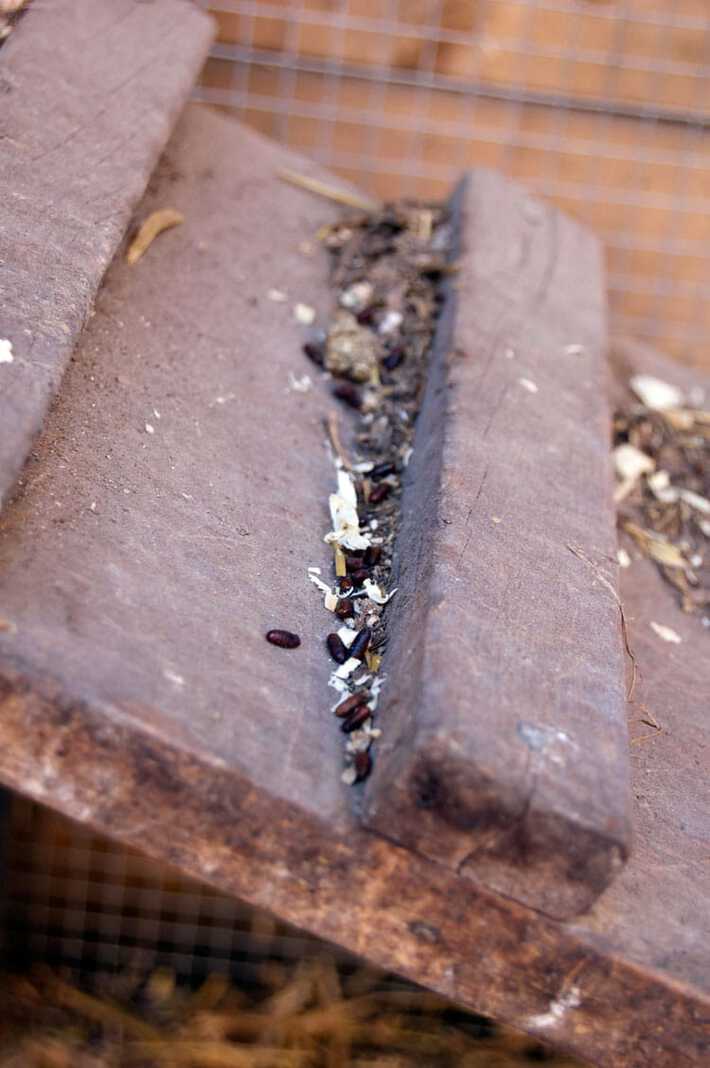 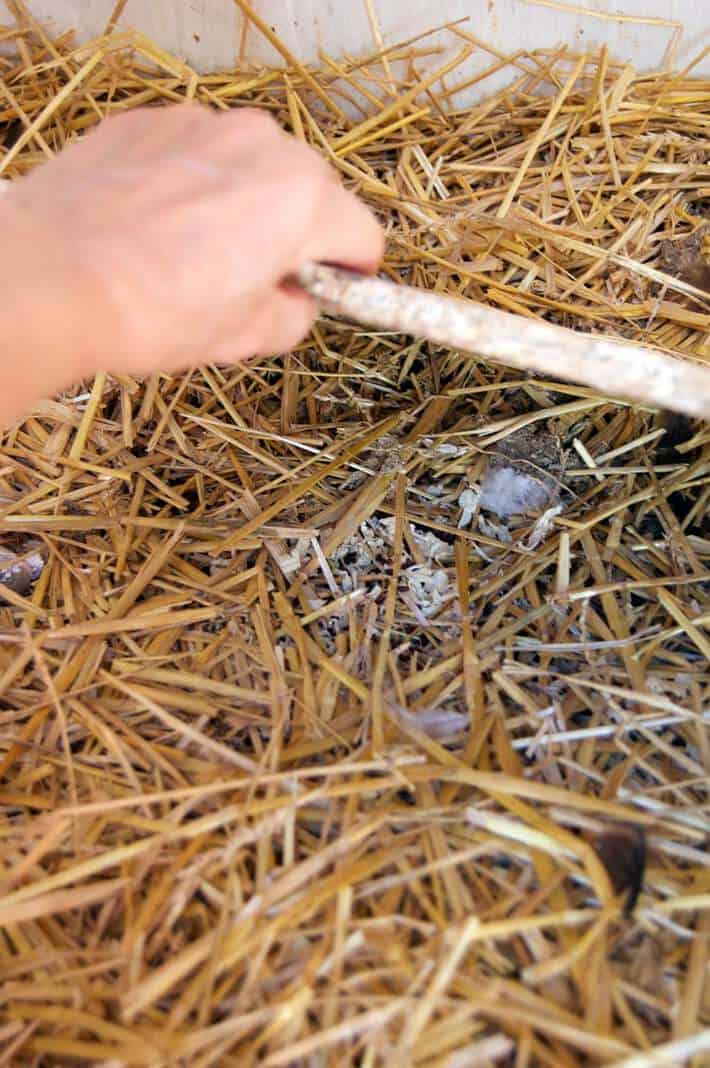 ... under their poop board.

Just days after I added the fly parasites to my coop area it got REALLY hot here in Southern Ontario.  Crazy hot.  Idris Elba hot.  Which happens to be the preferred weather condition of bottle flies.  Normally when it heats up bottle flies seem to multiply within minutes, covering everything in sight with their bottle fly rave dance party.  I hate them.

But this year when the weather heated up there wasn't a fly to be found.  Well, there were a couple but not many.

Conclusion?  Fly Parasites seem like something out of science fiction.  And they are. And that's probably why they work.  It's nature versus nature just like on an episode of Mutual of Omaha's Wild Kingdom.  And like that tv show I gave nature a little bit of a hand, by bringing the fly parasites in myself. I basically let nature take it's course, I just made sure there was a fair fight.

I'm still going to make my old fashioned fly trap, because I still want to trap the few flies that escape the fly parasites.  It's always good to use at least 2 methods when you want to protect yourself.  Any well seasoned lady of the evening will tell you the same thing.

I'll keep getting delivery of these fly parasites every 3 weeks throughout the summer and that should keep the bottle fly population quieted down quite a bit.  I'm encouraging my supplier to come up with a 15 year old boy parasite to quieten them down but so far no luck.