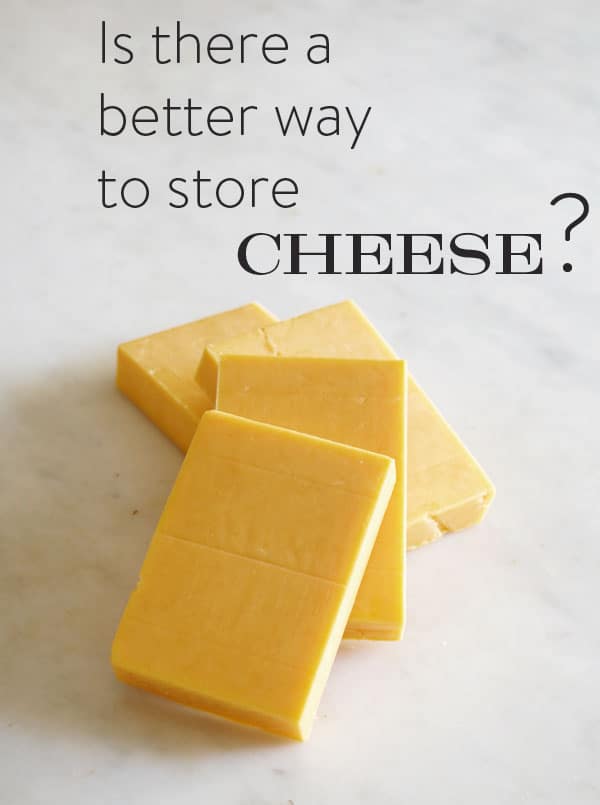 I'd like to take you back to a very dark time in my life.  It was a day I hope I'll never have to repeat again.  As I remember it, it was a fairly warm day.  Time Magazine had named German Chancellor Angela Merkel as its 'Person of the Year' and McDonalds had just opened it's first stand alone coffee kiosk, McCafe. 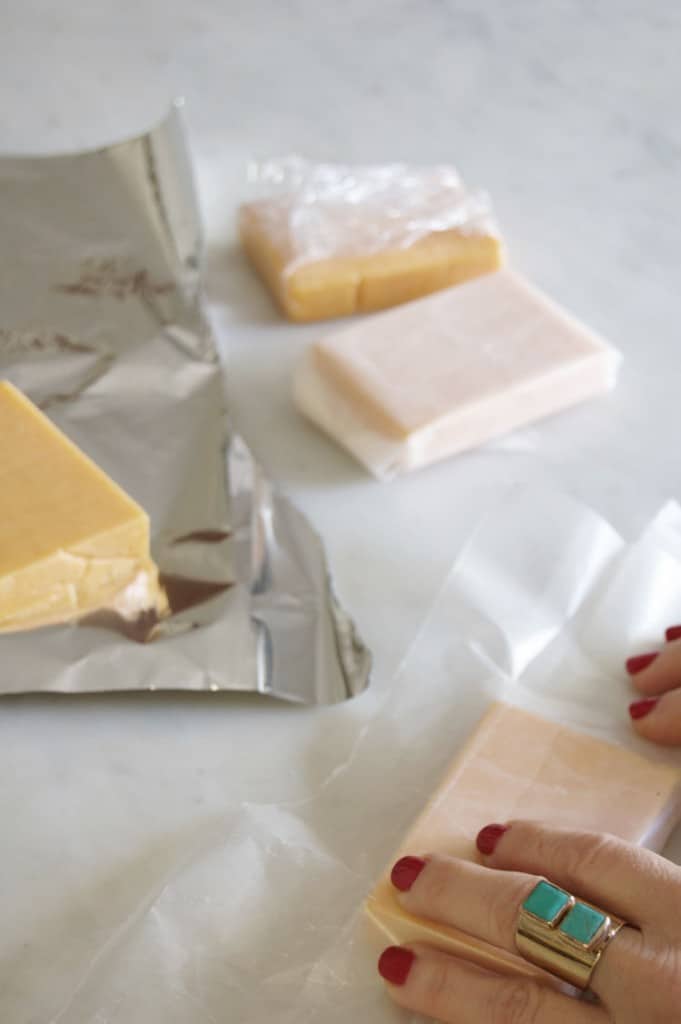 It was December 9th, 2015.  The day I had to sacrifice an entire block of cheese to the research and development lab in my house.  The kitchen.

I love cheese.   I'd say it's the kind of love that a lot of people would call "unnatural", but heh,  there's no such thing as an unnatural love of cheese.  No matter how great your love of cheese it is NOT unnatural. And don't let anyone tell you any differently.  I used to do commentary in the middle of The Jerry Springer Show so I'm pretty well versed in cheese.  Jerry and his band of chair throwing curiosities came upon a bit of a stumbling block one episode. This one show in particular, was titled, "I Married My Horse".  It was about a man.  Who married his horse.

After a bit of a stink, some hoopla, and several lawyers the show was banned for airing.

Had that show been titled "I Married My Cheese" I'm sure we'd all have been a lot more understanding. 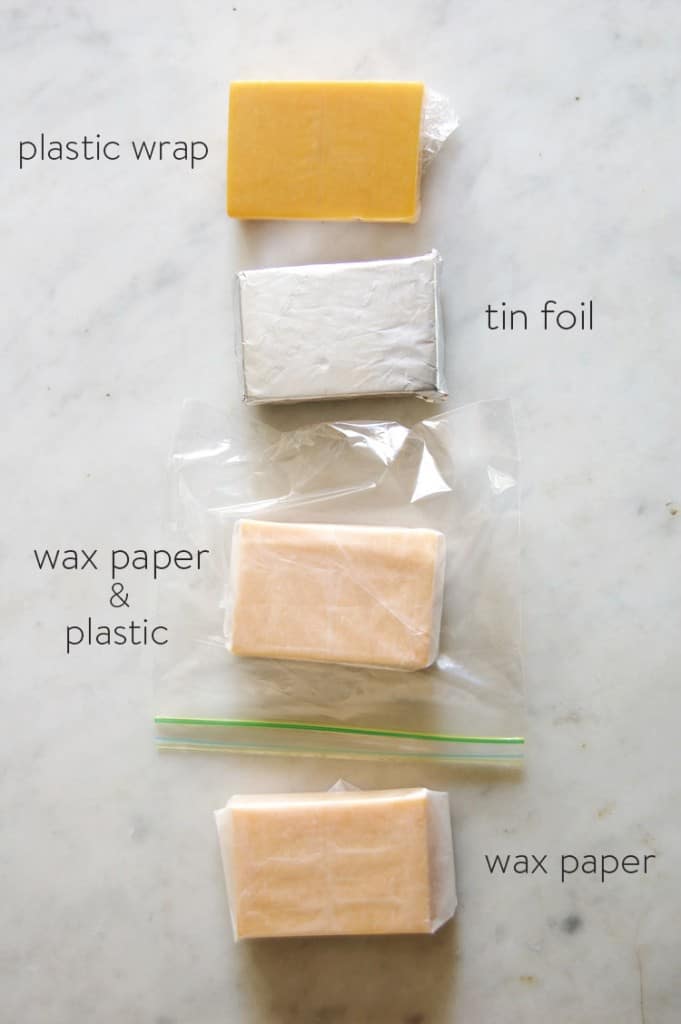 But I had to sacrifice an entire block of cheddar cheese because I wanted to see if wrapping it in different materials would have any affect on how long it could be stored before going mouldy.

They actually sell "cheese paper" for wrapping cheese but that shit's pricey.  So I figured I'd take every method of wrapping cheese I could find on the Internet and give them all a shot.

I cut my block of cheese into 4 equal sections and wrapped each of them a different way.

Each of these methods has an advantage and a disadvantage.

Now, as far as I'm can tell any of these methods will work just fine if you only want to store your cheese for a week.  But what if you want it to last a few weeks?  Even a month?  What then?

So on December 1st I packaged all of the cheese up, stuck it in the back of the fridge and forgot about it. 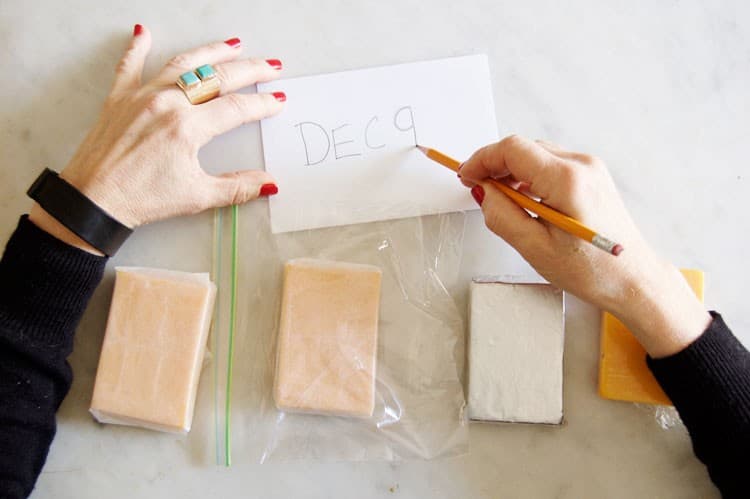 When you handle cheese you aren't supposed to touch it with your bare hands because of the bacterial carry over.  You're supposed to use surgeons gloves.

Since I'm not insane and assume you aren't either, I just touched the cheese with my fingers like a normal person would when wrapping it up.

On February 8th I unwrapped my science experiment to very surprising results. 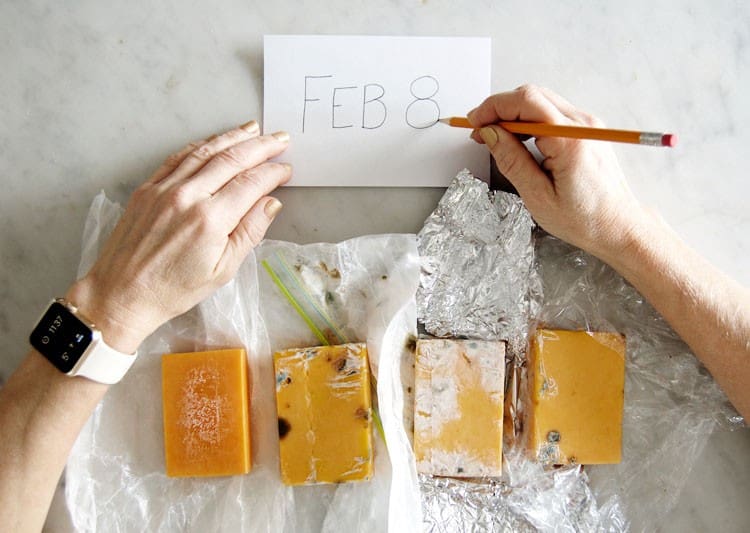 Here's how they fared.

But the most surprising thing about this experiment was the OTHER side of the cheese.  The side that was actually touching the shelf of the fridge.  The bottom of it. 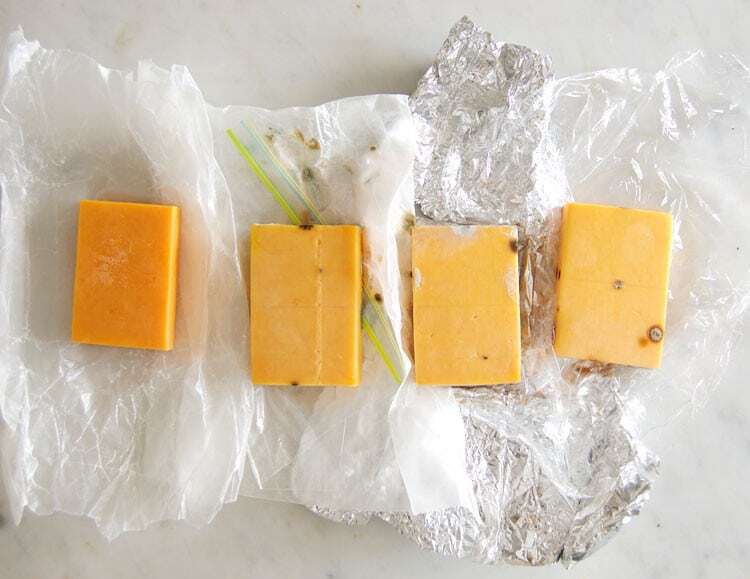 The underside of all the cheeses had far less mould growth than the top of it.

It would seem this could have to do with three things.  Light/temperature/air.  The underside of the cheese was pressed flat against a dark, cold surface that would keep more air out than the top of the cheese.  The glass shelf of the fridge would be slightly colder than the actual air and conduct more cold.  Since my fridge is a glass front fridge, with a light on inside of it 24 hours a day (LED light) the cheese in wax paper and plastic wrap would be subjected to a certain amount of light all day.

I have no idea which or which combination of things created the almost mouldless underside of the cheeses, all I know is that it happened. 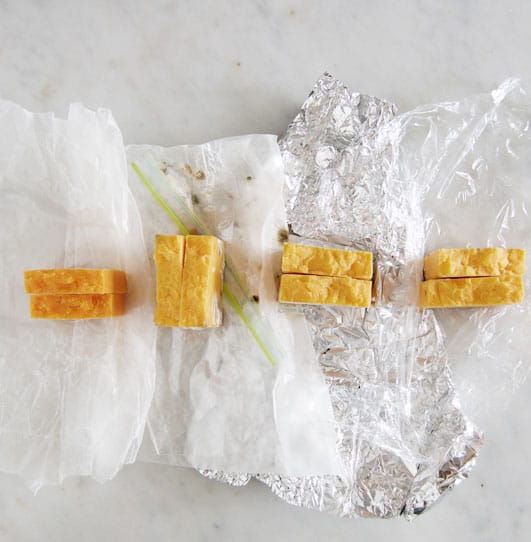 Breaking open the cheeses all of them looked the same.  Mouldless.

Mould grows inside hard cheeses through little branches from the surface inwards and they tend to extend slightly less than an inch.

So if you had a big block of cheese with mould on it, it's recommended that you cut off 1" all around the mould.  If your cheese is only 1" thick, like mine here, you're out of luck.

If your cheese only has mould on the cut end though, you're perfectly safe to just cut off an inch worth and eat it.  Not the mouldy inch, the rest of the cheese.

And let's face it.  We've all taken a hunk of mouldy cheese and cut off all the mould and then eaten the little sliver left inside during a moment of cheese craving weakness.

I know right now there are several of you getting ready to type "It's fine! You're just eating penicillin!" so let me cut you off right now.  Penicillin mould is a bright blue/green mould that came off a cantaloupe in the 40's.  That's what penicillin is made of.  You can in fact grow your own Penicillin but it's grown on bread or citrus peels, not Kraft Cheddar Cheese.

Since this isn't a post about making your own Penicillin I won't go into it further but suffice it to say, much like puff pastry, there are some things you should probably just buy pre-made.

The results of my cheese experiment?  I'm not really sure. I guess plastic wrap looks like the best option, which is funny because it's the #1 way most people advise against.

By comparing these 4 methods  I'll probably just continue to store my cheese the way I always have.  In my stomach.