A lump. Two words.  That's all it takes for any woman to know exactly what you mean. 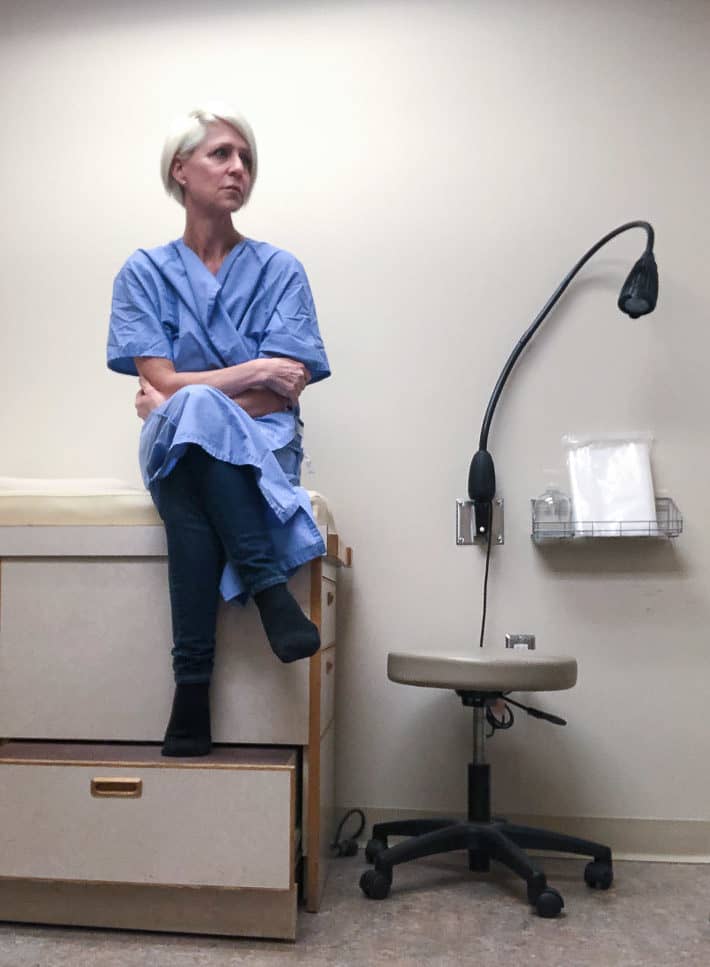 At this very moment in time I have no idea if I have breast cancer or not, but by the end of this post I will know. I'm writing this post after an incident the weekend of February 16th.  If you've ever had a cancer scare you know the drill.  Something's wrong, you Google everything that wrong thing could be and definitely decide it's probably cancer.

Loose teeth?  Must be cancer.  Yellow fingernails?  Cancer.  Unable to watch an entire episode of Game of Thrones?  Regrettably ... cancer.

The problem is ... when you find a lump in your breast, that's really the most logical direction for your mind to go.

On Saturday morning I woke up with a sore spot on my boob. Not the whole thing, it wasn't radiating, it was in one place.  I poked around and my knees went weak when I felt a lump. A big one.

As I sit here, I am certain of two things.  That all the men are currently scrambling to close this post as fast as they possibly can, and that even having the remote possibility of cancer descending on you can completely justify eating an entire bag of Ruffles with dip.

As is often the case with something like this, it happened on a Saturday morning which meant I had the whole weekend to try to not freak out. Plus I had to wait through Monday as well because Monday was a holiday.  By Tuesday morning nothing had changed so I knew I had to make a Doctor's appointment.  Also by Tuesday morning I couldn't concentrate longer than 2.5 seconds on anything.

When I finally got to call my Doctor 3 days after my discovery I was told she would be unable to attend to my crisis on account of she was holidaying.  Would I mind going to see a stranger Doctor in another city who's been out of medical school for precisely 1 year.

So off I went to see Dr. One Year knowing it really didn't matter. This appointment was going to end with her ordering me to get an ultrasound and a mammogram. I knew that. I mean if I couldn't tell whether it was cancer with my 3 straight days of Googling and poking myself then she wouldn't be able to tell either.

I sat alone in the office waiting, thinking this is why women have husbands.  This might be the only real reason to have a husband.  So someone can sit in the waiting room with you holding you tightly so you don't donkey kick the chatty woman next to you.

At this point I haven't told anyone because there is nothing to tell other than My boob is being weird. Oh and Dr. Google says it's cancer.  Best not to say anything until I actually know something.

I got an appointment that very day.  After the Doctor examined me (by some stroke of good luck I was seen by a senior physician) she told me to get dressed and wait while she made a phone call.

I could hear the some of the call from the outside of my examination room.

The Doctor came back into my room and explained that she was sending me for tests at the hospital I originally had a mammogram about 2 years ago.  At least I thought it was 2 years ago.  Turns out it was 4.

I kept meaning to make an appointment.

I've been told that as an urgent case I should be given an appointment within the next couple of days.  And that's where we are right now.  With me at home, the night after my initial Doctor's visit waiting for a call to confirm my urgent mammogram appointment.

After 4 days of waiting and 17 bags of Ruffles I finally got a phone call telling me I got an appointment at the breast assessment centre.  For March 7th.  17 days after my initial Doctor's appointment. Now I don't know if you know this but Cancer time is a little different than regular time.  When you're waiting for results, time slows downnnnnn and each day lasts approximately 1 year.  That means my appointment was going to feel like waiting for 17 years.

The breast assessment centre called to say they had a cancellation and could I come the very next morning?  Yes.  Yes I can.  Not even a blizzard could stop me, which by the way we're supposed to be hit with the at the very time my new appointment is.  That's O.K.  I'm full up with Ruffles and have an extra layer of protective fat. I'll walk the 12 kilometres if I have to.

It's now the evening of February 26th as I write this and I don't mind telling you I feel quite ill from the stress of it all.  The pain is gone, I don't have that anymore so one of my symptoms has disappeared.  However for the past week I've had a fever.  This is giving me hope that I'm only riddled with some time of non-lethal pussy infection.  I'm almost certain that's the correct spelling of pussy.  As in filled with puss.  I understand it reads a bit differently, but I can assure you only one of my lady parts is malfunctioning - my boob. 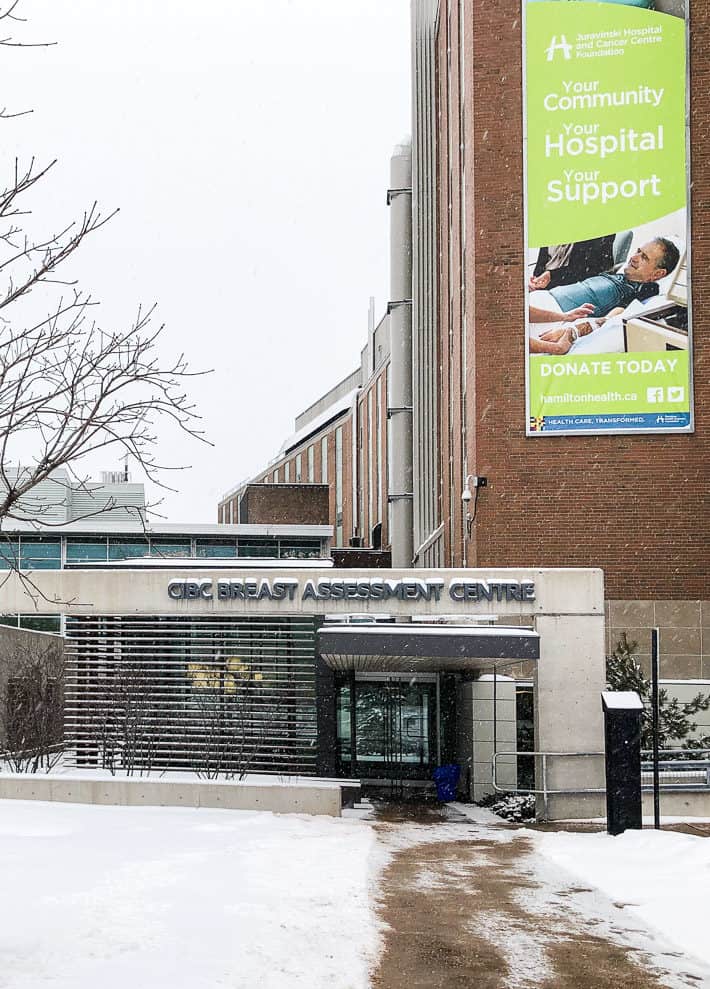 At least it's a beautiful building.  Beauty is calming so walking into this as opposed to a cinderblock dungeon somewhere in the basement of a hospital is much appreciated. 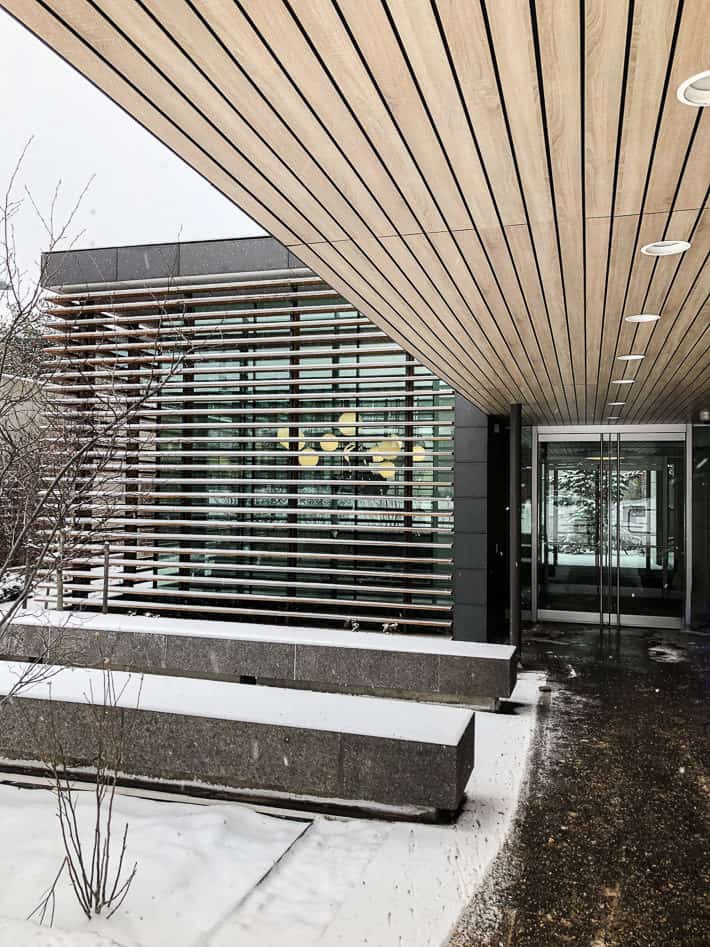 My appointment took place at 9:45 a.m. in this facility in the middle of a snow storm.  First up mammogram.  Actually first up getting into the contraption they call a "gown".  Then the mammogram.

Once you have your mammogram you sit out in the waiting room watching I Love Lucy reruns with all the other women wearing  contraption gowns waiting for results or for their initial scan. 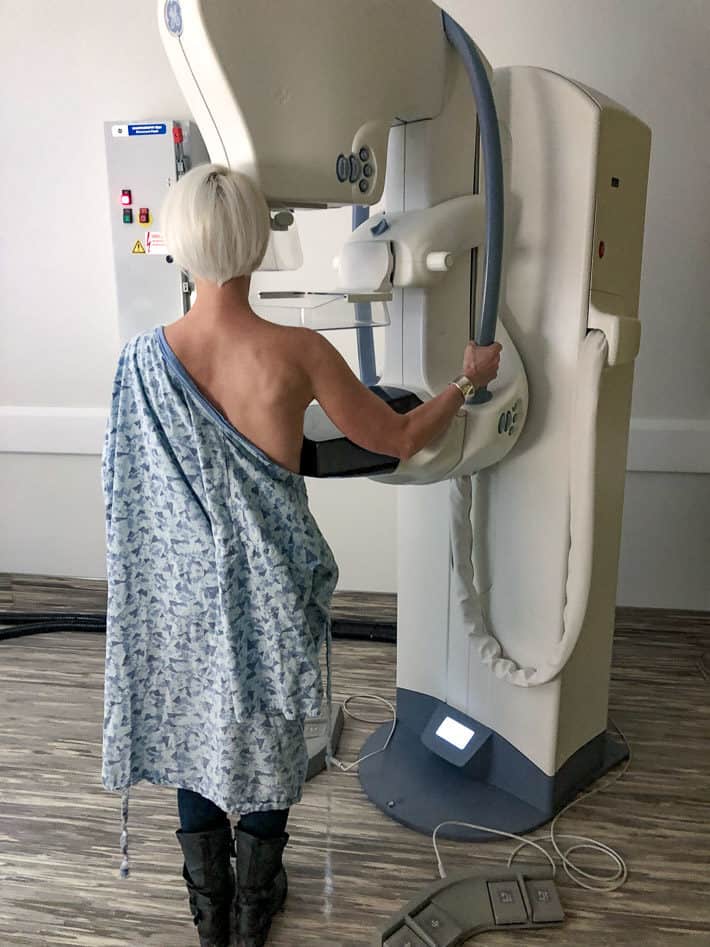 Did I mention you're not allowed to wear deodorant when you get a mammogram because it can interfere with the results as well as your dignity?  So no deodorant during one of the most sweat inducing moments in your life.  I mean there's cancer tests and pregnancy tests.  Those are the two sweatiest moments in life.

It didn't really matter because I was so anxiety filled that all liquid producing pores or holes in my body completely shut themselves off.

15 minutes after my ultrasound and 1.5 hrs after I got to the hospital I was given the results.

I don't have cancer. 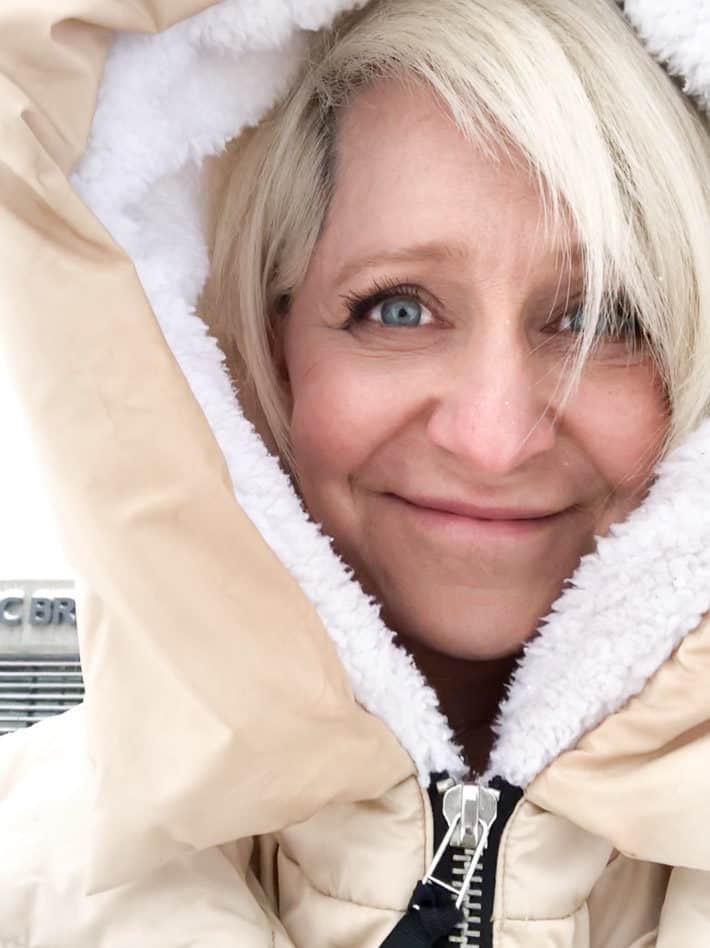 I am however filled with cysts and need to be checked again in 3 months.  The ultrasound can see the density of things and whether they're solid masses or fluid filled.  Mine were fluid filled and one is possibly infected which would explain the week long low grade fever.

Cysts are harmless.  But I do need to be checked again to make sure they're shrinking.  Apparently they flare up then shrink.  There is no known cause for cysts.

I'm home celebrating by wearing sweat pants and eating cheese and crackers and the relief is just setting in.  I'm a huge advocate for mammograms.  I wrote a post on the fact that everyone should remember to go regularly for mammograms including everything you can expect to happen while you're getting yours.

One, two, three, four years went by and I didn't get a mammogram.  Which is enough time for cancer to sneak up and attack you.  If you get a mammogram every 2 years they can catch it early enough that it's completely treatable.  THAT'S REASON ENOUGH TO GET ONE.

Do you know anyone with terminal cancer?  Imagine if they could have taken a 10 minute test to prevent it.  And chose not to.

That's what you're doing when you choose to skip a mammogram.

I have something to tell you.  I think now's a good time for you to book your next or first mammogram.