Fun Facts about Cadbury Eggs (One is Truly Alarming)

The Cadbury Easter Creme egg has had more of an impact on my psyche than the time I got a spiral perm. That story, plus an alarming fact about this tasty treat. 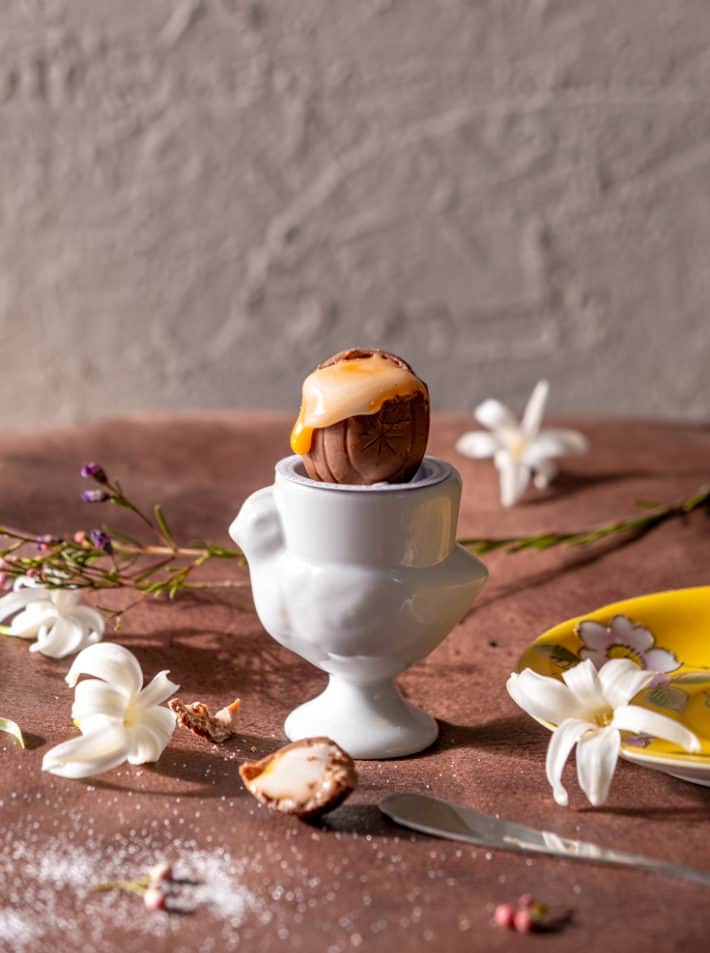 Is this the kind of Easter morning breakfast you indulge in? No? Me neither. But this scene doesn’t even come CLOSE to a truly alarming Easter Creme Egg fact. ( Skip right to the facts.)

I used to feel “off” every time March marched around.  Irritable, listless, just not myself.  Why all the melancholy you ask?  It was the time of year.  Spring was in the air, the sun was shining, the days were longer and flowers were gathering the strength to burst through the soil.  It was just awful.

This feeling of emptiness crashed down on me every year because I had no one to buy me … an Cadbury Creme Egg. Some women want diamonds. I want an inexpensive chocolatey treat I could easily buy myself.

But that wasn’t the point. I wanted someone to BUY IT FOR ME.

When I was young my father would give me an Easter Creme Egg (and weirdly, several sticks of hot pepperoni) every Easter.  After that my boyfriend took over the Creme Egg duty and a couple of times prior to Easter he’d pop a couple out of his pocket while we were watching television at night.

It is the only Easter decoration I’ve ever loved.

After 7 long years of being stubborn, this year I decided to suck it up honey and I bought my own Cadbury Creme Egg.   But in keeping with the surprise aspect of it, I tucked  them (yes more than one) away in a drawer to forget about until I remembered them.

I’m sneaky like that. Combined with my perimenopausal forgetfulness I KNEW I’d be able to surprise myself. 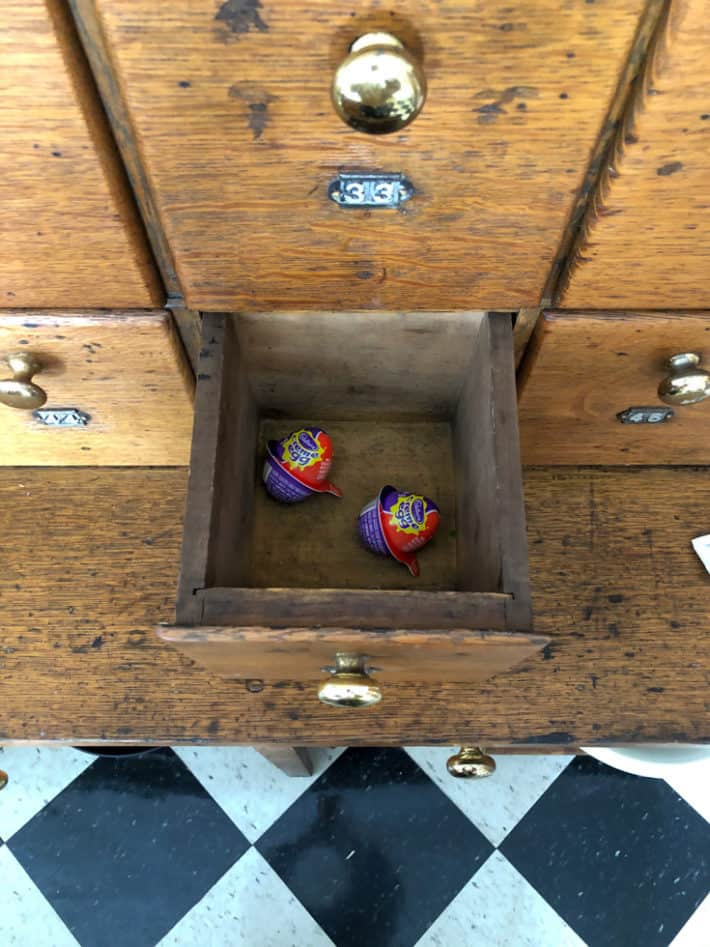 For anyone new around here I can assure you that I am, generally speaking, quite independant. For instance, I buy my own toilet paper, dish soap, gas, and drill presses.

There was just something about not having someone to buy me that Easter Creme Egg that bothered me. Now it doesn’t bother me at all. Now what bothers me is I’ve realized I can in fact buy my own. On account of this I’ve eaten 14 Easter Creme Eggs this year.

I fear if I don’t find a new boyfriend or father soon that children will start poking me with sticks just to watch me ooze fondant.

FACTS ABOUT THE CADBURY CREME EGG

What IS it we love about it so much?  And what happened 5 years ago that sent people screaming in the streets in a Cadbury Easter Creme Egg revolt?!  All that and more coming up …

The Cadbury Creme Egg is probably a lot older than you think it is. Not the one you bought at the variety store last week (although to be honest with you if the filling is solid I don’t like your chances of it being certified fresh) but the Cadbury Creme Egg in general. 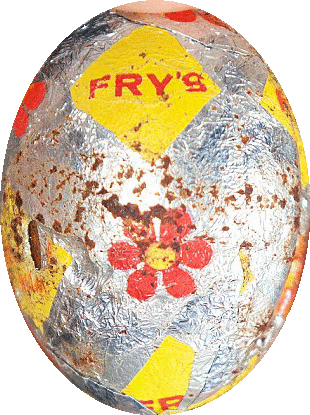 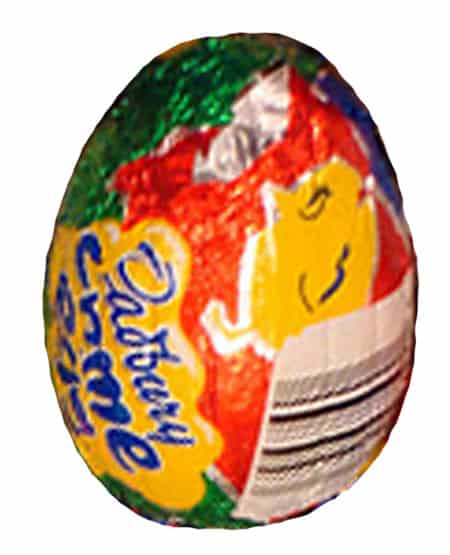 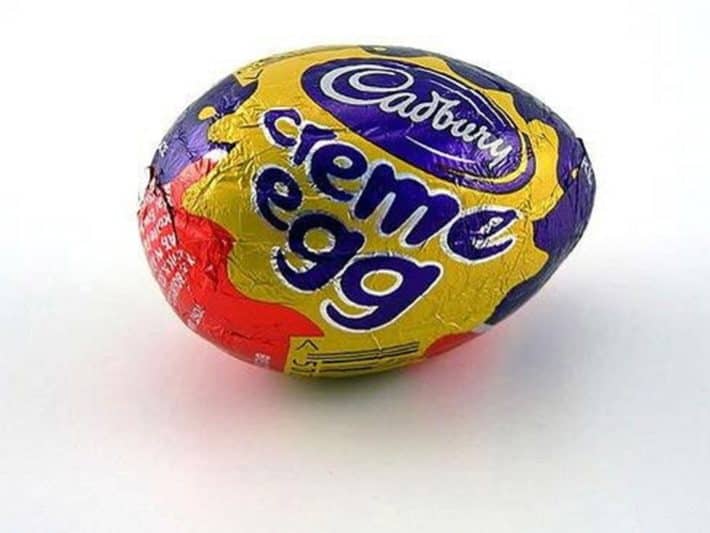 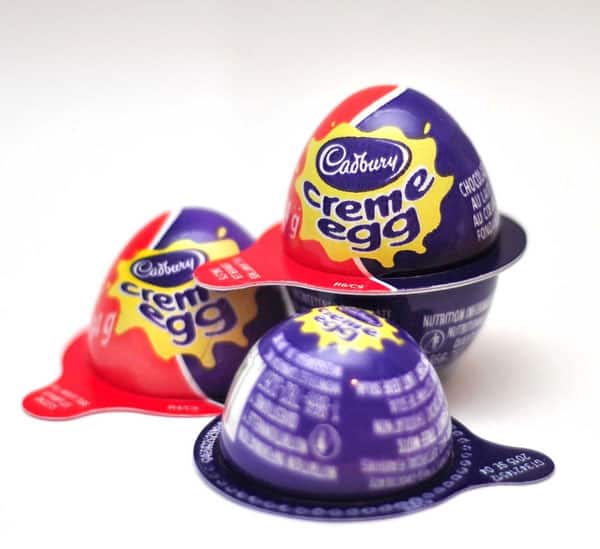 But MOST alarming is this one Cadbury Easter Creme Egg fact.

In April of 2019, this hit the shelves in the UK. If you have children in the room  you might want to send them out for this next bit. 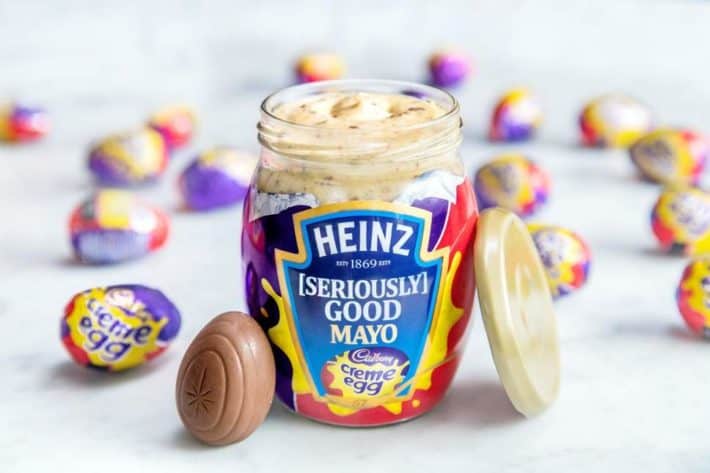 That’s right. It’s Heinz Easter Creme Egg flavoured mayonnaise.  In other words, tangy, creamy mayonnaise that has a sickeningly chocolate and fondant spin to it.

The alarm this caused in the UK when it was introduced in 2019 resulted in various people dropping to the ground immediately curled up into the fetal position asking to be nudged when the nightmare was over.

What Are Cadbury Eggs Made Of??

Who invented the Cadbury Creme Egg?

This is an interesting story. It was the coming together of two companies that resulted in the creme filled egg.

It all brings me back to being a kid in Canada when someone at Hostess not only came up with the idea of Grape flavoured potato chips but convinced the company to make and sell them.

If I had to guess why the Easter Creme Egg has be so deeply and emotionally ingrained in my psyche I’d have to point to this.

I don’t know how old I would have been exactly when this commercial came out but it would have been young. Maybe 7? I remember being enthralled with how happy everyone in it was. Having fun and wearing ice cream hats and roller skating their hearts out. The idea of the magical Easter Creme Egg representing happiness, fun and being with the people you love was engrained.

Now this single woman has to strap on her roller skates and find herself a variety store. 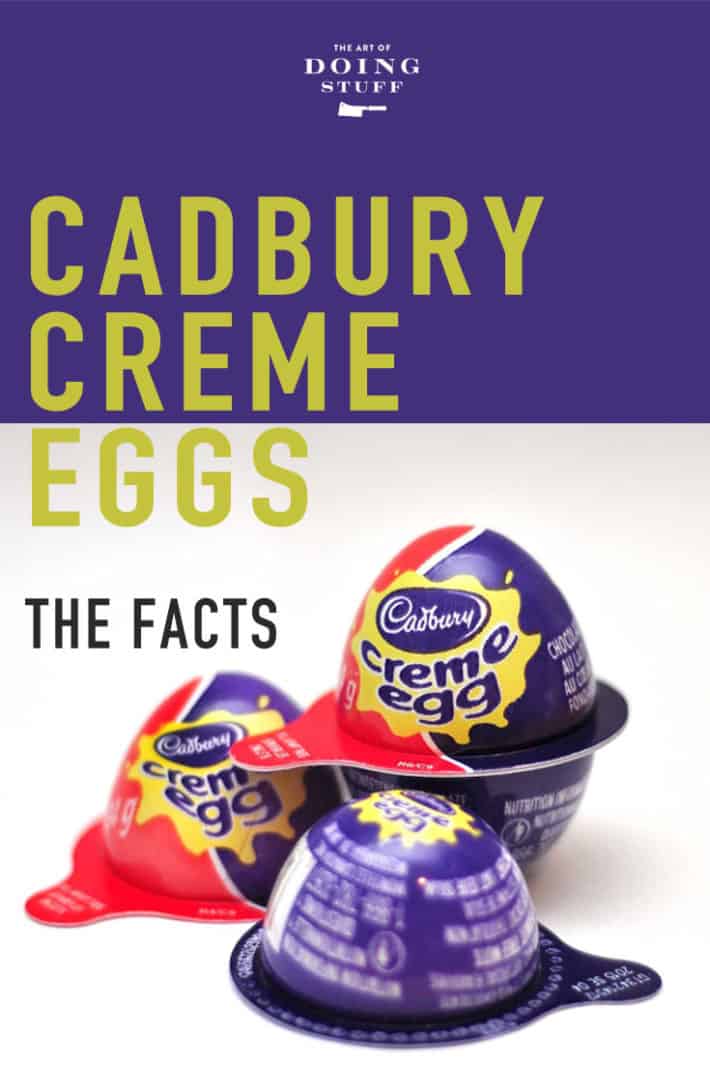