Home » Everything Else » DIY NO SPILL CHICKEN FEEDER

It’s 7 o’clock, or close to it, on a warm summer morning.  I’m still in bed, awake, but trying to fall back asleep again.   Everything is quiet and motionless, with just the faintest sounds of the neighbourhood coming to life.  A car door closing as someone gets ready to drive to work, sparrows chirping from a tree in the distance.

Just as the heaviness of sleep presses my body deeper into the bed, there is an earth shattering shriek that comes screaming out of the backyard.

The moment I was about to fall asleep again the stupid, screamy chickens decide to ruin my peaceful morning rest. Just my luck. Where’s a leprechaun holding a rabbit’s foot when you need one?

I’m not sure if you speak chicken or not but loosely translated that means, “Hey! Stupid!”. Chickens are quite ignorant. And pushy.

So I hop out of bed and pad down the stairs and out the back door to let the chickens out into their run for the day. My guess is they were bored and wanted to shake their tail feathers around a bit. You know. Have a little fun. Scratch at some straw, roll around in some dirt, maybe poop a little. A real party.

But when I got down to the coop I realized the chickens had no food. In their feeder. There was plenty thrown on the ground, but nothing left in their feeder.

That’s because chickens are pigs. And if you’ve ever gone charging at a pig with a bun and a butcher knife, you know they, in turn, can be chickens.

My chickens have had this problem from day one. They THROW their food everywhere. They stick their pecky little beaks into the grain and just start flinging and chucking everything out of the feeder.

I used to give them organic grain but for some reason that particular food REALLY threw them into a food throwing frenzy. So I switched back to  organic pellet chicken feed hoping it would slow down the daily food fights. 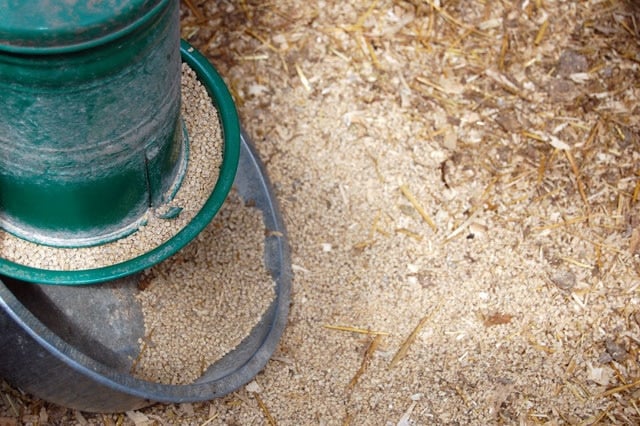 I even put a pan under their feeder to catch a lot of what they flung. Sometimes they’d eat out of that pan, but once it hit the floor of the coop they wanted nothing to do with their food. So it was a HUGE waste. I was having to go up to the feed store twice as often as I should have.

So when a reader (I can’t remember who exactly but I DO thank her) suggested I try this homemade PVC feeder I figured I’d give it a shot. A girl needs her beauty rest and it wasn’t going to happen until this food situation was figured out.

Basically I made a long tube that gets filled with feed. That runs to another small, upward facing tube. The angle and length of the feeding tube prevents the chickens from being able to partake in the food fling. 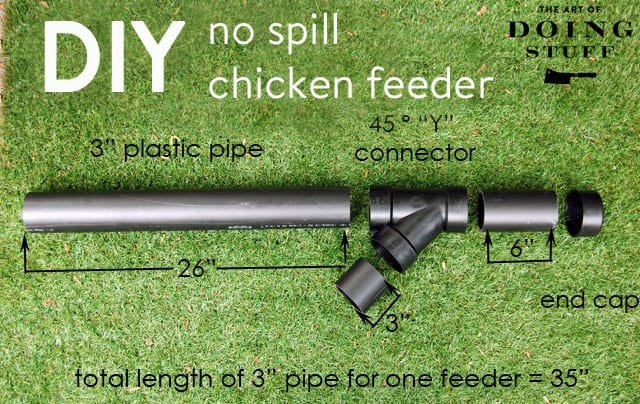 You literally just shove the pieces together. I didn’t even glue them. 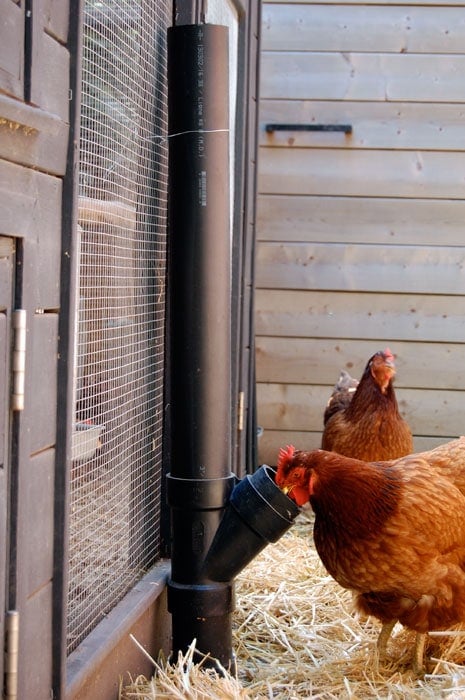 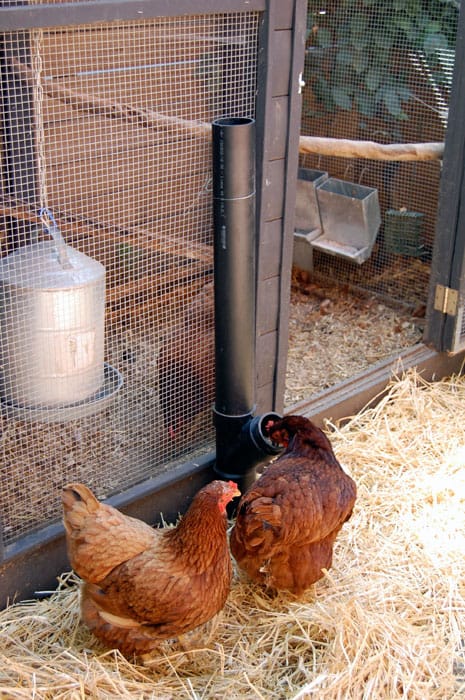 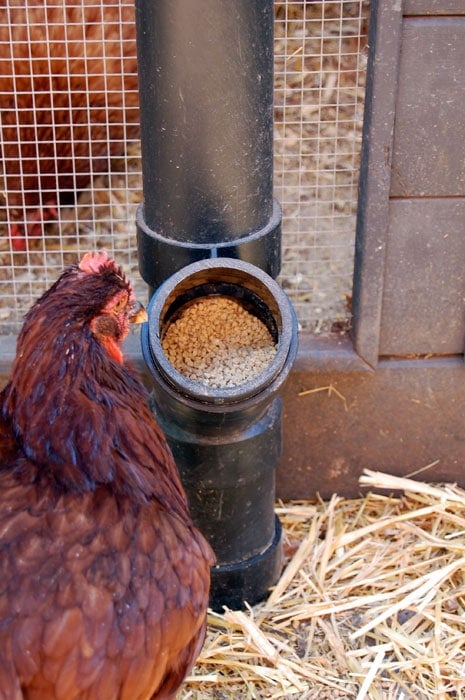 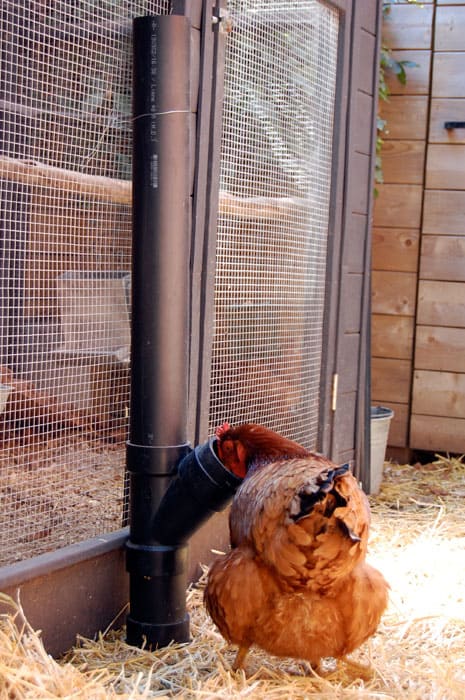 I keep one feeder outside the coop during the day and one inside. At night I bring the outside feeder into the coop to prevent raccoons and other critters from getting into it. One day when I’m at Home Depot, I’ll remember to buy 2 extra caps for the outside feeder. I’ll just put a cap on the top and one on the mouth of the feeder at night and leave it outside.

The caps will keep both rain and vermin out. Unless that vermin has hands and opposable thumbs. Like a leprechaun. If a leprechaun finds my feeder I’m shit outta luck.

(update: I finally found out where the original feeder for this came from … Thanks to Mike’s Instructable.  )

(Second Update:  To stop the feed from dropping down to the bottom of the feeder use this little hack I came up with last summer.  Just add a mason jar sealer in between the bottom piece and the feeding tube. For years I used a flimsy yogurt container lid because … well I have no idea why. Because I was stupid I guess, lol.) 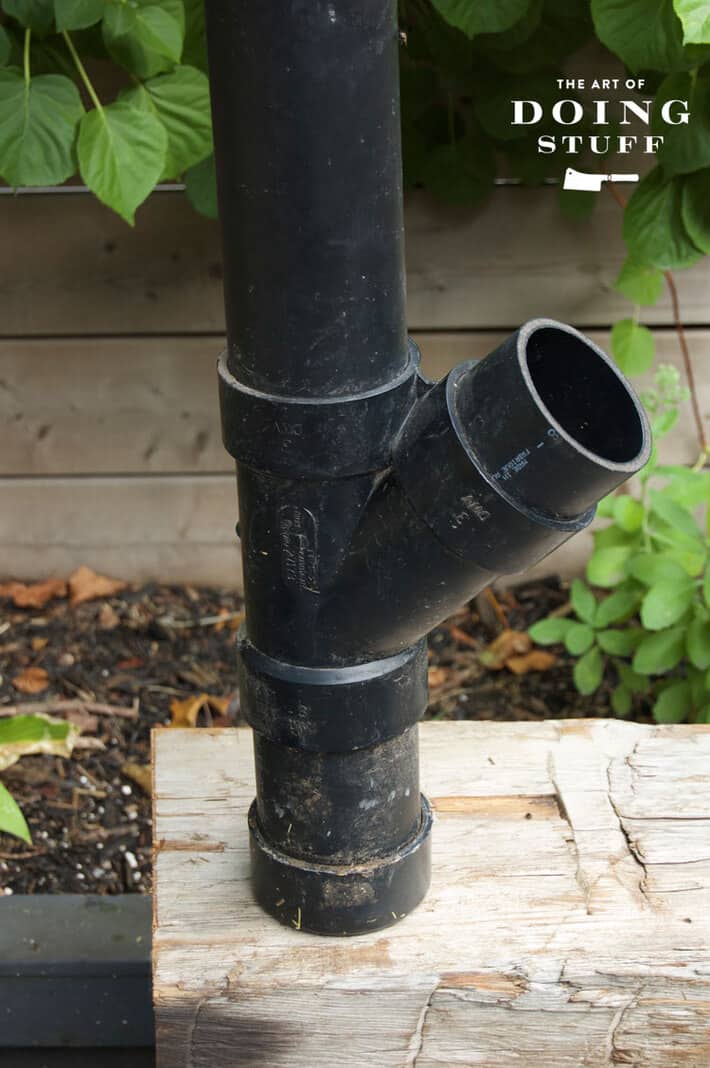 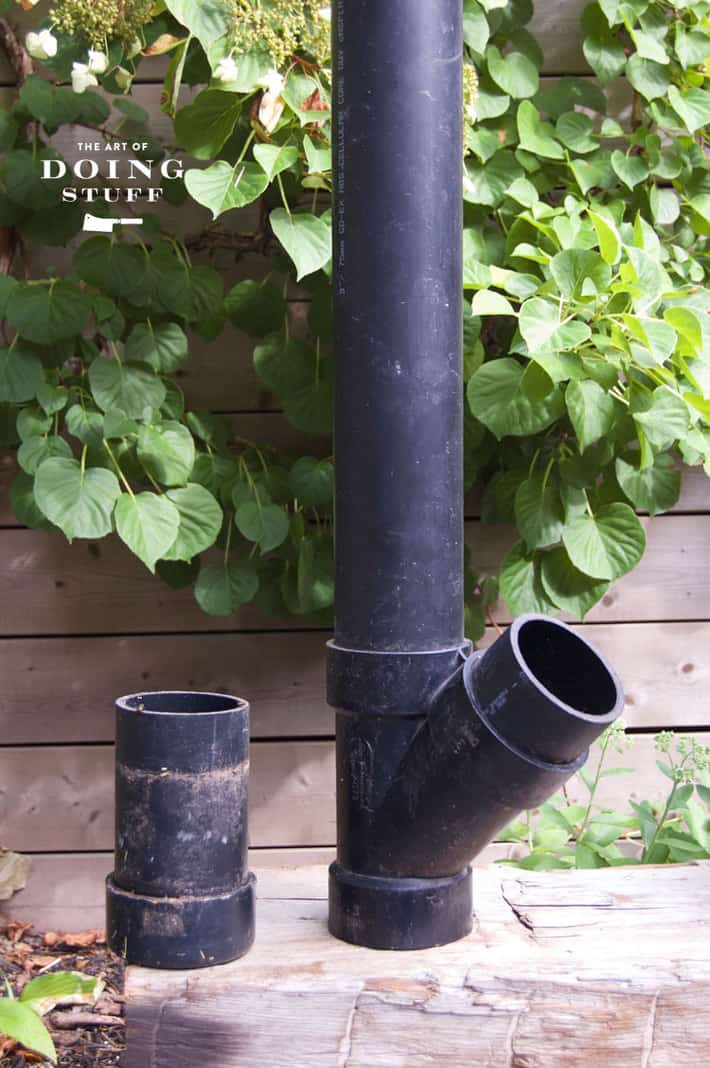 Just take the bottom piece of the tube off (the part that sits on the ground). 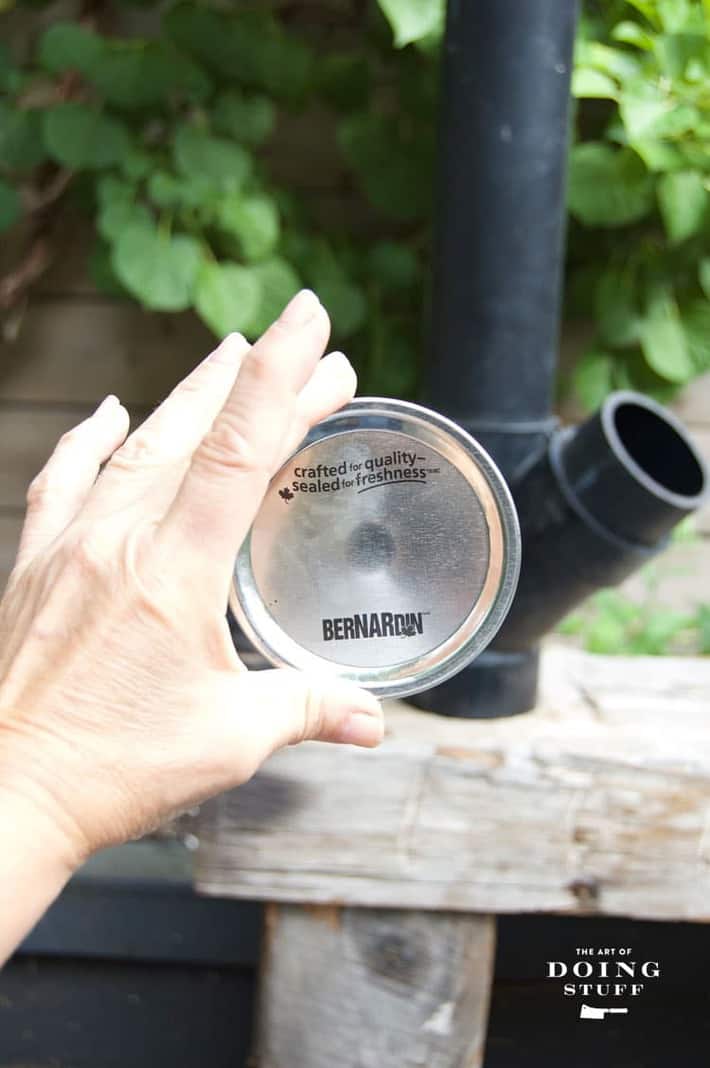 Find an old seal from a mason jar. 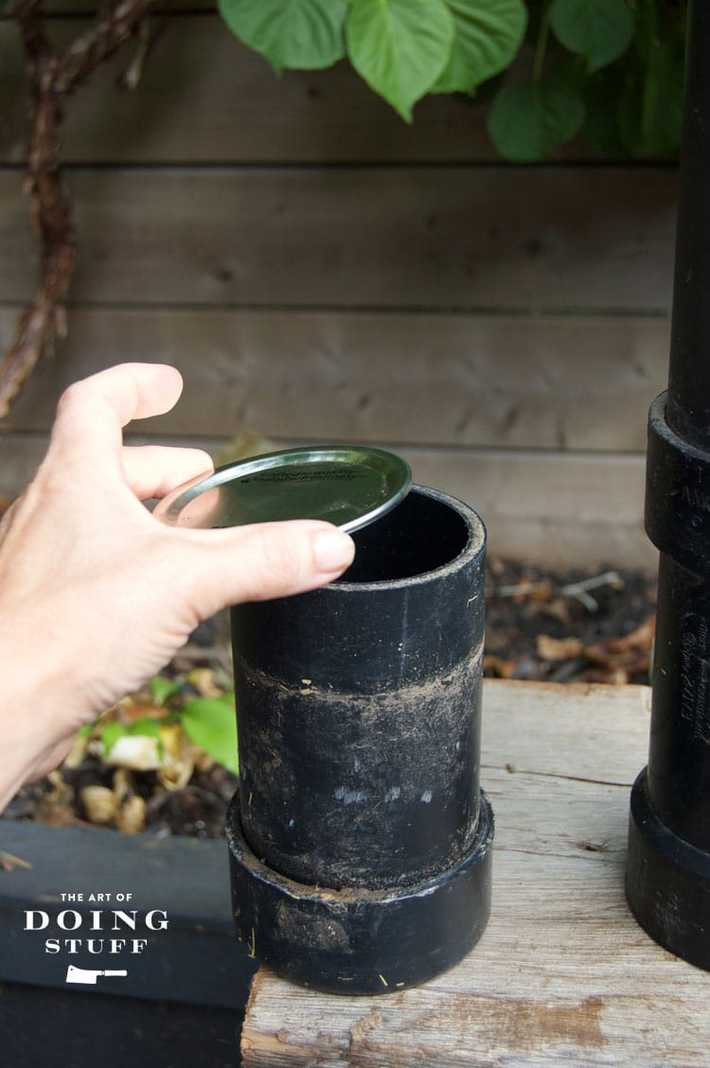 Put it on the top of tube.  A standard (not wide mouth) sealer fits the top of a 3″ plastic pipe PERFECTLY. 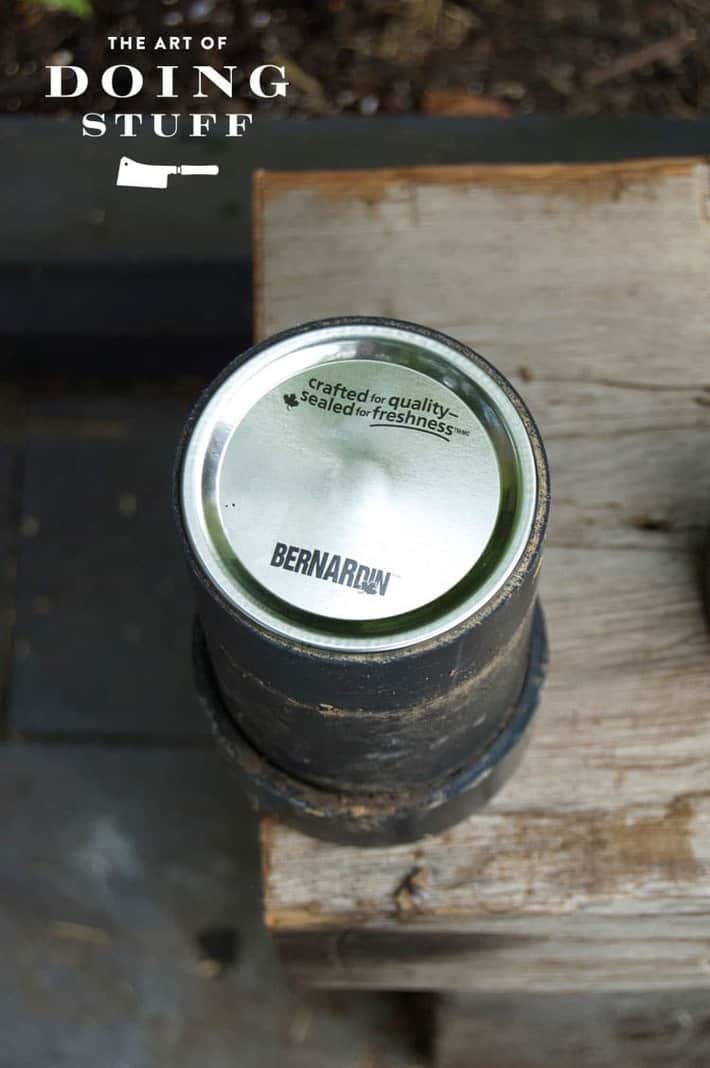 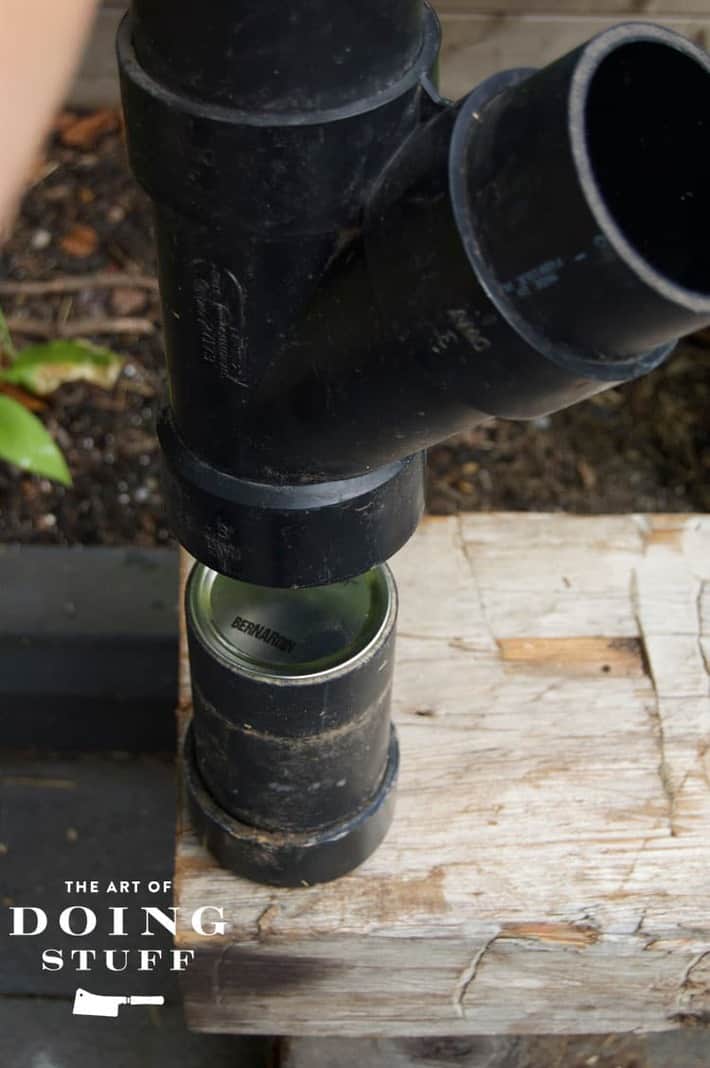 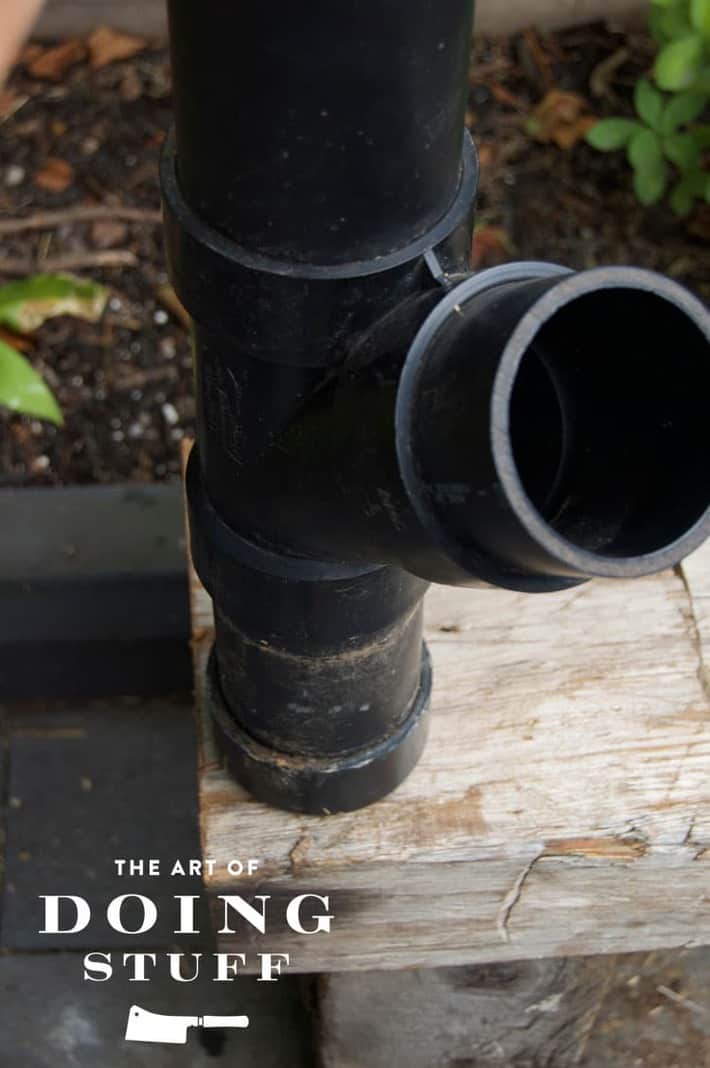 Ready to roll.  Or feed the chickens.  And squirrels and chipmunks and birds … and of course leprechauns.