THE 2 DIYS FROM OTHER BLOGS I JUST TRIED 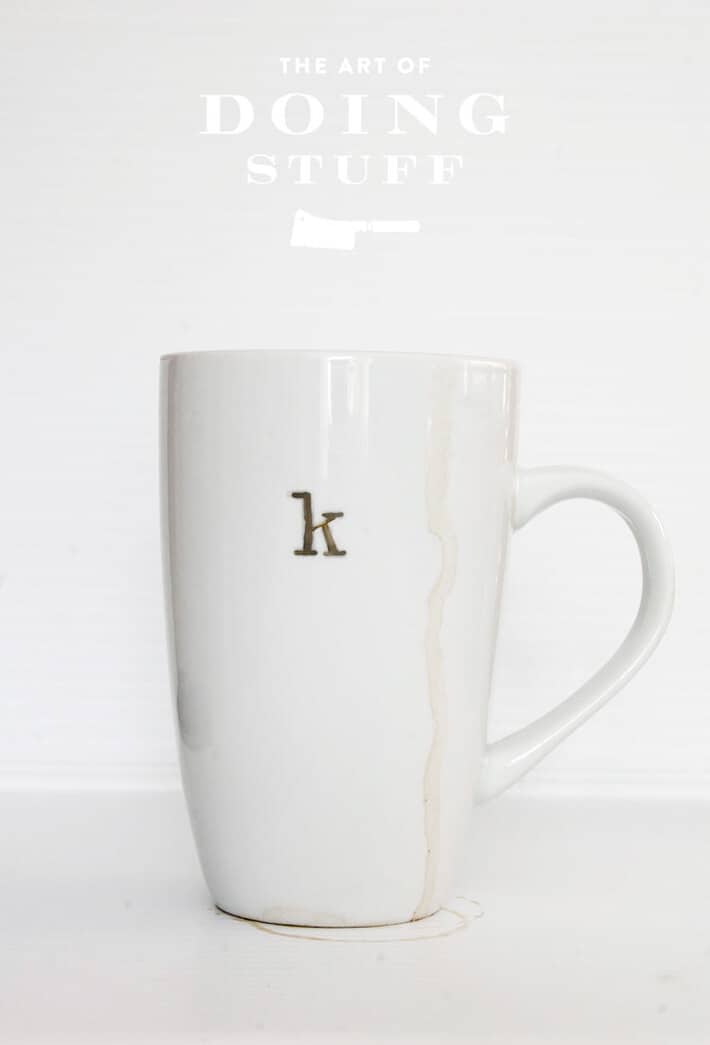 When you try a DIY or something from a blog or Pinterest you hope, you cross your fingers, you throw caution to the wind and think … it TOTALLY seems like it would work. Why wouldn’t it?  And then it doesn’t. You throw out $25 worth of ingredients or materials and every bit of your hope, confidence and faith in making a pair of wedding worthy chandelier earrings out of bowtie macaroni, goes right down the drain. And garburator.

Do not be alarmed.  It’s not you.  It’s them.  O.K., sometimes it’s you.   It’s happened to me too though.  In fact there’s an entire website dedicated just to Pinterest fails.  Sometimes if you click on it you’ll even see people who have tried my DIYS and failed.

The thing with blogs is, all it takes is a good photo and even the most horrendous craft can look kind of appealing.

But not every single DIY on the Internet is a big, fat, fail waiting to happen.  This month I gave two a shot and BOTH of them turned out perfectly including the monogrammed mug at the top of this post.

DRAWING ON A MUG WITH A SHARPIE 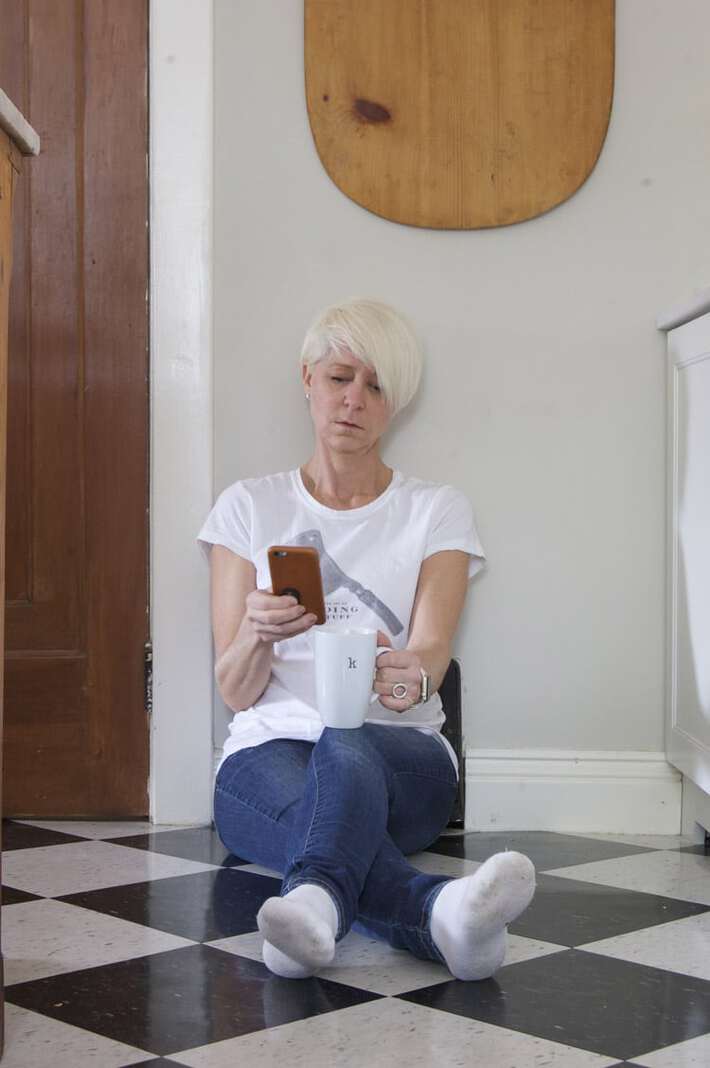 A few years ago there were a lot of Pins about how you can draw on any mug with a Sharpie, bake it in the oven and VOILA, your design is permanently stuck on the mug.  Or dish, or bowl or baby or whatever it is you want to draw your design on permanently.

I had a hunch this one wasn’t going to work so I did a bit of research and discovered it would only work with OIL based Sharpies.  Not the regular sort of Sharpies you can pick up at the corner store. I searched everywhere and couldn’t find these supposedly easy to find oil based Sharpie Paint pens anywhere normal like Walmart, Target or Staples, so I gave up.

If you’re in The United States you can find these paint pens easily on Amazon, and they’re cheap.

If you’re in Canada you can find these paint pens easily on Amazon, where they aren’t quite as cheap.

I don’t now if I didn’t check Amazon at the time or I just decided if I couldn’t find them at a store where I could also buy some ground beef and a tricycle then I wasn’t going to buy them.

Then one day I was in an art supply store I go to a lot when I noticed half an aisle dedicated to every colour of Sharpie in the world.  They had both regular Sharpies and the elusive oil based Sharpie.  So I picked up a few in black, white and gold, stuck them in a drawer and promptly forgot about them.  (I have a very jam packed brain filled with all manner of things including but not limited to why men, and only men, leave their shopping carts in the centre of the grocery store aisle while they browse)

A few weeks ago I was rummaging through my basement and came across a stash of mugs from the Dollar Store I had bought way back when I thought I’d try this technique when the Pin first became popular.  I brought them upstairs, washed them and started my research again.

Seems a lot of people have tried a bunch of different ways to make this technique work, with not a lot of success.  Except one woman.  Jen.

Jen did a post on writing on mugs with a Sharpie one year ago repeating all the problems I was having or could foresee.  And then she figured it out.

You can read her full tutorial here.  Now that I know this works I’ll be expanding my Sharpie/Mug repertoire. 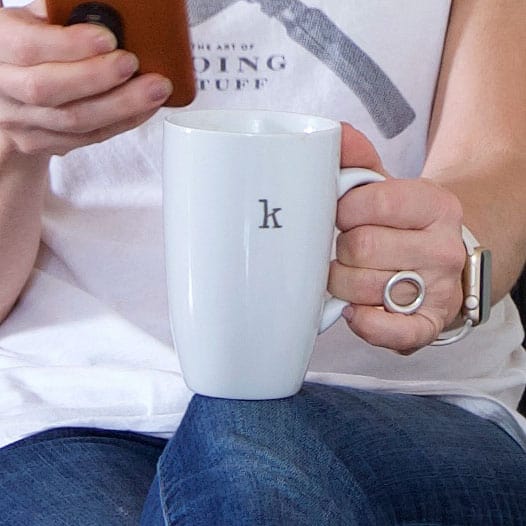 Click here to see exactly how Jen made this technique work.  It’s easy.  It all has to do with timing and oven temperature. 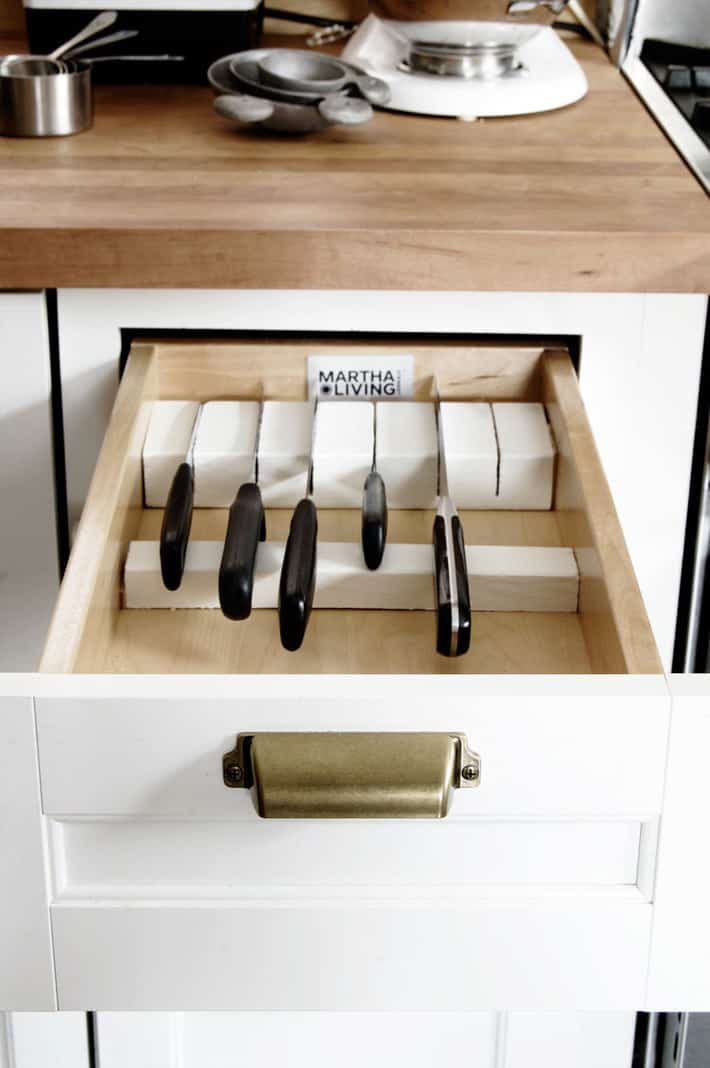 So the second I came across her post I started making a knife block. And it worked.  You can read her full tutorial here.

The big mistake I made was assuming this wasn’t going to work.  I do this sort of thing all the time.  Don’t put enough time or energy into something just assuming it won’t work and then holy crap, it works, and I wish I’d used better materials or took more time with the project.

I had a block of maple I could have used but I didn’t want to use it in case this didn’t work out.  And now that I’ve done it (using an old spruce 2X4) it’ll be another decade before I muster up the bother to make another, better one.

And by then something better than knives will maybe be invented.  Or a 3-D meat printer that prints out already cut meat. 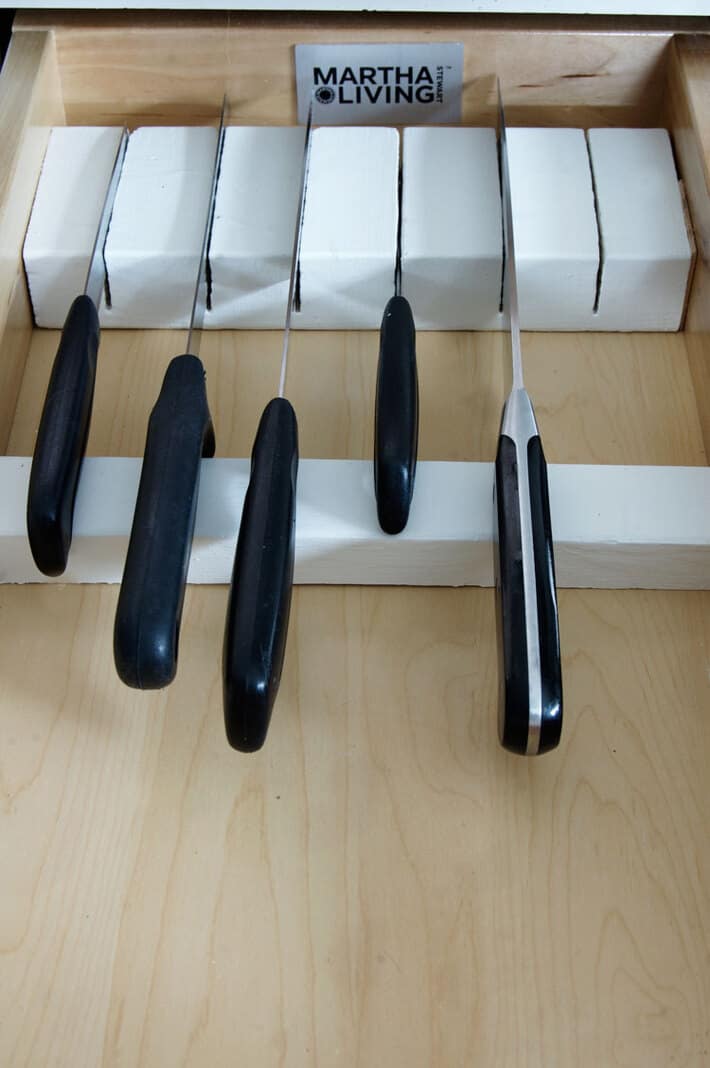 So yeah, the Internet is a big, fat liar.

Just not always.  These two DIYS from other blogs I tried both worked, were easy and actually practical.  That’s the holy trinity of the blog world.

And if I get the angle and lighting just right I’m sure I’d be able to turn either one of these projects into a pair of Pinterest worthy chandelier earrings.  All it takes is one good photo.