Moving Day.
The chicks get sent to the big house.

As she was running down the list of ingredients she got to the eggs and said, “Just go out to your coop and gather some fresh eggs from your chickens.”.  I laughed and laughed.

Fresh eggs from your chickens.  From your coop.  Right Martha.  You idiot.

And then about 2 decades later, this happened to me. 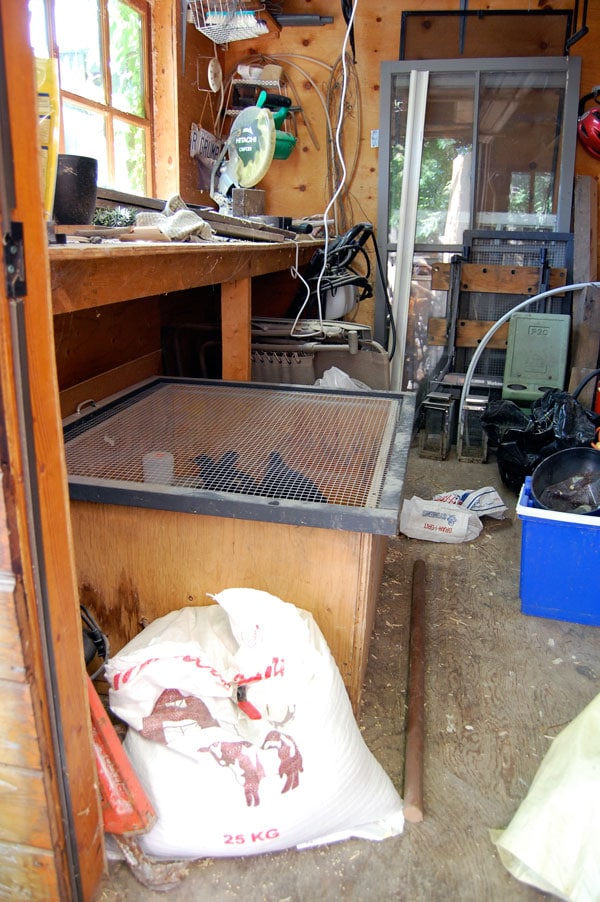 I’m an idiot too. 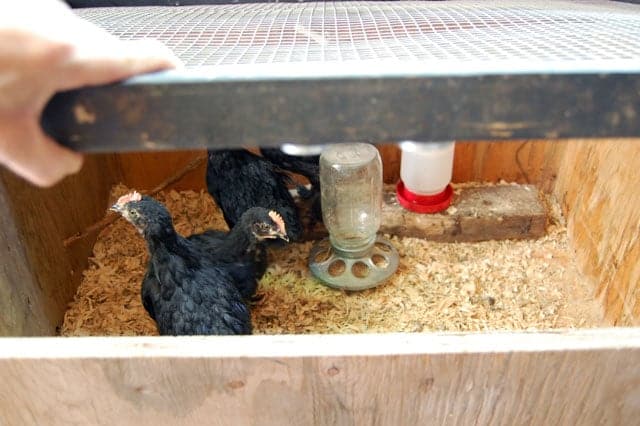 This is my second flock of chicks, the Black Copper Marans,  which I now have to somehow integrate with my original,  older flock.

To integrate my flock a little bit faster and get them out of my shed, I decided to group everyone together but have them separated so my older hens can’t attack my smaller chicks.  Hens are vicious and could easily tear these smaller chicks apart.  Literally.  They will peck, scratch and gouge them until they’re dead. 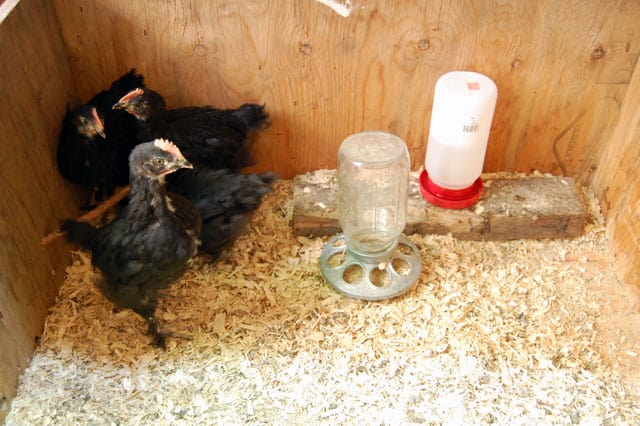 But I can’t have them living in the shed anymore and the faster I get everyone used to each other the better. So last week I moved the chicks into the big girl coop.  They no longer needed to be under the heat light because they have their adult feathers now to insulate them, plus it’s warm(ish) out. 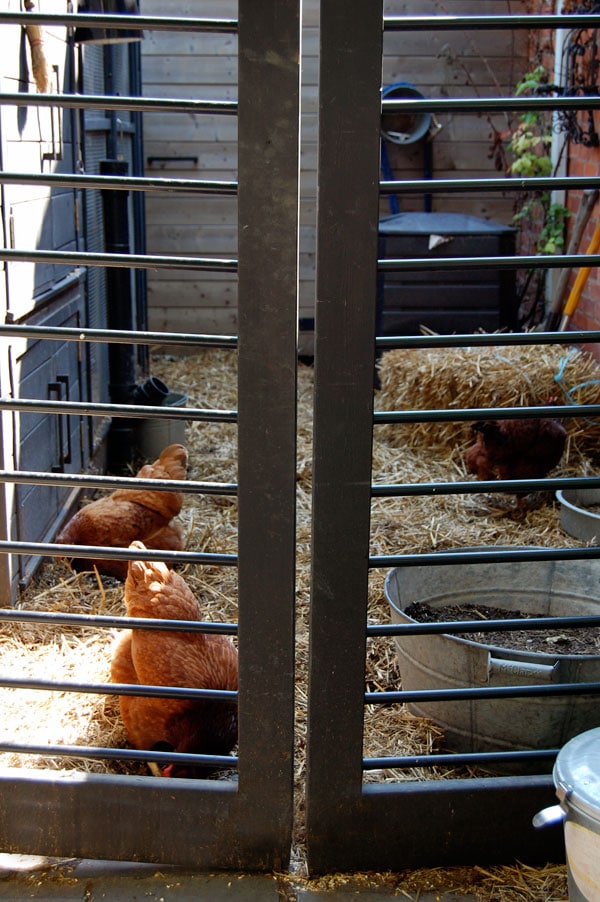 Cuddles, Walnut and Cheez Whiz had no idea what was coming.  By the way, I totally photoshopped out Cuddles poopy bum so you didn’t have to look at it.  My chickens have poopy bums like everyone elses. 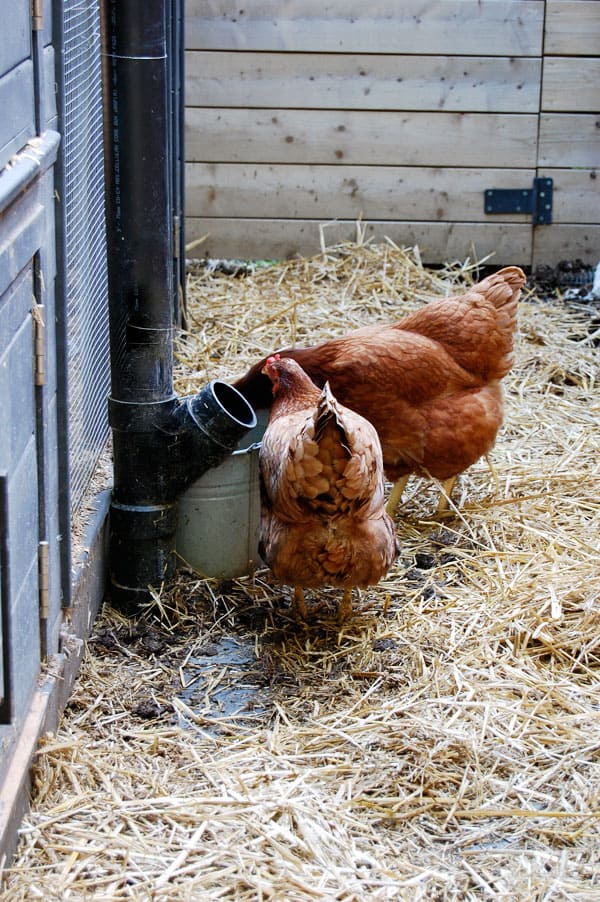 The first step in integration was to lock the bigger hens into the coop.  That way I could release the smaller chicks into the outdoor run without anyone being able to attack anyone else. 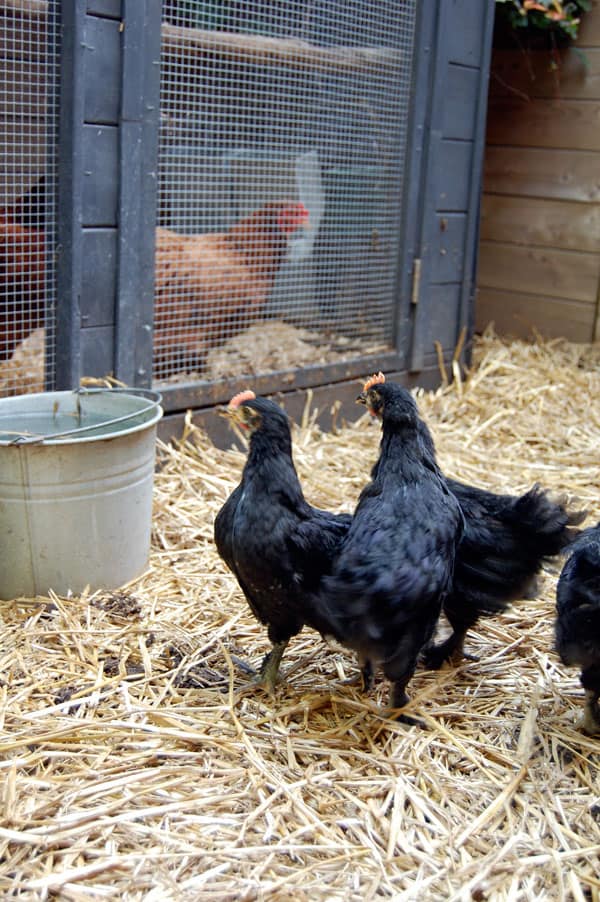 The little ones took a look at the big hens and promptly ignored them and went about trying to eat straw. 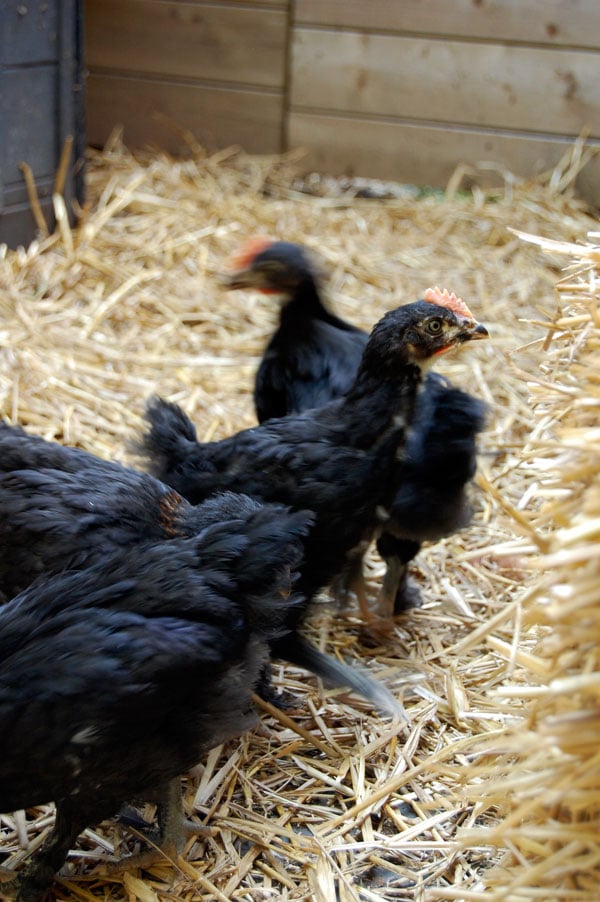 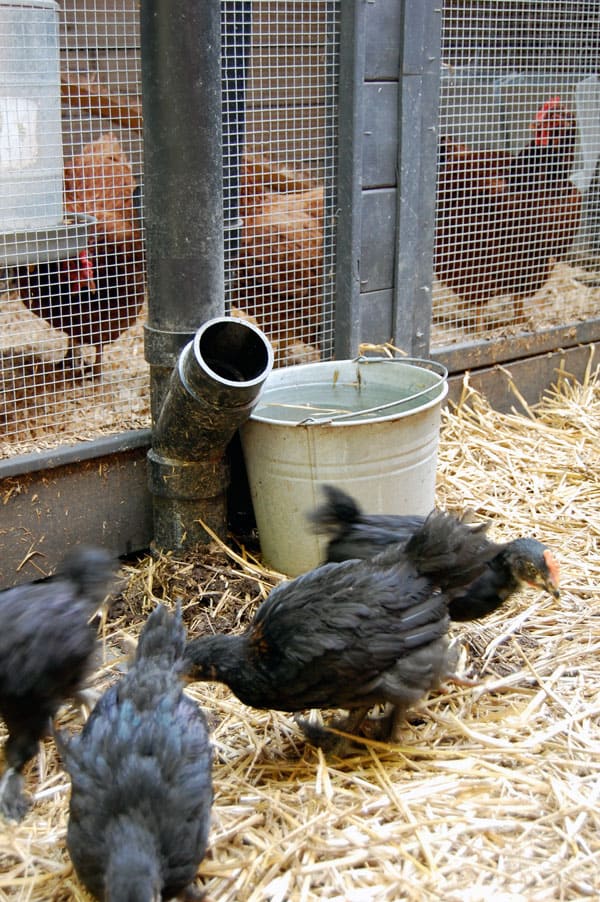 Earlier I had put up a piece of hardware cloth to cut the size of the indoor run in half.  That way the big hens would still have access to and from their roost in the “upstairs” as well as the nesting box that’s up there.  And the chicks would have their own safe room, in the back half of the lower run. 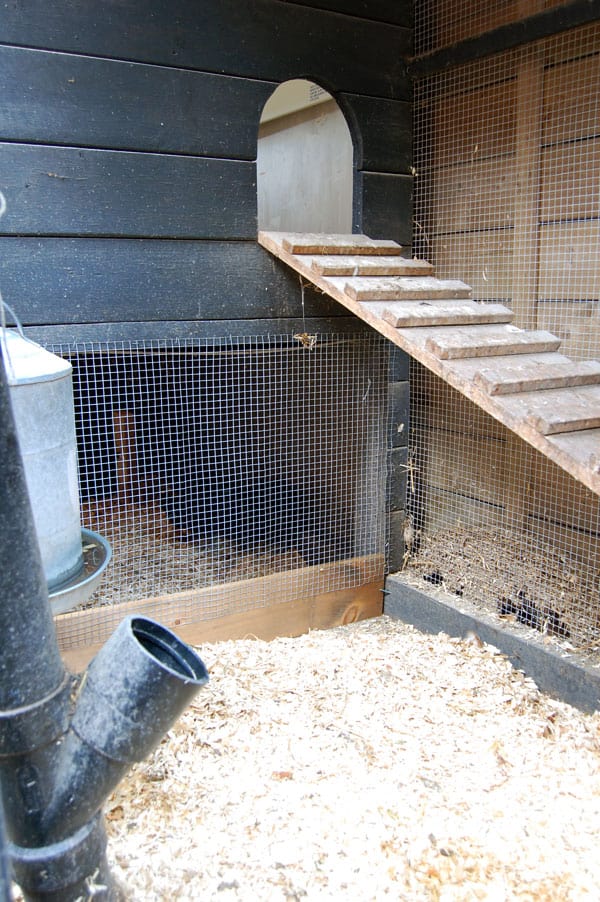 There’s access and doors to the chicks portion so they get lots of light.  I have a screen that fits in the space perfectly so they have natural light and an see outside all day.  Plus I lock the big hens up once a day so I can let the little chicks out for a run. 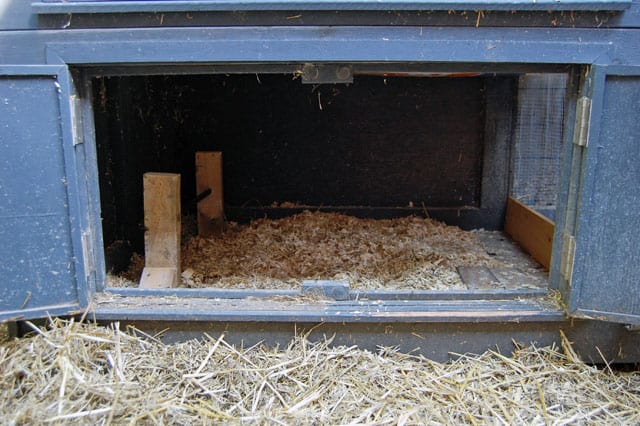 While the big hens were still locked up I corralled the smaller Black Copper Marans into their new quarters.  The big hens looked on. 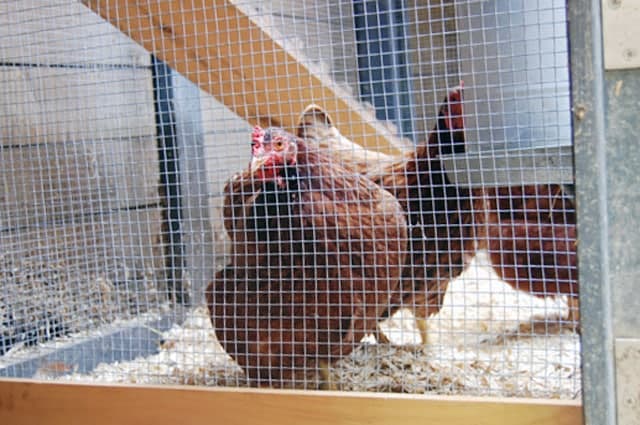 Once the little ones were secure in their portion of the coop, I let the big hens out again.  They ran/flew out in a flurry of feathers and ground to a halt in front of the chicks new coop. 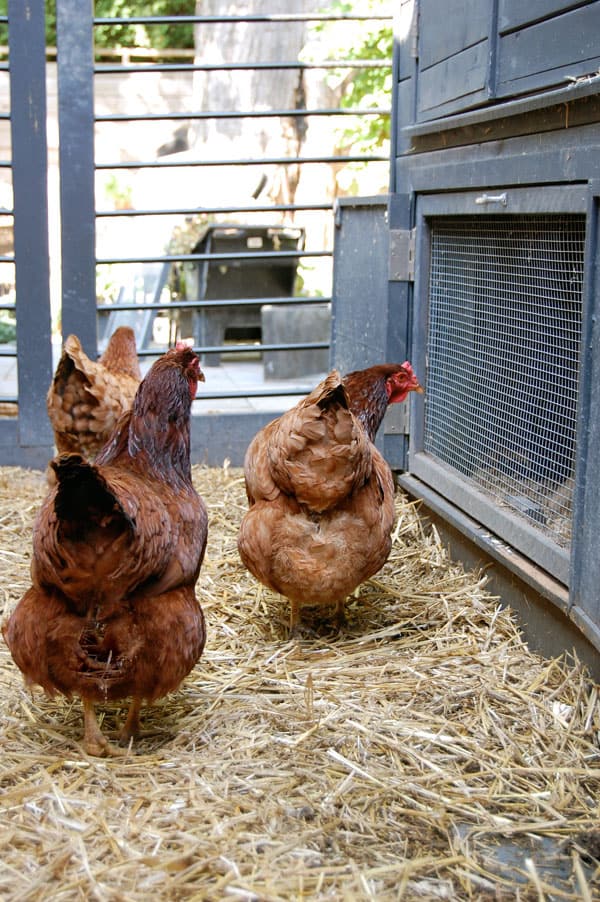 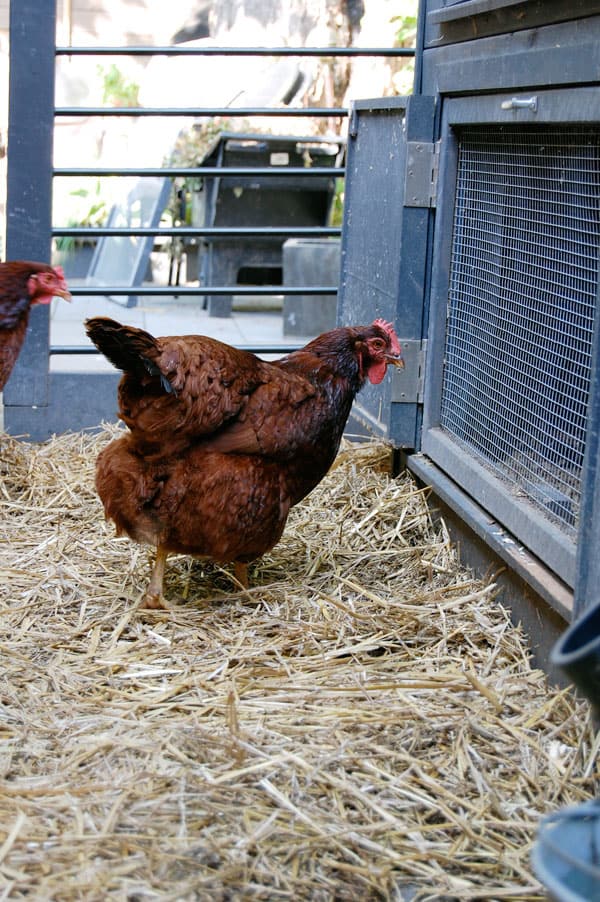 The chicks managed to remain terrified at the back of their coop for a full 30 seconds. 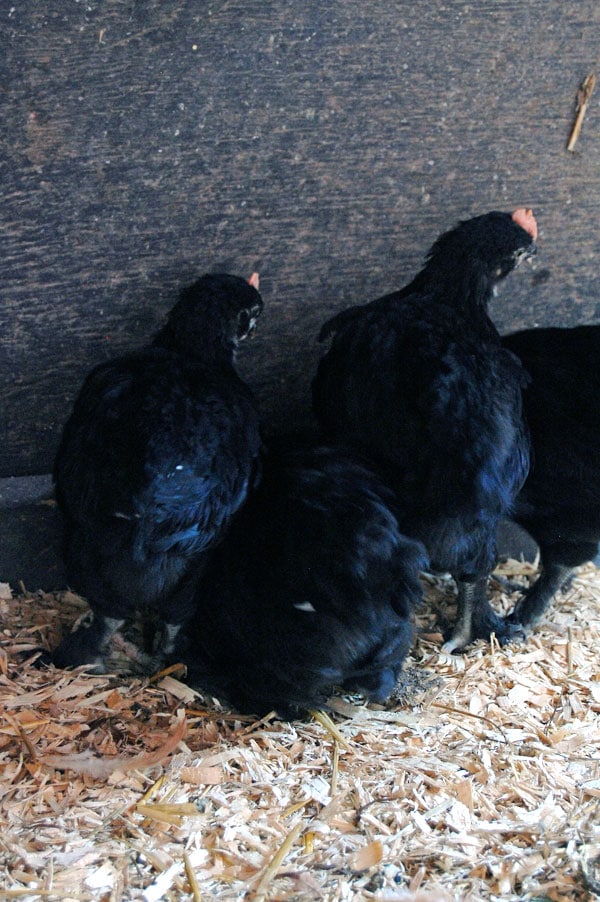 Once the half minute of terror was over, they ran to the front of the cage to introduce themselves. 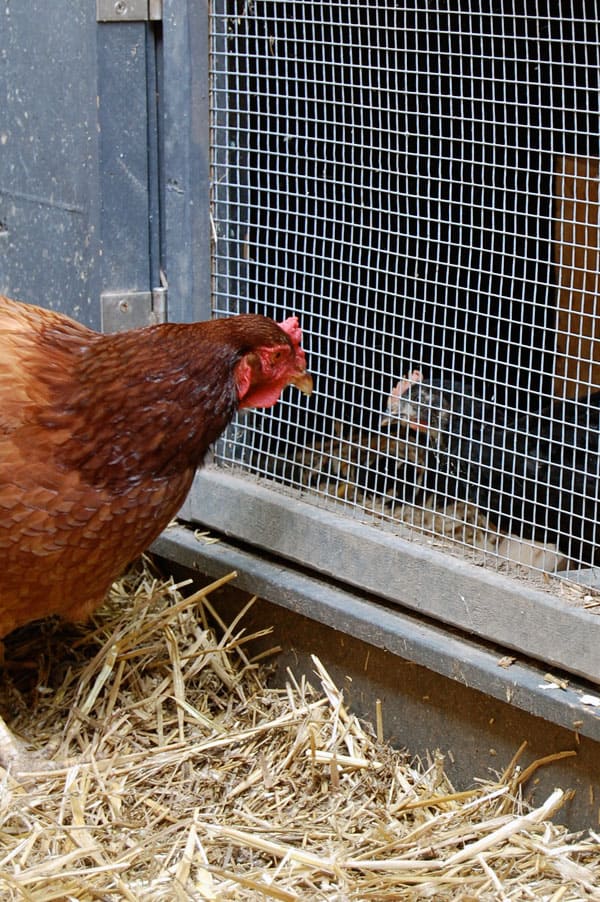 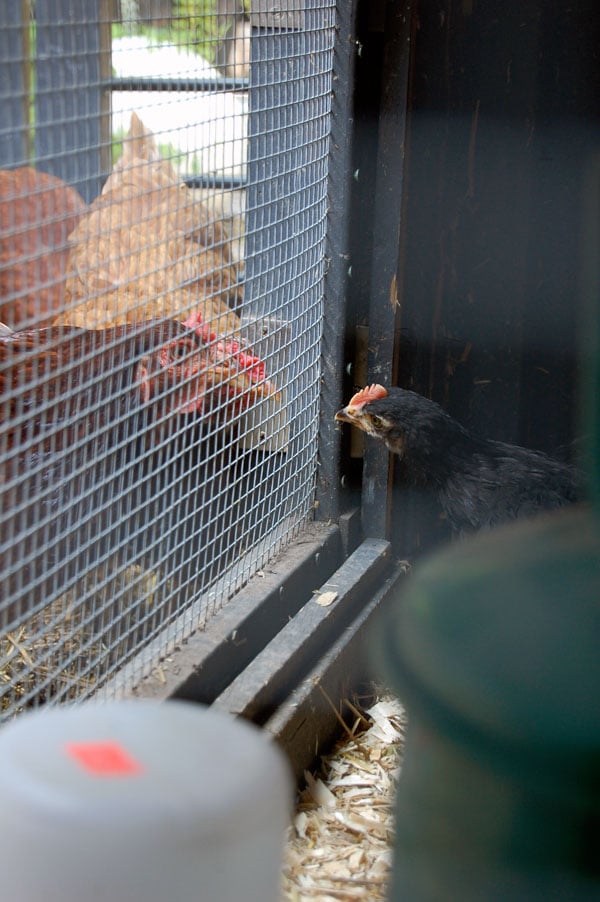 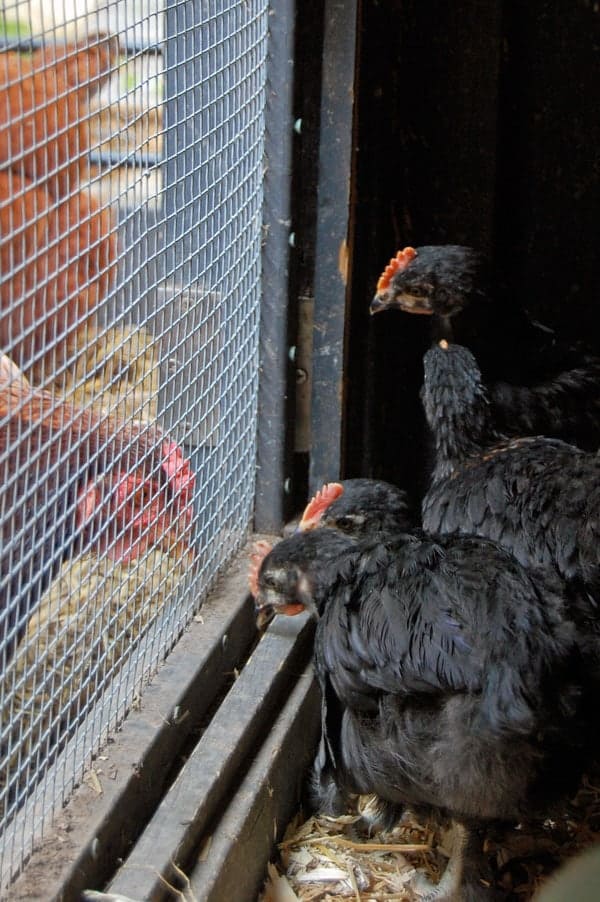 Nobody screamed, nobody squawked.  Everyone was well mannered and pleasant. 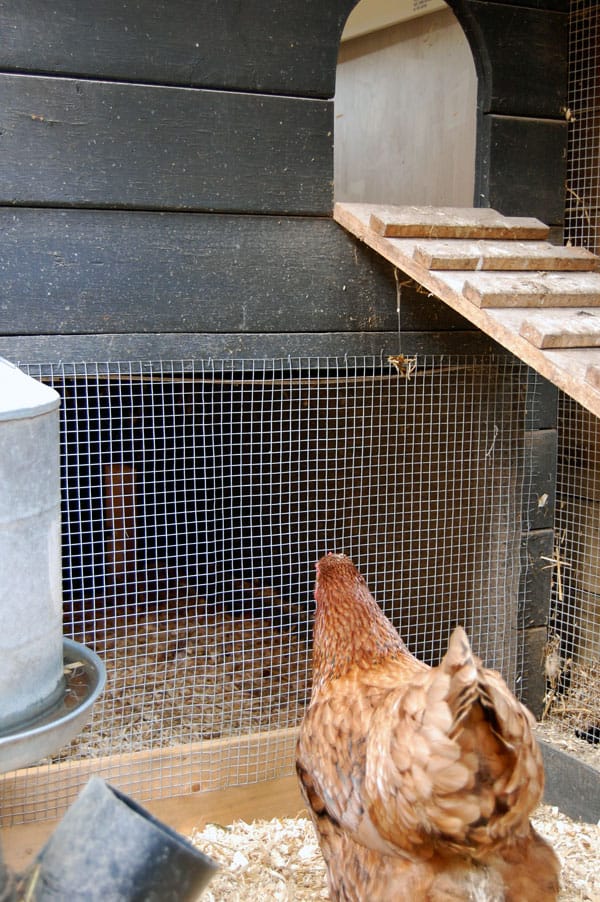 I’ll keep everyone like this for the next couple of weeks until the smaller chicks are big enough to defend themselves if they have to. Once I can tell everyone is getting along (as well as can be expected) I’ll take down the hardware cloth that separates them. It went fine with the Berlin wall, so I imagine this should go fairly smoothly. Although it probably won’t.

Then it’ll be onto the next integration. Goats.