Home » Chickens » Keeping Chickens » My chicken laid an egg that had no shell!

My chicken laid an egg that had no shell!

Part of the joy of owning backyard chickens is the horror. They do some pretty crazy shit these birds.   Attack cats, try to eat each others faces, I even have one that’s a hermaphrodite.

They’re really a most interesting pet even without the egg laying talent.   Speaking of eggs (see how I transitioned so smoothly there? It’s part of what makes me such a talented writer.  That and the way I can make up words but have you think they’re actual words.  Like pencil.)

When you have backyard chickens, or any chickens for that matter, you may happen upon a misshapen or odd looking egg.  The benefit to being a backyard chicken is your owners don’t generally chop your heads off for the offence. Usually.

I’ve had eggs with bumps, cracks and ridges come out of my hens.  And last week Cheez Whiz laid this one on me. 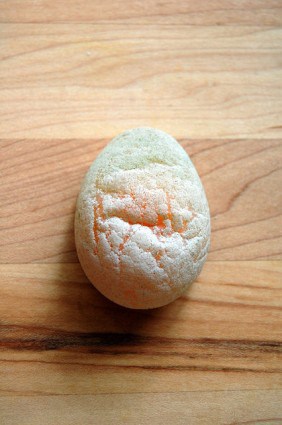 That would be an egg with no shell. It has the membrane that surrounds the egg. But no shell. At all. Anywhere. This was day two for the egg so it’s lost some of the air inside it making it sort of floppy.  But just the day before the egg was smooth and tight just like a regular egg, but with no shell. 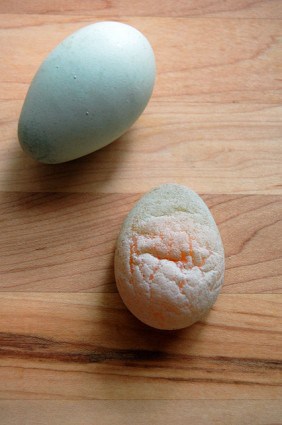 The above egg is one of Cheez Whiz’s normal eggs.  The chickens are just finishing up one of their moulting periods and sometimes it takes them an egg or two to get back into the swing of things. I noticed her eating copious amounts of oyster shell after she laid this egg with no shell so she knew she screwed up.  Oyster shells gives hens the calcium they need to produce good, hard shells.

You can see just how translucent the egg’s membrane is. 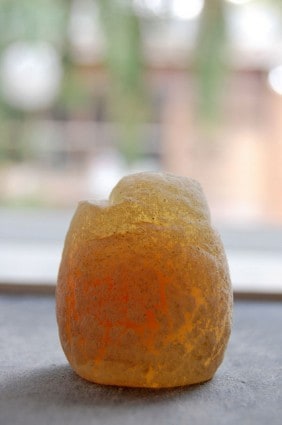 To give you a better idea of what the egg was like, take a look at this handy video I made.

Since this offence, Cheez Whiz has gone back to laying normal eggs. Which is a little more appealing, but a little less pencil.