I’m a naturally curious person constantly looking for answers. Just today for example, I wondered how long I’d been walking around in public with a chicken feather hanging off my ass. A big feather. Long. Probably a tail feather in fact.

This fireplace idea was inspired by a Pin she sent me that showed a stack of logs beside a fireplace with the ends painted.  Thank you Pinterest.  (sorry can’t attribute to where it came from … it was one of those stupid pins that doesn’t seem to lead anywhere) 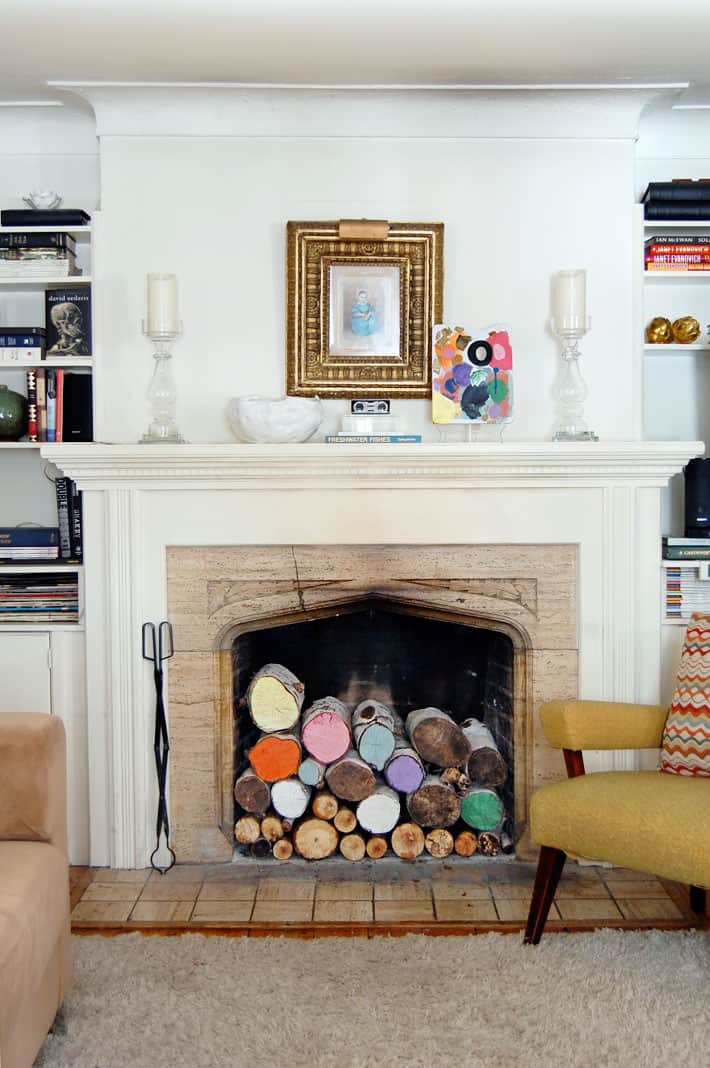 I took the idea one step further and displayed the painter’s palette that I used to mix my colours on.  It’s on a picture stand on the mantle.

If you’d like to get even more creative, you can print images on wood like I show you in this tutorial on printing on wood. 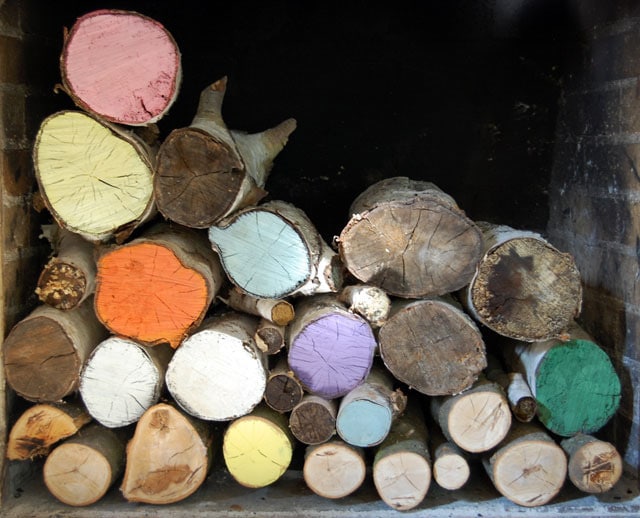 I sat my feather covered ass down and got to work.  An hour later it was done.  Where did the hour go?  Well … 5 minutes can be attributed to mixing and painting the logs.  The other 55 minutes involved  staring at the wood deciding which pieces to paint which colour.

Looking back on this makes me sad for one MAJOR reason.  A couple of years after this I finally succumbed to putting my television over my mantle because that was the most logical place for it. It’s ugly. I hate it. But I also hate twisting my head in a circle in order to see the television.  In the end practicality won over aesthetics.

It wood looked great, took no time at all and cost nothing.  Where’s that ass feather now you ask?  Right in my cap. 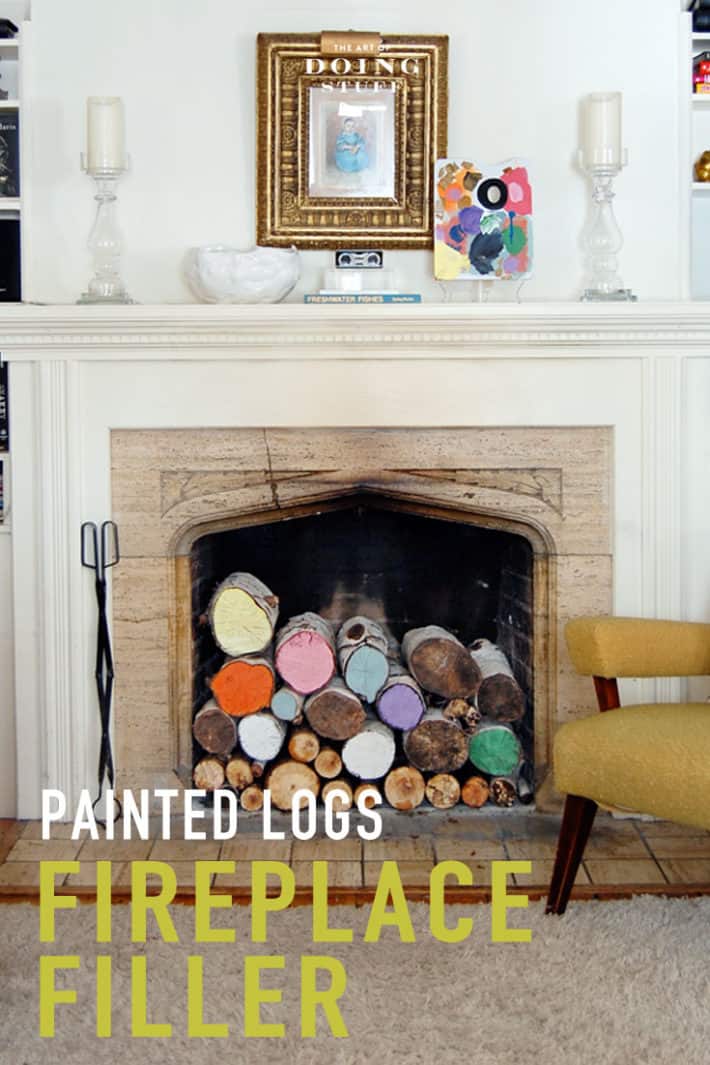