Home » Tips » Cooking » How to Easily Peel a Kiwi

How to Easily Peel a Kiwi

As someone who makes their living hosting television shows, you’d assume I’d have no problem making a video as simple as “How to Peel a Kiwi”. It’s peeling a fruit for God’s sake, it’s not like I was trying to peel an actual resident of New Zealand.

As a professional “hosty” person this shouldda been a piece of cake.  I mean, over the course of my career I’ve been covered head to toe in snakes, appeared  in bed with Jerry Springer, and  interviewed Mel Gibson. 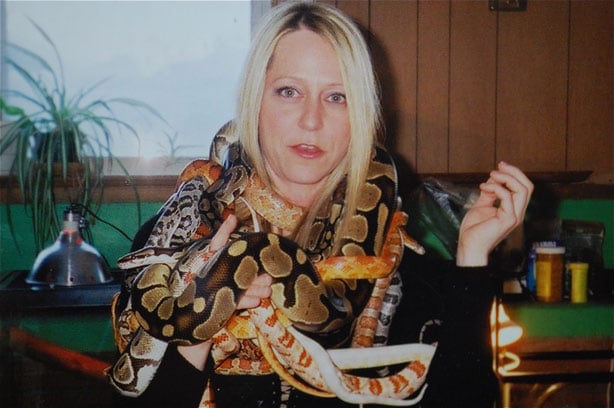 Yeah. Sometimes I have long hair. And a weird mouth.

If I could do all those things in one take without a bead of sweat on my brow surely I could knock off a “How to Peel a Kiwi” video in a minute or two.  I mean … I’m a professional.  And stuff.

Heh heh.  Seems I was having an “off” day.  I have those sometimes.  This is exactly why I decided NOT to become  a power-line technician.

However, being the stick-to-it, I don’t care if my video sucks, kindda gal … for your viewing pleasure …

How to Peel a Kiwi.  (the least bad version)

How to Peel a Kiwi

How to peel a Kiwi with a teaspoon. Take 4.

You’ll notice the video improved vastly when I made the executive decision to not show myself in this version.  Well, I showed my manhands … just not the rest of me.  I’m thinking of bringing in a professional hair and makeup crew from here on in.  Maybe dressing up a bit more.

And I’m bouncing back and forth on whether or not to get fitted for a flipper.

At this point in my scintillating post *cough, cough* I would like to give a hands up in the air “shout out” to my fella who took the “Men Climbing Mt. Kiwi” shot  you see attached to this post on the homepage.