The Day I washed my Mongolian Lambskin throw. 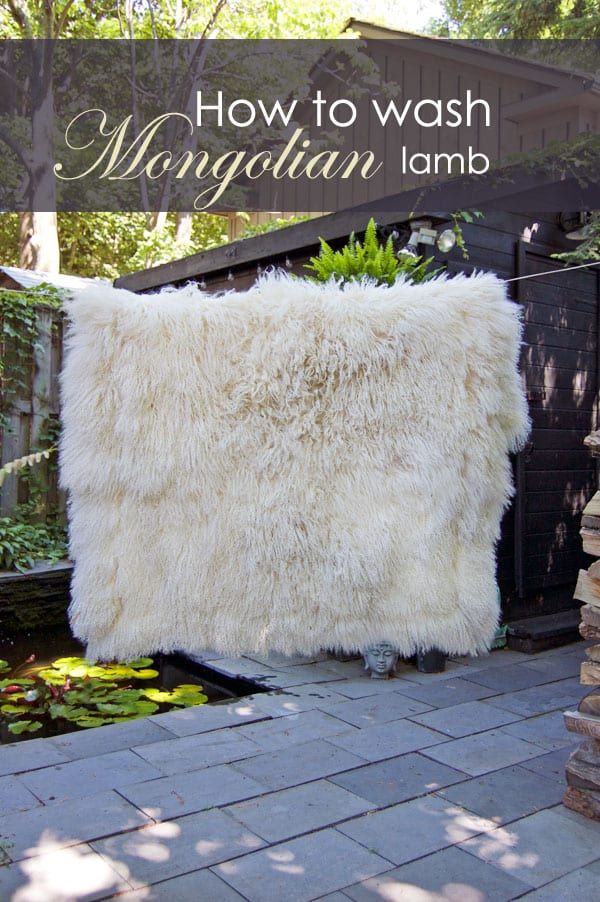 You are looking at a filth monster. 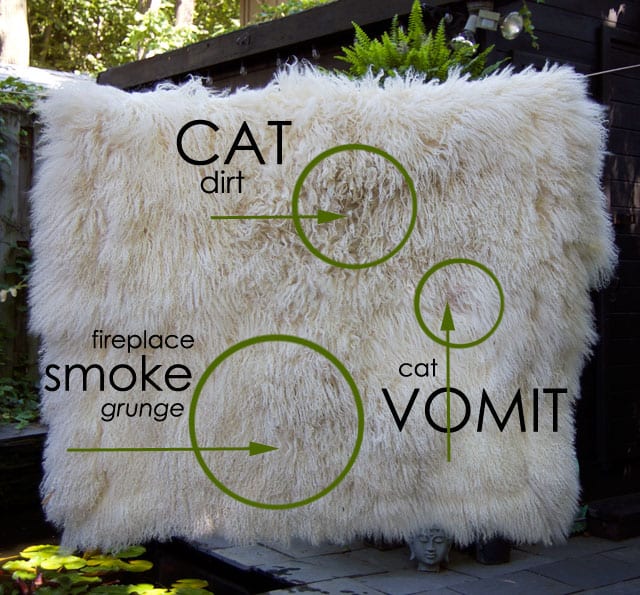 A furry, mass of guck.  There’s fireplace guck, cat guck, and general guck.  And those are just the ones I could identify.

I’ve had this Mongolian lamb throw covering a chair since 2010.  You may remember it from this photo from my post on how to make that little stump end table. 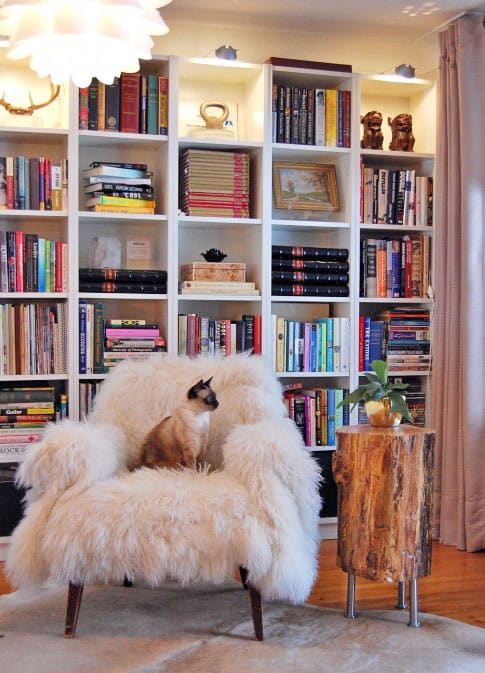 It normally sits right beside my fireplace.  And from October to March it is the home of Cleo the cat.  She burrows herself into it so deep I sometimes have to check to make sure she  hasn’t suffocated herself.  Death by coziness.  You can see how bright and clean looking the throw was 5 years ago.  Those were the olden days.  Now the throw looks like this … 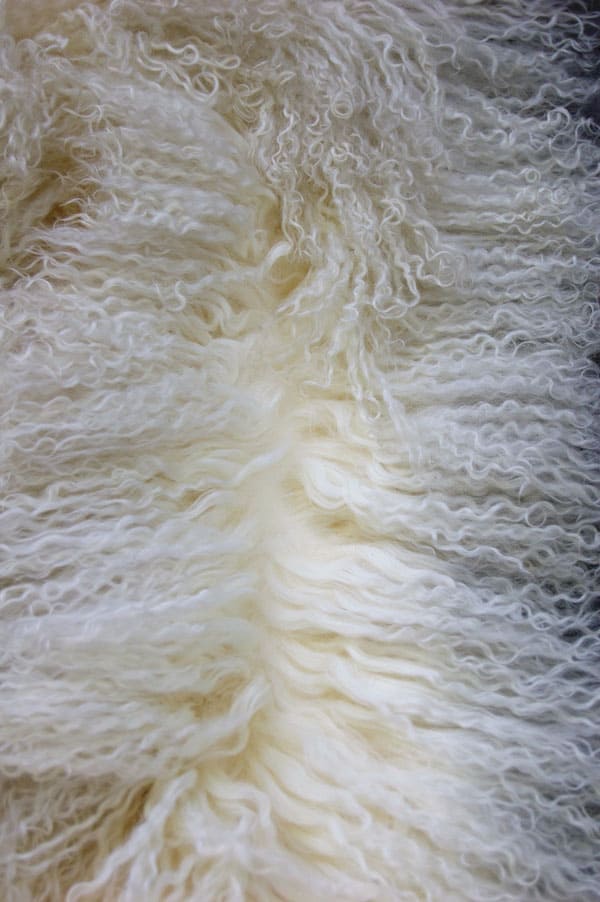 You can see the middle of the fur is still clean and white, but the outer part has the dingy grey colour normally reserved for meth teeth in a mug shot.

So I decided the only thing I could do was throw it in the washing machine.  Well, I mean that wasn’t the only thing I could do, I could also have brought it to a furrier or dry cleaner to have it professionally cleaned but what kind of role model would I be if I did things the way you’re supposed to do them?  The world wasn’t changed by people who followed the rules.

So I threw it in the washing machine, my throw fell apart, I didn’t change the world and I’m thinking of taking up meth. 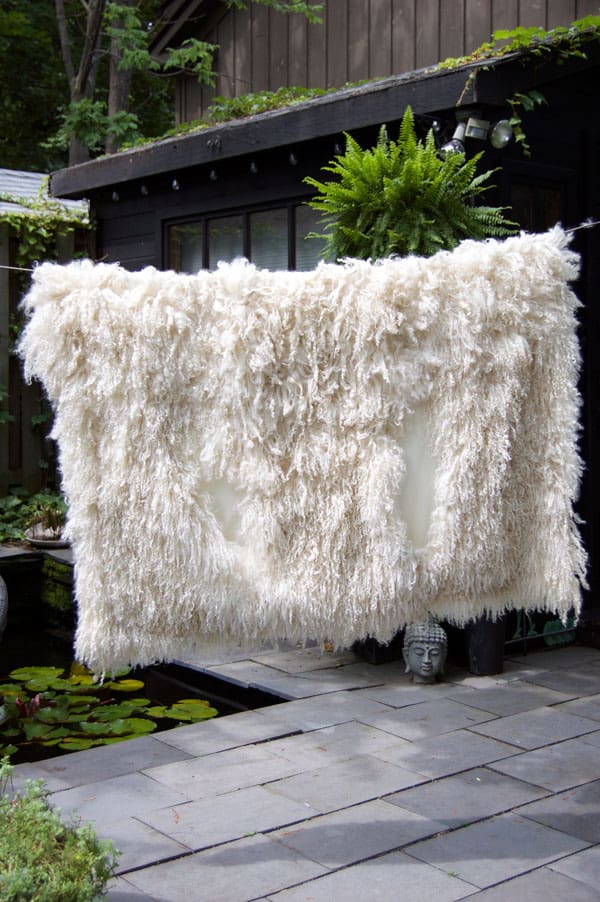 To be fair, the throw didn’t fall apart the first time I threw it in the washing machine.  It fell apart the second time.

The first time I washed it in warm water, on gentle cycle, with phosphate free laundry detergent it came out fine, it just didn’t come out clean.  So I put it in the washing machine again with more detergent.  And THAT’S when it fell apart.  And THAT’S when I realized I didn’t actually have the washing machine on gentle, I had it on regular, heavy duty, rip this shit apart cycle. 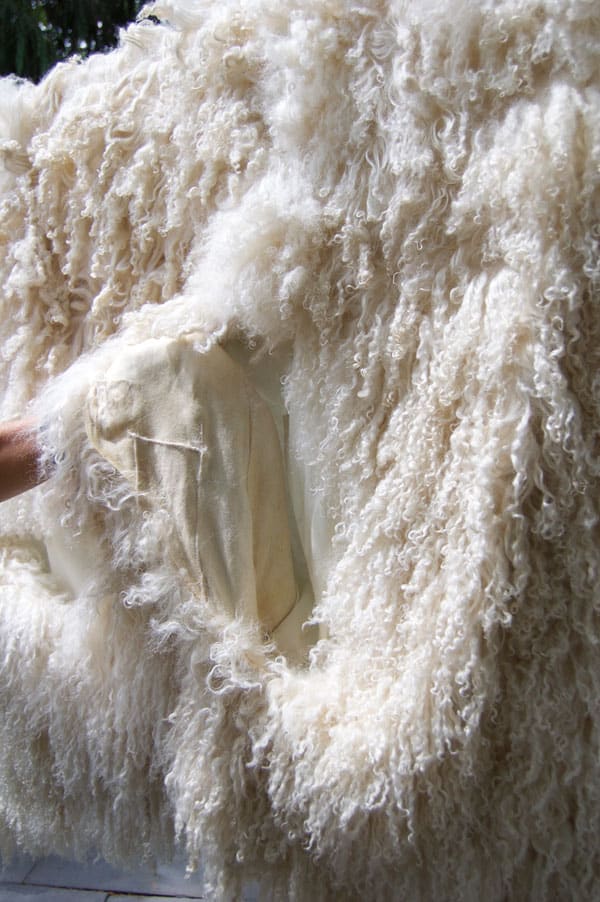 Really it just developed two large holes on either side.  I considered wearing it as a coat and becoming a sherpa but it’s common knowledge that sherpas don’t watch Downton Abbey, and I wasn’t about to give that up. 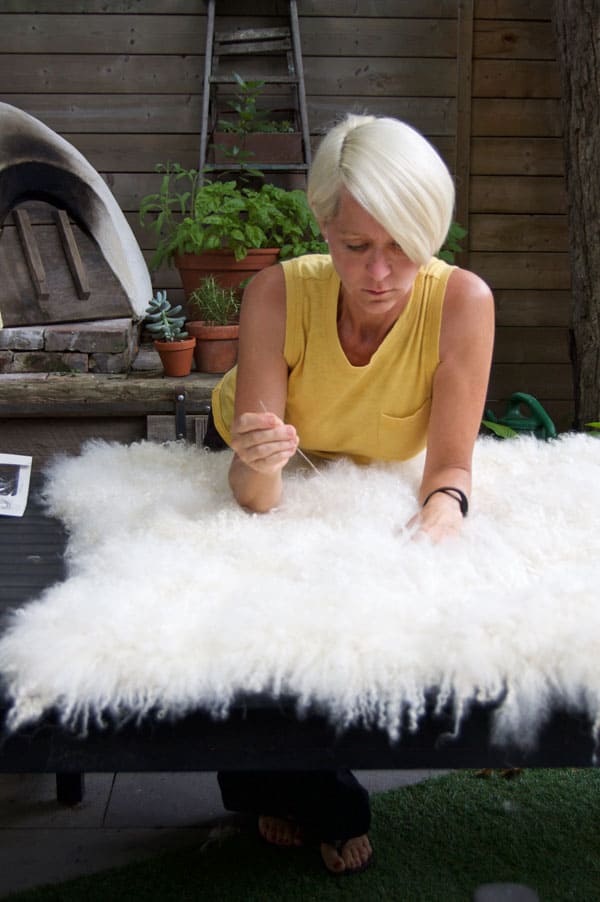 So I assessed the damage and started sewing.  The throw is actually made up of a TON of tiny pieces of sheepskin sewn together and two of them just came apart.  Half an hour of  invisible stitching later, it was back together. 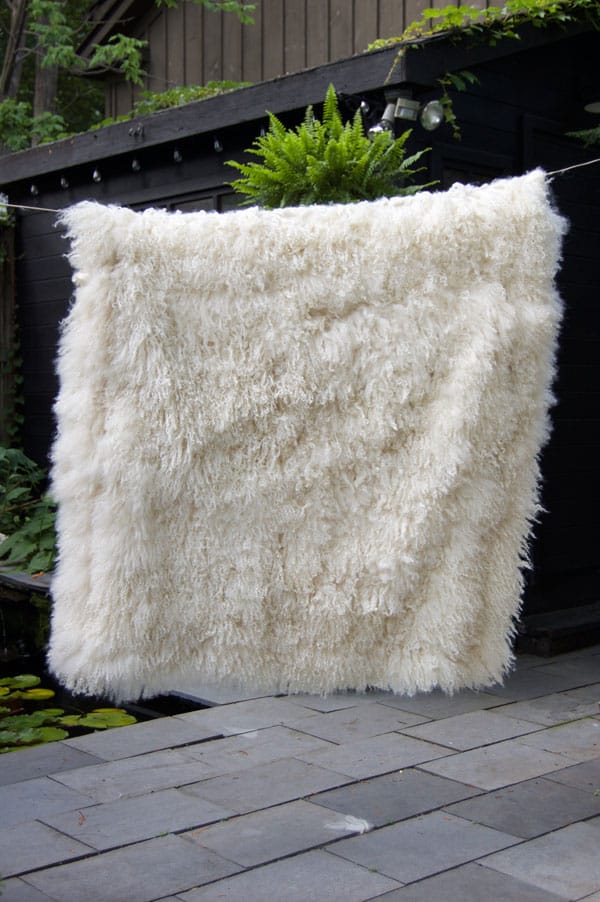 You can see how much cleaner it is after the 2 washings.  Even if it did fall apart and almost drive me to become a meth addicted sherpa, it was worth it.

I’m fairly certain it would have been fine if I actually had used the gentle cycle, and if I’d just used enough detergent to begin with. 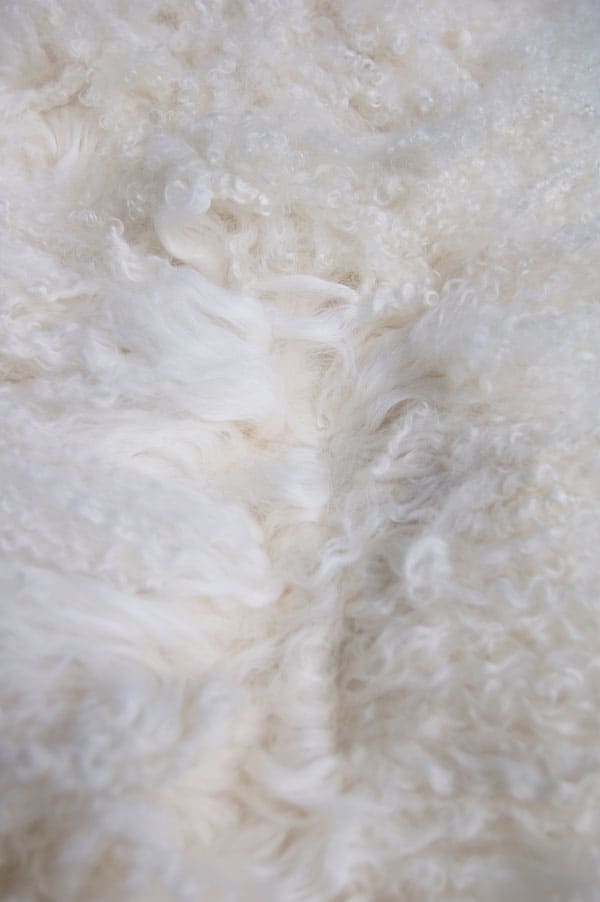 So believe it or not I’d still recommend washing anything like this at home.  I wouldn’t do anything bigger than this throw, but pillow covers, baby mats or the Ikea sheepskin rugs are fine.  Here are some basic rules to adhere to when washing any type of lambskin.

[print_this] Rules for Washing Mongolian (or other) Sheepskin

1. Do not wash anything larger than a small throw in home washing machine.

2.  Only use phosphate free detergents like this Free & Clear one by Method.

4.  Do not put lambskin in the dryer.

5.  Lay flat to dry so you don’t stretch out the skin.

6.  Fluff the hair back up by rubbing your fingers through it. You can also carefully brush it.

Now get out there and change the world.  One broken rule at a time.