I got a Sous Vide machine.  I love it.  If you like perfectly cooked meats, turning cheap cuts into tasty and an easy clean up - you might too. So today I answer, What is Sous Vide? 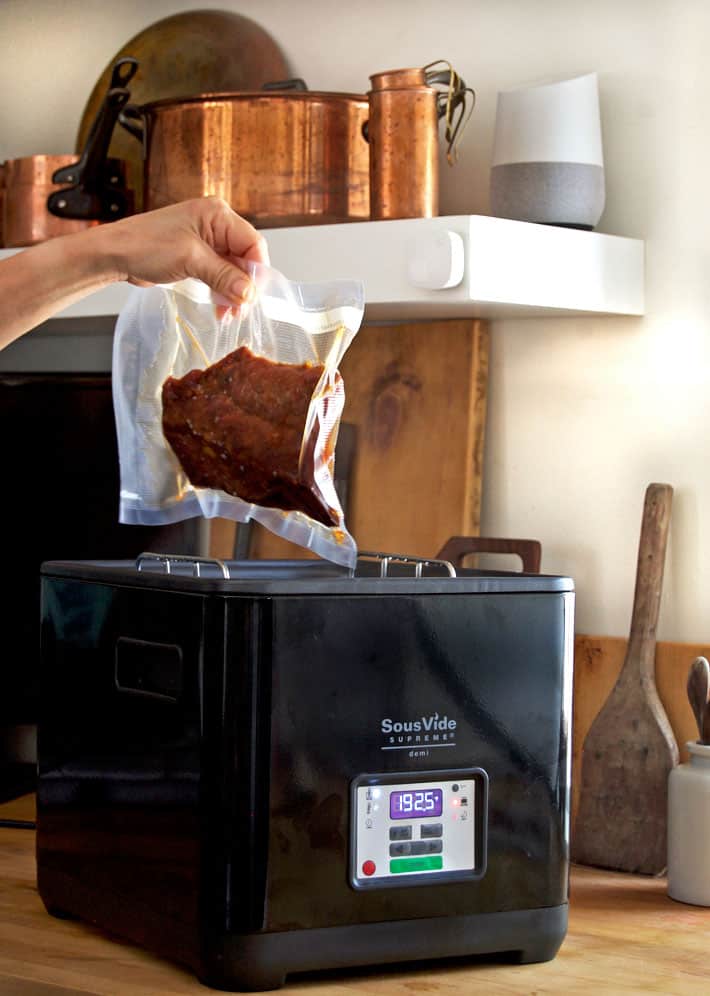 On day one, all I could think was, I hope this isn't the Instant Pot all over again.  As you may remember I bought an Instant Pot, even though I wasn't convinced it was the right tool for me.  I was right.  It wasn't.  I hate it, other than for making chili which it does exceptionally well. Here's my full review.  For the Instant Pot lovers among you, just assume that I realize you love it while I don't, so you don't need to leave a comment extolling the virtues of the Instant Pot. Just give me a dirty look through your laptop or mobile screen and we can all move on.

The Sous Vide machine was something I thought I was more likely to warm up to but I still didn't have it in me to buy a $300 gadget in case it was useless.   $300 aside, that's a lot of kitchen real estate in a 180 year old house that wasn't meant to hold more than a pair of boots, a shotgun and a sack of potatoes.

A Sous Vide machine is a water oven.  Food is cooked in it by placing the food in a plastic bag and then lowering it into water that's held at an exact (low) temperature for a long period of time. The method was first developed in 1974 by a French chef.

Why does any of this matter?  Steaks are probably the best example.  You know how you make a steak and you want it medium rare?  That steak is medium rare in the very centre but the closer you get to the edges the more and more that steak is cooked.  The edges are often well done.  That's just the way it is in the world of bloody meat.  Those multi-doneness steaks are a thing of the past with a Sous Vide machine.

Food is cooked to the exact same temperature from edge to edge.  So your steak is done to 137 degrees in the centre, 137 degrees near the edge and 137 degrees at the edge.   137 degrees is just an example or course, you can cook them to whatever  temperature you want.  My mother would choose 792 degrees as the perfect degree of doneness for her steak.  I once served her a rawhide bone and she didn't notice the difference. 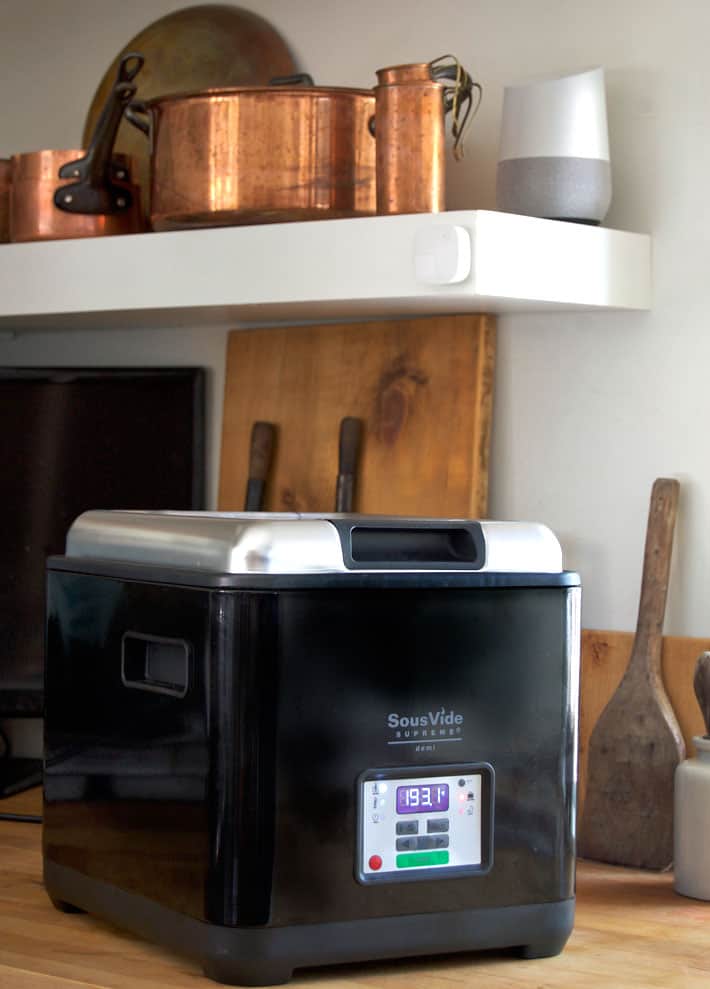 But what about the crust?  The sear?  The crispy skin???  Yeah, those were my first questions too.  As it turns out, the cooking in the Sous Vide is *just* the cooking.  After it's cooked you can do whatever you want with the food.  Sear it, quickly roast it, or crisp it up in a cast iron pan.

With a steak for example, after cooking it in the Sous Vide you just remove it from the Sous Vide machine, take it out of its bag, pat it dry, season it with your favourite steak spice and sear it for a couple of minutes in a "searing hot" cast iron pan or BBQ.

Steak - The first thing I tried in the machine was steak which I cooked for 12 hours in the Sous Vide at 58 degrees celsius (136 degrees Fahrenheit). I then seared it in a cast iron pan.  It was delicious. 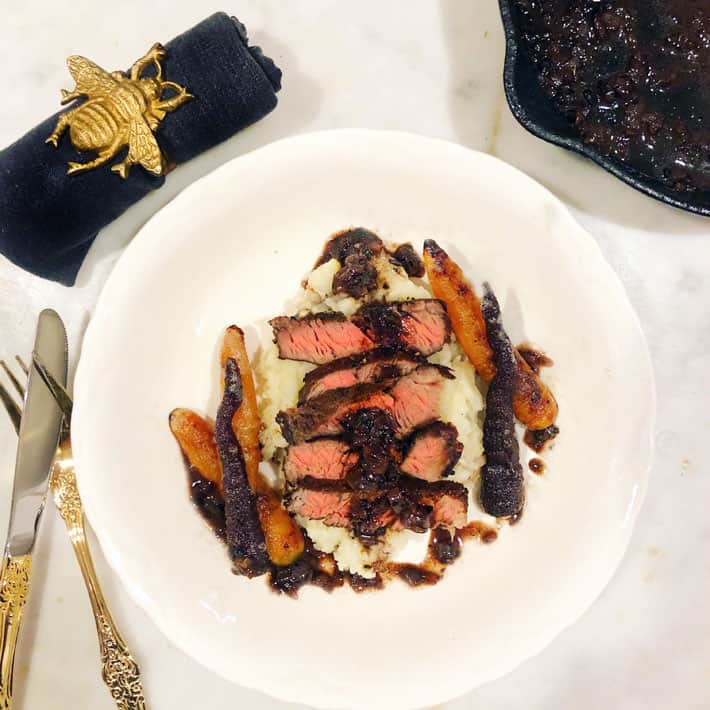 It was still a little too well done for what I like, but that's because I had no idea what temperature to cook it to.  Next time I'll do it at 55 degrees Celsius.

Back Ribs - I did a 2 day long back rib experiment, the results of which I'll be talking about in depth next week.  I tried two methods both using a Sous Vide machine and a smoker.  Again, I overcooked them but they were still tasty (in part thanks to my Award Losing Maple Bourbon BBQ Sauce) and they were more foolproof than straight smoking of ribs or grilling them. Because you have to cook them low and slow to tenderize them, ribs are notorious for drying out.   More information to come! 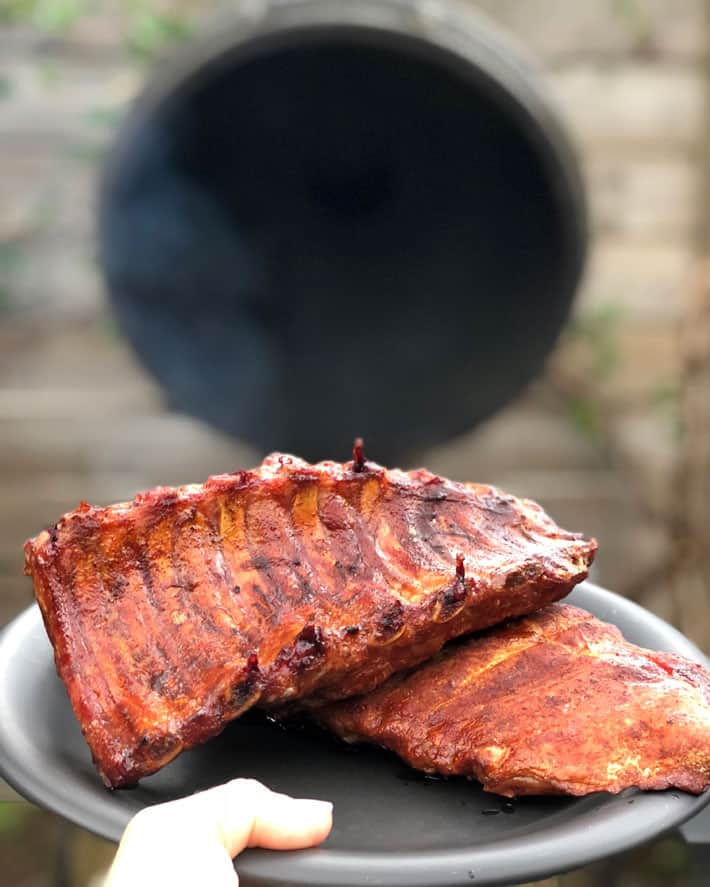 Fried Chicken - I have never once in my life made fried chicken.  But I did the other night. I have no idea what came over me but I knew that a Sous Vide is supposed to be a miracle tool for award winning chicken overcookers like myself. The Sous Vide takes any of the worry that your fried chicken will be raw on the inside.  THIS was the real winner.  Holy crap. 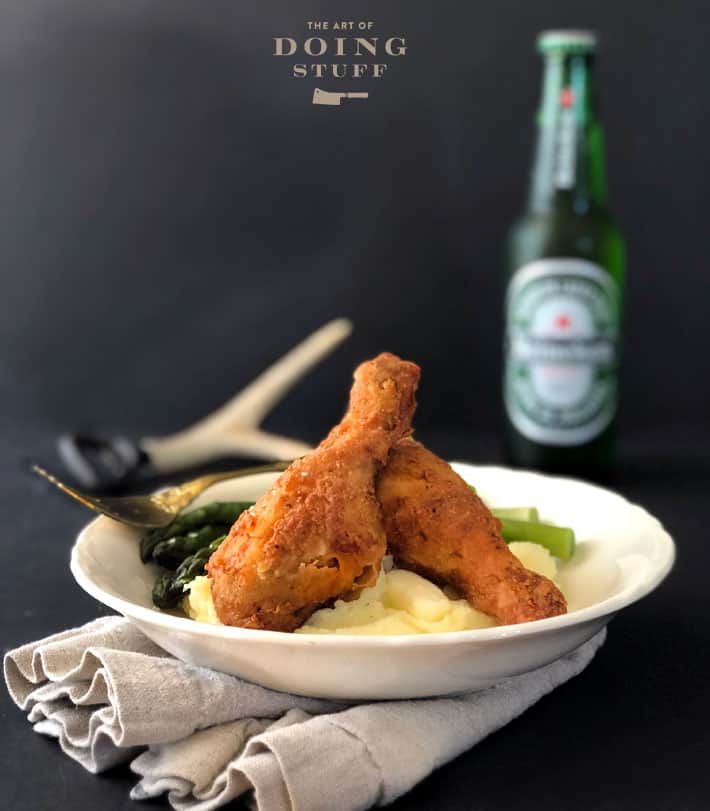 The chicken was - succulent. And that's a word I don't like as a general rule because I find it creepy.  But it's exactly what the chicken was.  Moist, juicy, not dried out and tender without being mushy.  I will absolutely be posting this recipe in the future.  I LOADED the batter with herbs and spices. Maybe not 11 herbs and spices, but a lot of them.

Just describing the fried chicken to my mother had her hopping.  She was ready to run out the door and buy an immersion Sous Vide. I had to convince her it wasn't imperative that she get one at 10 o'clock on a Tuesday night and it could wait until morning. You know, once she'd sobered up a bit.

You're cooking in plastic??!!  Isn't that unsafe you lunatic??  THIS is a hotly debated topic but after doing  a fair amount of research I've decided that the risk is minimal especially considering the low temperatures at which food is cooked.  Nom Nom Paleo has a great post describing all of the potential dangers and solutions.  Foodsaver bags are your safest option while also being convenient and affordable.  If you're incredibly worried you can go with silicone bags which at this point are about as safe as you can possibly get but also cost $20 each and are difficult to find.

Is cooking Sous Vide really worth the time and effort?  That's the thing!  There's almost no effort.  And yes it might take 48 hours to properly turn a crappy chuck roast into something that tastes like tenderloin, but you're not actually doing anything in that time. You drop it in the machine or pot and walk away.  So my answer is yes.

On day 15 all I could think was, I think I'm becoming like those weird cult-like Instant Pot people, only with the Sous Vide machine.  I'm only a few weeks into owning the Sous Vide so I could still be in the infatuation stage where it can do no wrong in my eyes but so far for me, it's MITTIP. More. Impressive. Than. The. Instant. Pot.

Mind you, so is an Easy-Bake oven as far as I'm concerned, so maybe not a good comparison. 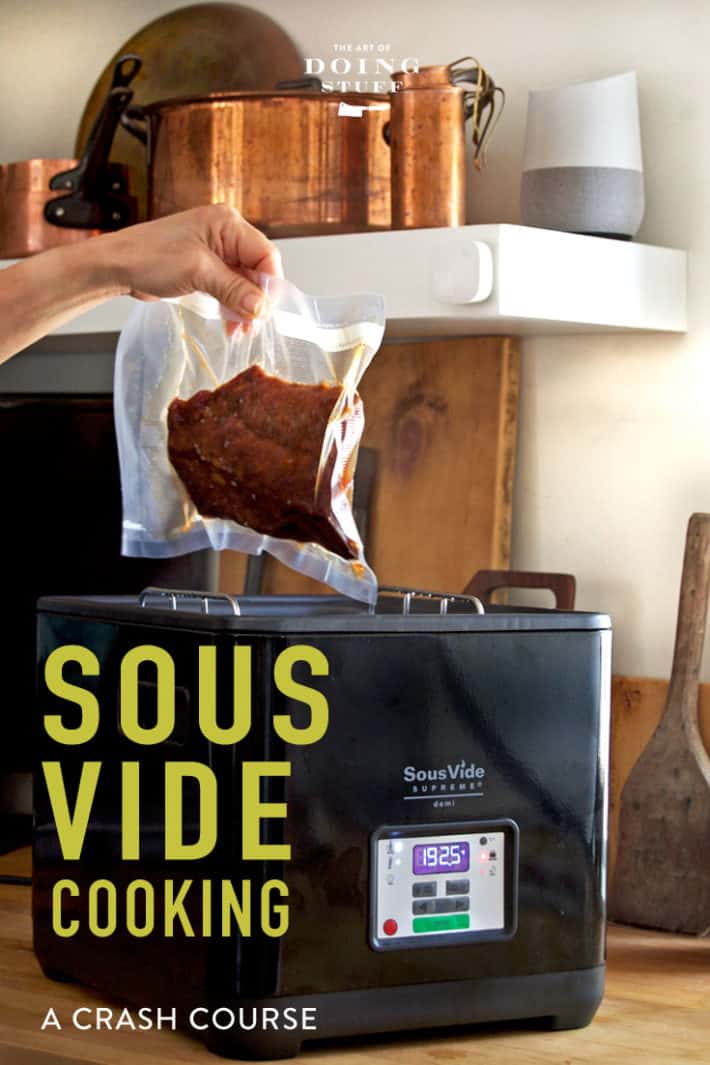