Once there was a girl who had no money but needed a table.  So she scoured the back alleys of the big city looking for work.  She'd wash dishes or sweep floors.  ANYTHING to be able to afford a table.  She walked up and down the alleys, the thin rubber of her sneakers introducing the gravel to the soles of her feet.  With hope, she knocked on the back doors of restaurants, shops and homes begging for work.

They all said no.

Desperately tired and aching with humility she slumped against the graffiti splattered wall of a bar.  Her hip jutted out, forehead resting on the worn brick, she was the picture of desperation.  Plus she looked like a hooker.  So when a pleasantly drunk, tiny man in a slumpy suit wandered past her and asked "How much?" she found herself doing the only thing she could.  She punched him in the armpit (she had terrible aim) and ran like hell.

She didn't stop running until 7 and a half blocks away when she tripped over something sticking out from behind a dumpster.  It was like a glowing beacon of light.  She dragged it home and got to work immediately.

By morning she had disassembled the wood pallet and built herself a new table.

And THAT my friends is how Pinterest was born.

The truth is, building something, ANYTHING out of wood pallets is a huge pain in the ass.  They're heavy, don't fit into the trunk of a car, and are ridiculously difficult to take apart. But one of the things that people usually like about them is they're often aged looking and a bit hacked up.

But you can fake that. And you can probably even fake it better than the real thing. 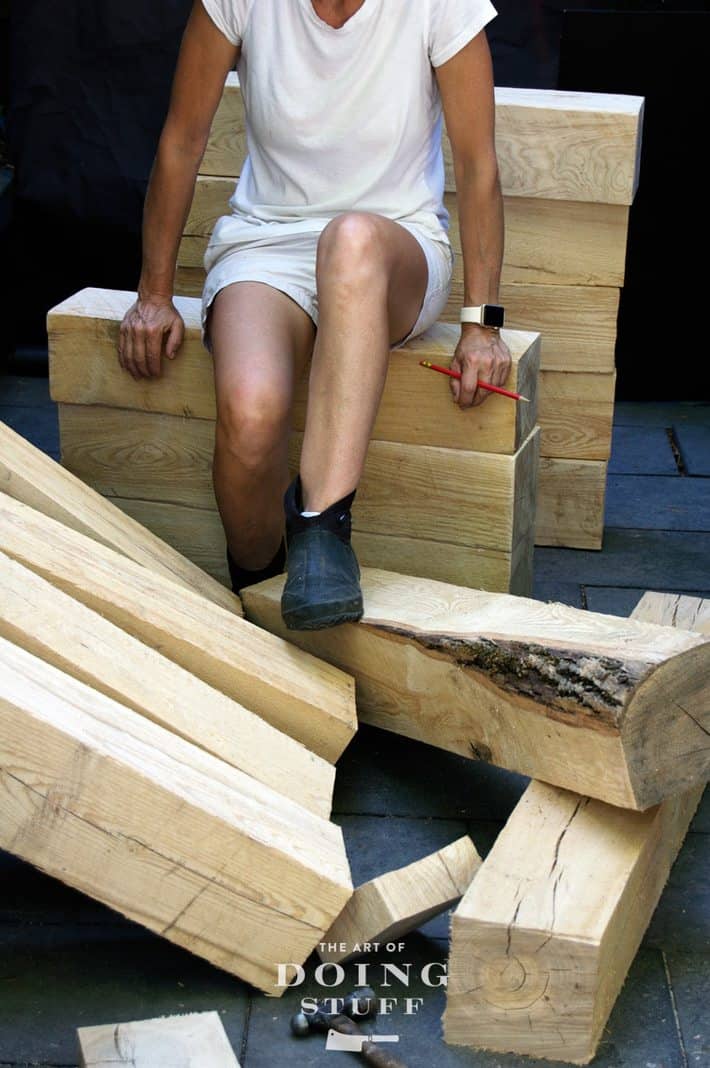 Several screws and a piece of 1' long piece of 2x4

I'm actually building my own outdoor furniture out of rough cut wood posts.  You can't get this kind of wood from your regular big box store.  Big box stores, I discovered, only sell 6"x6" posts in pressure treaded or cedar. But no other unfinished wood.  I got these posts through a a man who had a small hobby sawmill on his own 80 acre property.  He cut the wood from his own bush, sawed it in his own sawmill on his property and let it air dry for a year.

These are 6" x 6" posts of white ash to be specific, which is a very hard wood.  It's what baseball bats are made out of.  That means they're harder to ding up than a soft wood like pine or spruce would be.

So I had fresh, rough cut beams I needed to make look old and banged up. 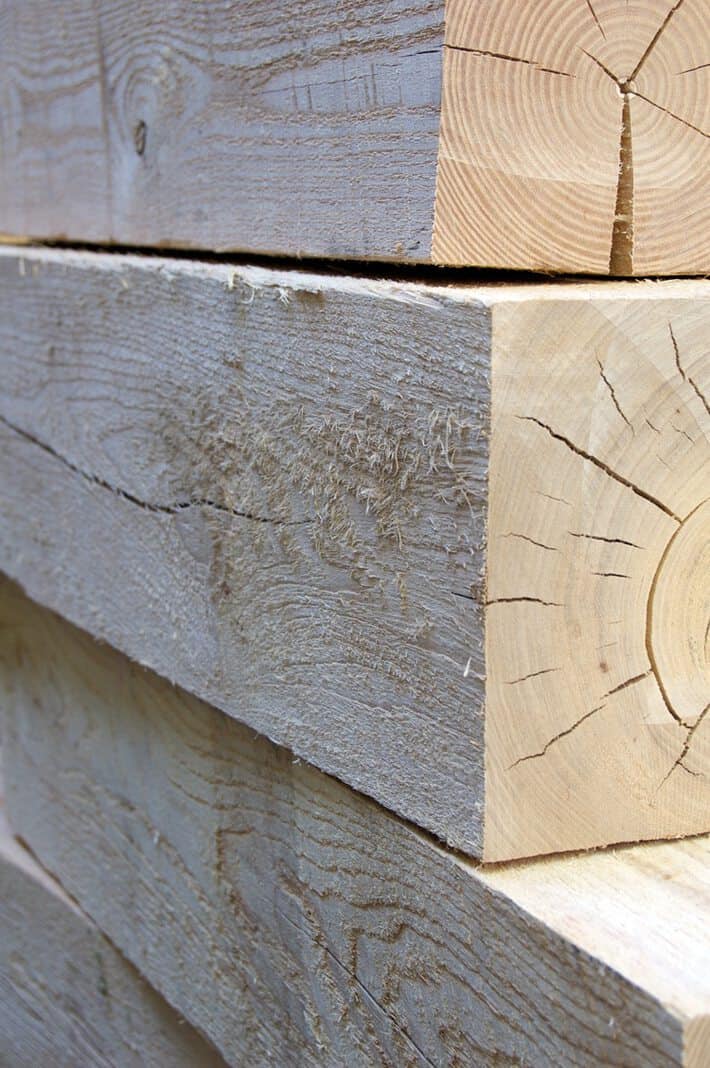 First off I had to sand the rough beams so I wouldn't get splinters while lounging on my new furniture and then I had to knock off the sharp corners a bit. 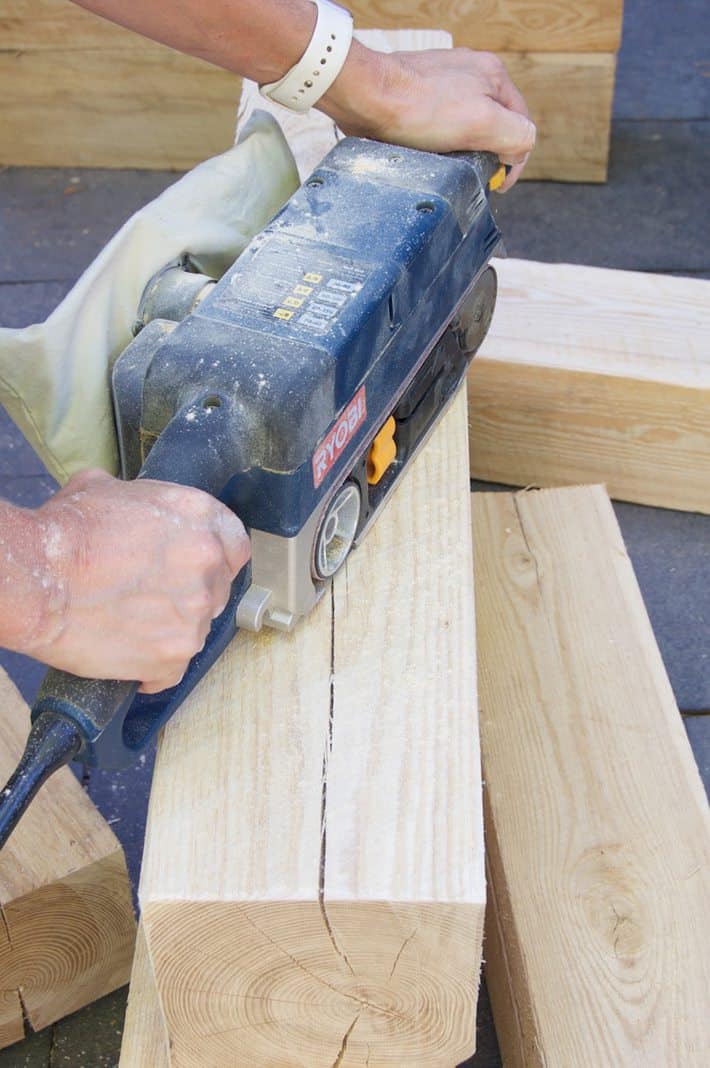 I did this with a belt sander. 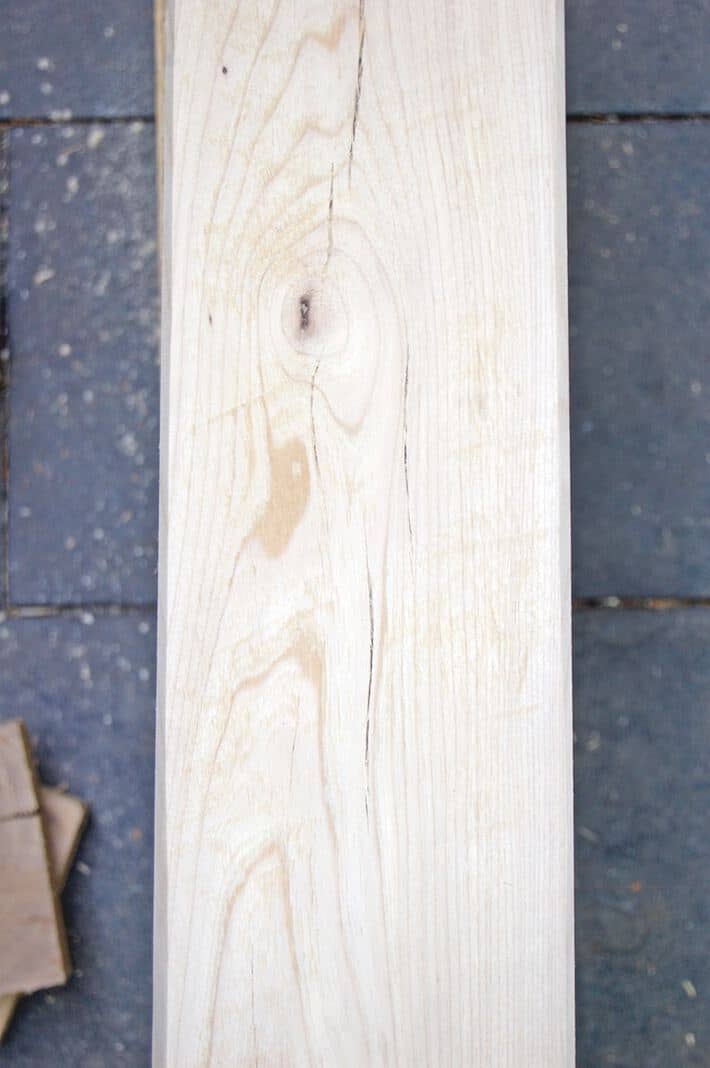 Once the wood was sanded it was ready to hack up. 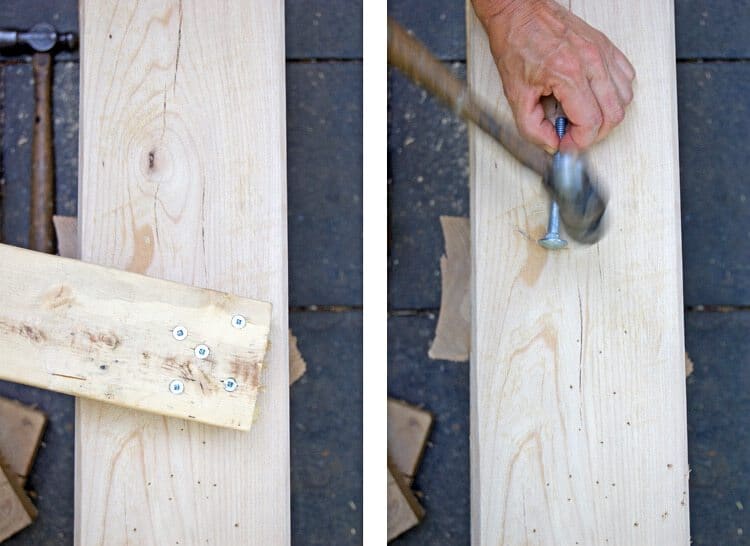 The easiest way to get the look of worm holes is to screw 5-7 screws of equal length into a 2x4.  Just screw them in randomly.  Then start banging away on the wood.

Anything with a sharpish edge can be banged into the wood to create a dent.  And that's what you want.  Lots of bangs and dents.  Probably more than you think you need. 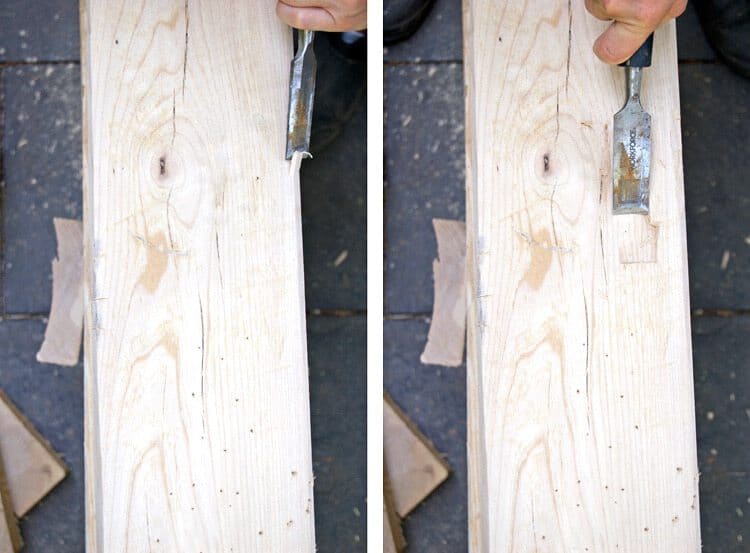 Then comes chiselling.  The chisel can be used to chisel out entire sections or to just mark up the wood a bit.

It's also great for creating little chinks in the edges of the wood. 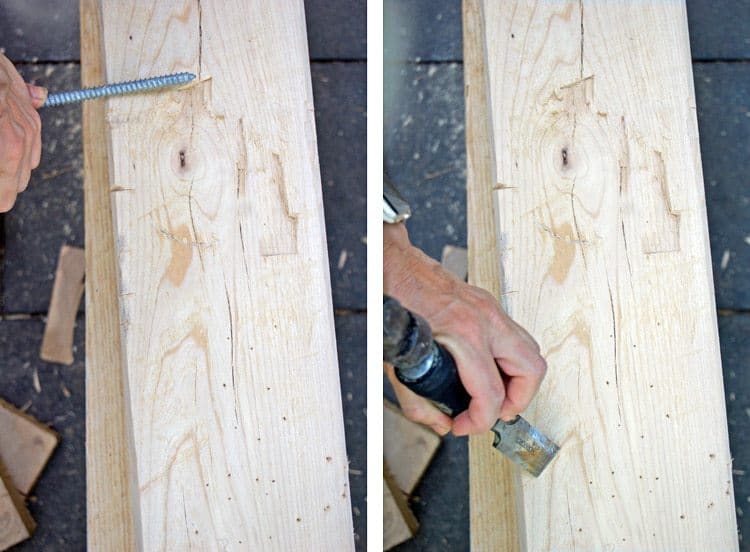 Using a huge screw or bolt that has large threads and dragging it across the wood gives you a whole other effect.

If you're hacking up a soft wood you can also hit it with a chain or a sock full of nails.  The wood is so soft it'll ding and dent.  Chains and socks full of nails don't work on hardwood.

The wood gets lighter once it's sanded but once it ages it'll get darker and all the nicks and dings will come out even more.

At this point it just looks kind of meh. 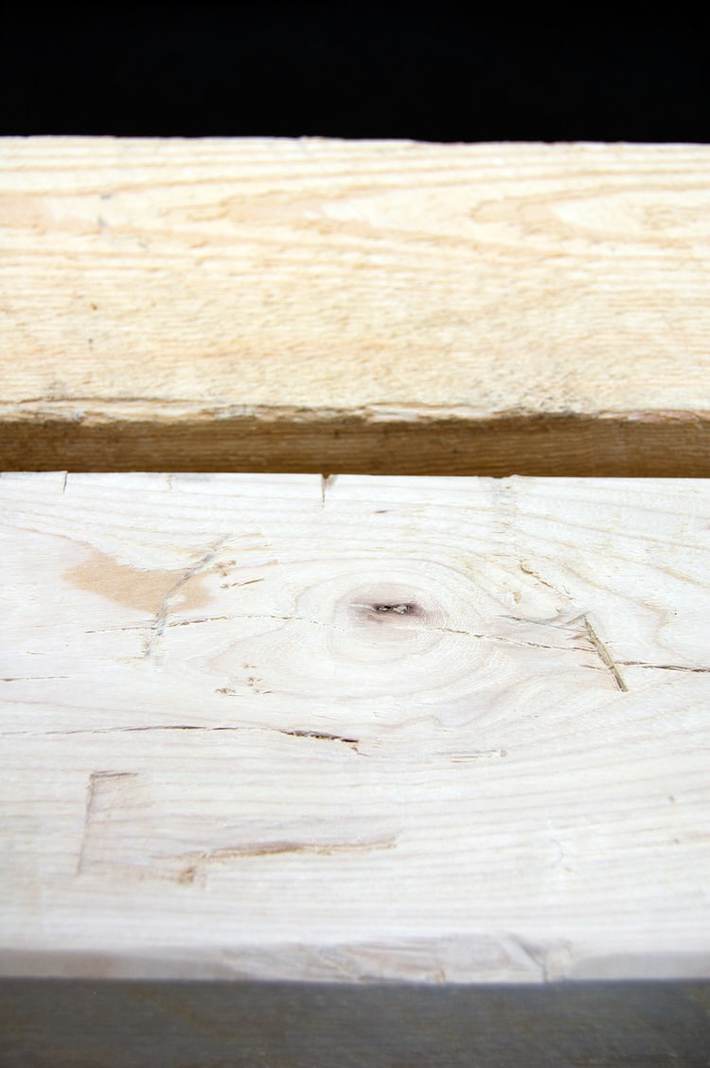 And how it will look after either ageing for a few years or after staining it.

So quite a drastic difference from the original wood.  Proving that old adage once again, "It ain't that hard. Any of it."

Unless it's taking apart a wood pallet.