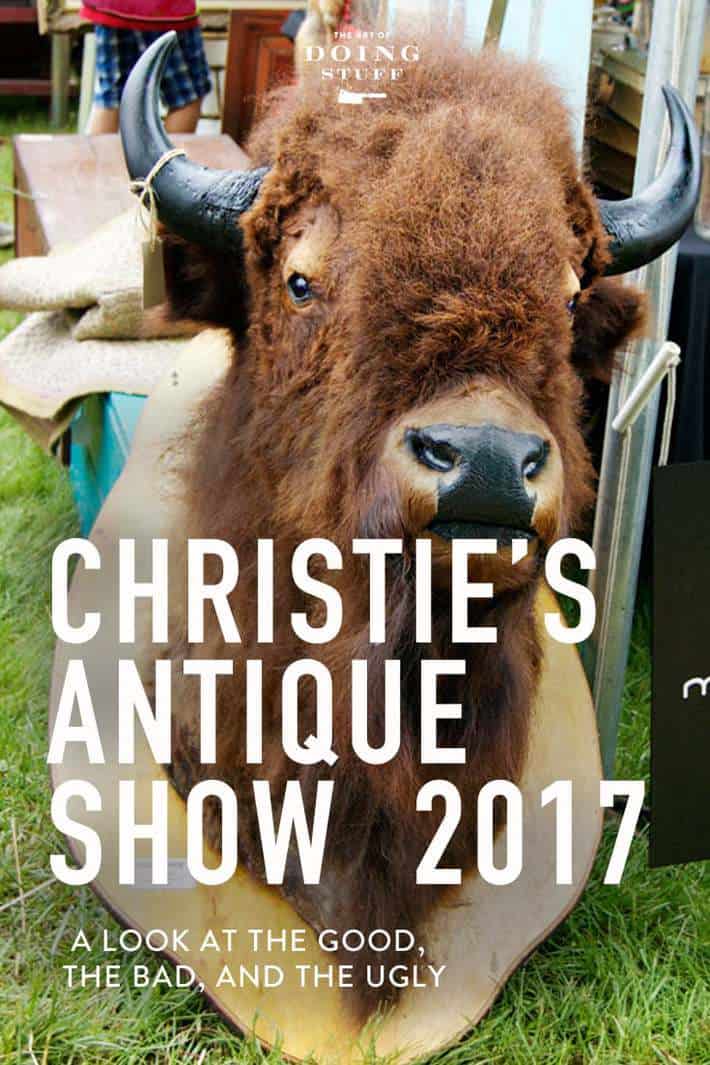 Ohhhhhhhh things took a turn on me this year at The Christie Antique Show.

Swear at the alarm clock, wake up, get my coffee, stand outside waiting for my sister to pick me up.  That has been the Saturday morning routine for every Christie Antique Show for the past decade or so.

This year the unthinkable happened to poor Pink Tool Belt.  The sort of thing you see on the news and think That's so horrible! I feel so bad for the family. I wonder if I should send money.   You never think it's going to happen to you.  But it did.  On May 27th, 2017, the exact day of the Christie Antique Show ... Pink Tool Belt had to work.

Now what?  Betty was at home waiting for some company to come and open her pool because she's obviously the laziest 82 year old you'll ever meet, Fish Pedicure was on some sort of gardening rampage, and then there was me; crumpled and misty-eyed on my couch the night before wondering what I was going to do.  I was going to have to go by myself. That's all there was to it.   I'm a strong independent woman.  I could do this.   What was going to happen when I squealed in delight?  The general public is suspicious of lone squealers.

Then I remembered I "had a guy".  You know how you "have a guy" to do plumbing, or electrical work or taxidermy?  Well I have a guy who needs a minuscule amount of help buying some accessories for his house.  BAM.  A few hundred texts later I had badgered him into coming to Christie's with me.

And this is our story. 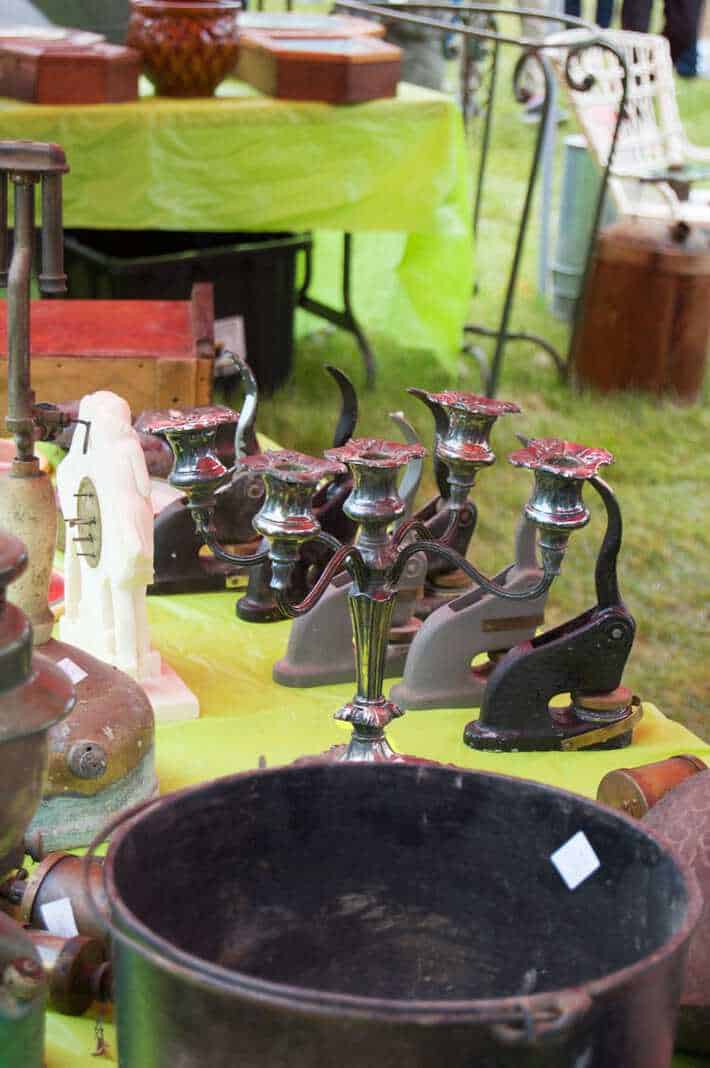 This is what I was looking at while he was on the phone checking for measurements so he wouldn't buy anything too big or small. 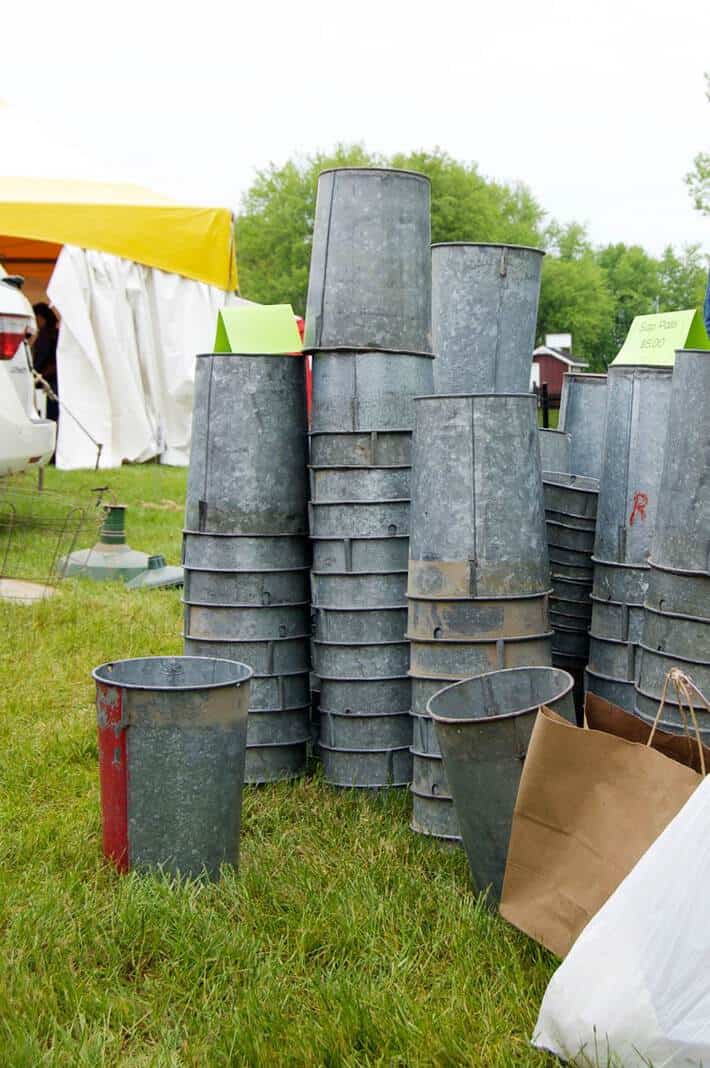 Ditto for the sap pails. 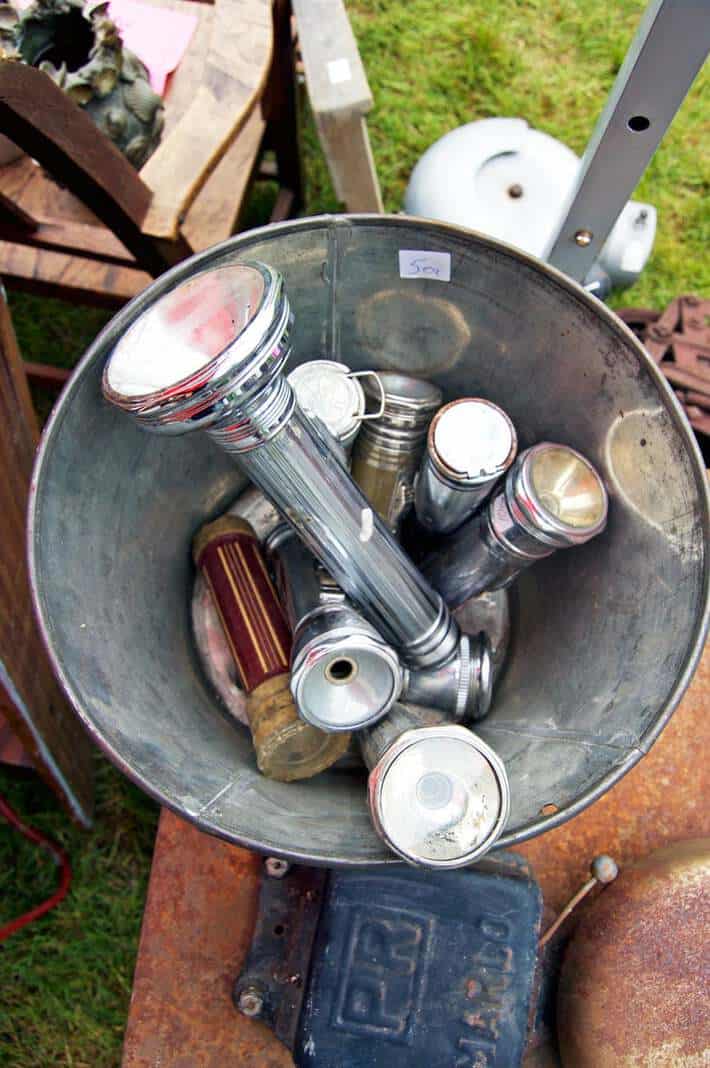 Still on the phone ...  so I wandered over to the metal flashlights and let out a tiny squeal that I don't think anyone heard. 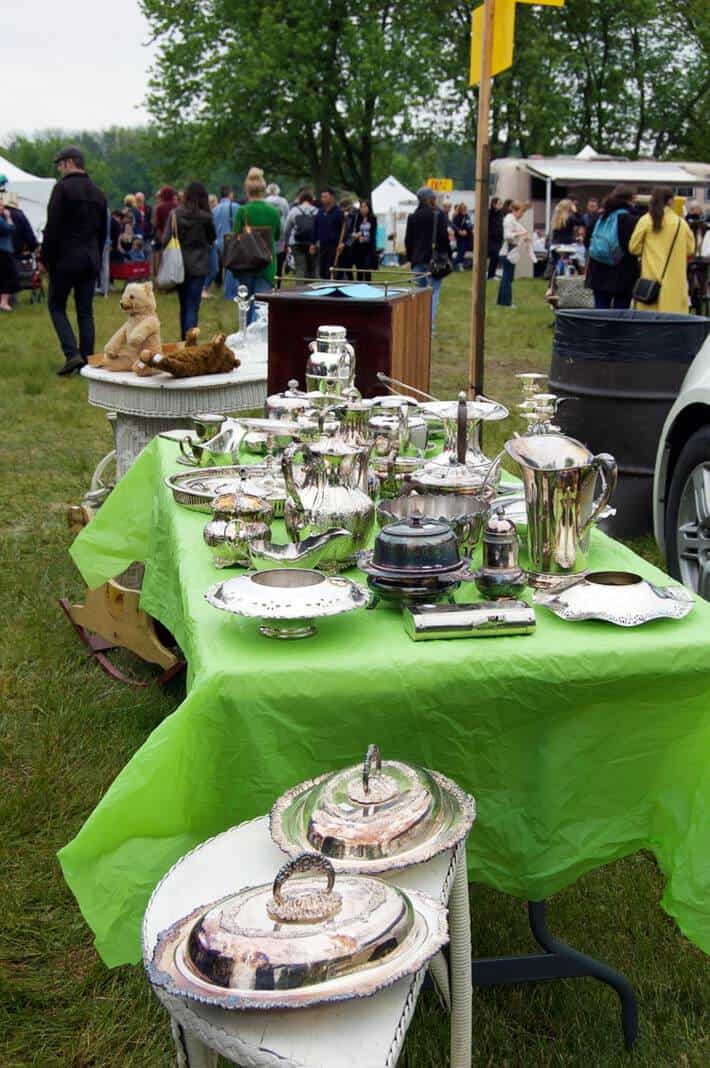 He was on the phone getting another measurement.  In the span of an hour so far we'd gone in one very small circle around 2 booths multiple times.  I was already getting Musty Guts. 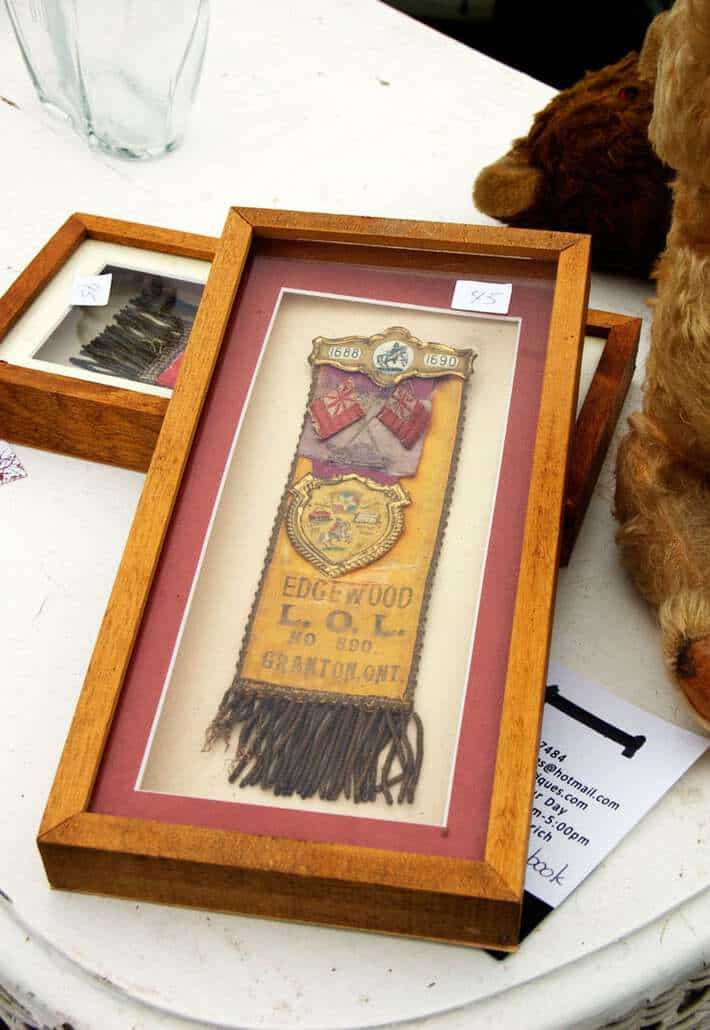 He's off the phone and now we're wandering.  I feel like he's got his bearings and we're good so I lead him up an aisle.  But he gets distracted and goes in one direction and I get distracted by this ... 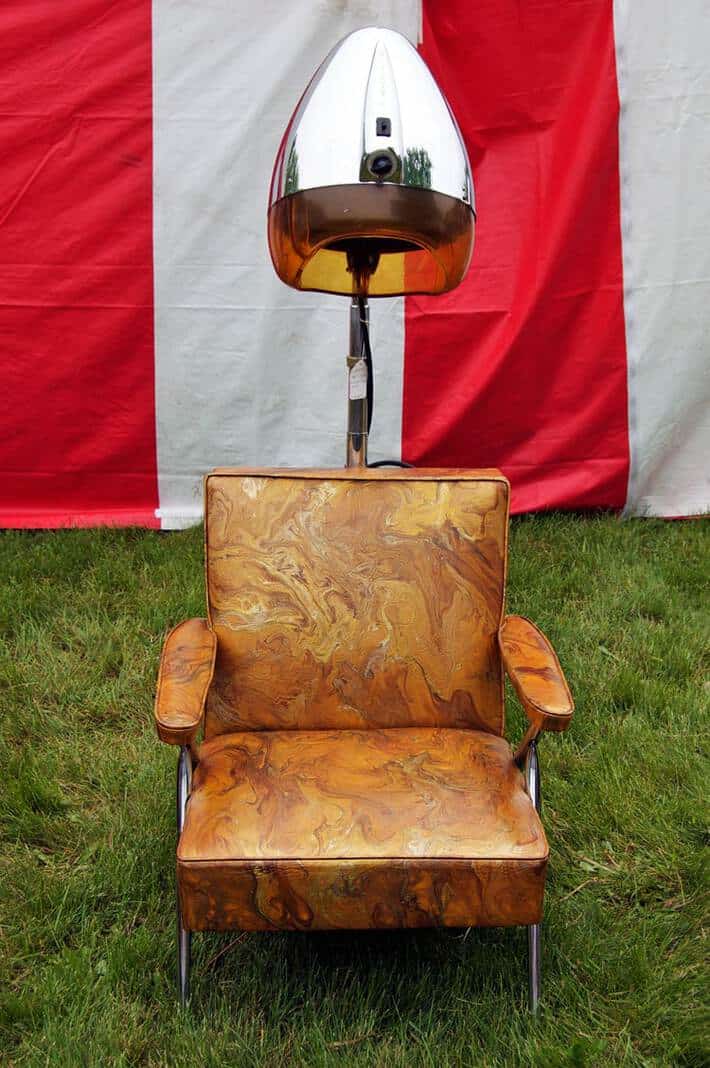 ... and I go in another direction.  We're going in circles again but somehow manage to circle right back into each other where he asks me to keep my eye out for a big Buffalo head.  He thinks a great big buffalo head is exactly what his house needs.  I'm unsure of this direction for his decorating but agree to keep a lookout. 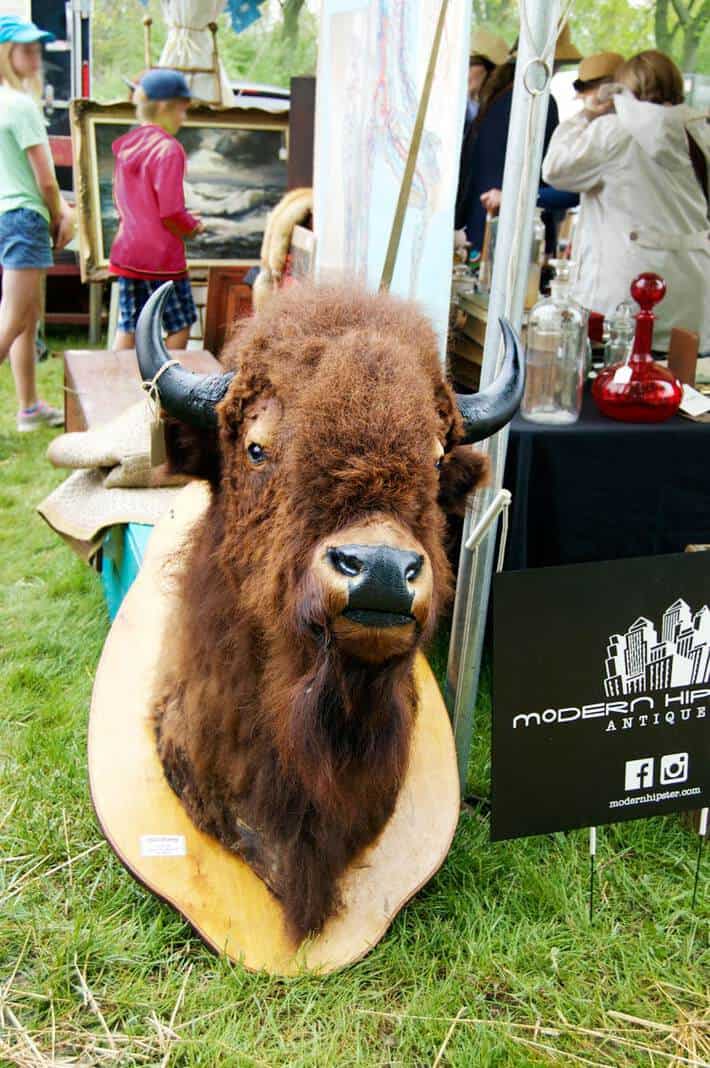 Directly behind me the entire conversation was this fella.  An antique show is no place for humour.  It's a serious, serious endeavour and these precious commodities of the past should be treated with the reverence they deserve. 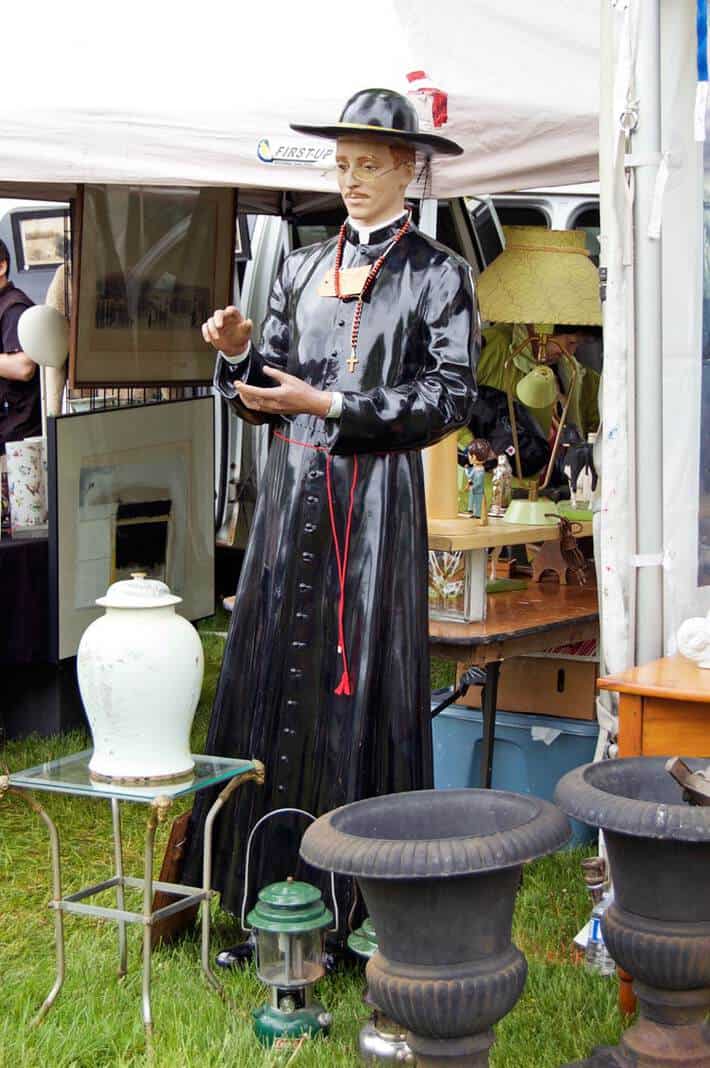 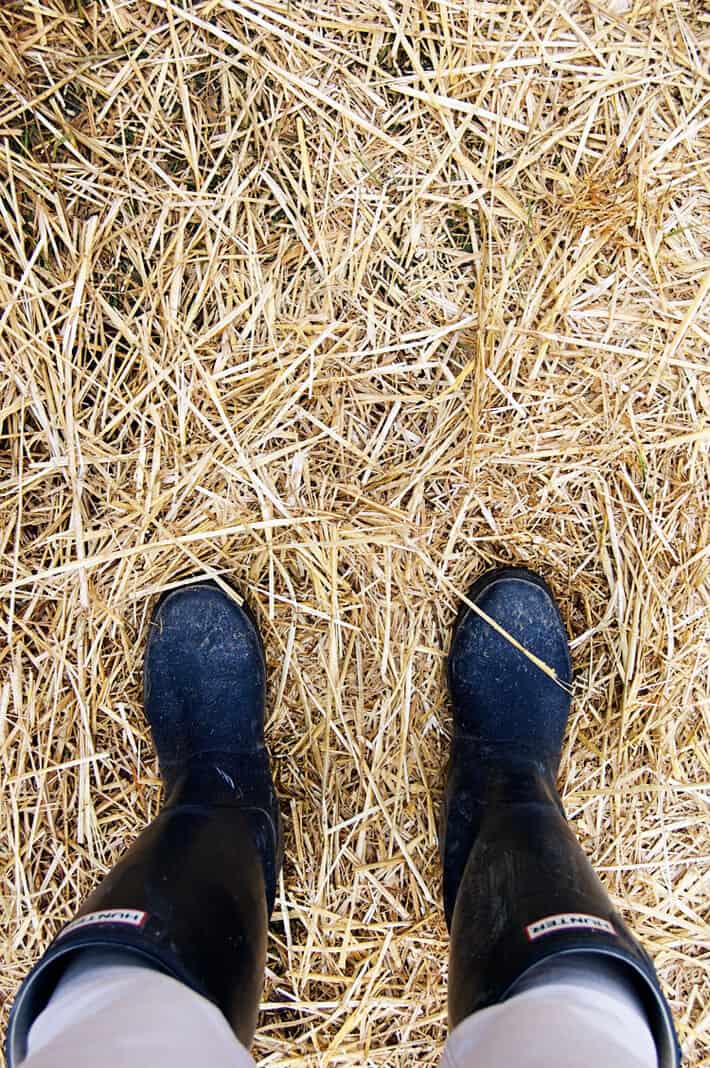 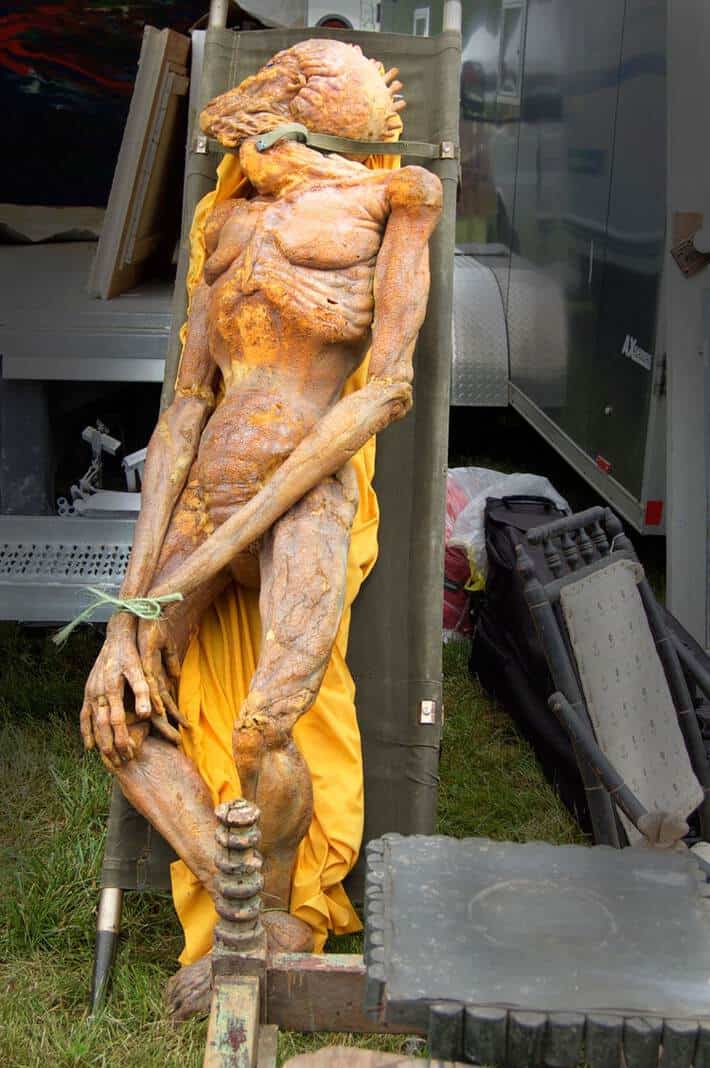 The owner of the erotica line drawing below quickly informed me he had a whole STACK of these by the same artist.

How does one respond to that? 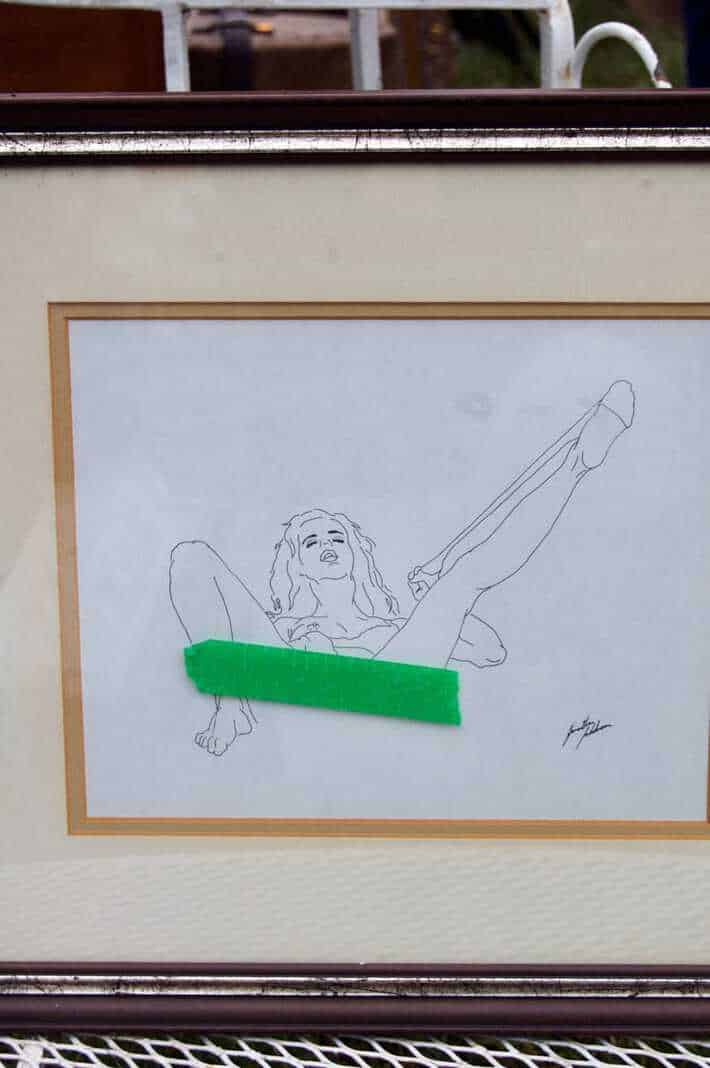 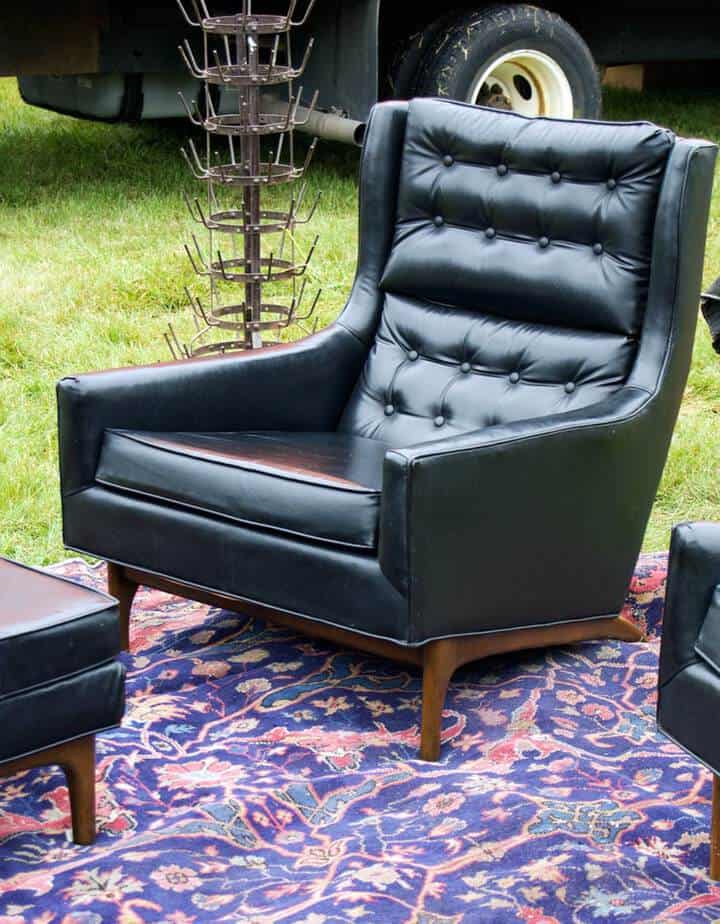 I loved this chair and ottoman.  It was a set actually, for $1,200. Two chairs and one ottoman.  The design was beautiful, I loved the black and they were relatively comfortable. But they were vinyl.  And just musty enough for us to make a beeline to the fry stand. 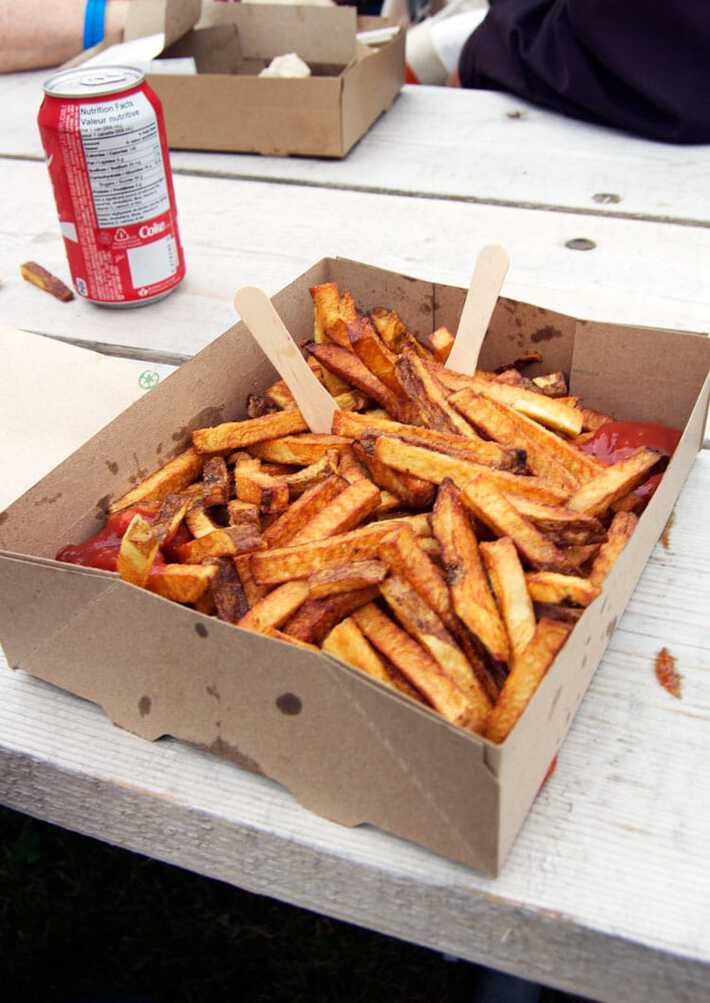 Fries.  Always fries.  (click for the full story on that phrase) 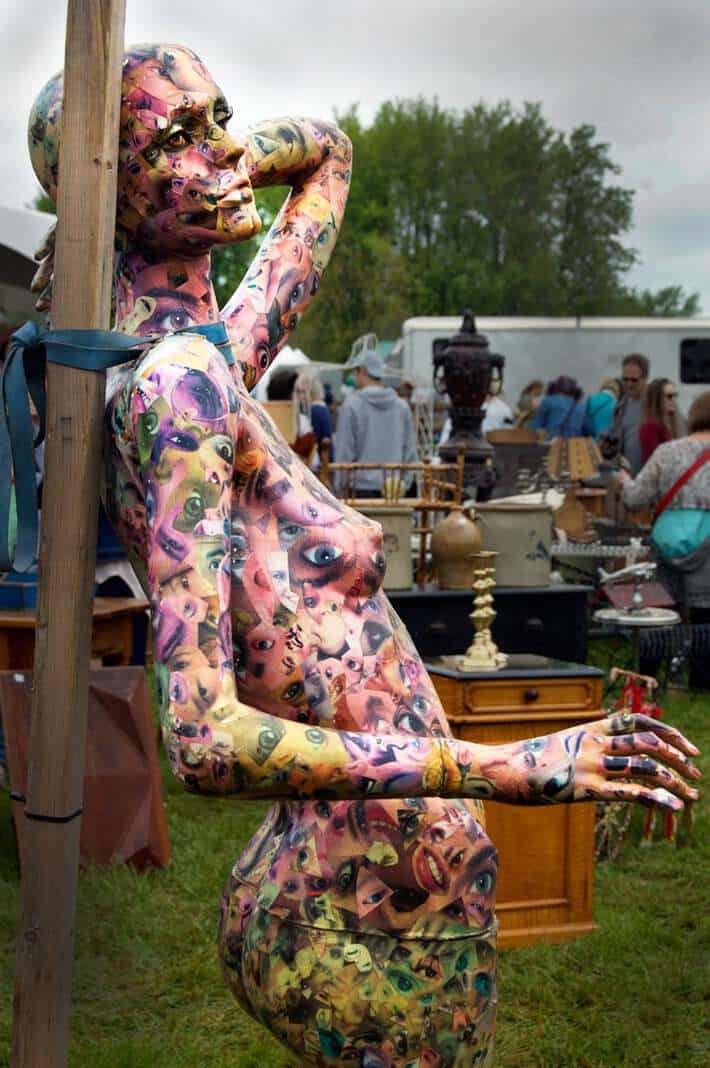 By about halfway through our trek we started to develop a rhythm.  It was working.  Change isn't always bad.  Only usually.  Like for instance if someone had bought the above mannequin to spruce up their bedroom.  That would probably be a bad change. 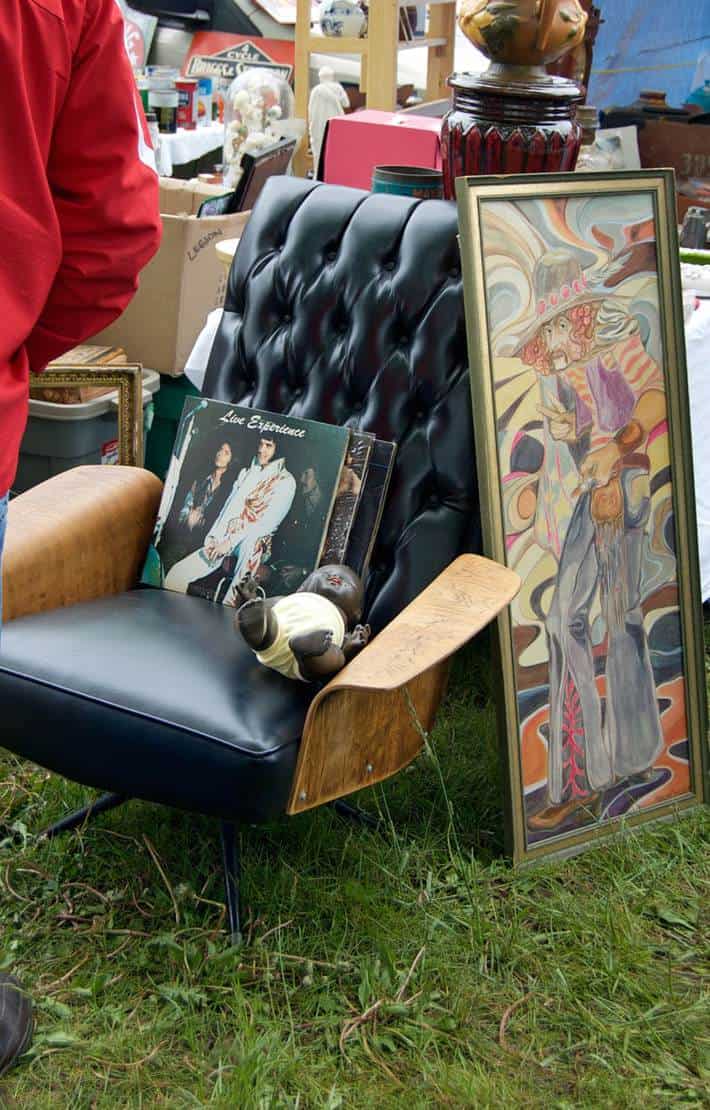 If you remember THE CHAIR that I've been looking for, this is by the same designer for Plycraft.  It's a fantastically designed chair and if it had had the ottoman to go with it I would have started squealing and haggling and dancing all at the same time. But it did not.  But just for fun I did those things anyway. 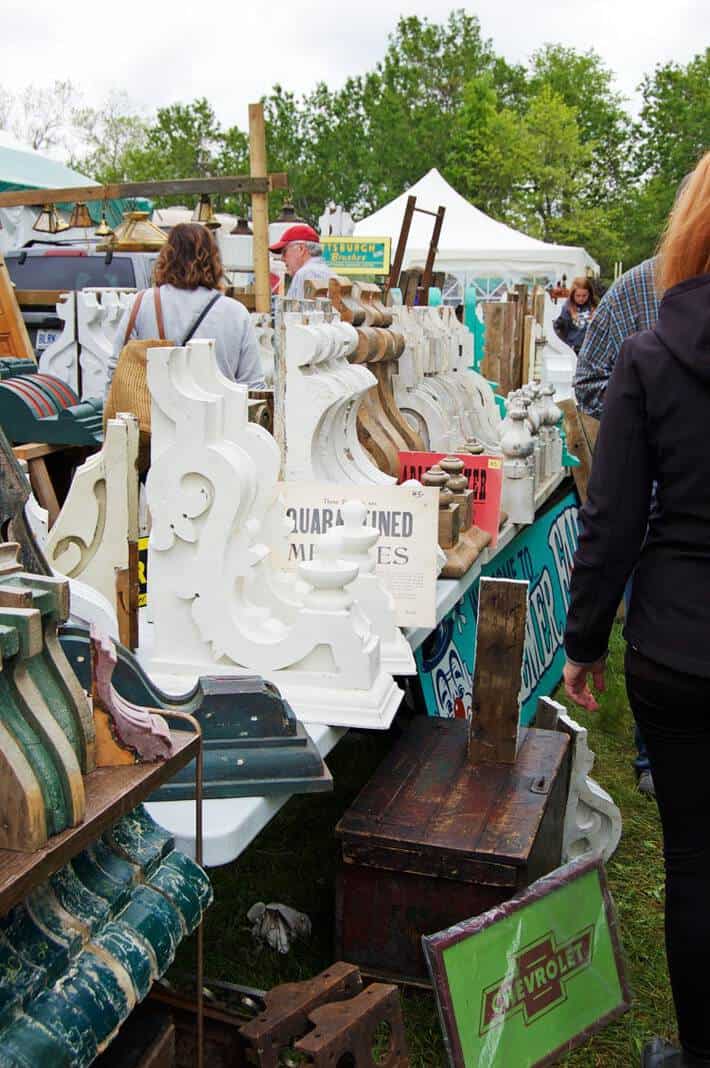 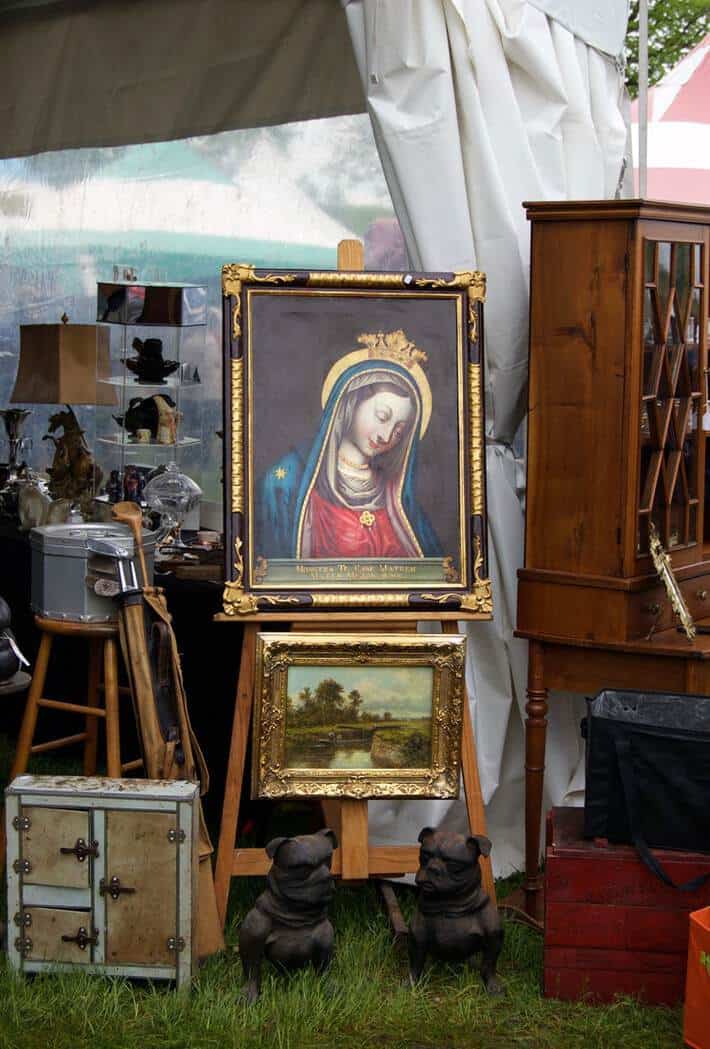 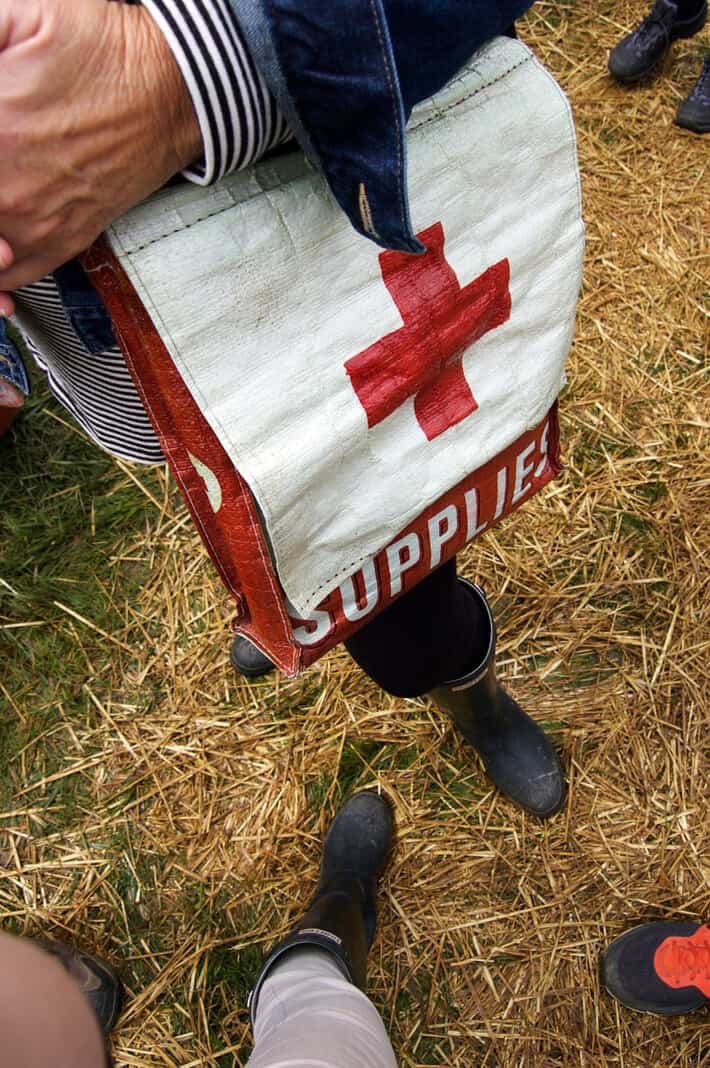 Antiquing at a show like this is funny.  You have to make your first purchase.  Until you do that, you feel like you're just wandering around a museum.  But once you have made that first purchase and broken the barrier, there's very little anyone can do to stop you from buying anything and everything, including but not limited to a Coca Cola sign that's the appropriate size for hanging on the Great Pyramids. 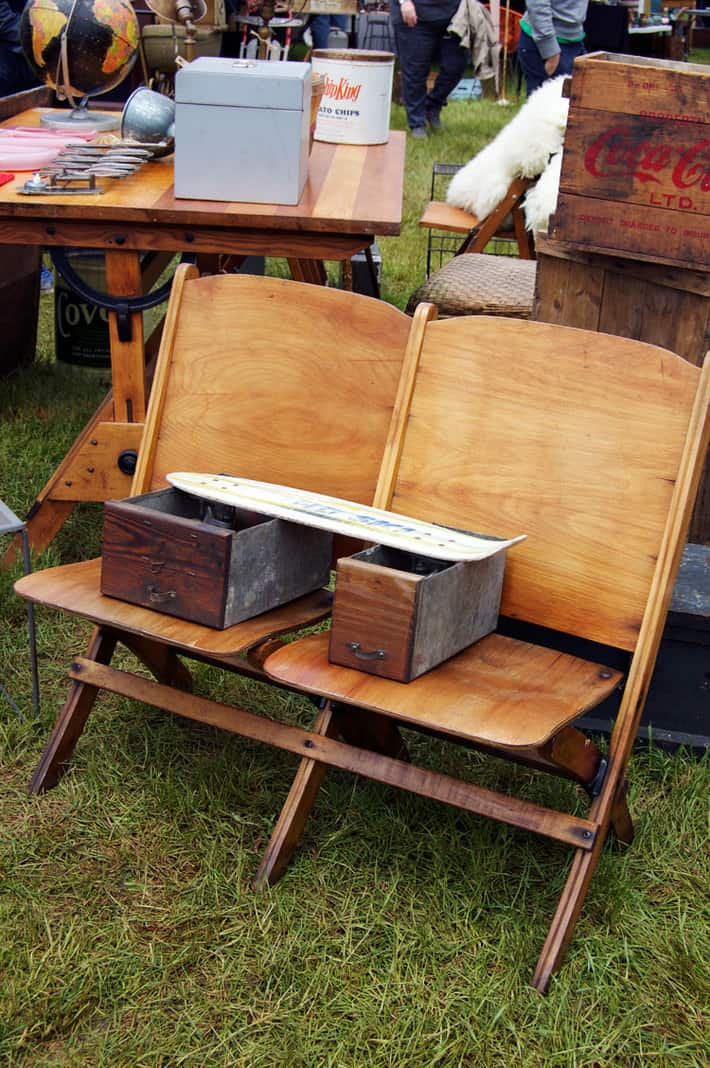 That's why it's good to go with a friend.  To both encourage good purchases and stop stupid ones.  The theatre seats, skateboard and wood front drawers were some of the purchases we made for his house.  The theatre seats will go in a front hall as a place to put on your shoes, the drawers will slide into bookcases allowing him to hide some stuff while still keeping it accessible and the skateboard?  The skateboard will hang on an office wall with a bunch of other skateboards. 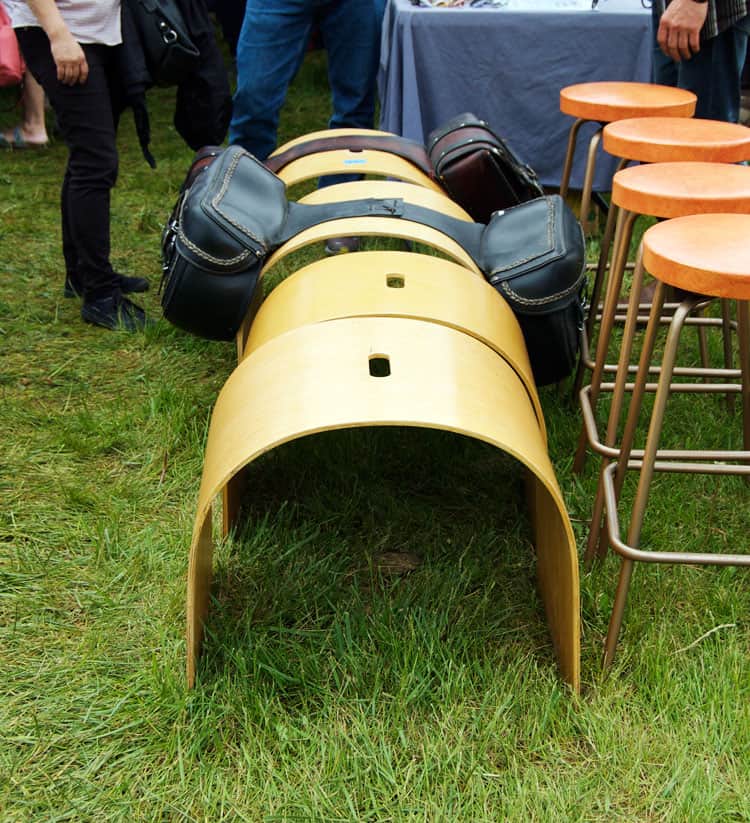 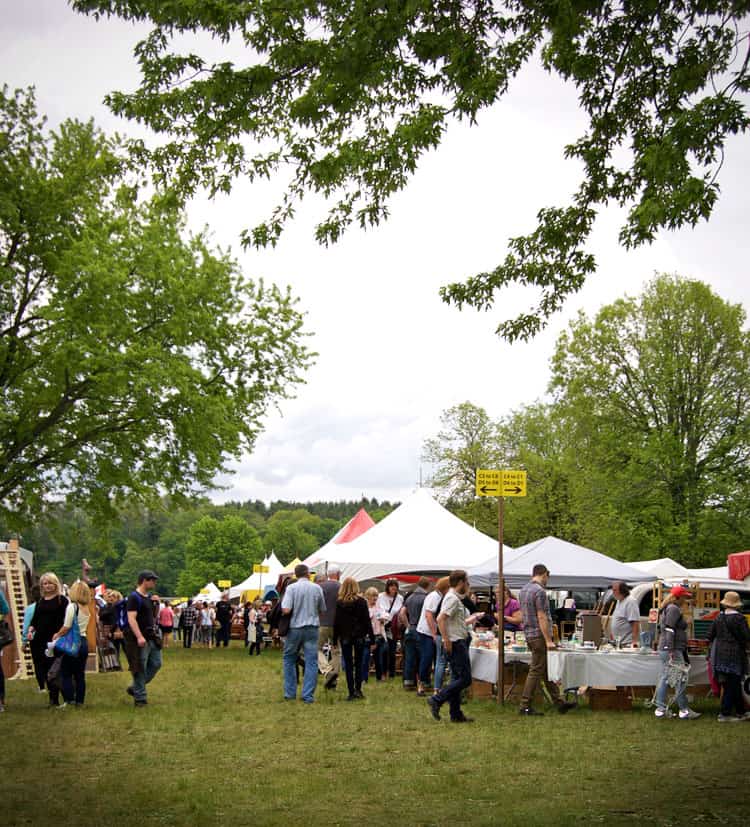 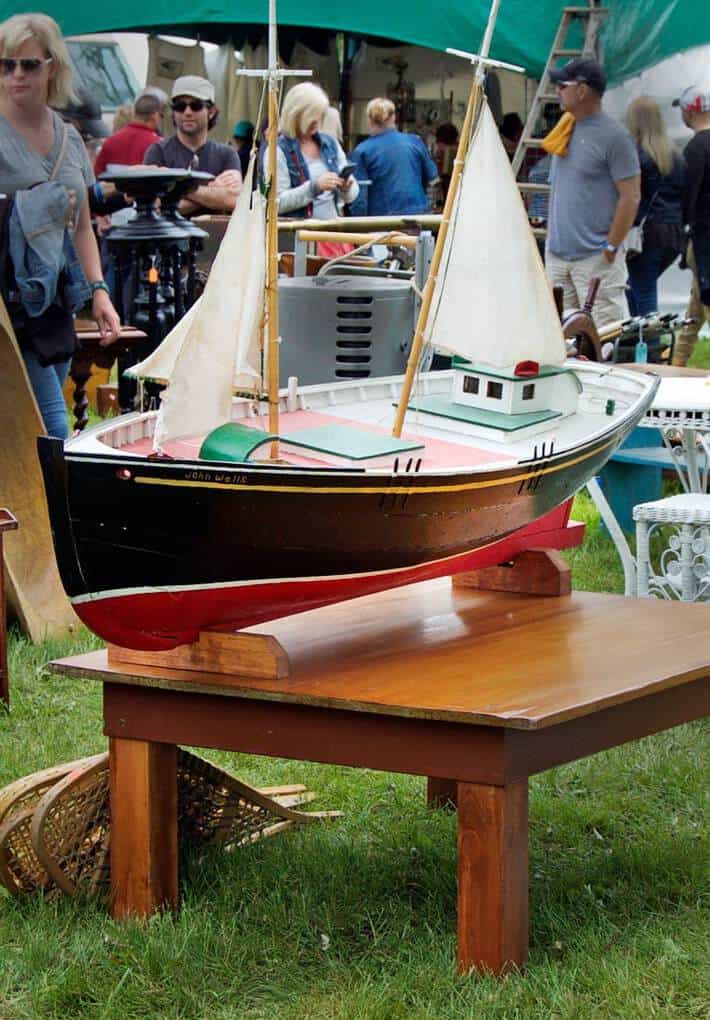 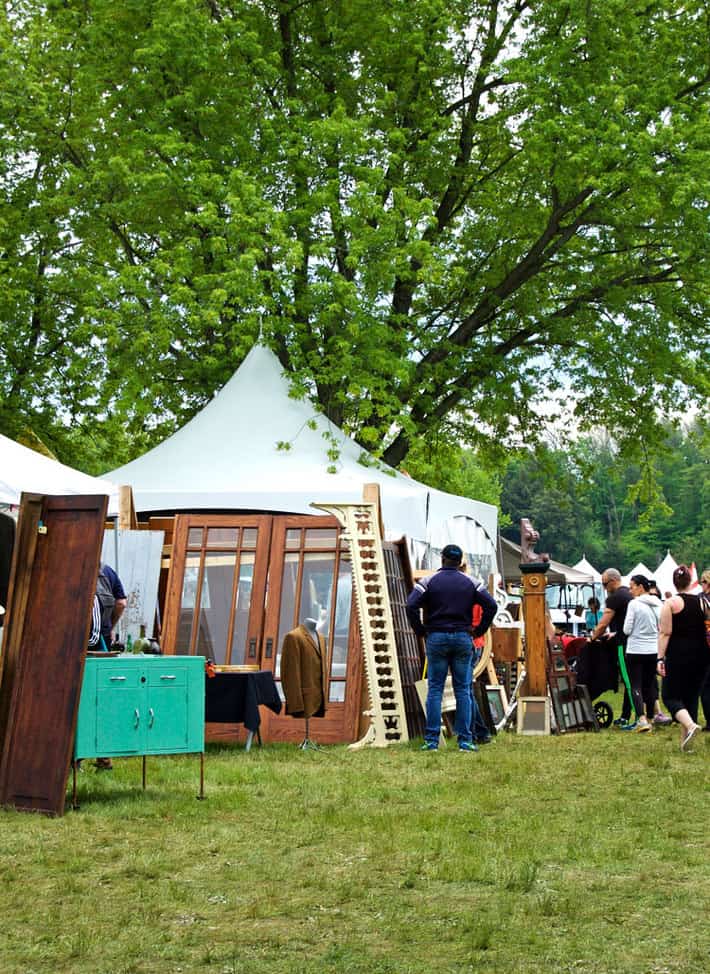 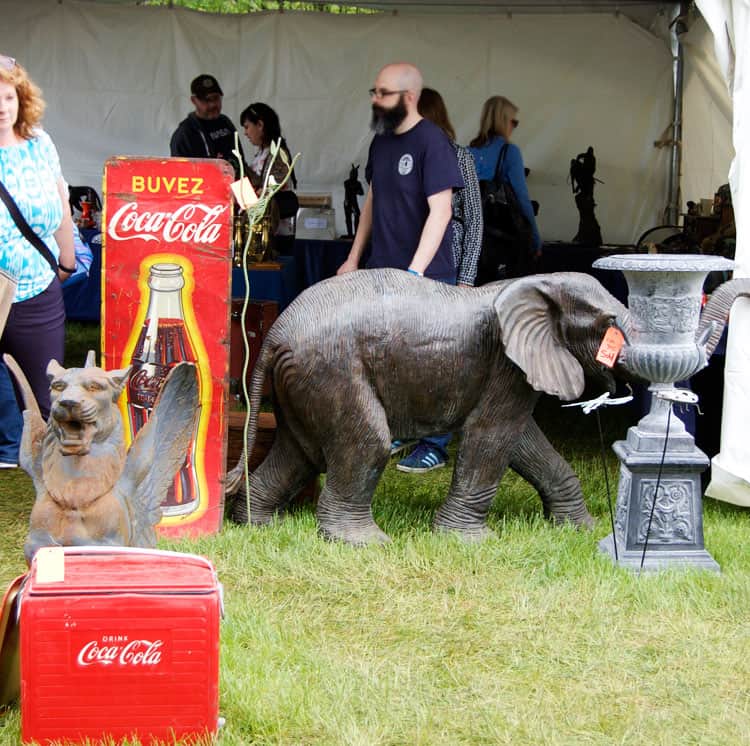 The final purchase of the day were these antique tools to hang over my friend's fireplace.  People always think art has to be a painting.  It doesn't. Art is anything you love looking at.  If you have a space to fill, fill it with things that mean something to you.  He happens to like building  things so a collection of antique tools over his mantle is way more meaningful and unexpected than a print from Homesense.  ( That's Homegoods to you American folk.) 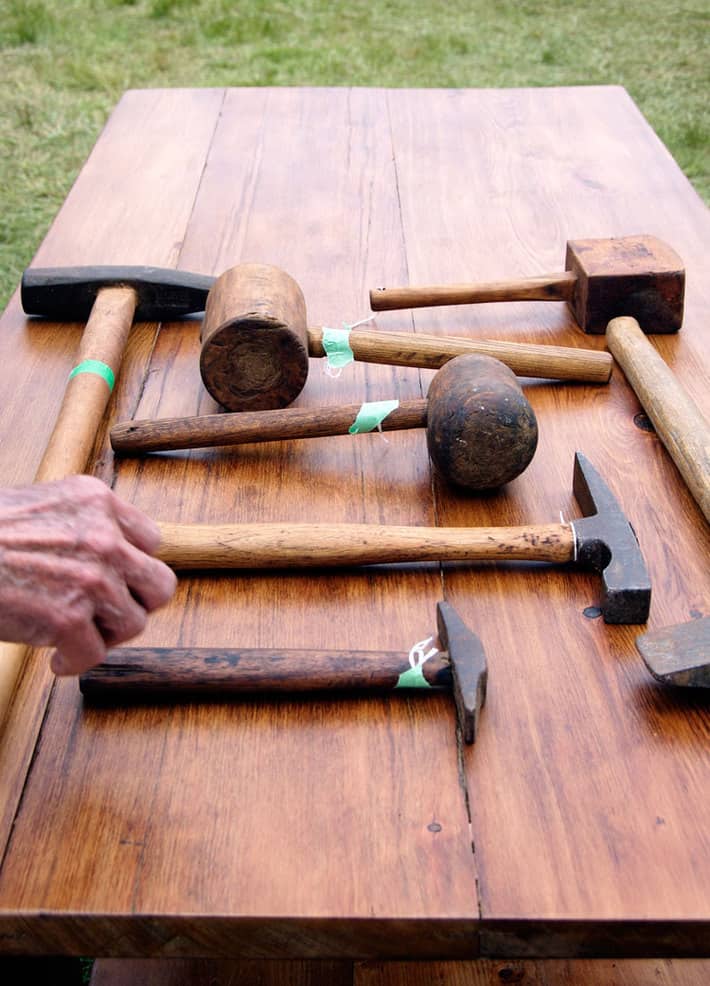 A few hours later we were done.  The day did not progress in a familiar and traditional fashion.  It was kind of like a baby giraffe taking its first steps; awkward and rambling for the first little while but we soon hit a graceful stride.

Plus.  We ate french fries.