This is the story of Edgar the Spider. A Halloween tale . Get under a blanket, turn the lights off and prepare to be afraid. It's a Halloween tradition around here. 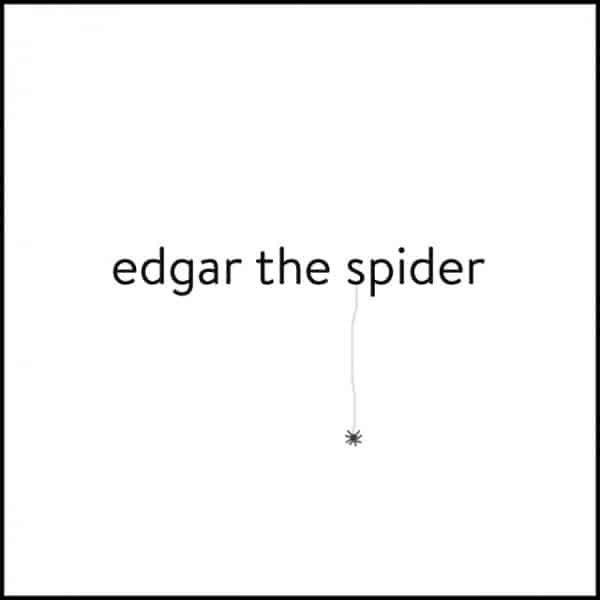 Sunday morning I woke up and declared it pajama day.  I did this out loud, to my cats, while sitting cross legged on the couch with my morning coffee.  Both cats gave their sign of approval by completely ignoring me.  Perfect.  Pajama day it was then.  For the next hour or so I flipped through the small stack of decorating magazines that had been growing on my coffee table since August.  By the time I got to the pumpkin heavy October issue of Country Living I realized I hadn't done my Halloween decorating yet.  How fortuitous. Pajama day would be the perfect day to do it.

Mainly this is because although I love pajama day, I don't love sit around and do nothing day.  It makes me feel sad and useless.  Like a hotdog with no mustard.

So after my second cup of coffee I walked out to the kitchen declaring it Three Cups of Coffee morning with my cup  held high above my head like a Viking.  Again the cats didn't object, although one of them questioned me on whether or not Vikings held coffee cups over their heads.

Reaching up onto the shelf where I keep my coffee cups I noticed something barely moving on the countertop.  I put my cup down and took a closer look AT WHAT TURNED OUT TO BE THE BIGGEST SPIDER I'VE EVER SEEN IN MY LIFE.

Just kidding.  It was a tiny thing.

Normally I'd kill that spider no matter how tiny it was, but that day I didn't.  I'd found a centipede in the bathroom a few nights earlier and figured I'd spare the spider, starve it out for a few days and hope that it would get hungry enough to eat a centipede 12 time its size should one wander past it.

I should mention that I killed the bathroom centipede.  I killed it a lot.  It was only little as well but that's no reason to not kill it a lot.

I should also mention the spider we are now speaking of is Edgar.  Edgar my spider friend.

After the hullabaloo with Edgar, I stirred my coffee, tapped the spoon on the edge of the sink and made my way down to the basement.   It isn't the prettiest basement but it has two advantages over pretty, finished basements; a) it's an entire floor  where I can store things  and b) it's so scary most kids would rather do anything than go down there.  This makes for some very productive days when kids visit.  As in "Would you like to clean the toilet,  the weird gunk under the taps and the weird gunk in the eavestroughs  ... or get me a single potato out of the basement?"   9 kids out of 10 choose the weird gunk.  The other kid is still in the basement.

Even though it's a fairly big basement it's not quite big enough to accommodate all of my addictions.  Between holiday decorations, power tools, scrap wood, seed starting lights, maple syrup equipment, silk screening junk and the stuff for various other hobbies and habits, there isn't much room for maneuvering.  I found a spot on the workbench to set my coffee down while I started to move some things around so I could get to the shelves filled with my Halloween decorations. Other than a few wreaths and feather boas, everything is stored on shelves in Rubbermaid bins.  That's on account of the great mouse incident of '98.

I put my hand up towards the top Rubbermaid bin, my fingers barely long enough to just grasp the edge of it.  Standing high up on my toes, I was finally able to grip the top of the bin to pull it towards me.  With a crunching sound my ring finger came down on something crispy.  Figuring it was a leaf or piece of straw I didn't think anything of it.

I don't know why I was so stupid.  I mean, you're not.  You knew right away it wasn't a leaf or a piece of straw, didn't you?  I on the other hand, had no idea.

Placing the bin down on the floor I could see a little scribble of something on the lid of the bin.  I looked closer and then jumped way, way back when I realized what it was. What my finger had come down and squished on that Rubbermaid lid.

A 2 inch long, dried up centipede.  And 3 of his friends.

I can't really describe the sound that came out of my mouth that day but if you really find it necessary to imagine it, I'd say imagine something between dry heaving and a snowblower.

I looked around desperately for Edgar but he was still upstairs and after a good 10 minutes of ageing, still just a baby.  He couldn't help me. These centipedes looked like they were bred in a nuclear reactor, a proton pack wouldn't have helped me.

Thankfully for whatever reason they were dead, (being they were found in my scary basement all fingers point to dying of fright) but the centipede from the other day was proof they were some that were still alive, still breeding, and possibly mutants.

Also I had 3 centipede legs stuck to the tip of my ring finger, so there was that.

All of this added up to running out of the basement and cleaning the toilet instead that day.  And the gutters and the gunk.  Also I've been feeding Edgar regularly.   Protein shakes mainly.

Turns out the kids were right.  That basement's a scary place.  I'm sure in the next week or so I'll muster up the courage to go down there and clean things up.  It's been a while since I've played around with my hazmat suit and valium anyway.  It might be fun.

In the meantime, Edgar and I talked it over.  How we can get the centipedes under control until he gets bigger.  This was Edgar's suggestion. 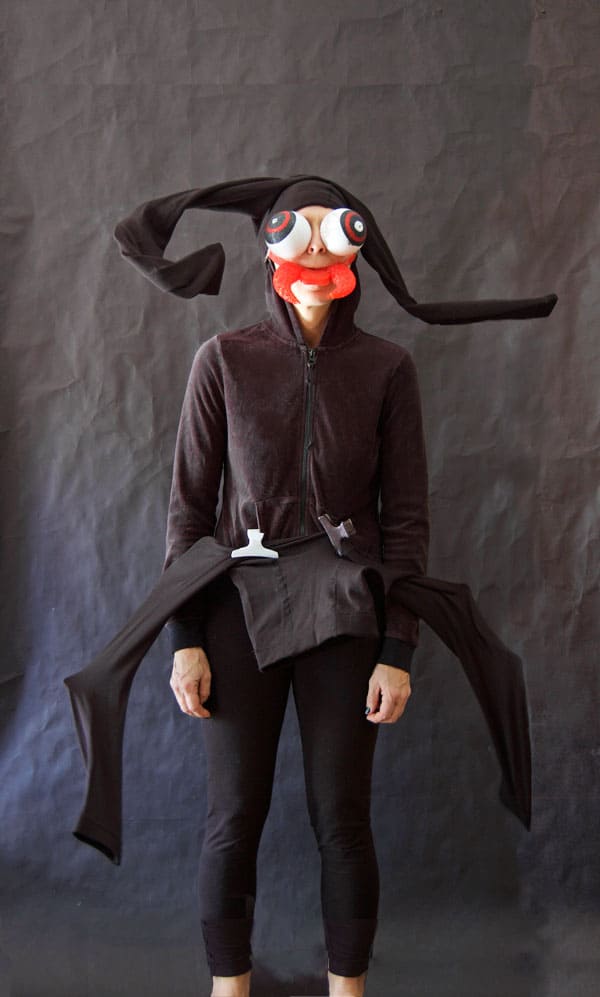 Edgar's got a surprisingly agile sense of humour for a spider. 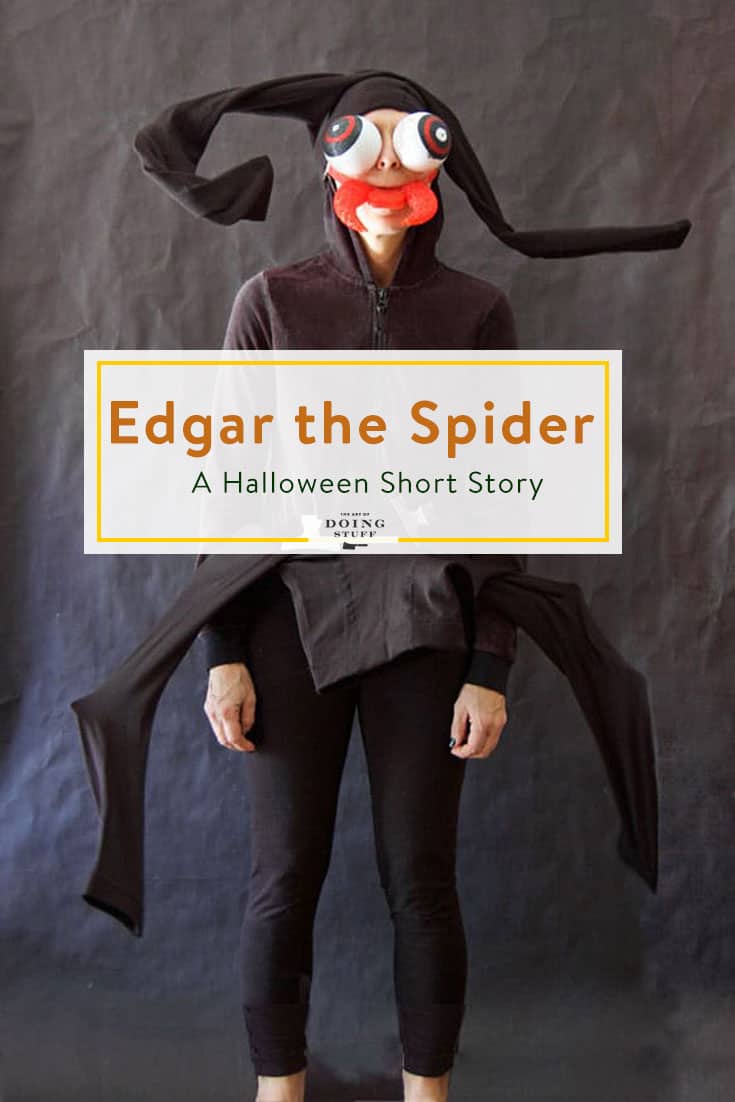