Put DOWN that bag of Miracle Gro potting soil. It's just a wildly priced mix of peat moss and synthetic chemicals.  This year get your hands dirty and make your own earth friendly, nutrient rich potting soil with a few easy to find ingredients. 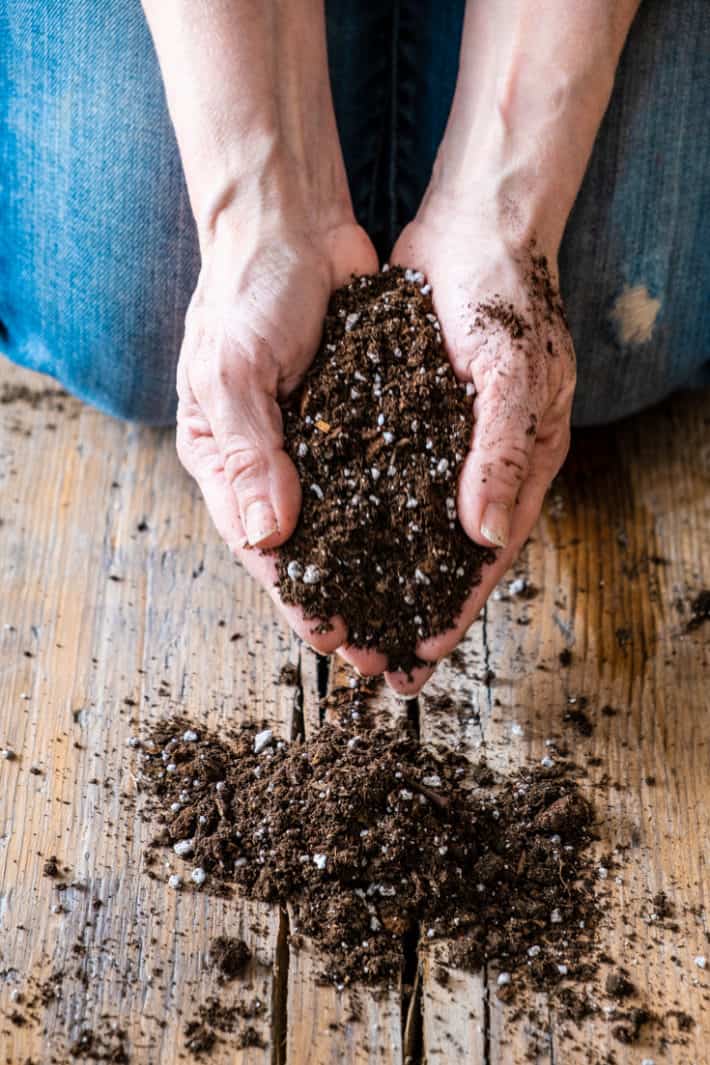 Why make your own potting soil? Because it makes you cool and gives you green thumb credibility over everyone else who doesn't. I mean, that's the main reason. Picture it; there you are talking small talk with your neighbour or cell mate and you casually whip out the whole "Well, I'd better go, I'm just finishing mixing up a new batch of potting soil and I don't want the perlite to dry out".

Perlite doesn't dry out, but that doesn't matter because they didn't hear anything beyond the fact that you are mixing up your own potting soil. Gold star and immediate adoration all around for you.

The second reason to make your own potting soil is it's cheaper and a better product than you can buy in a bag.

And it makes you cool. I mentioned that right?

This gardening season I am upgrading to planting in SOIL BLOCKS. Compressed blocks of soil that eliminate using pots at all. NO pots. Just weirdly firm blocks of earth with plants sprouting out of them.

I'll be talking more about soil blocks next week, but they do require a special type of soil mix to make them out of.  This is that soil. This potting soil recipe can also be used as your regular potting soil for containers, pots and seedlings.

This soil block mix is based on Eliot Coleman's soil block recipe. If you haven't heard of Eliot Coleman, he and his wife are the King and Queen of alternative gardening methods. And by alternative I mean alternative to factory farming. If this is your first introduction to Eliot and you're intrigued, I recommend that you take a look at his first book Four-Season Harvest.  I kind of demand it actually.

FOR SOIL BLOCKS and more. 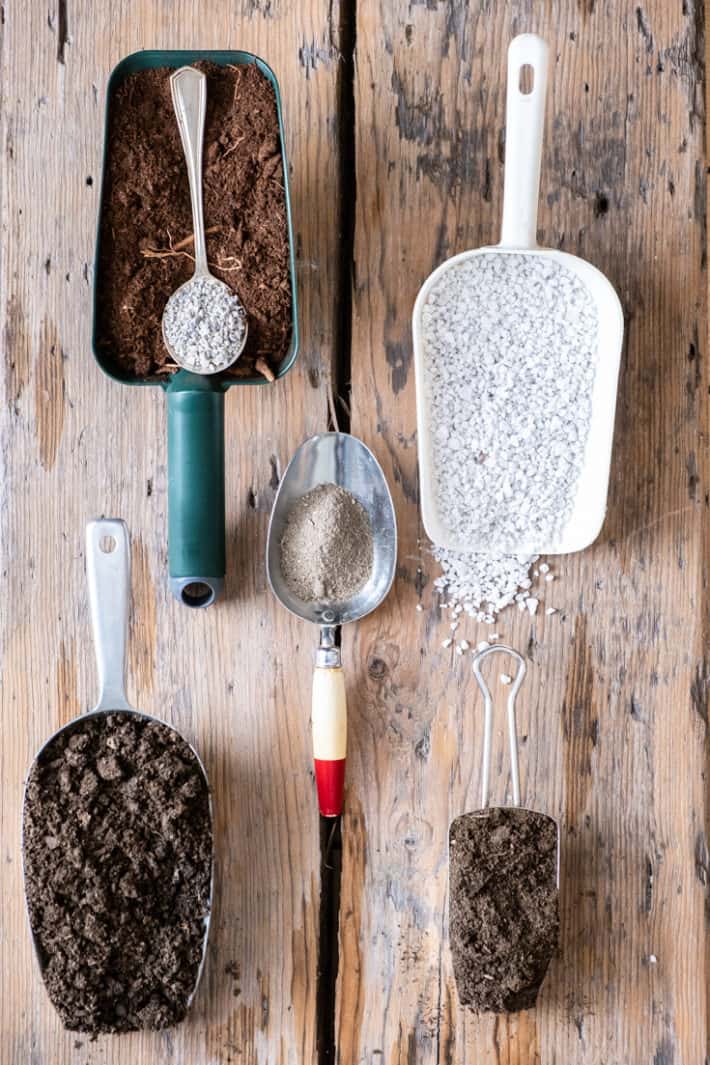 One ingredient into this and we're already in a debate. Peat Moss. A farmed, organic material that holds moisture and makes up 80% of most store bought potting mixes is from Canadian bogs  and is being over farmed and distributed. Peat Moss takes THOUSANDS of years to form. Therefore even though technically it is a renewable resource, our demand for it has far exceeded the rate at which it forms.

Although I personally feel it is superior to Coco Coir (which dries out more quickly) people are now encouraged to switch from Peat to Coco because fo the environmental impact of over harvesting peat to the point of near depletion.

Coco Coir on the other hand, is inexpensive to produce, is truly renewable and works very well.  BUT environmentally, it has to travel from it's #1 producing country - Sri Lanka. That's a lot of jet fuel if you're in North America.

I'll leave the choice up to you.  I use both coco coir and peat moss. For potting soil like this I still use peat moss.  For bulb storage, root vegetable storage and any other instances that I used to use peat moss I now use coco coir.

If you're using peat moss (which has an acidic pH) you'll need to add a bit of lime to it to offset the acidity.  You do not have to add lime to coco coir which has a balanced pH.

Perlite is puffed up volcanic rock.  It's heated until it burst into a styrofoam like ball, like popcorn!

Native garden soil is just what it sounds like. Garden soil native to where you'll be growing. As in a bucket of dirt from your garden.

This is a less common ingredient in potting mixes, but adding it to your potting soil blend  makes a lot of sense to me. I have ZERO idea if plants have any sense of familiarity but to me it seems like a good idea to get your seedlings used to the surroundings they will have once you plant them out in your garden. Plus your native soil has all kinds of beneficials in it like nutrients, microorganisms, bacteria and other small critters.

If you don't compost yourself, although it's easy here's how, you can buy bagged compost. 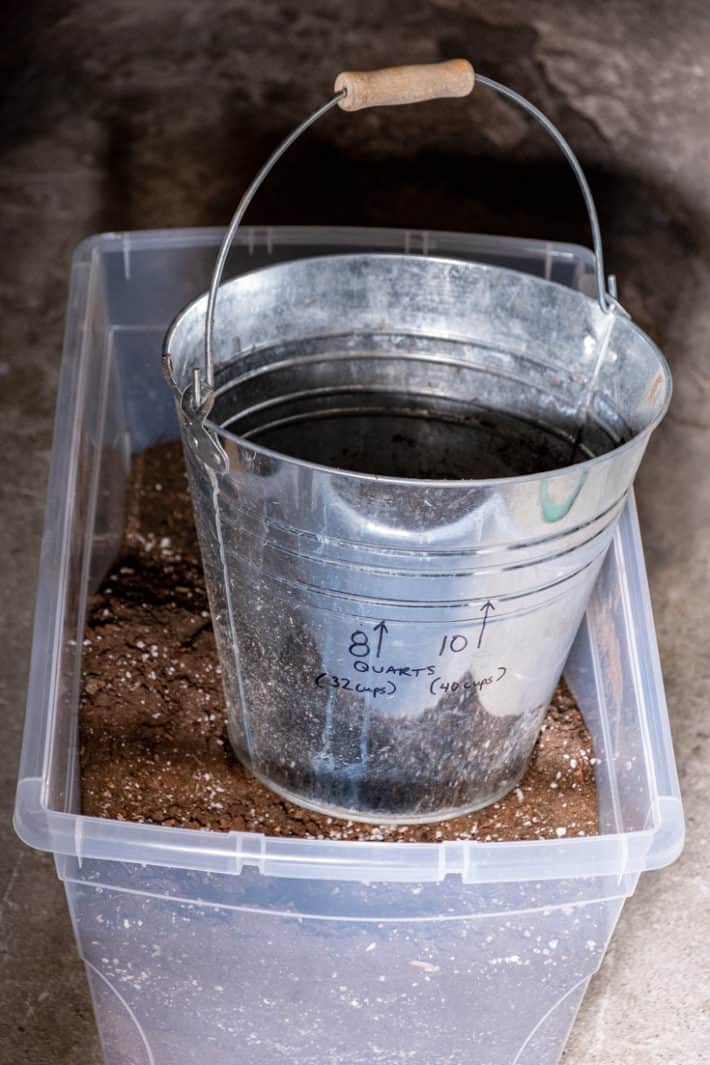 To make your life easier use a basic metal bucket and measure 40 cups of water into it. MARK THE BUCKET WITH A LINE on the inside and the outside.

This is your 10 quart mark.

When the recipe calls for a bucket of something, fill it to the line and you'll always have the right measurement. 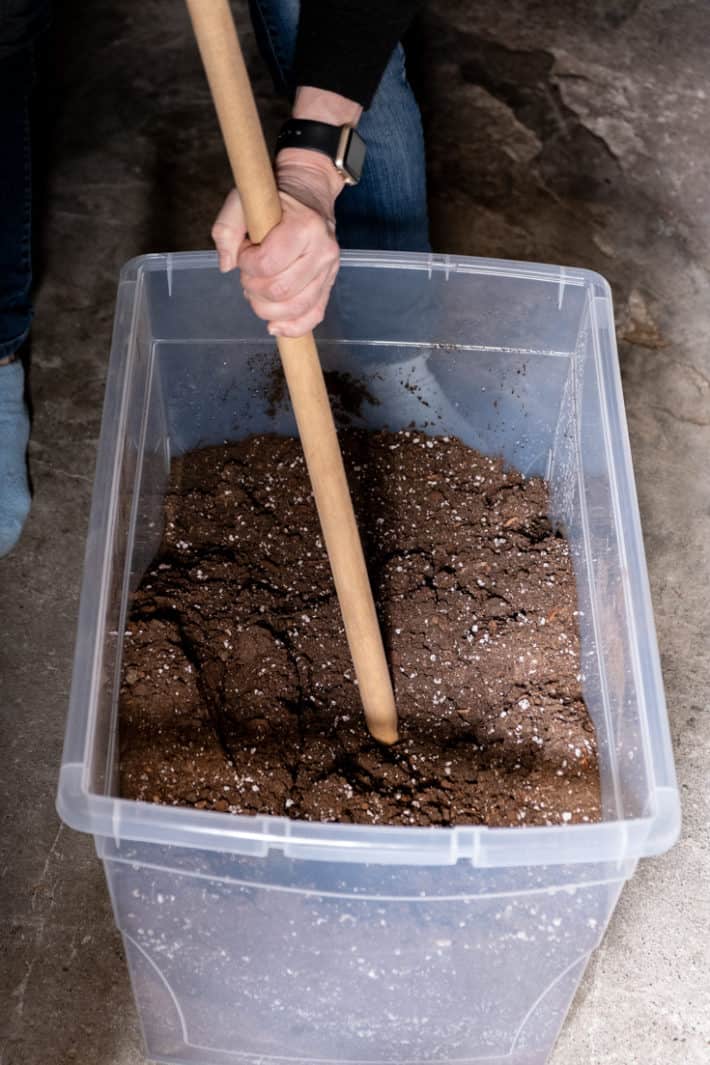 You now have a nutrient rich potting mix for seedlings, potting and plants. Because YOU are cool. I mean, if you're making your own potting soil you surely have a handle on all manner of things in your life. You're never late, your finances are in order, you are probably that one person who actually DOES have more than 24 hours in your day. 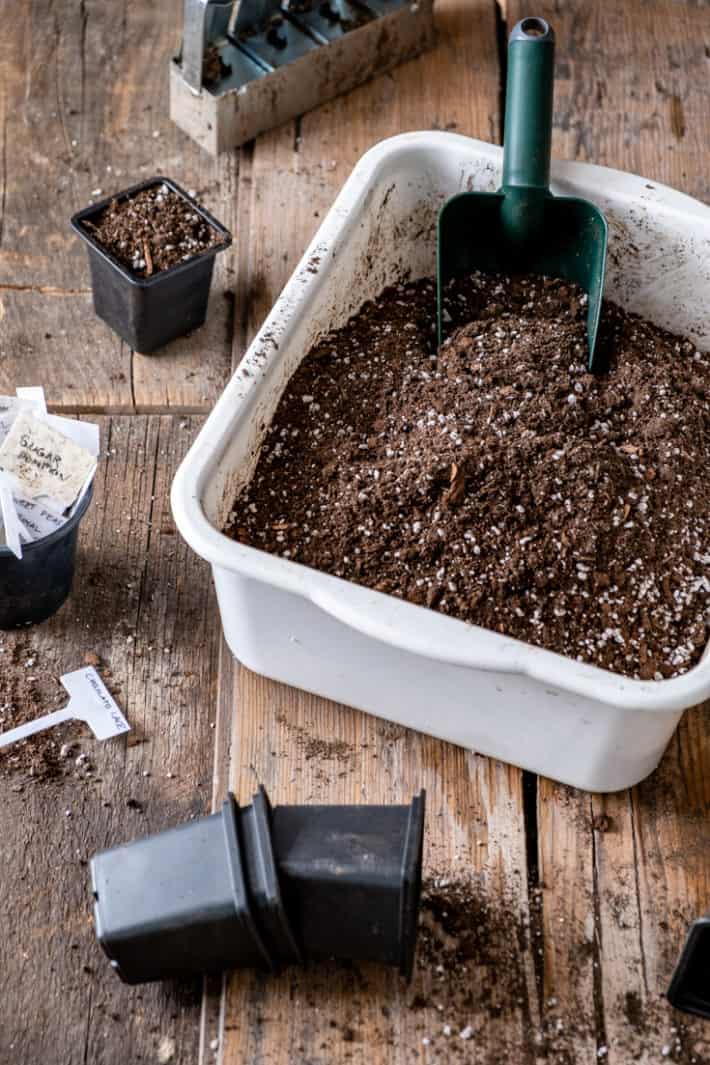 So why shouldn't you use Miracle Gro products like their potting soil? Well, here's the thing about Miracle Gro; as a fertilizer it isn't bad, but as an environmental choice it's iffy. For one thing there's damage from under-utilized chemicals remaining in the soil and becoming runoff into streams and oceans.

And Monsanto - unlike you - was decidedly not cool. 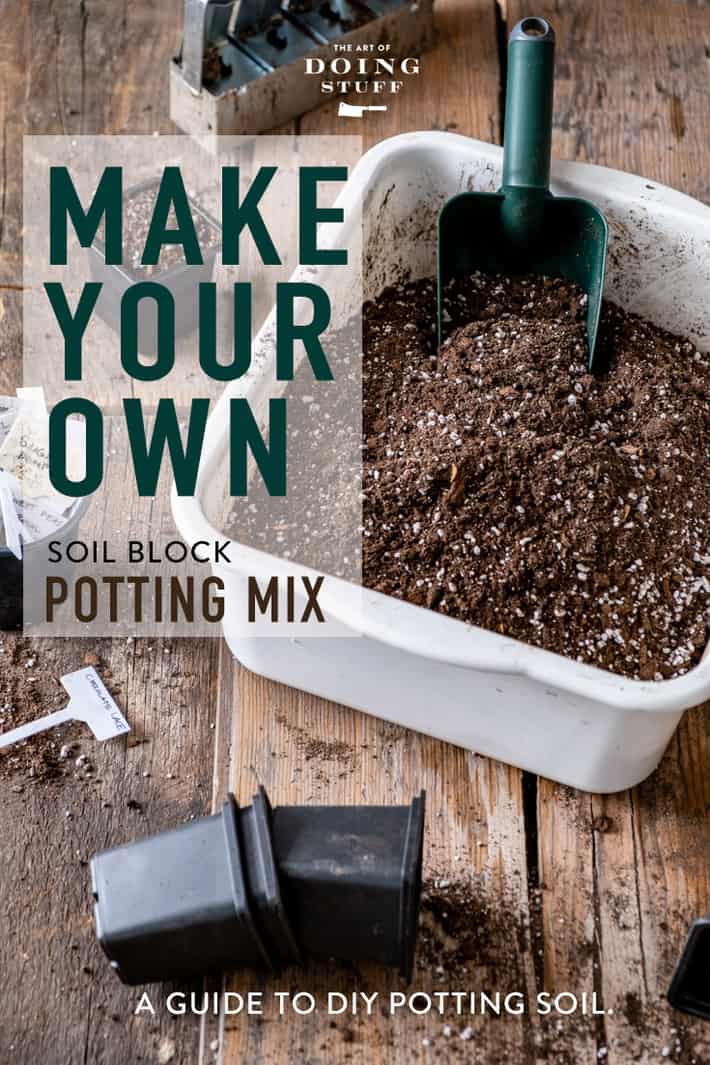