Build a Restoration Hardware sofa like mine! Here's how the wholeeeee thing is constructed. 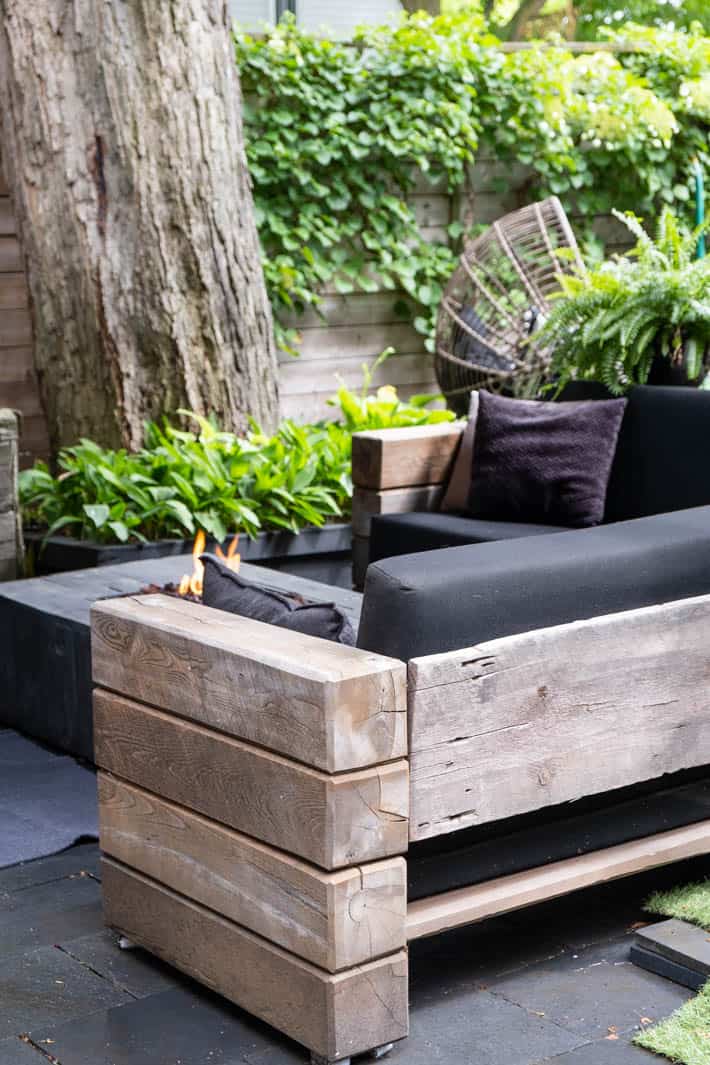 I think I've mentioned before that I don't use plans when I build something. I just start nailing, cutting and cursing.   Partly because I don't really know how to read plans and partly because I'm usually making something for a very specific space so I want it to be the size that I want; not what some plans want.

Which is exactly how I ended up building my outdoor "Restoration Hardware" furniture.  I bought some wood, I started cutting and let Snarklefart and Habbityass dance off my tongue.  What I ended up with was some backyard furniture that turned out way better than I thought it would and a succession of never-ending emails over the next 2 years about how it was all put together.

As I built the sectional and chair I put up posts about how I aged it with a home made vinegar and steel wool stain, how I constructed the arms and how I hacked up the wood to give it some character and chamfered the edges. What I didn't show you was exactly how I put it all together. 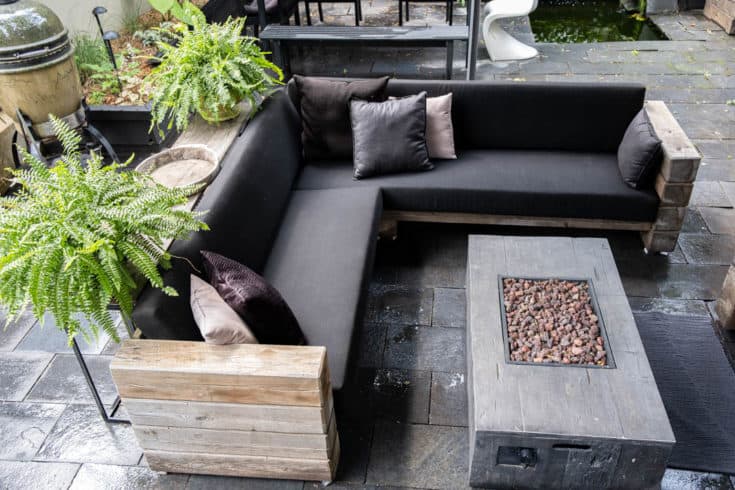 What seemed to cause the most confusion (for myself and you) was how I created the corner of the sectional. If the sectional weren't tilted back on a bit of an angle (to make it more comfortable), doing the corner would have been easy and pretty straight forward.

Instead it was a nightmare.  The thought bubble over my head while trying to figure this out would have just been a bunch of squiggles and the letters K, C, F and U.  Not necessarily in that order.

After a couple of days  I finally came up with a solution.  It wasn't a terribly elegant solution but it works. 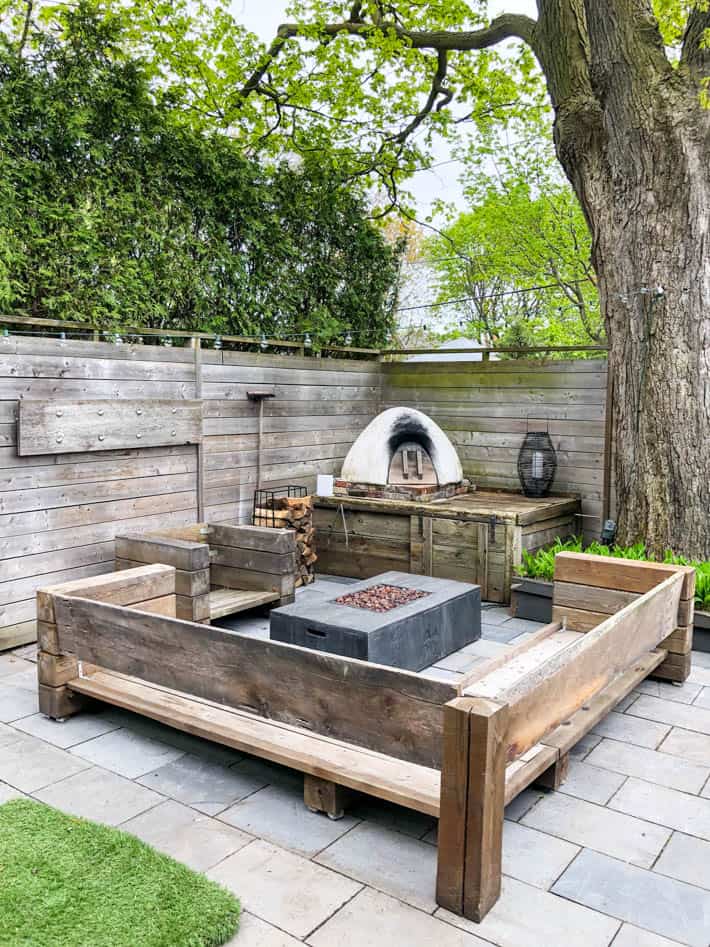 In the spring when I was cleaning up my backyard I took the opportunity to take photos of the sectional while it was naked and with nothing hiding the view.

Behold my naked backyard and sectional. The next series of photos will show you exactly how it's put together. 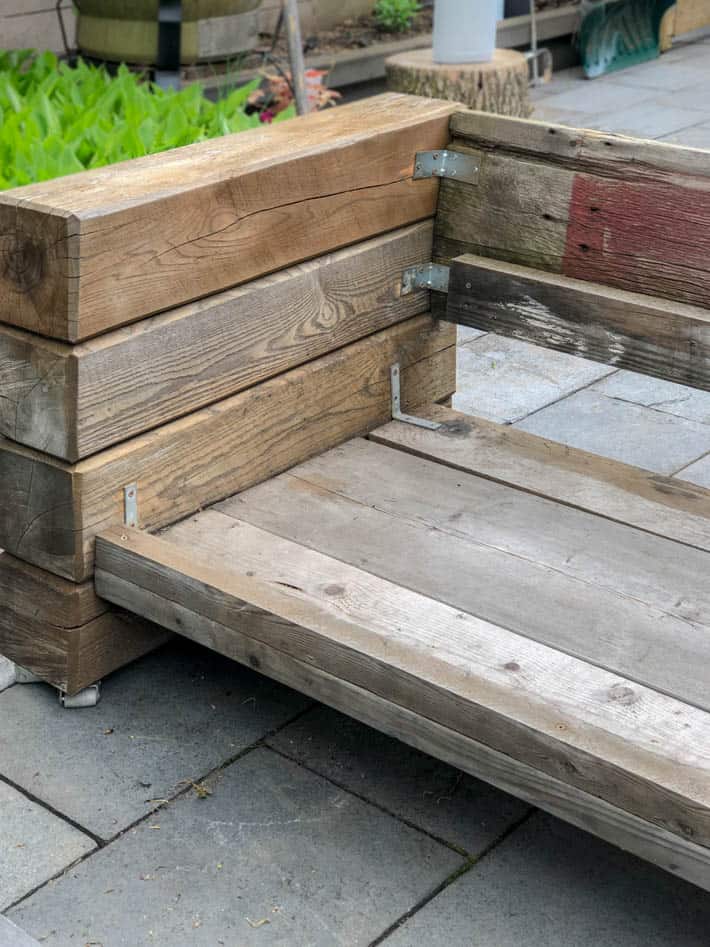 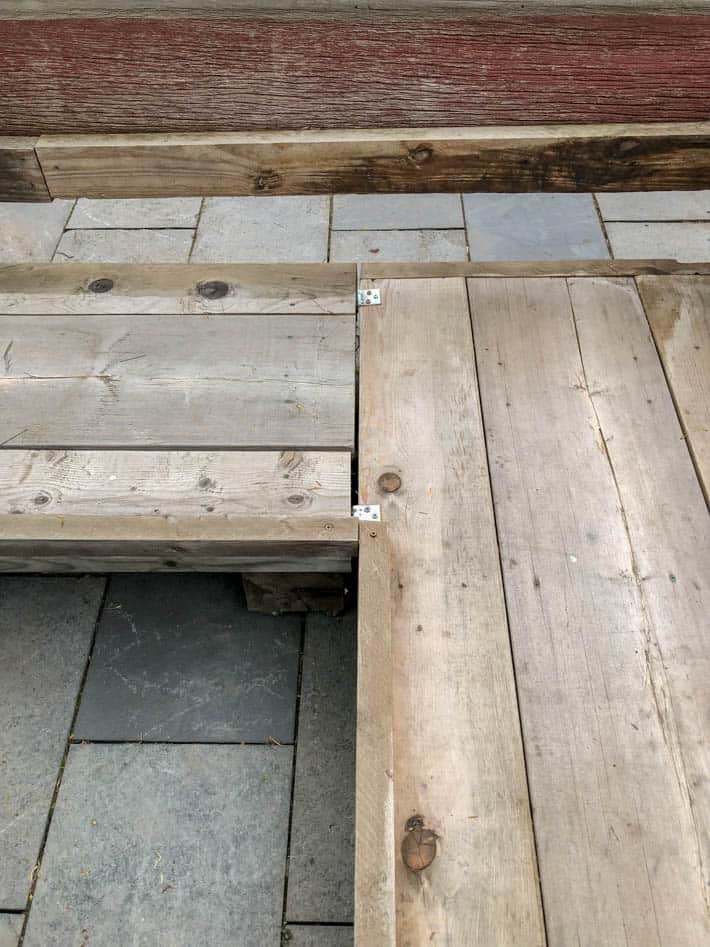 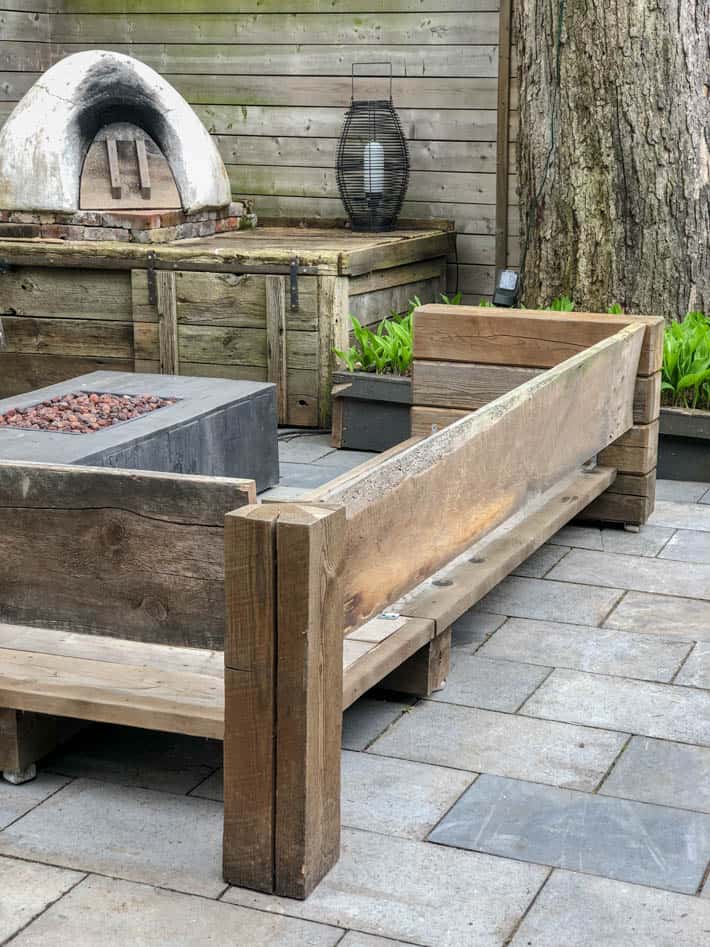 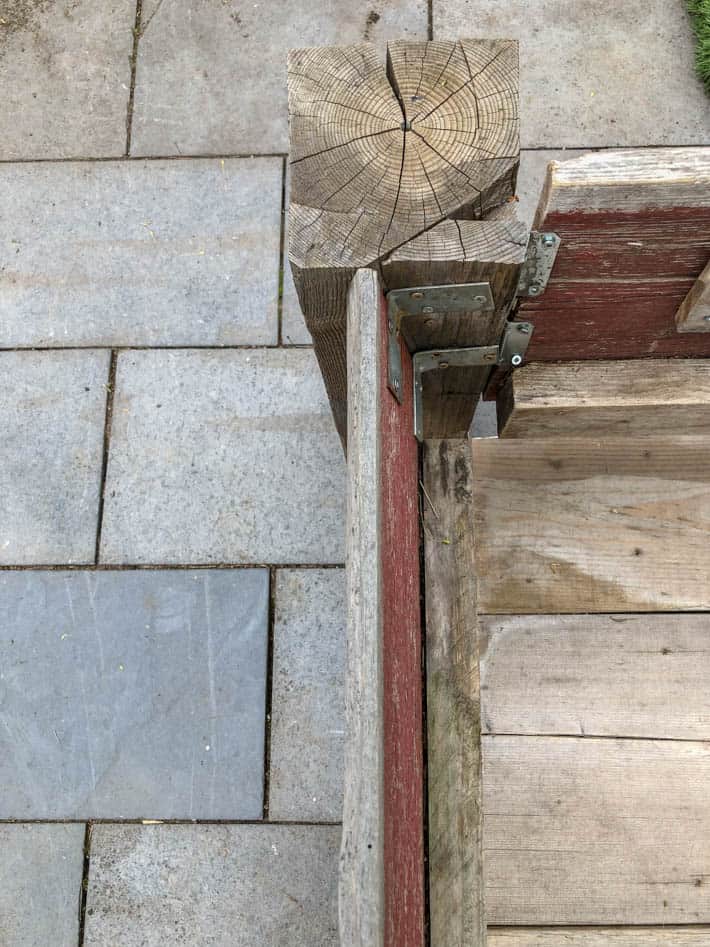 Just ignore the little triangular notch in the top of the corner - it just split and a piece of wood fell out. It has nothing to do with the building of the corner.

Had I been thinking in advance, or had plans, or had one rice grain of sanity left in me after the construction of this thing, I would have notched out the corner so it ran even with the backs of the sofa.  But I had none of those things. 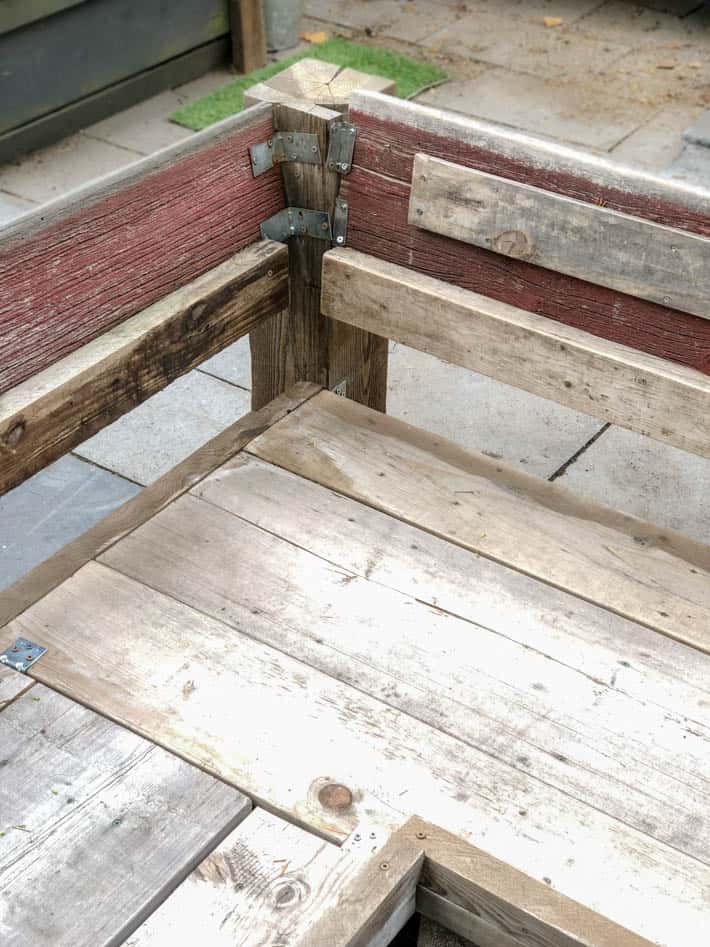 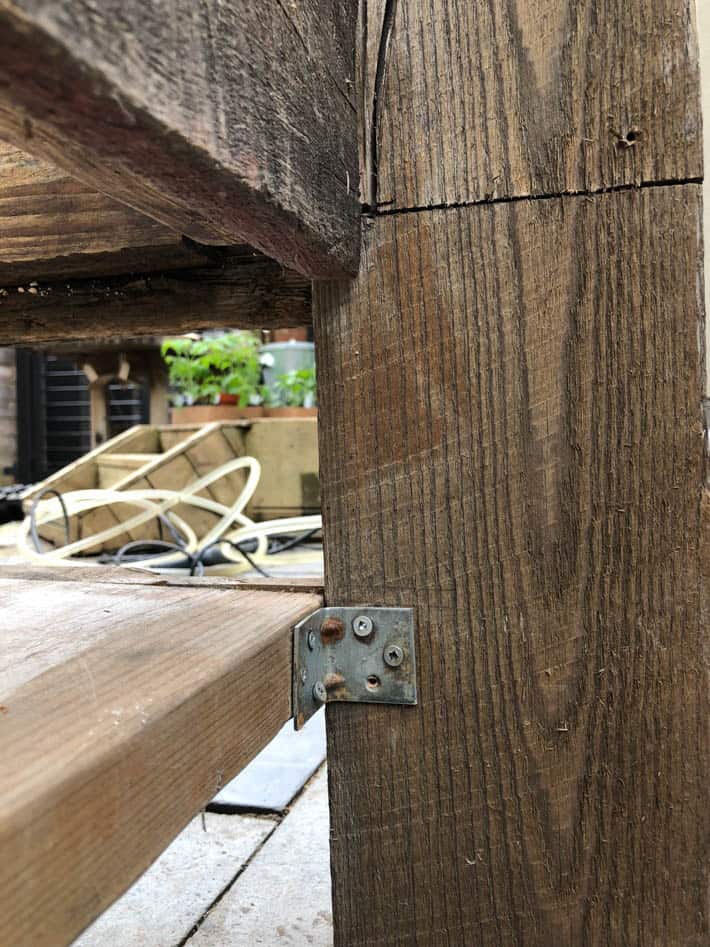 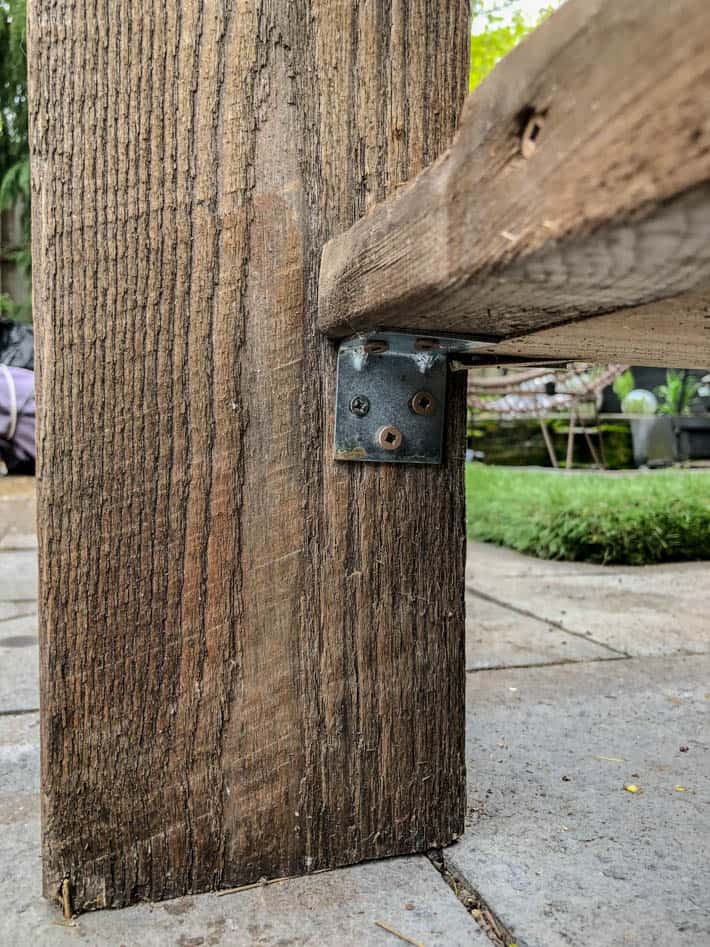 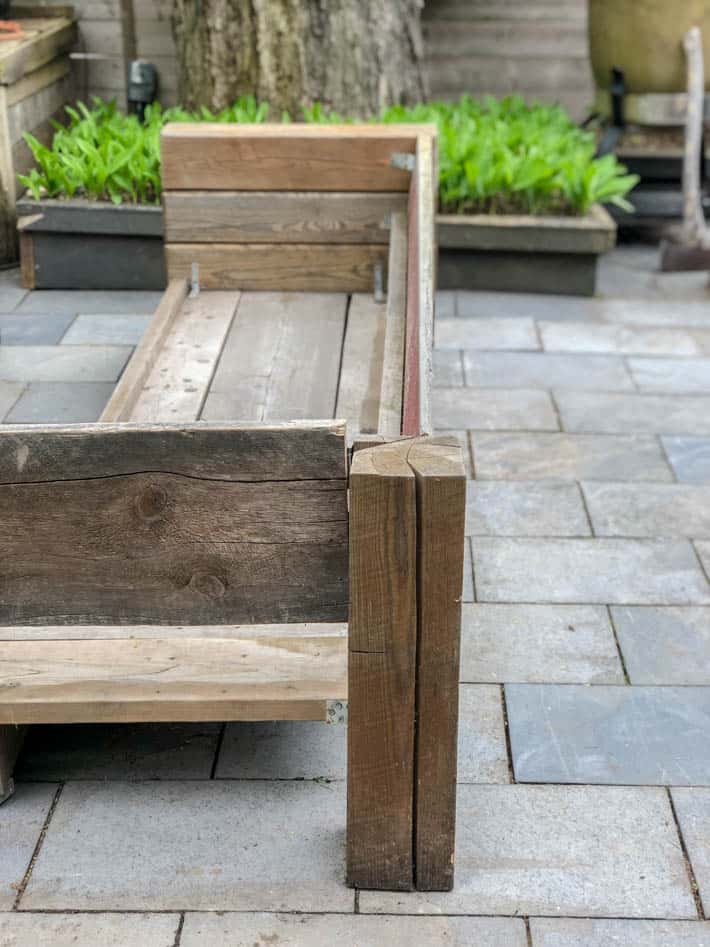 Other than the arms, which are made of 6x6 ash that I got from a private sawmill, the rest of the wood used to make the sectional is scrounged;  old pieces of barn board and lumber I already had.

The cushions I had custom made and they're what cost a lot. Around $1000 if I remember correctly. I might not be remembering correctly because mostly when things cost a lot more than I want to pay I just throw that number of out of my brain for good.

Of course the sectional can be made to any length you want. I built it to fit  my space. 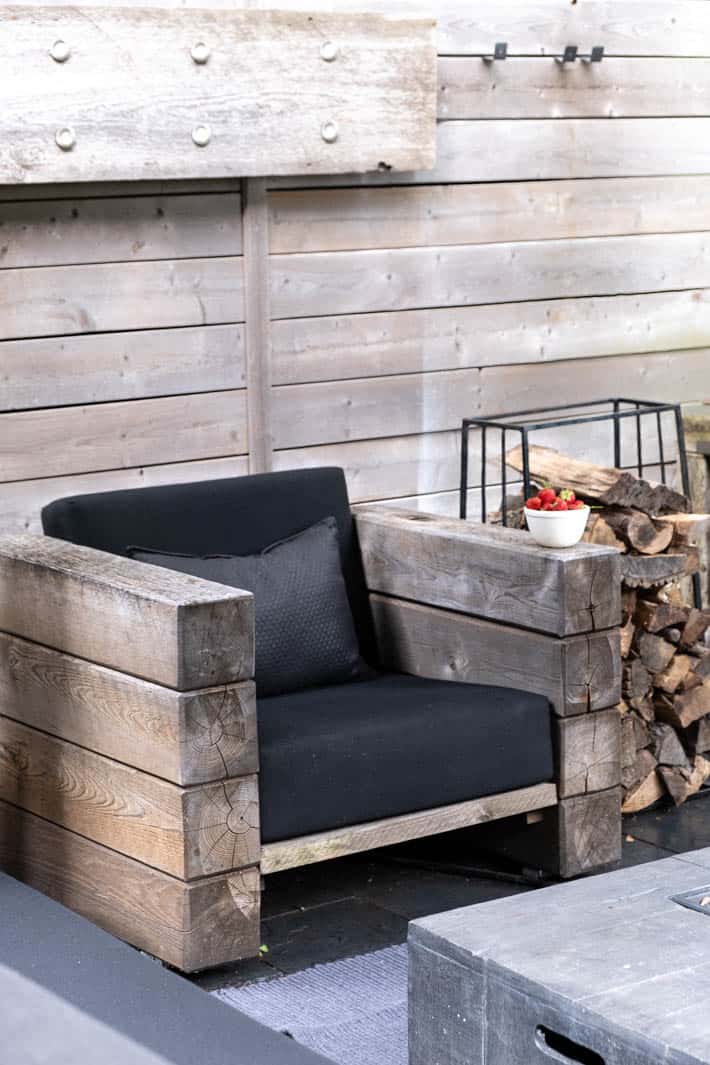 I also built it to fit me. So the chairs aren't as deep as the Restoration Hardware ones.

If you're still a bit unsure of it all, here's a video walking you around the entire sectional from front to back (without the cushions on it) 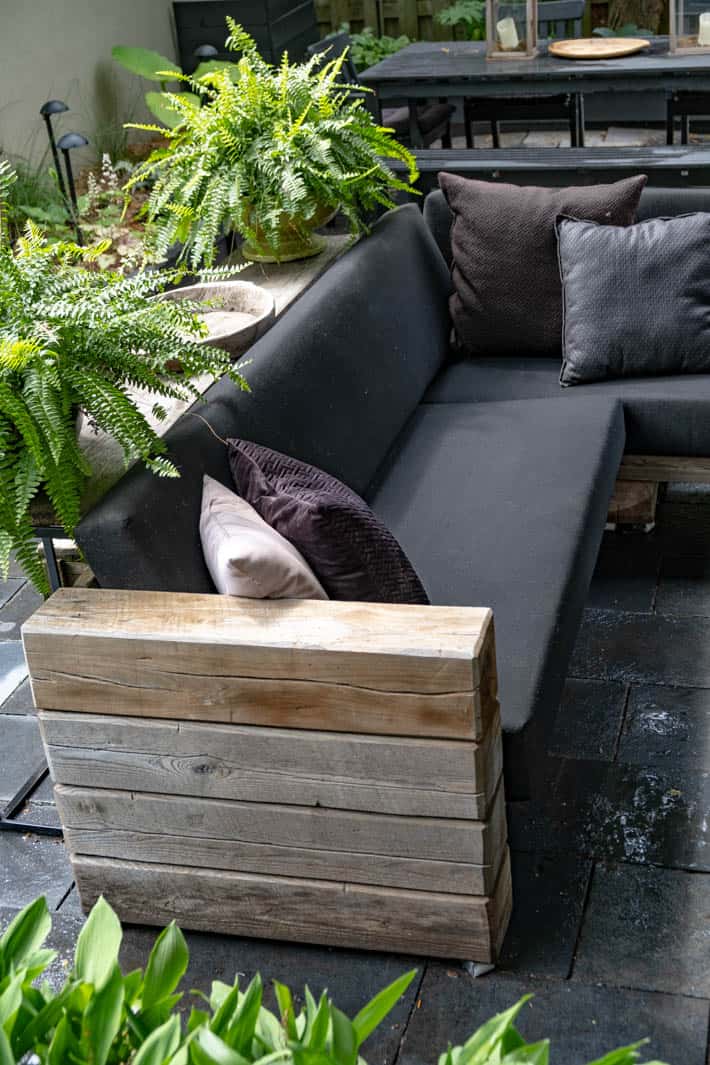 I hope that answers all of the questions you've had about the construction of the Restoration Hardware outdoor sectional.

If not - at this very moment I'm in the middle of collaborating with someone to have plans for this furniture made so you can actually buy them.

You know - if you're the kind of person who uses plans.  So a smart person!  Yes. You are a smart person.  Just not as smart as someone who makes so much money they can drop $20,000 on the original Restoration Hardware set. 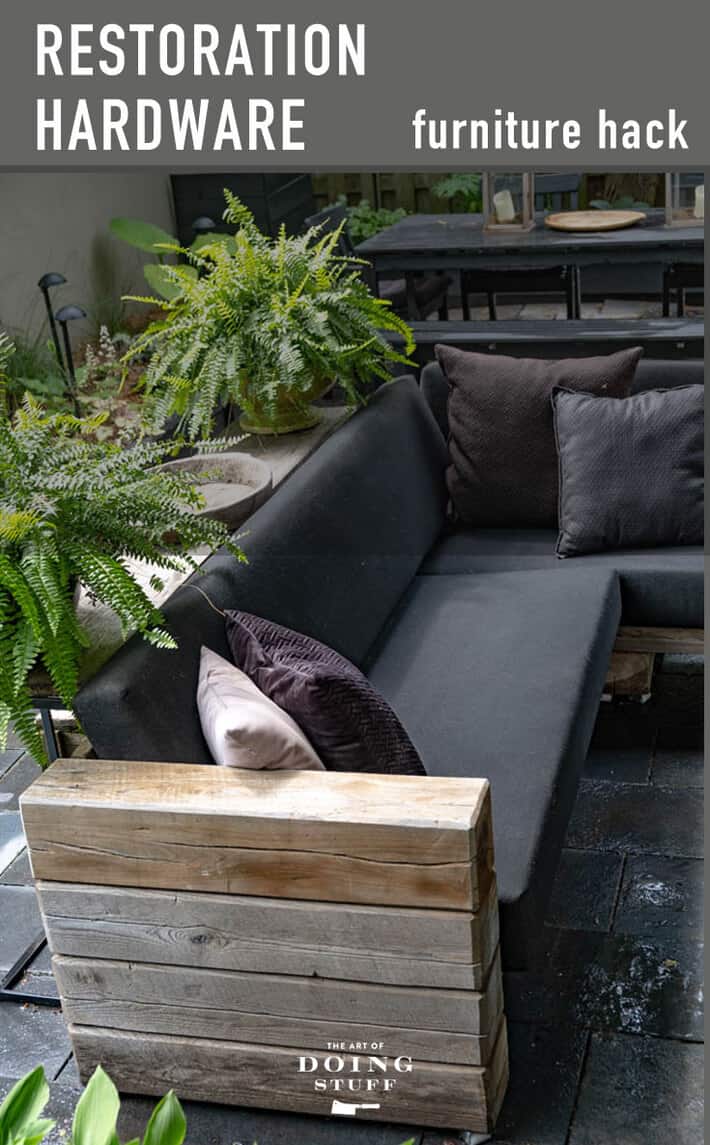