Home » Everything Else » My Halloween Pumpkins Part II

Every year around this time I start convincing myself I’m not going to carve a stupid elaborate, time consuming pumpkin.  This facade usually lasts until around 3 hours before trick or treaters arrive, at which point I swear a few times, grab my pumpkin carving tools and pull an Edward Scissorhands.

But this year … it’s true.  I’m NOT going to carve an elaborate pumpkin.  I may even go with something as simple as the traditional triangle eyes and wide grin.  I have a lot of things going on this coming weekend, and I just don’t think carving a pumpkin for 3 hours is gonna be possible.

At the same time, I, being as ego driven as the next pumpkin carver, want to hear at least a little oooing and awwwwing from the front porch.

So, as much as I’d like to think I won’t do anything more than a typical Jack-o-Lantern … I’ll probably end up doing something like this. 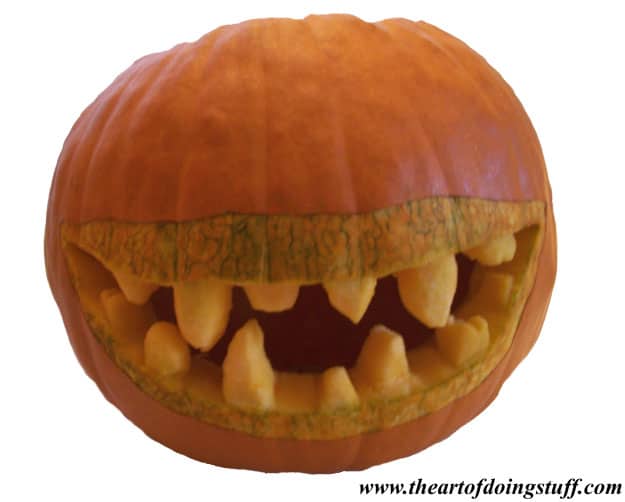 There’s a little bit of sculpting with these pumpkins, but not so much that the thought of doing it makes me angry.  It’s the stupidest thing really, because I love to carve pumpkins.

The issue is that pumpkins are like my hair.  I never know how it’s going to turn out, so until everything’s done and perfect there’s a lot of anxiety.  And head sweat. 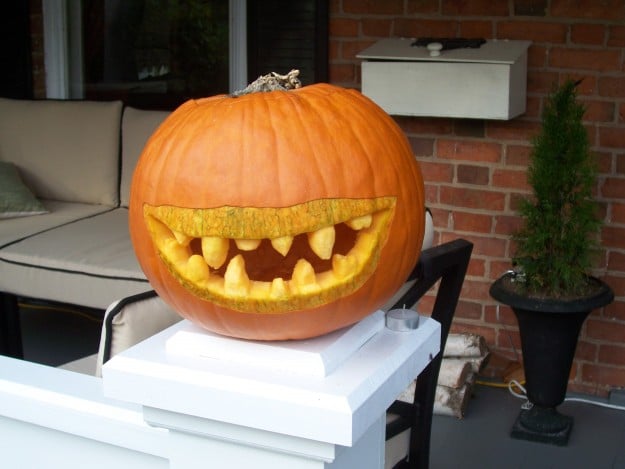 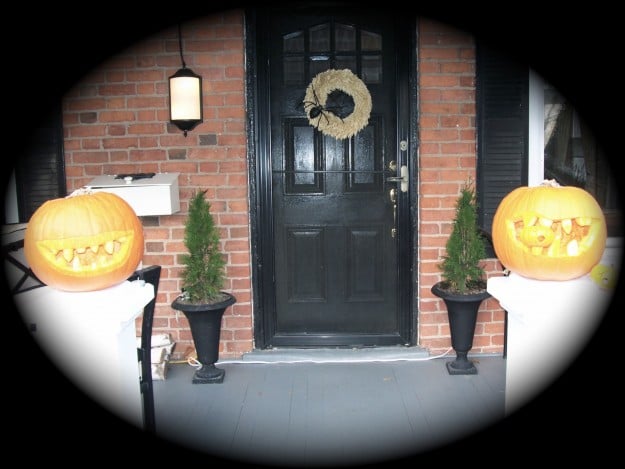 I adapted these pumpkins from a design I saw on the Internet. Years ago. On some site. Don’t ask me which one. If they’re your pumpkins lemme know and I’ll be sure to credit you.

Just so long as you come over and do my pumpkins for me this year. Or make my step-son’s mummy costume.   Or rake the neighbourhood leaves that only year after year fall ONLY on my lawn. OH OH OH!!!  Or hand out the CANDY!

I’d rather eat a bowl of scabs than hand out Halloween candy.   Come to think of it, if I handed out the bowl of scabs, I might kill 2 birds with one stone.  Get rid of the bowl of scabs, plus cut down on the number of kids who come  trick or treating at the house.   O.K. that’s a slight exaggeration but I really don’t like handing out candy very much.

So, to the person who’s pumpkin design I pilfered,  there you have it … your choice.

For more pumpkins see “My Halloween Pumpkins Part I”