Update:  It’s been YEARS now since I got these, my original chicks.  And I’ve added several new ones to the flock including some Marans, an Ameraucana and some F2 Olive Eggers!

4 months ago my boyfriend presented me with a cardboard box full of  baby chicks.

3 months ago I started to build a chicken coop for them.  2 weeks ago, I finished it.

I normally do a lot of talking and funny story telling at this point in my posts, but not today.  Today, I’m just going straight to the pictures.

It’s just that I have the feeling you’re gonna skip past all of the writing and go straight to the pictures anyway.  So why waste the funny?   Funny is a horrible thing to waste.

It is my honour to introduce you to … 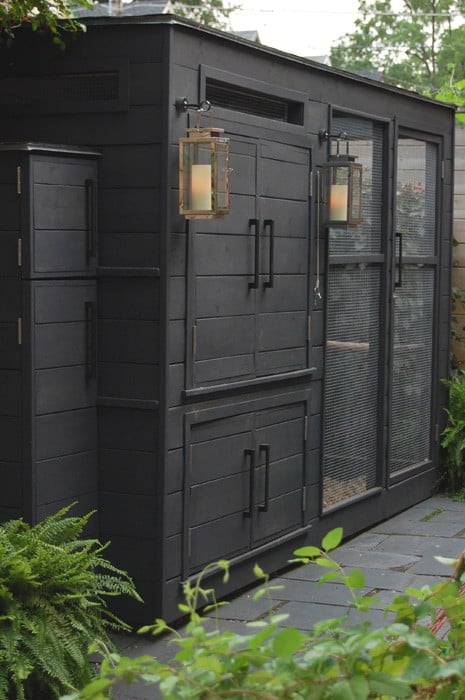 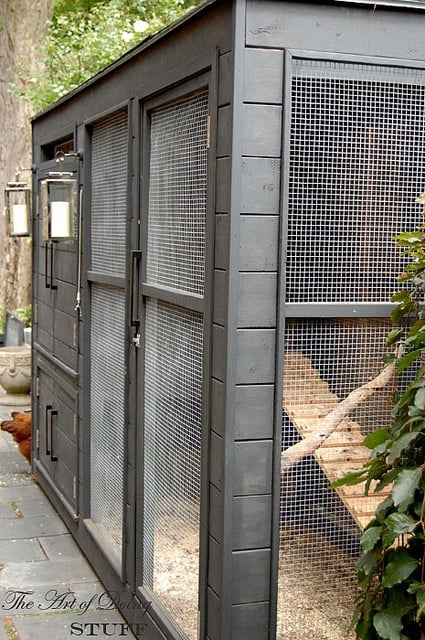 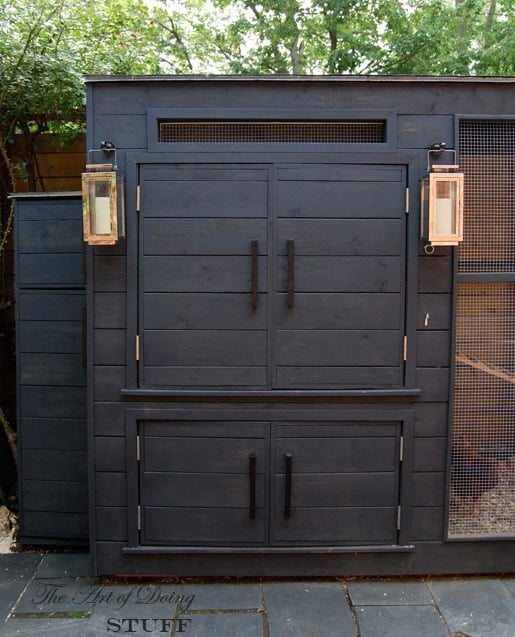 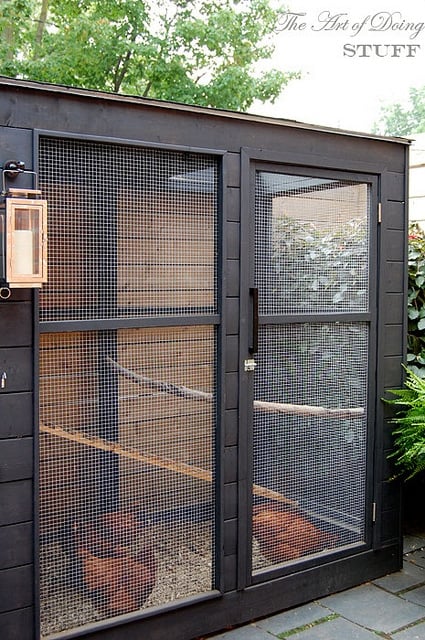 The box attached to the left side of the coop houses the exterior nesting box on top (which the chickens have access to from inside the coop) as well as storage in the larger door below. 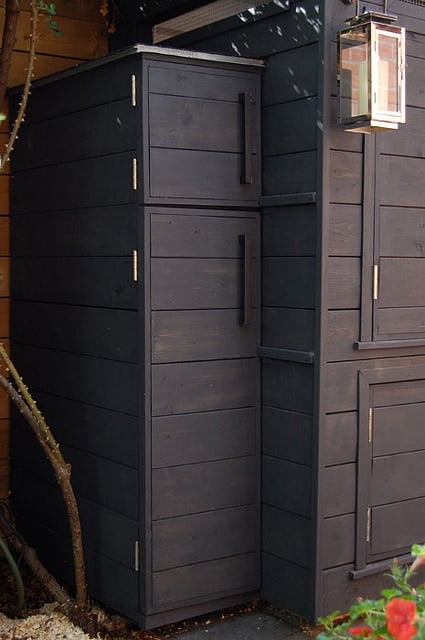 Both of the doors have double security features.  You can’t be too cautious with a neighbourhood full of cats, hawks, raccoons, skunks, neighbours and other egg loving monsters.  Each door has a series of small Rare Earth Magnets, PLUS  strips of wood that pivot and lock the door in place.  That was the fella’s idea.  It’s completely functional and brilliant.

The nesting box holds … well … eggs eventually.  I hope.  Oh my God, what if they never lay an egg? 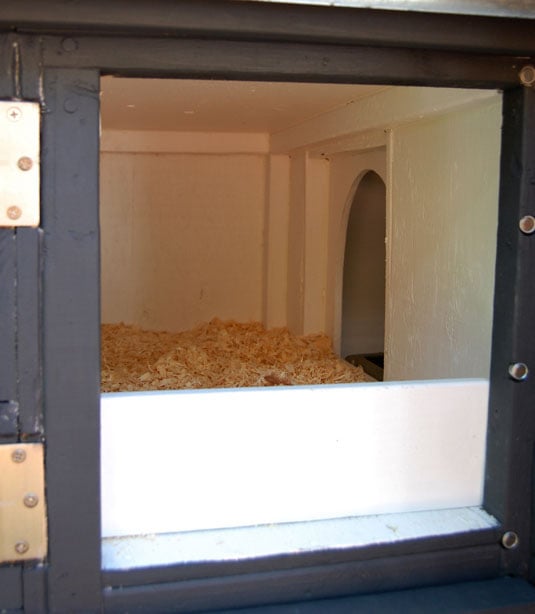 I built a sliding piece of wood into the nesting box to make sure no eggs accidentally roll out.  Plus I can slide it up for easy cleaning of the box. 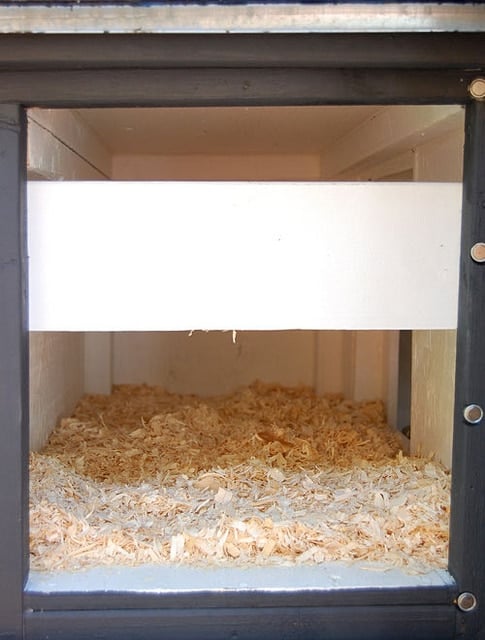 I know what you’re going to be  thinking when you see this next picture.  You’re gonna be  thinking …  there’s EGGS!  No.  There are no eggs.  Those are fake eggs which we put in the nesting box to encourage the chickens to lay their eggs in there, as opposed to some random spot in the coop or run. 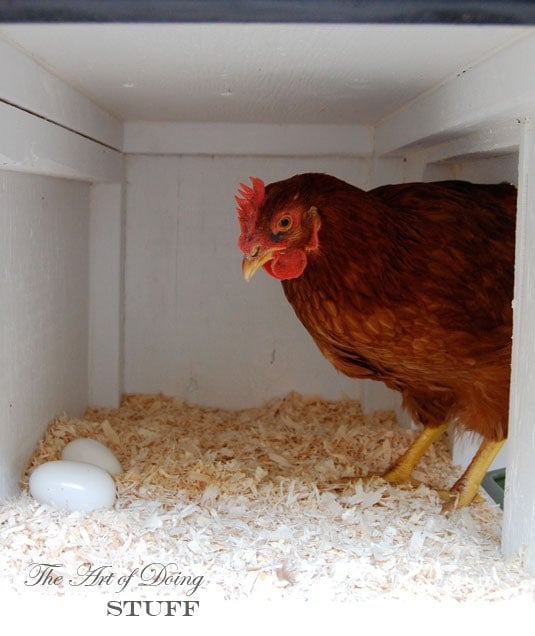 This is the door going into the nesting box as seen from inside the coop. 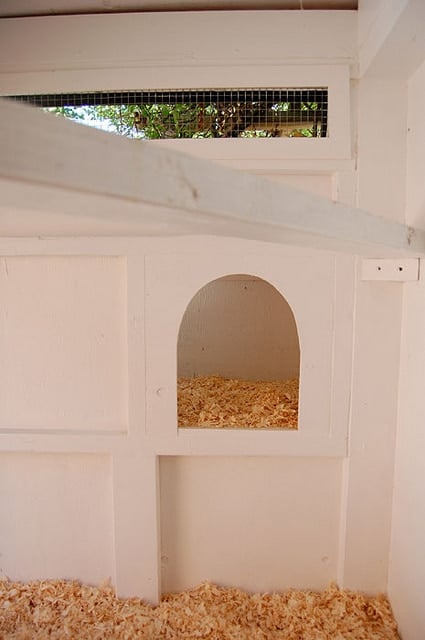 Like my gates, all the coop doors close with Rare Earth Magnets.   Definitely predator proof. 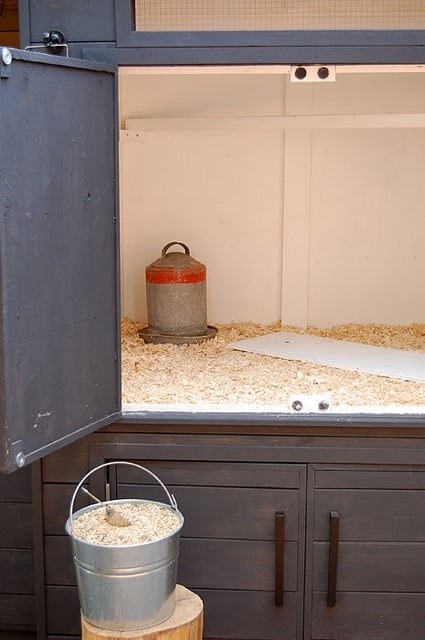 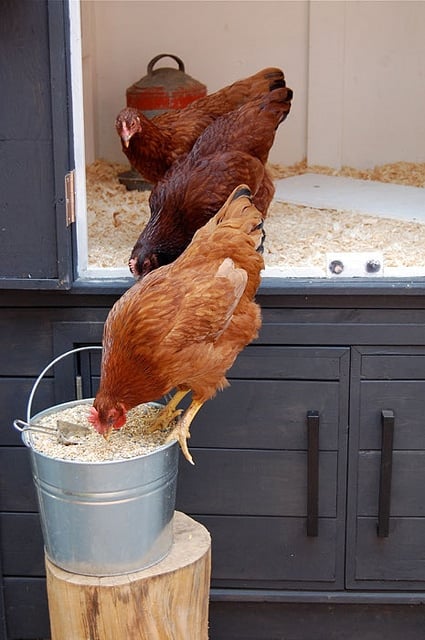 To help the coop air out and to give us a better view of all the girls during the day I made pull out screens for both the upper and lower doors.  The coop is directly across from my dining room window, so when we’re sitting down to dinner we can watch the girls  put themselves to bed at 7:30 every night.  I love the screens.  They’re one of those things I didn’t intend to make, but ended up whipping up right at the end of the project. 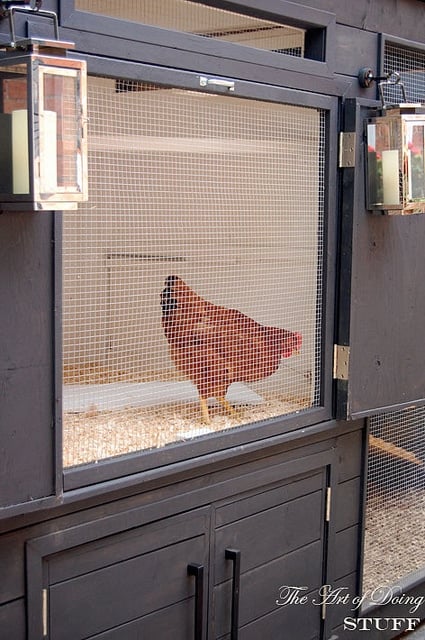 I cannot tell you what the coop cost to build, because I have no idea.  Like so many other coop builders before us, we stopped counting when it got scary.  Of course,  I saved when I could. 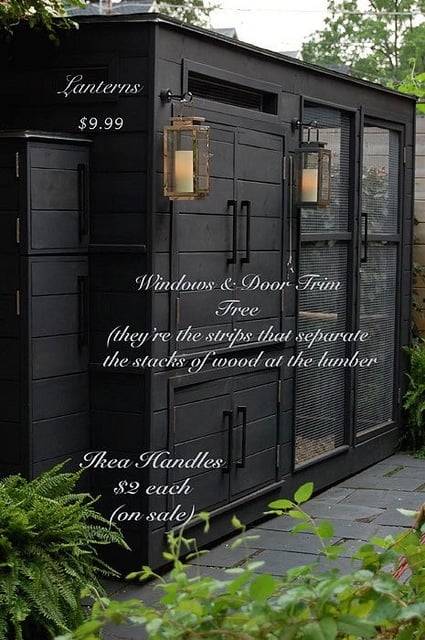 Guess you’re  curious about the ring.  It’s my pride and joy. 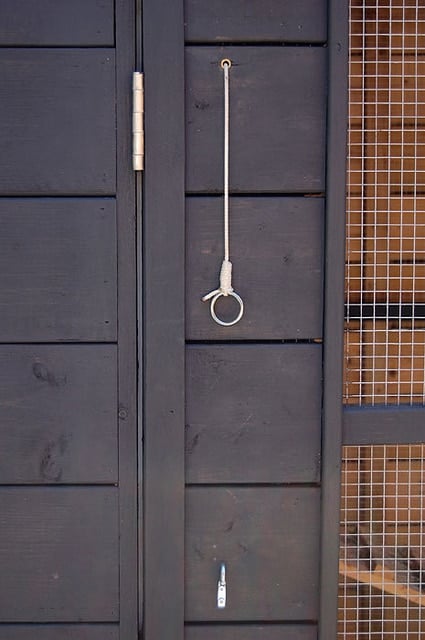 It leads to a little door inside the coop. 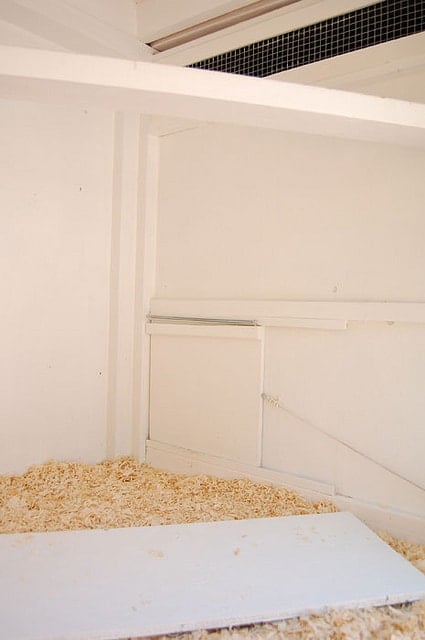 The rope runs through a configuration of pulleys and eye hooks. 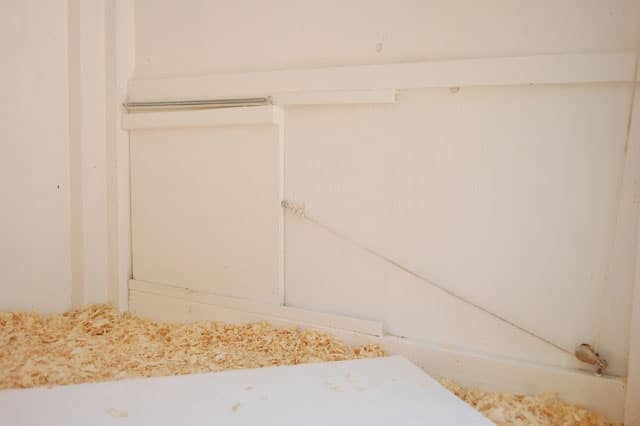 So to open up the door to the run all we have to do is pull the ring and the door slides open effortlessly.  The ring then slides onto the hook below to keep it open.  To close it we just remove the ring from the hook and the screen door spring at the top of the door, pulls the door shut automatically. Thanks to Heather Bullard and her coop for inspiring this particular aspect of my henhouse. 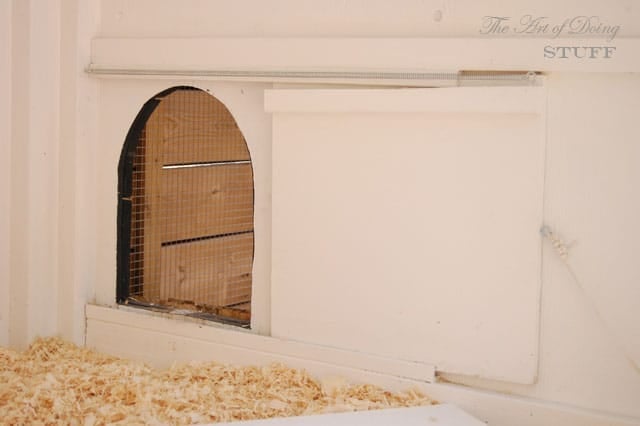 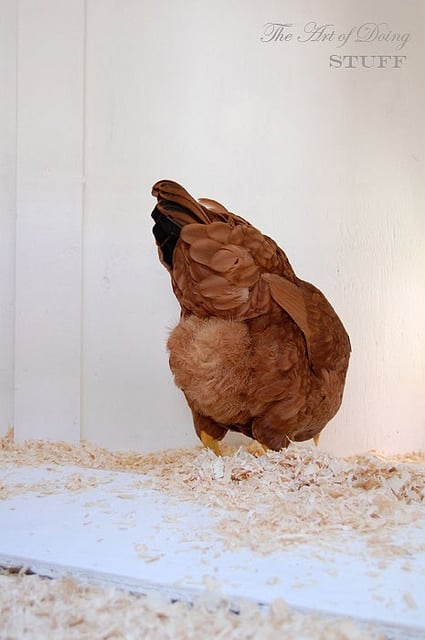 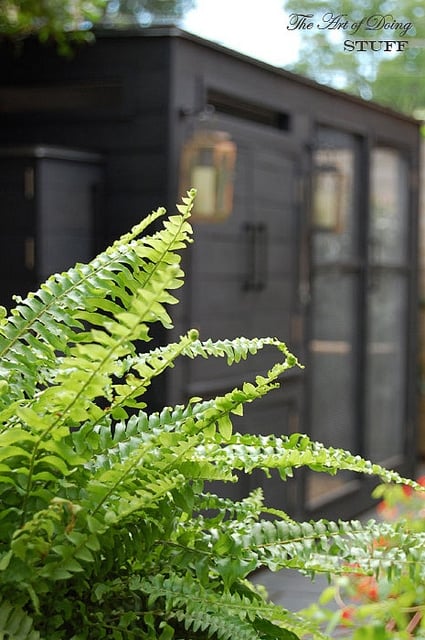 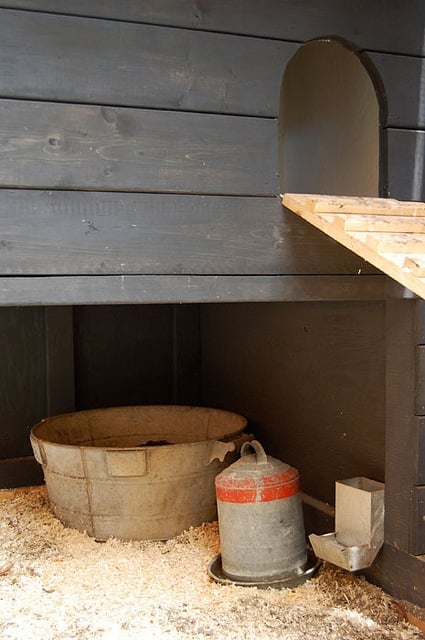 The galvanized tub is filled with dirt.  The hens LOVE to jump in it and give themselves dust baths.   The tub is from my mother’s house.  When I was teeny tiny she used to use it as a pool for me. 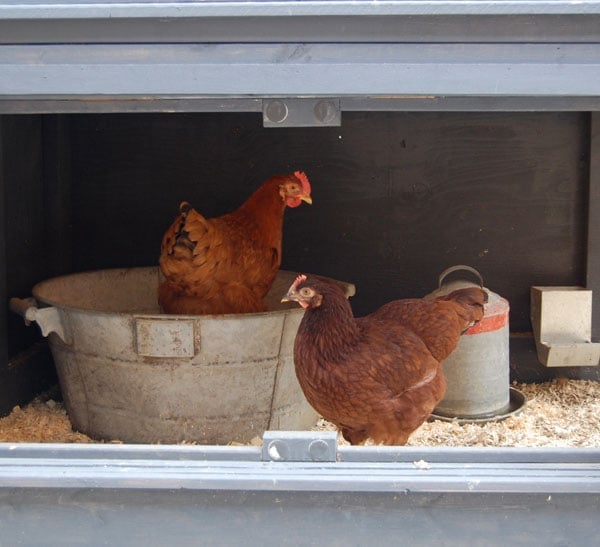 In honour of little Lucky who died early on.  Thanks to LeeAnne Bloye who kindly made the little gravemarker and sent it to me. 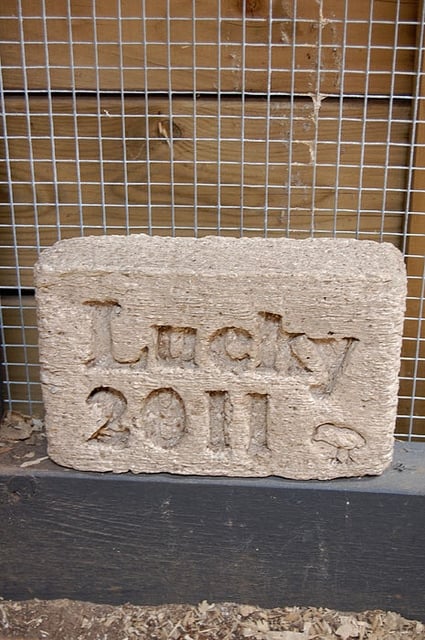 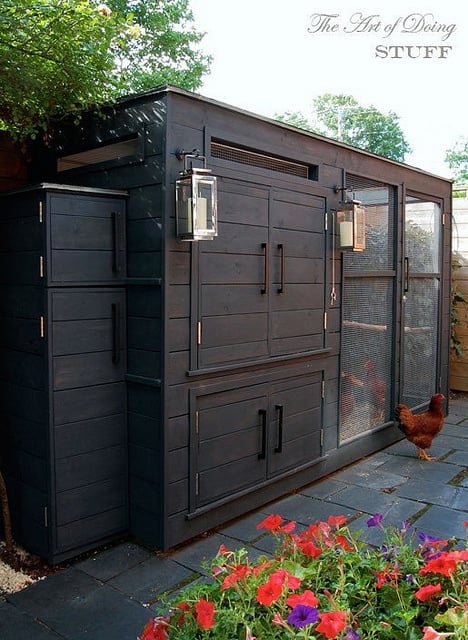 Looking down into the run from the door inside the coop. 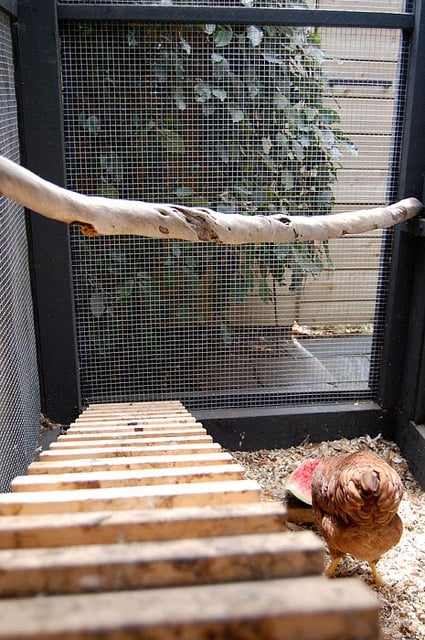 I spent an hour or two at the cottage earlier this year searching for the perfect piece of driftwood to act as a perch in the run.  This was the piece I deemed perfect. 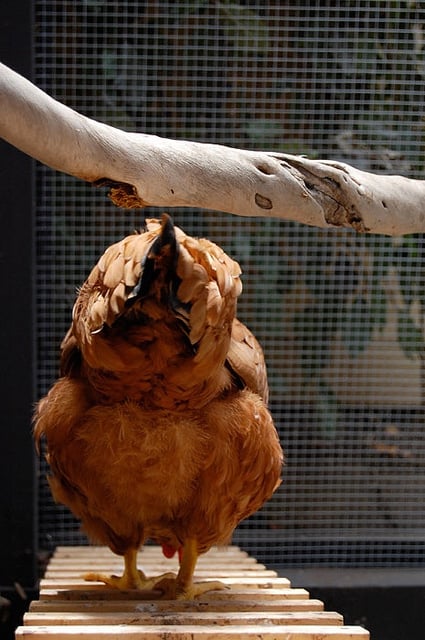 Every morning all 4 chickens relax in the sun on the perch. 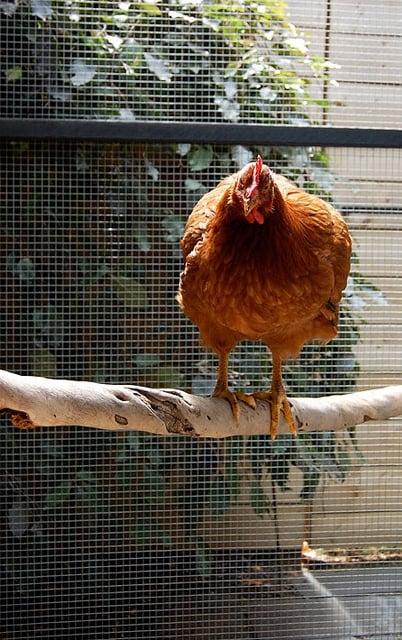 A skylight.  Yes.  I installed a skylight made from a sturdy piece of Plexiglass to allow more light into the coop.  My house does not have a skylight. 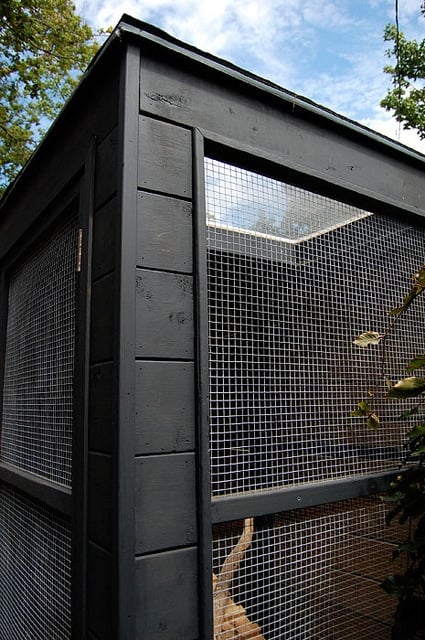 At 7:30 every night like clockwork, the girls head themselves up the ladder to the coop and jump up on their perch to roost for the night. 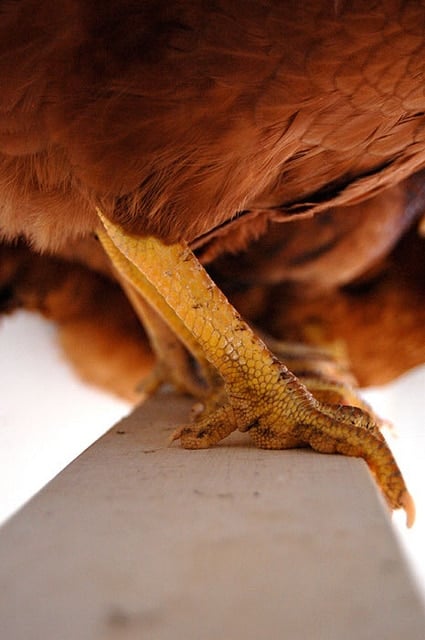 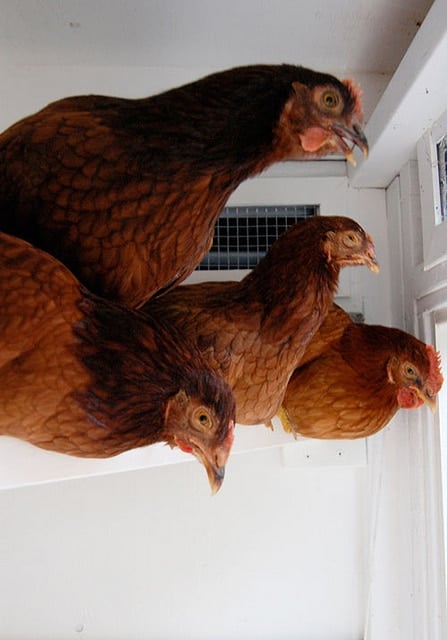 And to all a good night. 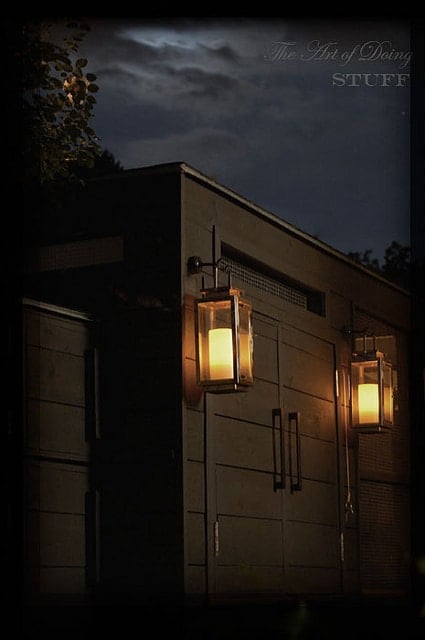 That’s it for now.  If you’re interested, here’s another post with a few more details about the coop experience including shots of me  building.

And I’m sorry, but I do not have any building plans for the coop.  I made it up as a I went with inspiration from both Heather Bullard’s Chez Poulet and Mitchell Snyder’s Modern Coop which was featured in Dwell online.

3 months, 2 major injuries and a huge learning curve later the coop is complete.  And I couldn’t be happier with it.