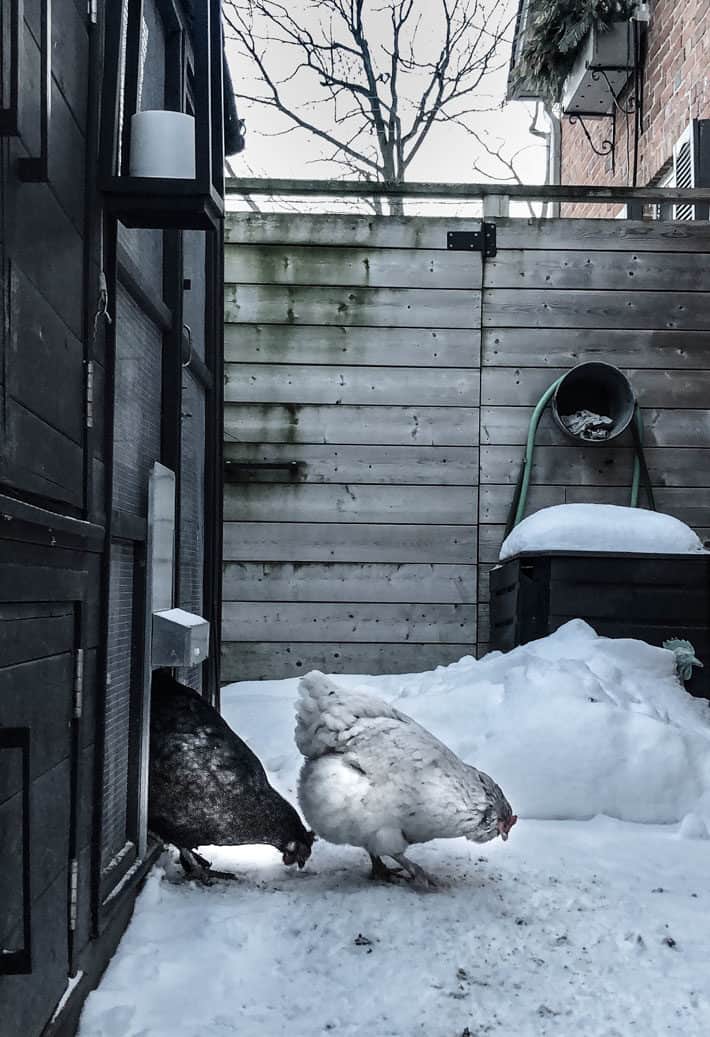 The chickens are just starting to venture outside a bit more now that the weather is getting better. And by better I mean I've smashed down the snow outside of their coop so they're kind of fooled into thinking it's just white cement.

Chickens, you see, aren't fond of walking around in puffy piles of snow.

But now that we've switched over to Daylight Savings time in this part of the world it means they get an extra hour of sunlight at the end of the day. Days getting longer + more sun = EGGS. 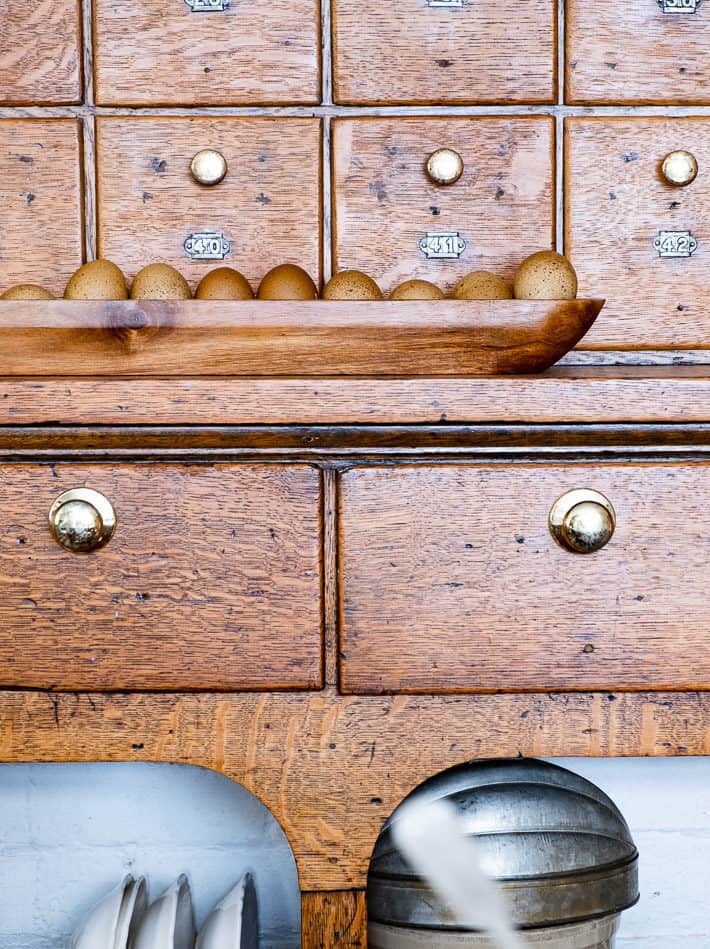 Chickens tend to slow down or stop laying entirely throughout the winter because like plants need light to grow fruit, chickens need light to grow eggs.  There isn't a complete work stoppage in the winter, but there does seem to be some sort of unwritten union rule that they won't give you as many eggs as you need. In you know, the chicken union. 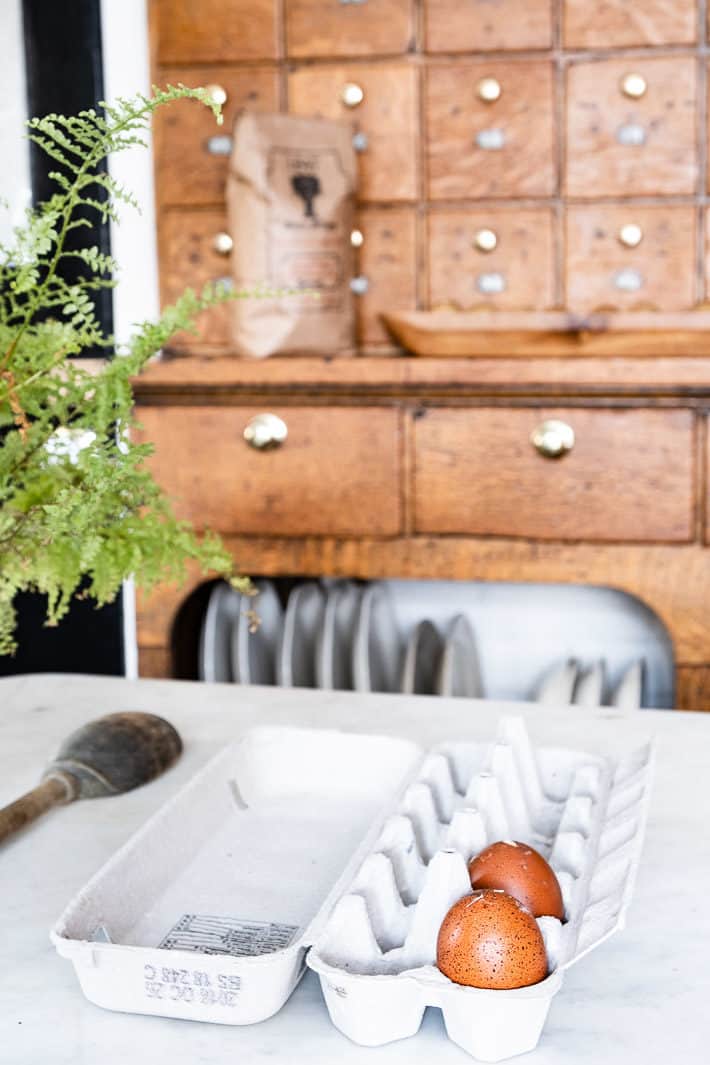 That means in the fall when I'm still getting a lot of eggs, I freeze them so I have extra eggs for things like making my favourite hamburgers or homemade gnocchi or whatever else I want all winter long.  If you're curious, here's how I freeze them.  When I do get the odd fresh egg, those are the ones I use for scrambled eggs, quiche, souffle ... the things that are better made with fresh eggs. 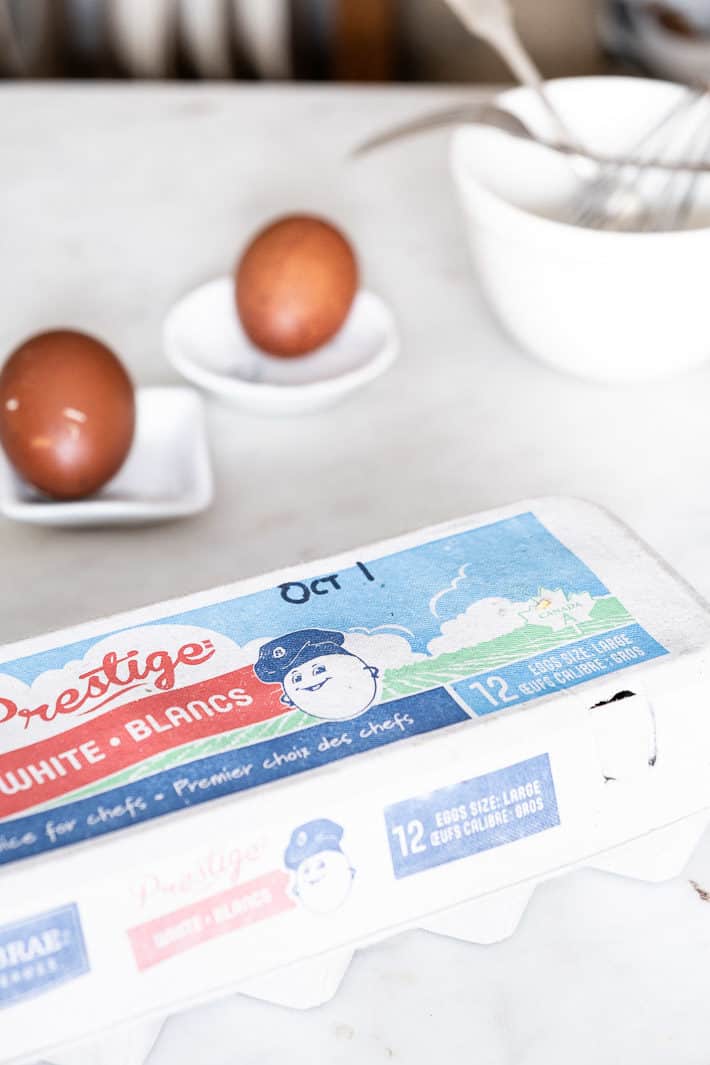 So last October, October 1st to be exact, I put a dozen just laid eggs in the fridge.  I'm down to two.

Last week I decided to see if 6 month old refrigerated eggs would be rotten.

That led me to writing this post with 3 helpful hints for you on ...

How to Tell How Old Your Eggs Are Just by Looking at Them. 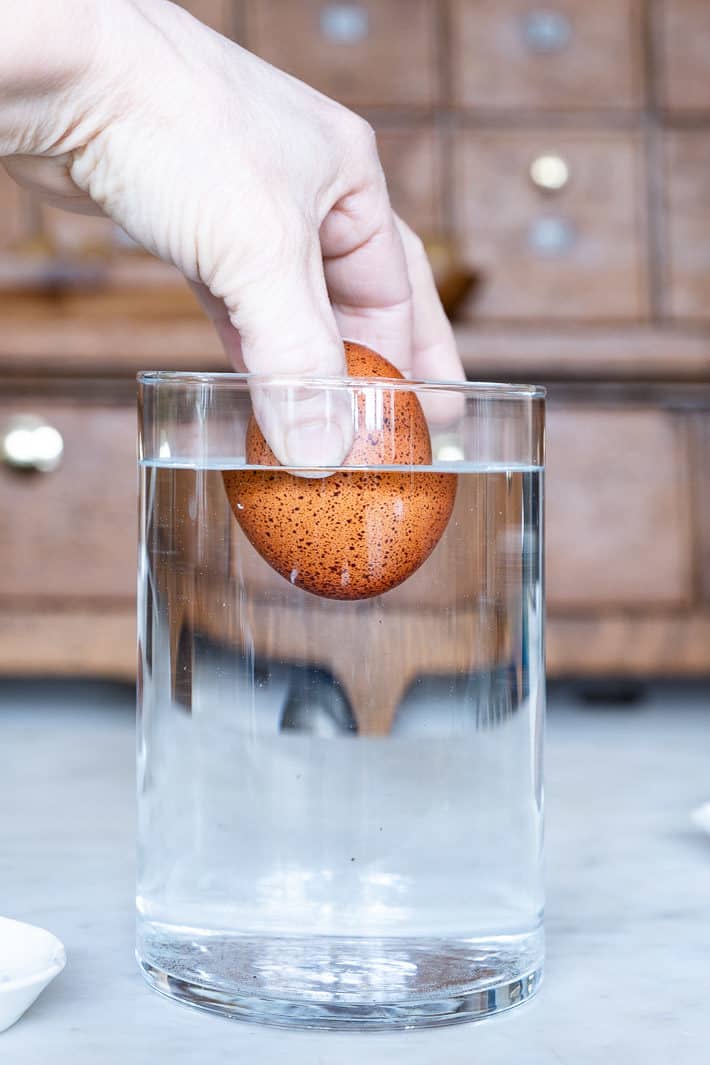 1.  I used my standard method of floating them in water.  If the egg floats, it means it has developed a lot of oxygen inside the shell and it isn't good to eat.

IF it sinks that means it hasn't developed a lot of oxygen and the egg is good.  The basic reasoning behind this is if a lot of oxygen can get into the egg so can a lot of bacteria.  That's like a REALLY rudimentary explanation. 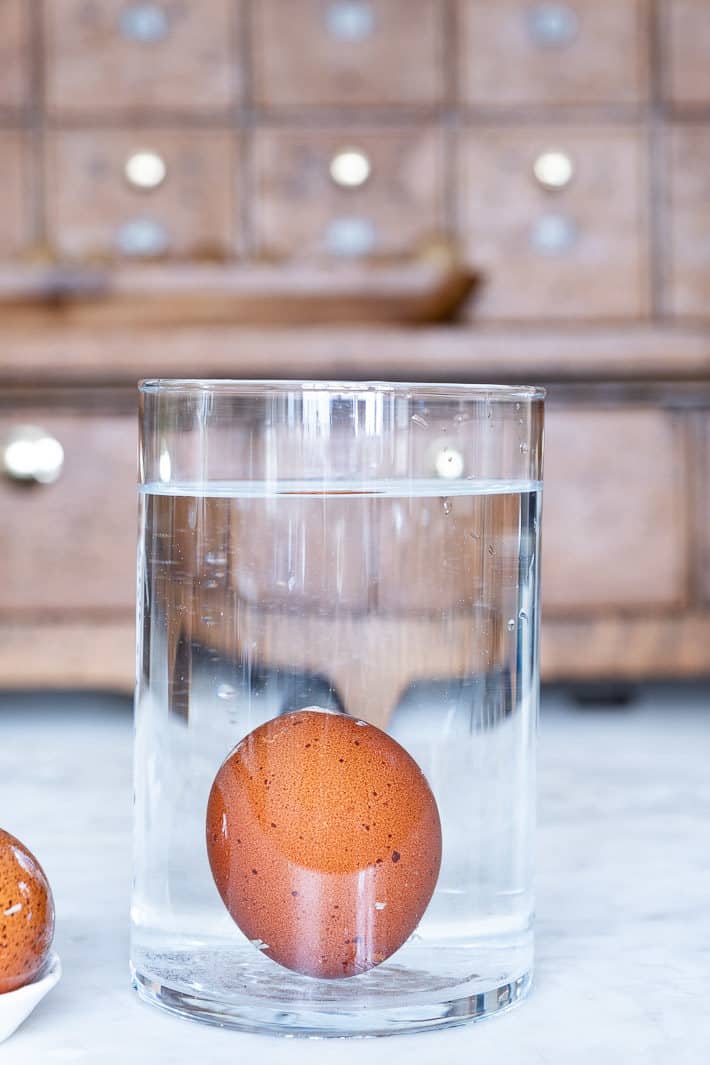 The first 6 month old egg sank to the bottom and stayed there.  It was good.  After 6 months it was still edible. 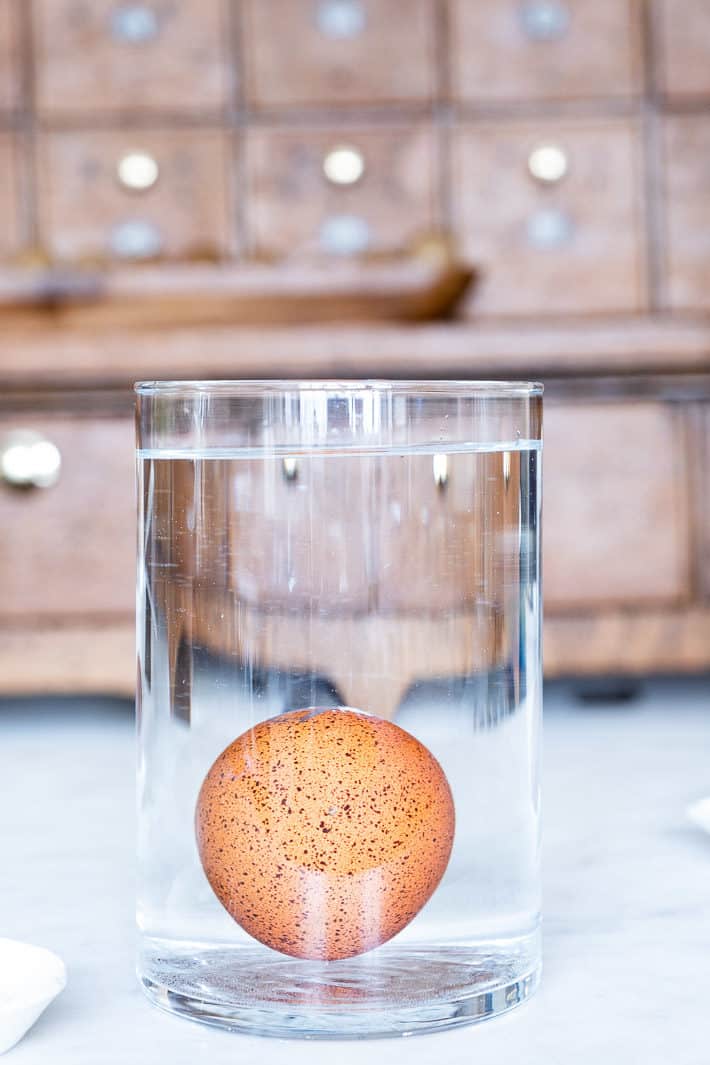 I dropped in the second egg and the same thing happened.  It sunk.

The easiest way to know if an egg is old is the float test.

Want to know if the "farm fresh" eggs you just bought are actually "farm fresh".  Put one in water.  The float test doesn't lie. 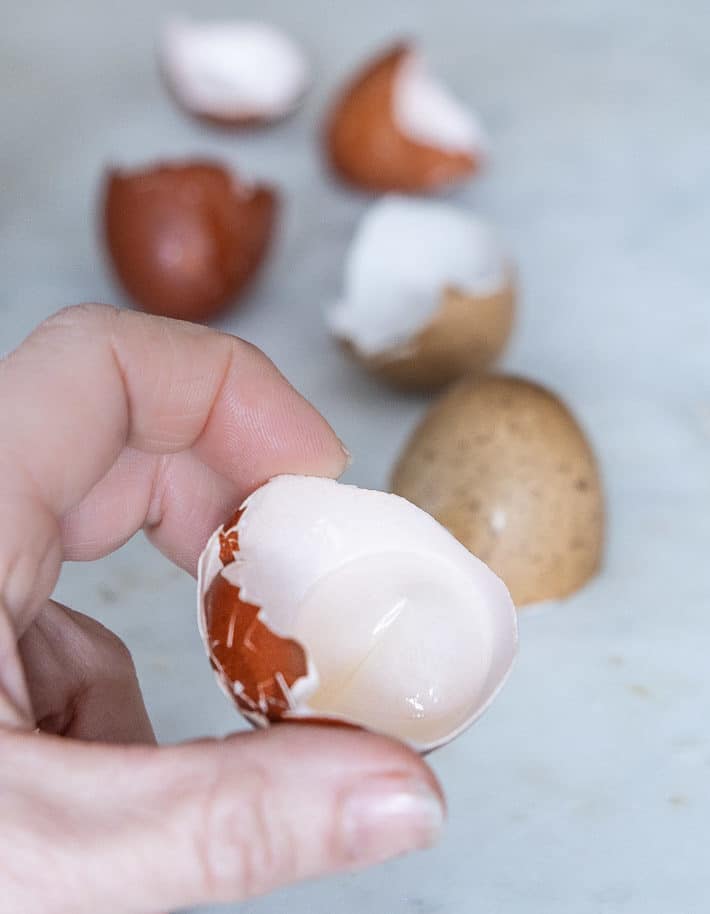 2.  What if you already cracked your egg but want to know if it's "farm fresh?"

Take a look at the eggshell. Inside you'll see a membrane. If there's a big pocket of air like this one the egg isn't fresh.  It's had a LOT of time to build up that air pocket.  It doesn't necessarily mean the egg is bad, just that it isn't fresh and was probably laid months ago.

An egg that was laid in the past week or so won't have any air pocket, or only a very, very small one about the size of a pea. 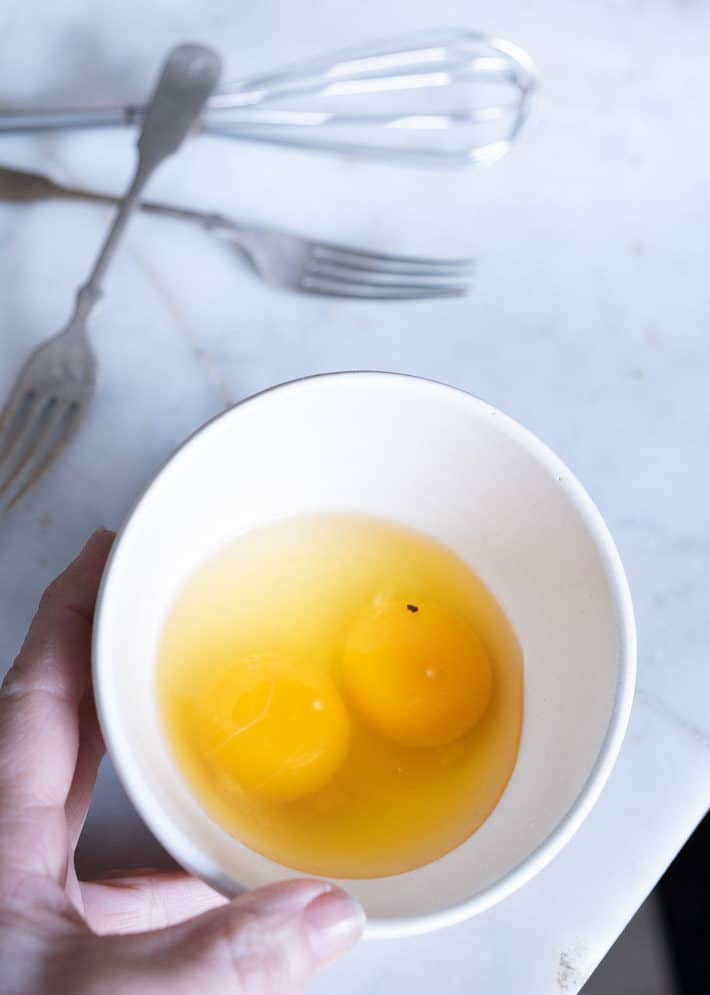 3.  O.K. Let's say you threw the eggshells out, carried the garbage out to the curb and watched it get hauled away by the garbage man you forgot to tip this year.  What then?

You can still check the freshness of an egg by looking at it.

An old egg will look flat and watery.  The white and yolk colours will seem to blend and not be distinct. The egg white will be very watery and not thick, the yolk flat. 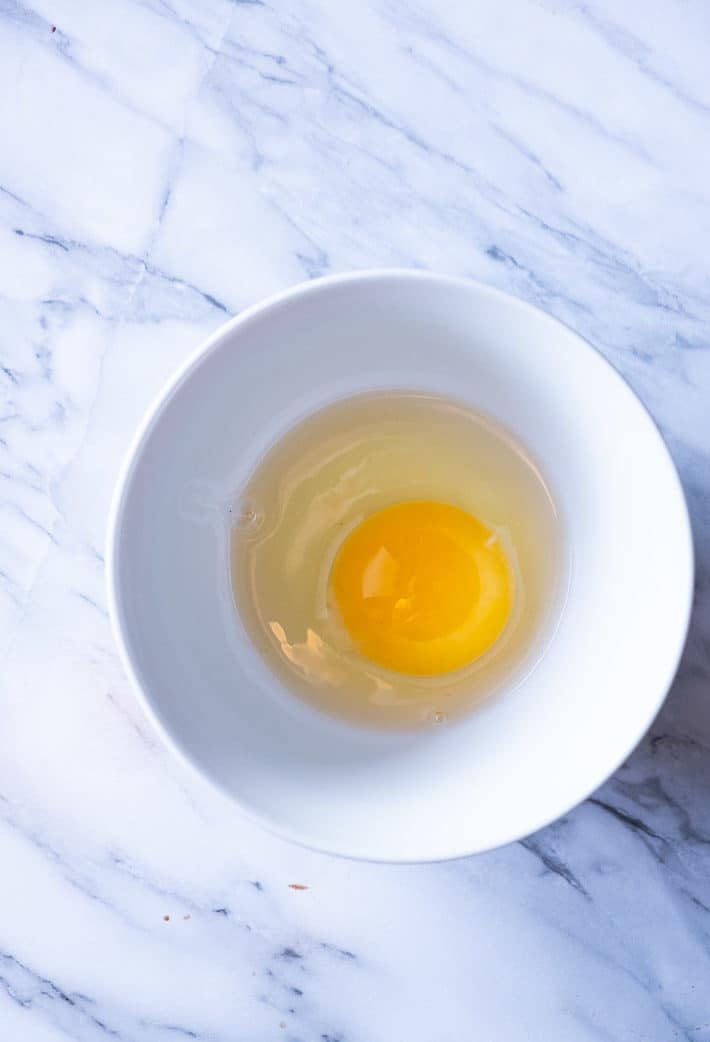 A fresh egg (the one above was laid one day before the photo was taken) will have 2 distinct whites; one just outside of the yolk, and another one outside of that. The whites are very thick and the yolk is high, firm and formed like a ball.

You can see the two whites on this egg by looking at the bubble the edge of the egg on the left.  That bubble is causing the first (outer) egg white to push into the second (inner) egg white.  That's a good place for you to see the two different whites.

I didn't end up eating the two 6 month old eggs because why would I do something like that when I have fresh eggs to eat?  The difference in a truly fresh egg and an old one is amazing.  So I fed those two eggs to the chickens.  I am fully prepared for the gasps and air-barfing sounds that are probably emanating from you right now.  No, it's not cannibalism, they're eating eggs, not other chickens.

It's only cannibalism when I feed them leftover chicken.

Giving them eggs is really good for them and helps them produce more eggs (when they feel like it).  I also feed them grains, vegetable scraps, fermented feed and their absolute favourite ... meal worms.  Which they get once a day in the winter.  Union rules.