You're one drill, a book and some Googley eyes away from a freakishly creepy Halloween craft. I really hate the word craft, but that's what this is.  A cheap and easy Halloween DIY for scaring those you love. 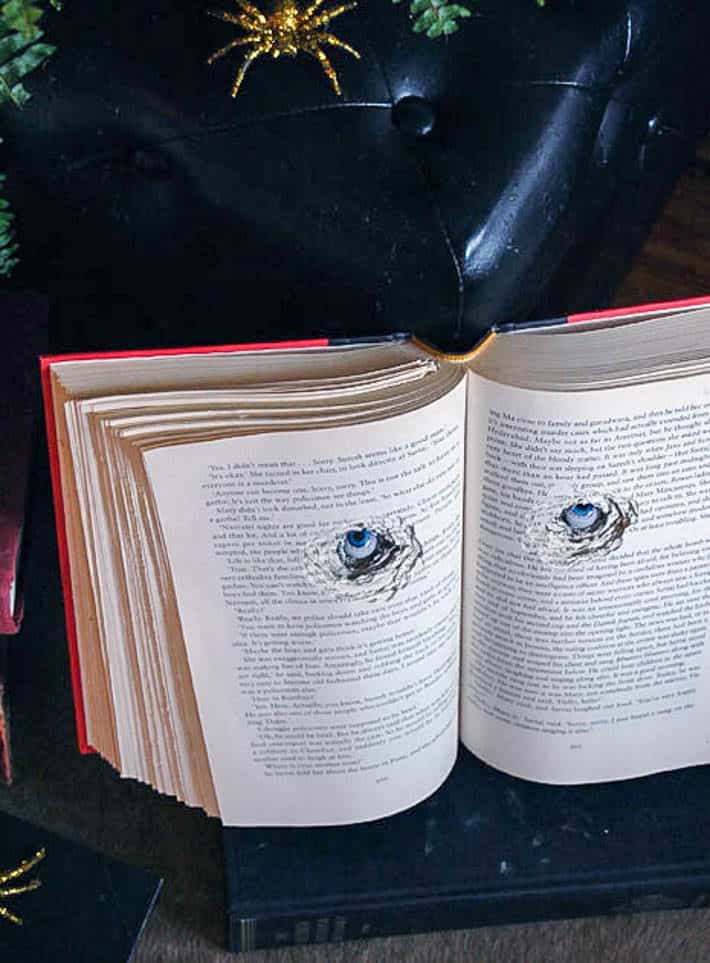 I've always had an affinity for all things creepy.  If I were to dig deep inside my sub-conscience I'd say it goes back to my maternal grandparents.  They were weirdos.

My grandmother was ... well ... just weird, and my grandfather was a dentist. When I was 6 or 7 I used to look at his medical textbooks that were from the 1920s.  I'm not sure if you've ever looked in a book of pathology from the 1920's but they're pretty disturbing. Lots of pictures of people who noses growing out of their elbows for instance - that sort of thing.  Everyone knows for a fact that pathology books are where TLC gets ALL of their hit show ideas from. 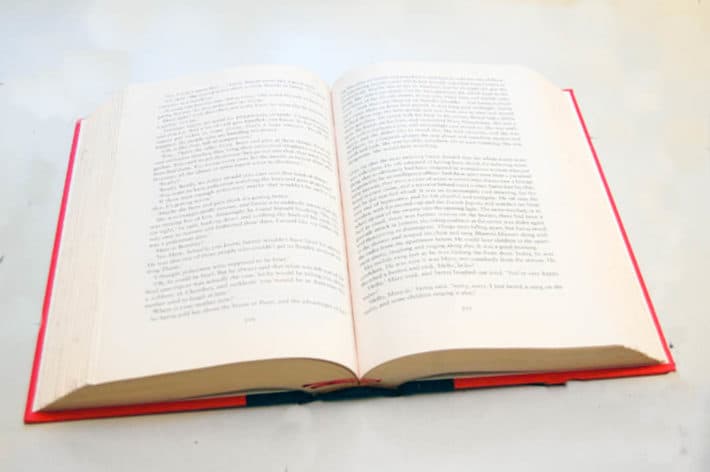 Because of that text book and those grandparents I was shaped into the creep freak you see before you.  In turn, I like to pass that quality onto you folks. Think of me as your book of pathology.

General Instructions for this Halloween DIY

For this moderately disturbing DIY you're gonna need just a few things. A book (the one I used happens to be about murder which I thought was a nice touch), a drill, and some glass or plastic eyes. Pluck them from anywhere or anyone you can.

If you're looking for something even more disturbing may I direct you to the crown made of actual bones?

I found my plastic eyes at the Dollar store.  Old dolls, Halloween accessories or crafting stores should have them too. 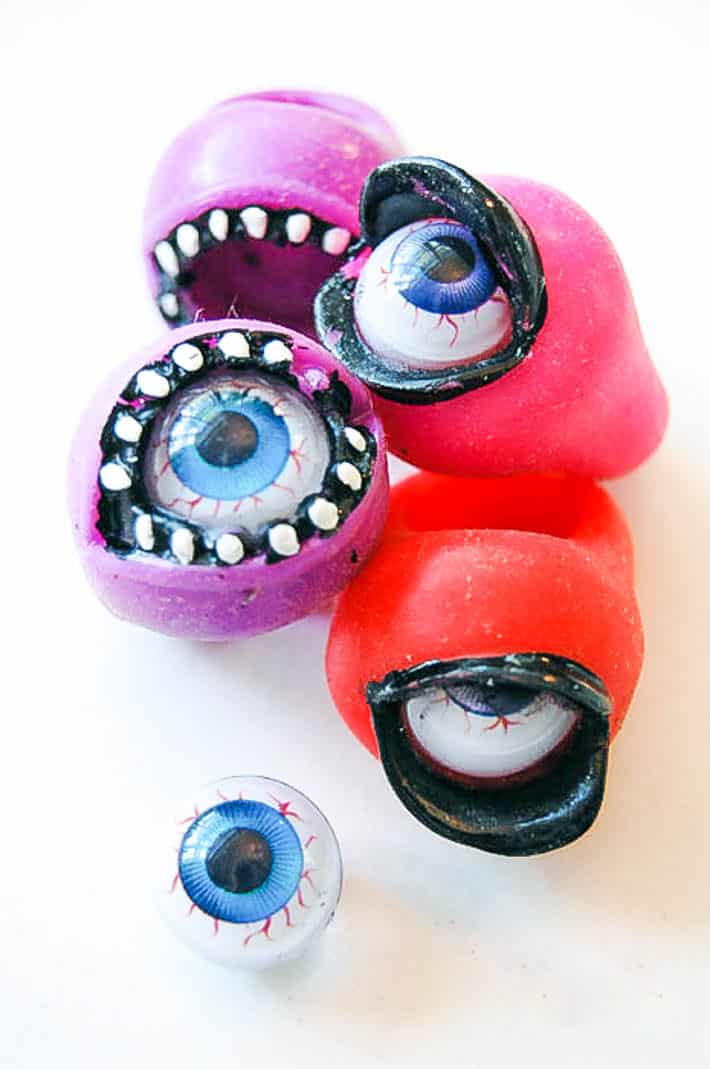 All you do is drill holes into the centre of a book.  You can use a drill bit the size of your eyes or you can cut the book with an Xacto knife. But BE careful, you don't want to end up looking like something from a pathology book.

This is just a "photo". When you're drilling your book, press down on the pages so they're compact while you're drilling otherwise the pages will just rip and tear.  I didn't show a photo of me pushing down on the book on account of the fact that my man hands were more disturbing than this Halloween DIY.

Clean up the holes in your book a bit with some scissors. 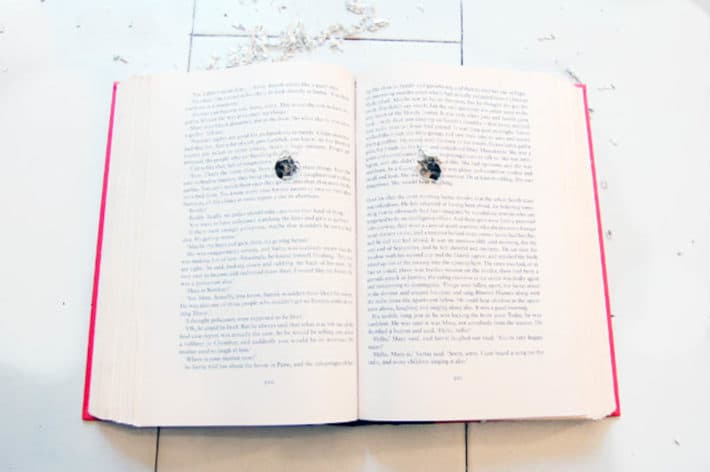 Now just drop your eyes in.  And you're done.  If you want to be. It'll look like the photo below. 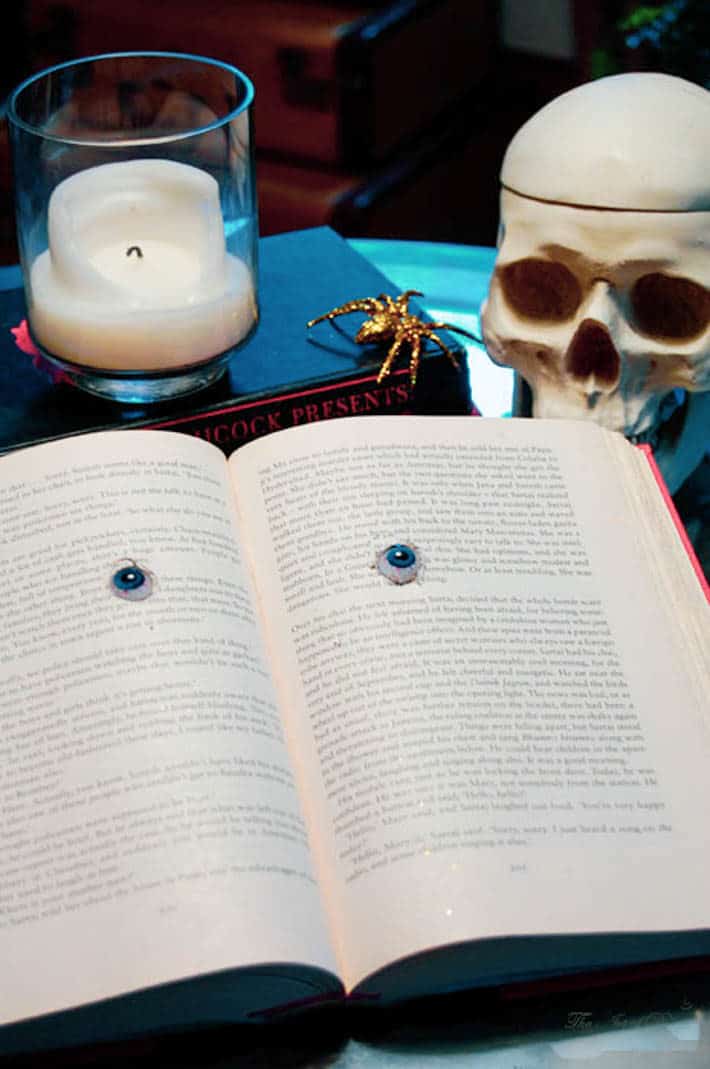 Do you want to take it to the next creep level ? Start tearing away at the drilled circles you've made.  The outermost circles should be the biggest, getting smaller and smaller as you get deeper into the drilled hole. In other words, you're ripping out sockets. 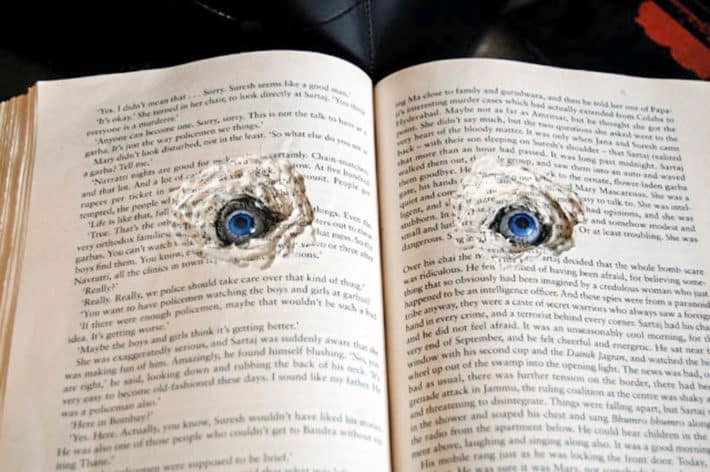 This technique is harder than just drilling but gives you what looks like an ACTUAL eye socket. I've also used some black magic marker around the paper edges that touch the eyeball to make it look more ominous. 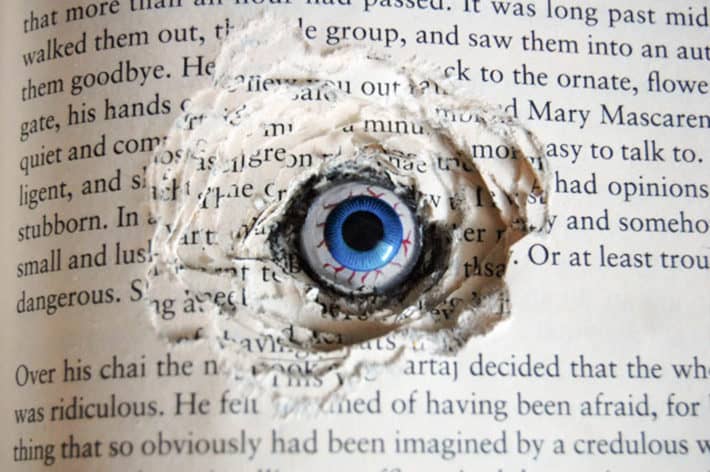 Also upping the creep factor?  Using eyeballs that move.  Like these.  Which were $1 each from the Dollar Store. When you set the book slightly upright the eyes look up at you. 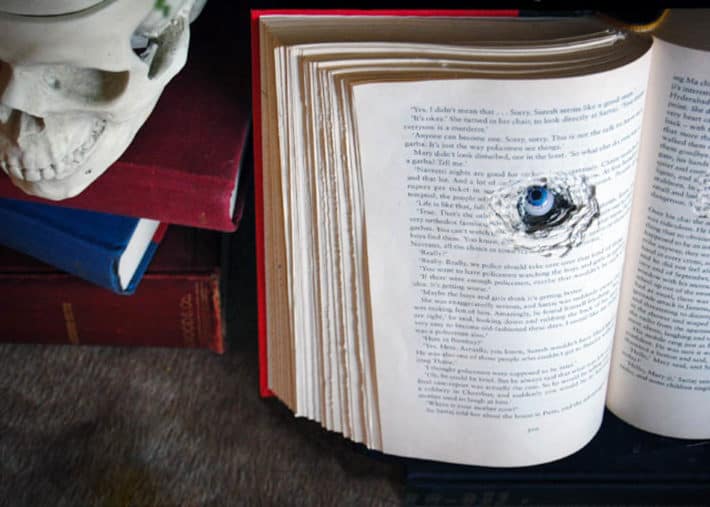 To go ALL the way, use an appropriately creepy book. You can find scads of choices for $2 or so at a second hand store.

You'll get the most creep possible if you can find eyes that move like dolls eyes.

Tearing the pages is hard work, I'm not gonna lie to you. But it really makes the whole effect way more realistic and creepy.

Look for eyes around Halloween in dollar stores. Don't forget to check for rings, masks or necklaces that might have eyes on them.

Or you could order some from Amazon where they have a surprisingly huge selection of glass eyes.

Make your socket look more ominous by smudging some black marker around the edges that touch the eyeball.

They say you can't judge a book by its cover. You have to judge it by what's inside. I tend to agree. 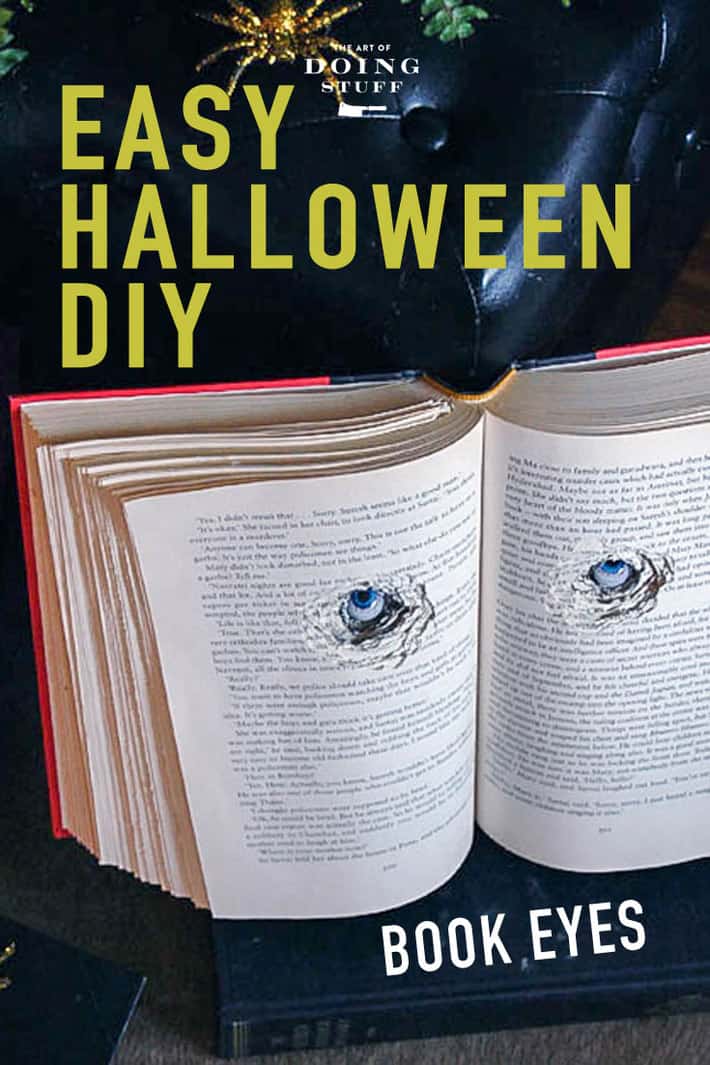