Wondering what the best orange in the world is? It's the Sumo Orange. Hands down.  It's the sweetest, most delicious orange around. 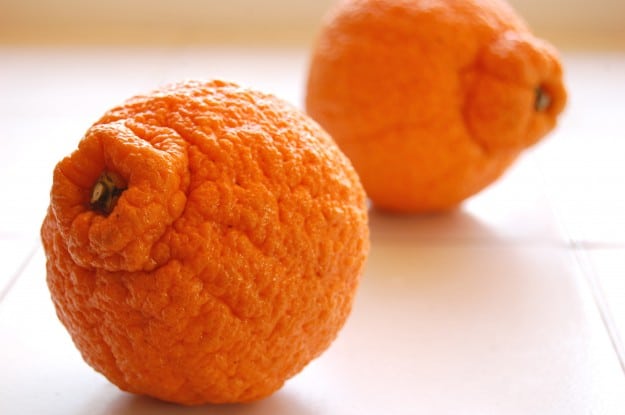 If you know anything about me, you know I taste the fruit in the produce aisle. I eat it.   Smell it and chew it and swallow it into my belly.   All the while enduring the glances of people who dare to judge me.   The people judging me often have permanently pinched faces and look like they always abide by rules but mostly when it's to their benefit.   You know the type.   So I take their scorn with a grain of salt. And a mouthful of grapes.

If the stolen fruit passes the taste test, it goes into my cart, if not ... I keep wandering until I find something I like.

You don't have this problem with potatoes.  Potatoes always taste exactly like potatoes.  But fruit is different. The only time fruit tastes exactly like it did the last time you bought it, is when it's Froot Loops.

For the most part I only do taste testing with fruit you don't have to peel, although last week I did crack open a pea pod to see if the peas inside were worth buying.  They were.

So when I went to the grocery store yesterday I was flummoxed.  They had a fruit I'd never seen before and I wanted to buy it, but it was protected by the thickest peel I'd ever seen.  Peeling this jumbo thing in the middle of the produce aisle would attract about as much attention as if I peeled my own clothes off.  So I did what anyone confused by a piece of fruit in the produce aisle does. I stared at it.  I picked it up and looked at it, then put it back. Then I stared at it some more.

Turns out this sort of spastic behaviour attracts as much attention as getting naked.  After about 2 minutes of this back and forth between me and the orange,  the produce manager came lumbering over  with a huge grin on his face and proclaimed the Sumo orange I was looking at to be the most delicious orange in the world.  That's a bold statement.

He followed his bold statement with an even bolder move.  The produce manager grabbed the orange, peeled it and handed it over to me.  To taste!  Free of charge.    He was acting suspiciously like a "pusher".  Against my better judgement I tried it.

It was pretty stinkin good.  I  bought 2 of them and plan on going back fore more.  Just like that I'm hooked.  It is ...

The Sumo Mandarin was developed in Japan and is basically a cross between a Satsuma Mandarin and a California Navel Orange.  After 30 years of development in Japan it's now in North American grocery stores for about $2 - $2.50 each.  That's a pricey orange, which of course, is why I  was struggling over whether to buy it or not.  Well, that and the fact that I'm crazy. 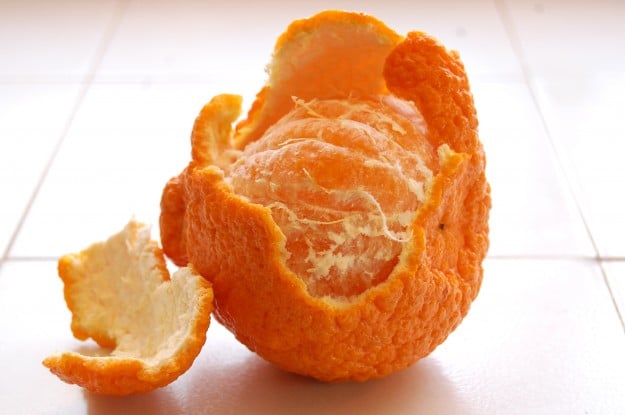 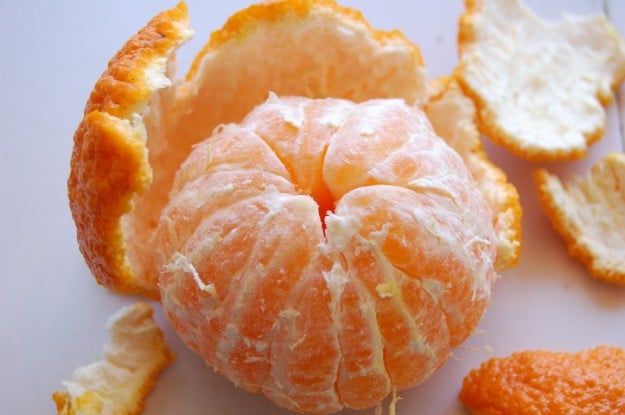 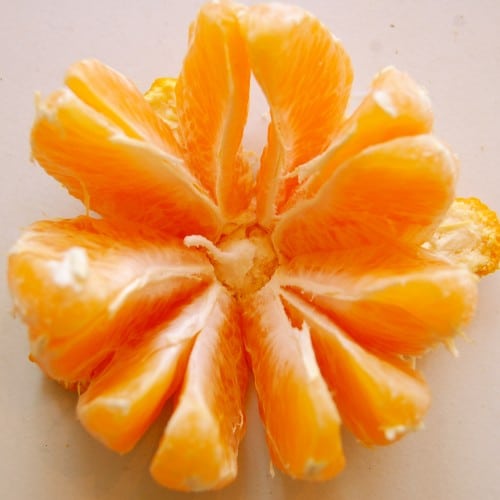 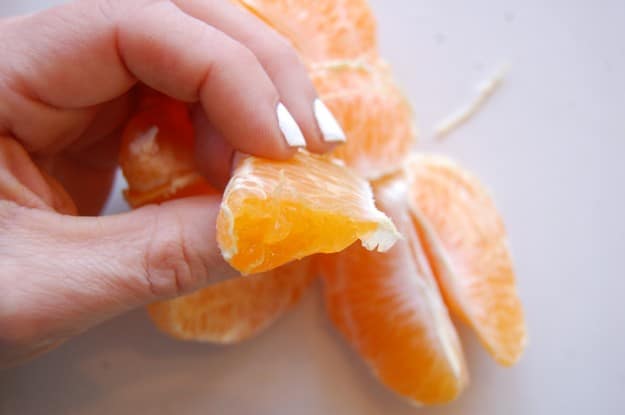 It's sweet, delicious and juicy without being messy. 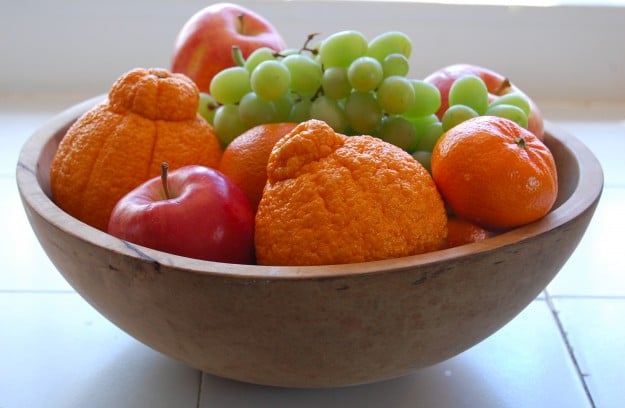 Plus it looks cool in a fruit bowl.

The moral of this story?

1.  Ignore people who scorn you.

3.  Chances are if you don't mention a fruit looks like a nipple, people won't notice.