How to Grind Beef

I don’t know how many of you have seen the movie Food Inc., but since you’re on my site where I regularly talk about food, growing food and eating food, I assume the chances that you’ve seen it are good.   If you don’t know what it’s about let me give you a quick synopsis. The documentary revolves around where our food comes from. Apparently it comes from the bowels of the American government and the dirty old intestines of business. 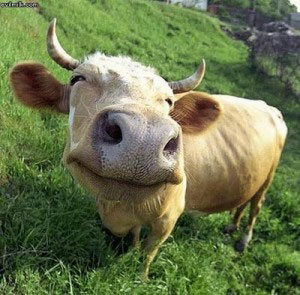 I know! I had no idea either. I thought it came from a farm.  And a pretty one too, with prancing kittens and cows that smile.  The movie takes you on an in depth discovery of how, as North Americans our food rarely comes from a wholesome, windswept farm.  And industries don’t care quite as much about the food we eat as we’d like them to.

It’s part of the reason I started vegetable gardening.

Food is a business that corporations want to make a profit fromby producing food faster, bigger and cheaper. This is done with antibiotics, hormones, engineered feed for the animals and packing as many of them into as small a space as possible.  It’s the same way North Korean gymnasts are produced.

The point of the film is to get you thinking about where your food comes from and what you can do about it.

Now, I’m freakishly suggestible with food at the best of times. You know when you’re walking along, minding your own business and you suddenly smell a French fry? And then you must eat French fries? I pretty much do that with everything.

So when I sat down years ago and fired up this movie I knew I was in trouble. And not just because at the time I was living with a man who had recently finished a beef stew dinner and was conspicuously draping himself in his “toot muffler” blanket. Uch.

BECAUSE NOW I MAKE THE MOST DELICIOUS HAMBURGERS EVER! 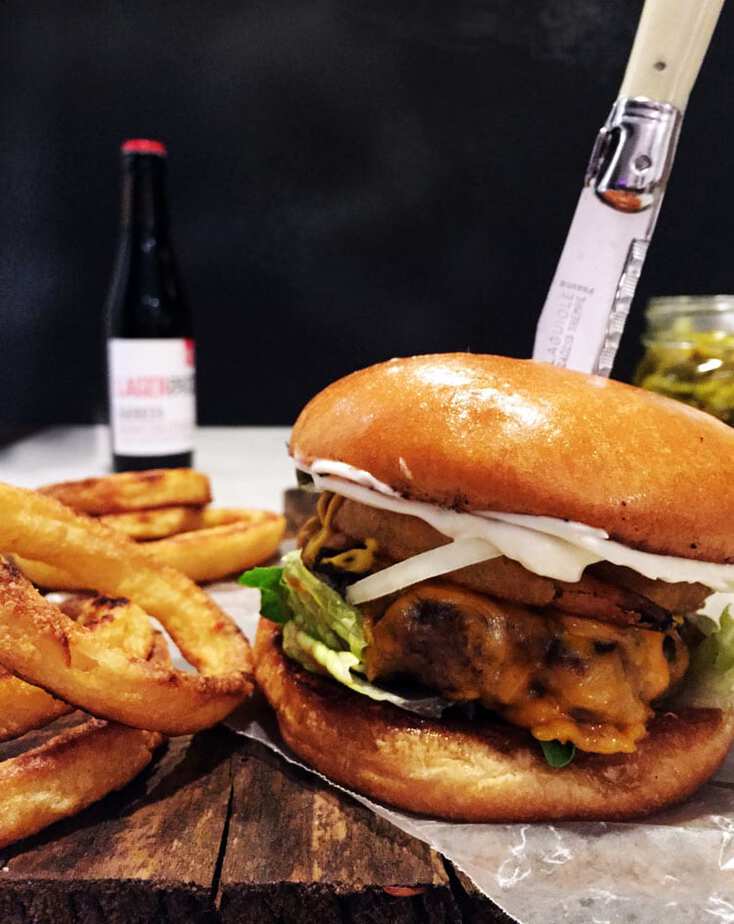 Which got me to thinking about what exactly is in my ground beef.  I was guessing there were a lot of things in there I didn’t necessarily want in there, so I looked it up on the trusty Internet.

I found all sorts of crap about what you could do with ground beef but very, very little about what was actually in it.  This was actually more frightening than finding pages and pages of gross information on it.

They’re sneaky those beef people.  And I happen to have it on good authority (Oprah) that they take their business quite seriously. I did manage to find out that ground beef is commonly made out of things that could only be described as “icky” so soon after watching the movie I decided to try and grind my own organic beef.

Wanna know how to grind your own meat? Watch the video! Give it a shot.  And revel in the fact that all of us, together, can continue to enjoy tasty hamburgers!

How to Grind Beef

If you’re grinding your own beef the main reason to do this is for flavour.  If you only plan to do this occasionally then make it for an event where the beef is the star of the show, like Hamburgers.

Cuts to Use for Grinding Your Own Beef

These all come from between the neck and the shoulder of the cow. Some are the same thing but labelled differently depending on what country you’re in or what your butcher labels them as.

To make delicious hamburgers from scratch use:

How to use a KitchenAid Grinder attachment to grind meat.

How to Grind Beef Meat

How to use a KitchenAid Grinder attachment to grind meat.