Home » DIY » How to Hang Something from a Brick Wall.

How to Hang Something from a Brick Wall.

There are only 2 things more terrifying to a homeowner than drilling into brick: drilling into drywall and realizing you did a load of laundry during peak hydro hours. Hanging something on brick shouldn’t give you a stress twitch – you have two options, and both of them are easy. 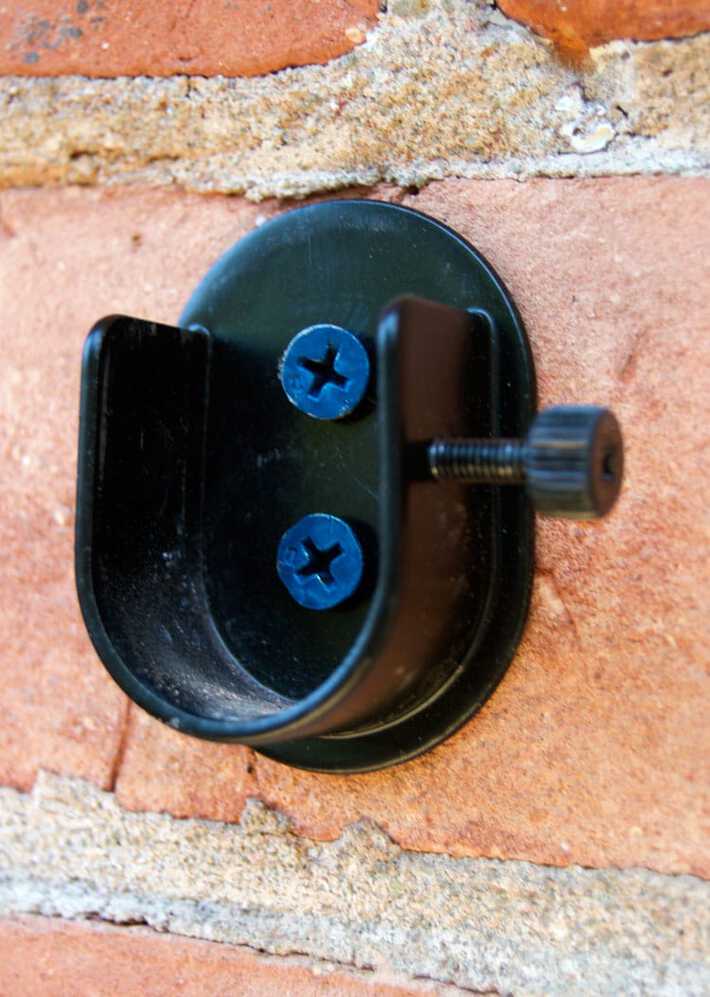 Hey Karen! How do you drill into brick?

As a doer of stuff I get a lot of questions from friends, neighbours, readers and people I run into in the grocery store. The grocery store people’s question is normally “Do you always buy so many carbs?” And my answer is always “Why, yes! Yes I do.”

One of the scariest things for homeowners is drilling into things: drywall, studs, cupboards doors, teeth. If you have something you want to hang on brick you’re going to have to get over this phobia and just do it. If you’re worried about putting holes in your drywall because you think they’re there forever, they aren’t. Here’s how to easily fix holes in drywall.

Honestly hanging stuff off of brick is not a big deal and you have a few ways to go about it.

So today … I’m gonna teach you how to drill into brick.

By the way, I could have taken this question answering opportunity to answer the very popular question “Karen … how many burritos can you eat in one sitting?” but I’m gonna go with drilling into brick.)

First a look at how you do it.

You can hang something on a brick wall in about 39 seconds as long as you have a masonry bit and a anchor screw (and a drill).

You’re going to need to drill into it if you want to hang anything heavy on a brick or concrete wall. There’s no way around it.

Drilling into Brick or Concrete

To screw into brick there are only two things you need.  Anchor screws ( Walldog, Tapcon, concrete screw, or screw anchor) and a masonry drill bit.

The anchor screw looks like a regular screw, and it is … but it also has an extra set of raised threads that help it cut and grip into very hard material like brick or concrete. 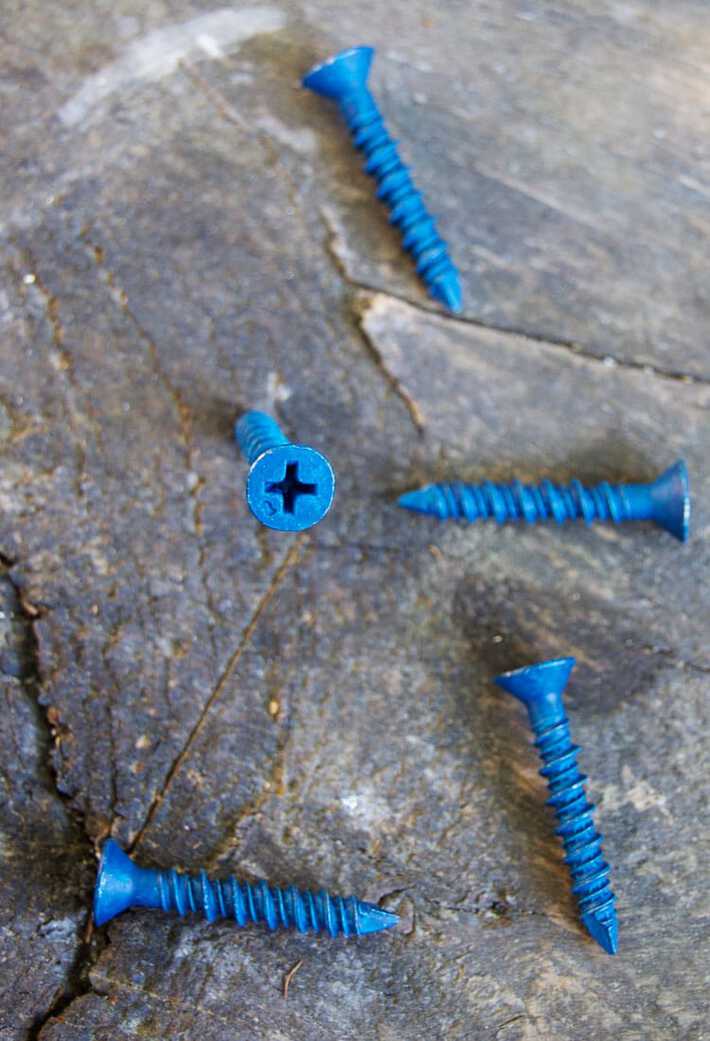 Technically they work best with a hammer drill but if you only have a regular drill it’ll work fine, it’ll just take a tiny bit longer to drill through the cement, concrete or brick.

Do You Need a Hammer Drill?

A  hammer driver is a drill that doesn’t only spin, like a regular drill does, it also bangs up and down like a hammer. So you get twice as much force with a hammer drill because the drill is working in two separate ways to drill: by rotating and by pounding.

If you’re going to buy a hammer drill, but you didn’t even know what one was until you just read about it in the blurb up there, don’t go out and buy a $200 hammer drill. You’re not going to need it and chances are it’ll be really heavy to hold. Just get a cute little one like this and it’ll do what you need. 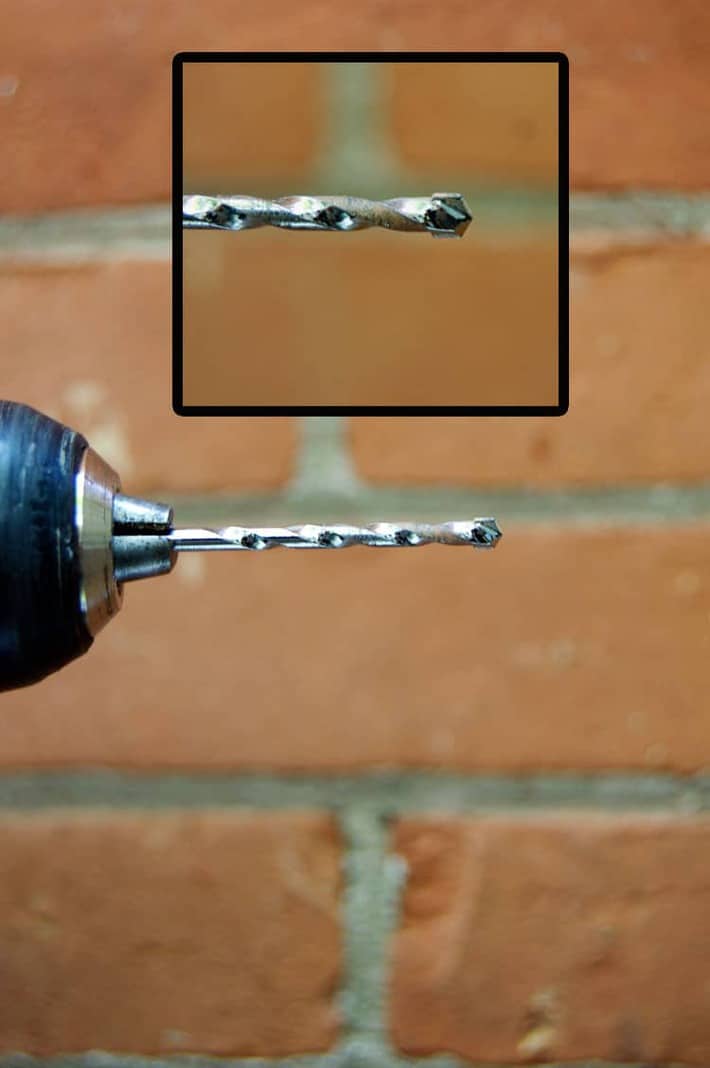 It’s easier to drill into the mortar than it is into the brick because the mortar is softer, but sometimes the grout just isn’t where you need your hole.  So you can drill straight into brick too, it will just take  you a bit longer and dull your bit quicker.

If you’re going to hang something heavy don’t drill your holes into mortar, drill into the brick because it’s much stronger.

You need to use a drill bit that’s a size or two smaller than your anchor screw, otherwise your hole will be too big and your screw will just slide right in.

You can get all of this stuff from regular hardware stores. 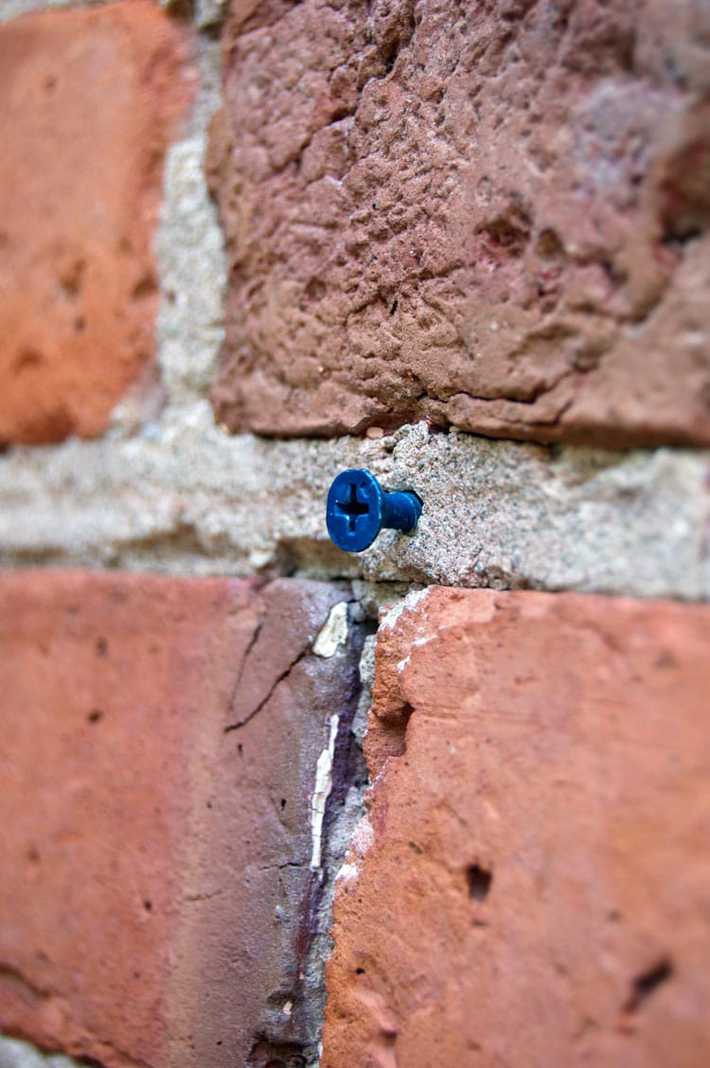 Remember to keep your drill level while you're using it.

Do you Need An Impact Driver

An impact driver is a bit of a weirdo in the drill family. An impact driver doesn’t rotate like a regular drill and it doesn’t hammer up and down like a hammer drill.  So how does it work to drive things into hard surfaces? It uses concussive force to pound from the side.

Because an impact driver works with side force, it isn’t a good choice for drilling holes into anything. The side force of the pounding creates oblong holes, not round ones. This means any screws or anchors you try to set into the hole won’t work properly.

O.K. so what if you don’t have a drill and don’t have it in you to drill a hole in your brick wall but you still want to hang something on it?
OPTION 2
Alternatives to Drilling.
The Brick Clip. These clips work the best on newer bricks that have sharp edges and are uniform in size. If you’re *lucky* you can get them to work on older hand formed bricks (like I have at my house) but they’re really meant for modern bricks. 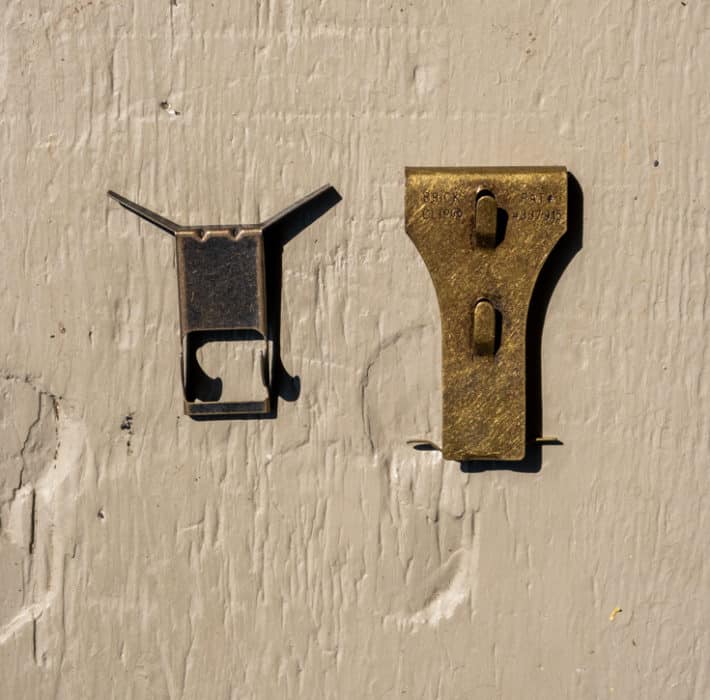 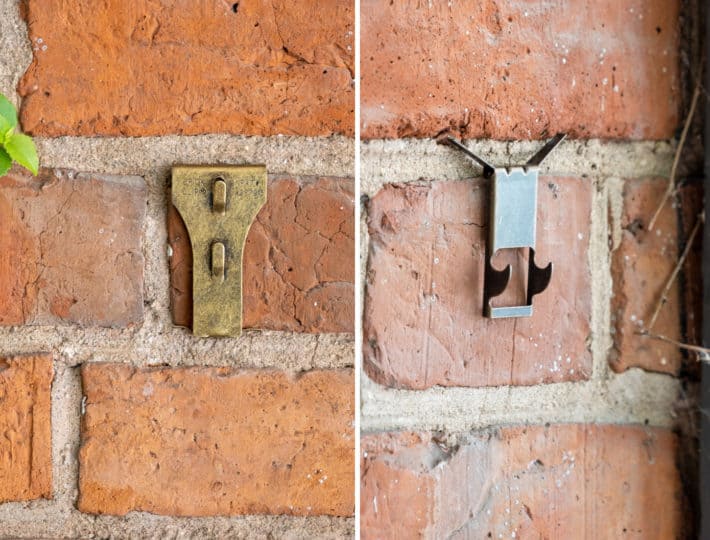 I’ve bullied these into place on my almost 200 year old brick. I wouldn’t want to hang anything heavy off of them but they’d be perfectly fine for hanging a wreath or something like that.
Honestly. Don’t worry about it and go ahead and try. It’s just a brick wall, not a molar. It won’t hurt a bit. 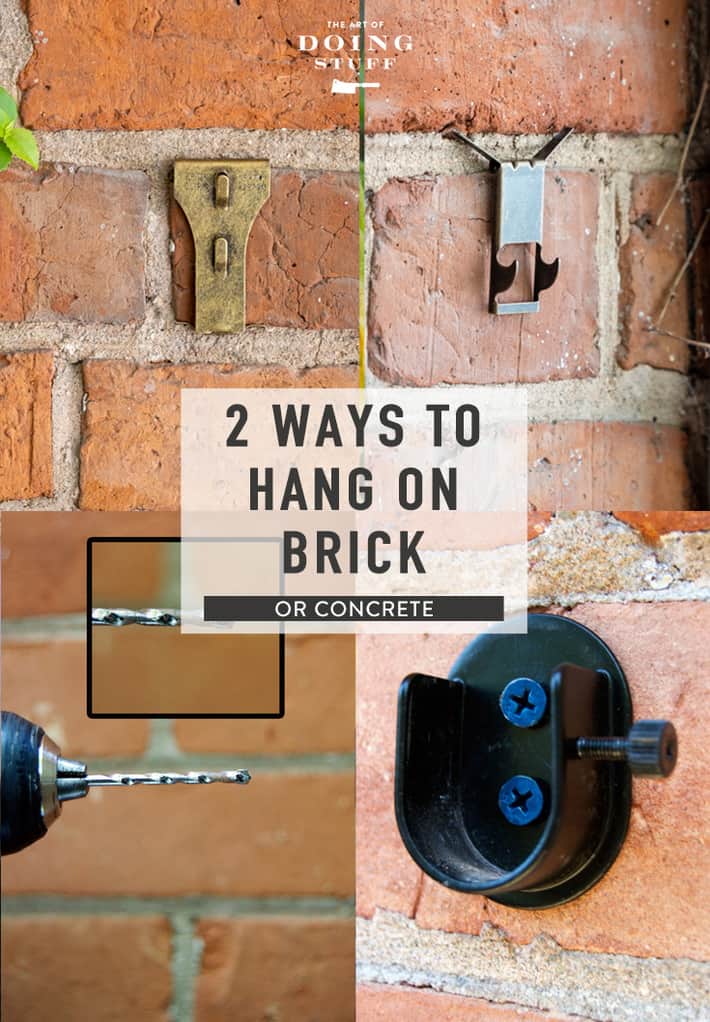