If you're insanely lucky, you'll have a stud in your wall exactly where you want to hang something heavy. For the other 99% of the time, you're going to need to use a drywall anchor to hang that thing on the wall. (That's a sheetrock anchor for the American folks out there.) 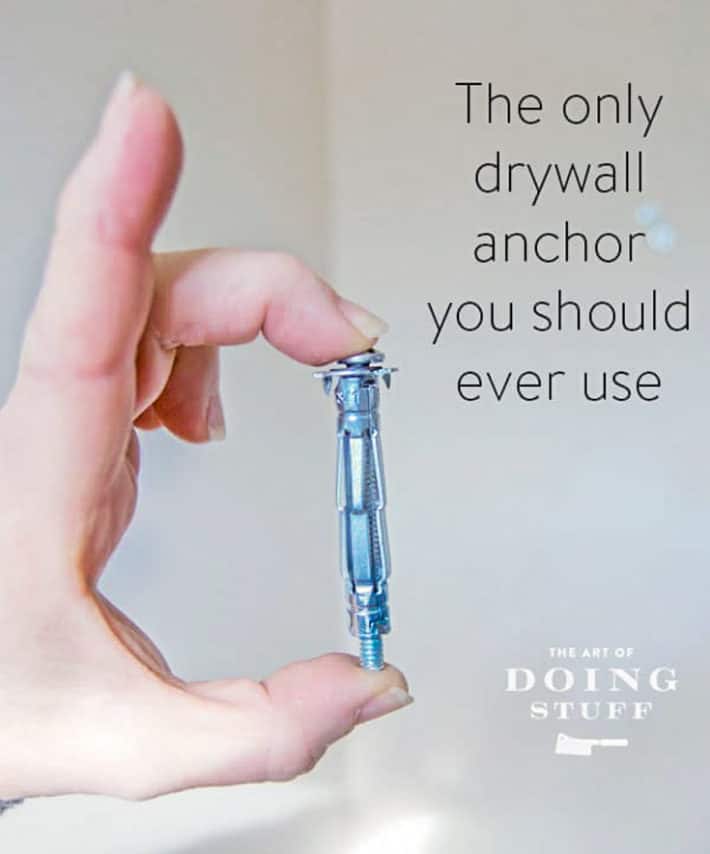 I know. The drywall anchor! It's a big, scary looking thing but once I explain it, it'll be about as scary as a chocolate covered cotton ball. I'll be calling it a drywall anchor through this post by the way because that's what it's called in my area in Canada. You might refer to it as sheetrock and a sheetrock anchor, but it's the same thing.

We've all been there I'm sure ... hung a full sized cow on our wall only to have it fall down in the middle of the night, scaring the farts right out of the cat. It happens. But it doesn't have to.

But that's only because you probably used the wrong types of drywall anchors. I bet you're using those little, brightly coloured plastic wall anchors aren't you?

It's O.K. Not knowing, making mistakes, asking questions and learning are all a part of your successful home improvement journey. 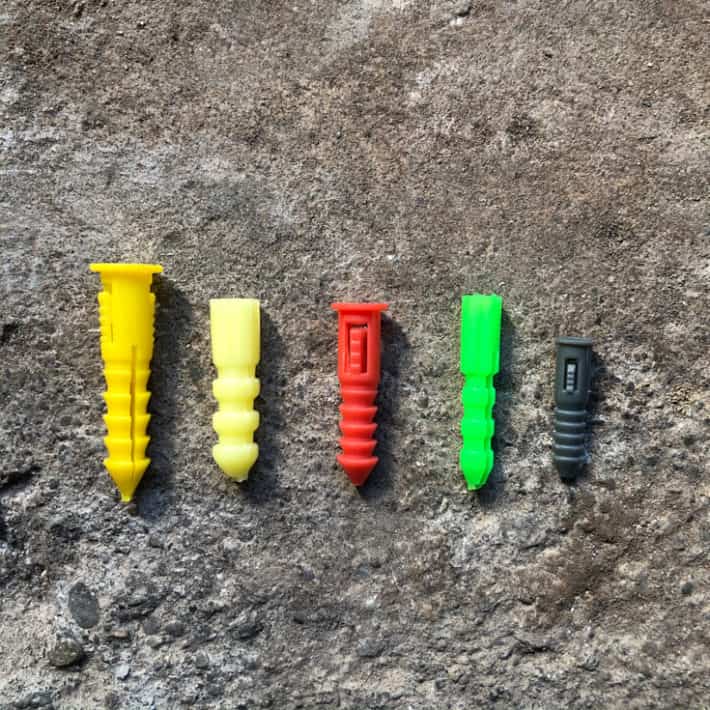 I've used them too. I'll admit it. Those plastic anchors (expansion anchors) in bright colours that you hammer into the drywall. You keep screwing and screwing your screw into it and it just keeps spinning and spinning because it isn't actually grabbing onto anything. But you hang something off of it anyways because you paid for it and installed it and can't think of any other way to do it. Then your cow falls down.

It's because those plastic anchors aren't really meant for drywall. They're actually meant for solid walls like concrete. They *can* in certain circumstances be used for drywall but even the must robust plastic anchor can only hold around 10 pounds. So they're very definitely light duty and don't have a lot of holding power. 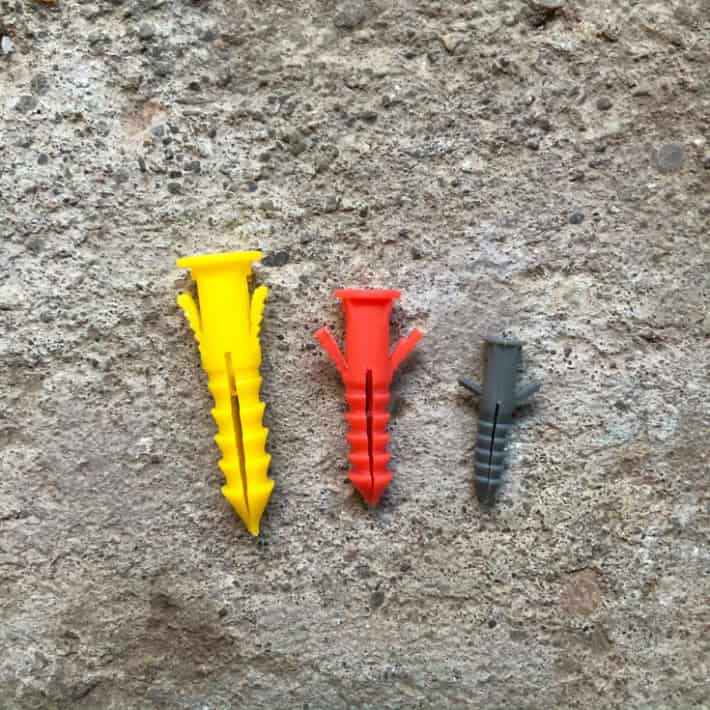 Pull the wings out on your plastic anchor!Not all plastic anchors are going to have them, but if they do, pull them out. They'll squish back in when you hammer the anchor into the wall but they'll pop out again a bit once they're in there. They'll help (a minuscule amount) to keep the anchor from falling out of the wall. 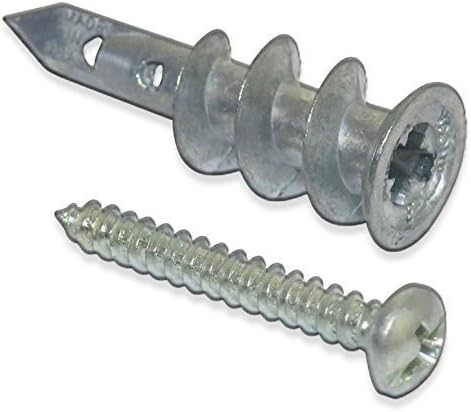 But my favourite is the hollow wall anchor. Otherwise known as a Molly Bolt. It's more complicated to use than the threaded anchor but I like them better.

Also known as the classic "Molly Bolt" or a molly wall anchor. THESE are the only drywall (sheetrock) anchors you should use. (bit of an exaggeration but honestly if you aren't sure what to go with they are the best.) How do I know they're the best? Just ask Bessie the cow.

These are my favourite anchors. Yes there are others like screw-in anchors, toggle bolts and a bunch of other things, but these Molly wall anchors are my favourites so that's why I'm talking about them and telling you to use them too. 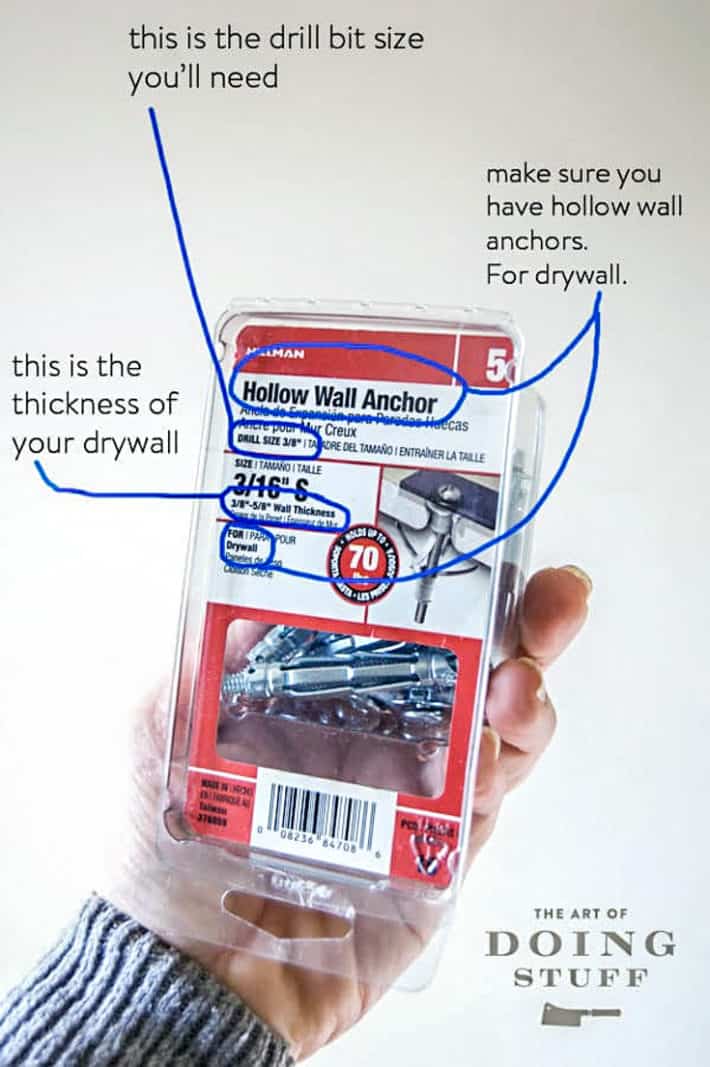 Also make sure you own a drill. I have a couple of drills, a "vintage" electric one I found at a garage sale that's GREAT and this Ryobi cordless one, which is great when the battery actually works. If you have issues with 18V batteries suddenly not charging, read my post on how to get a seemingly dead cordless battery to take a charge. 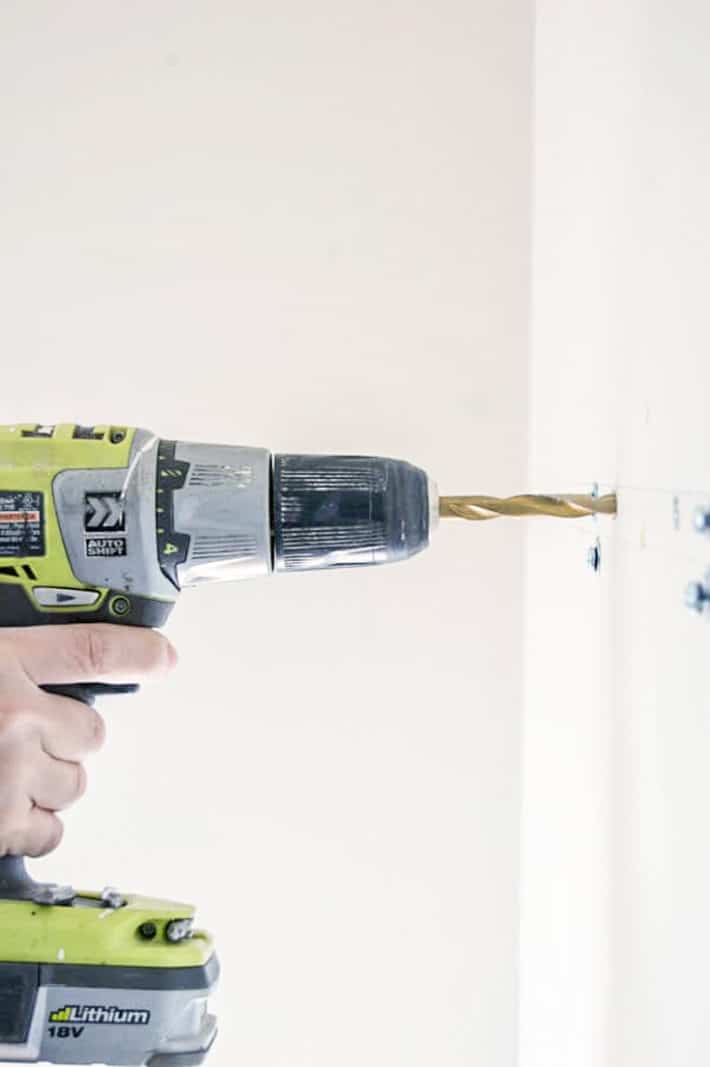 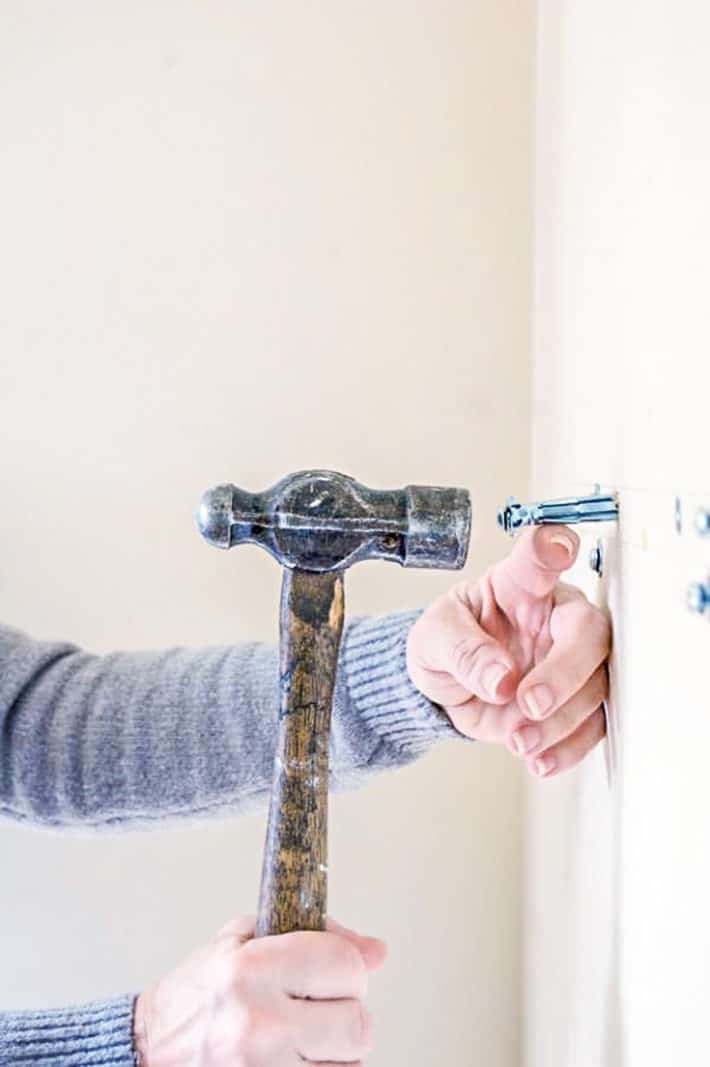 2. Take the Hollow Wall Anchor out of the package and hammer it straight into the wall. You don't have to adjust it or fiddle with it or anything. Just whack it in there. 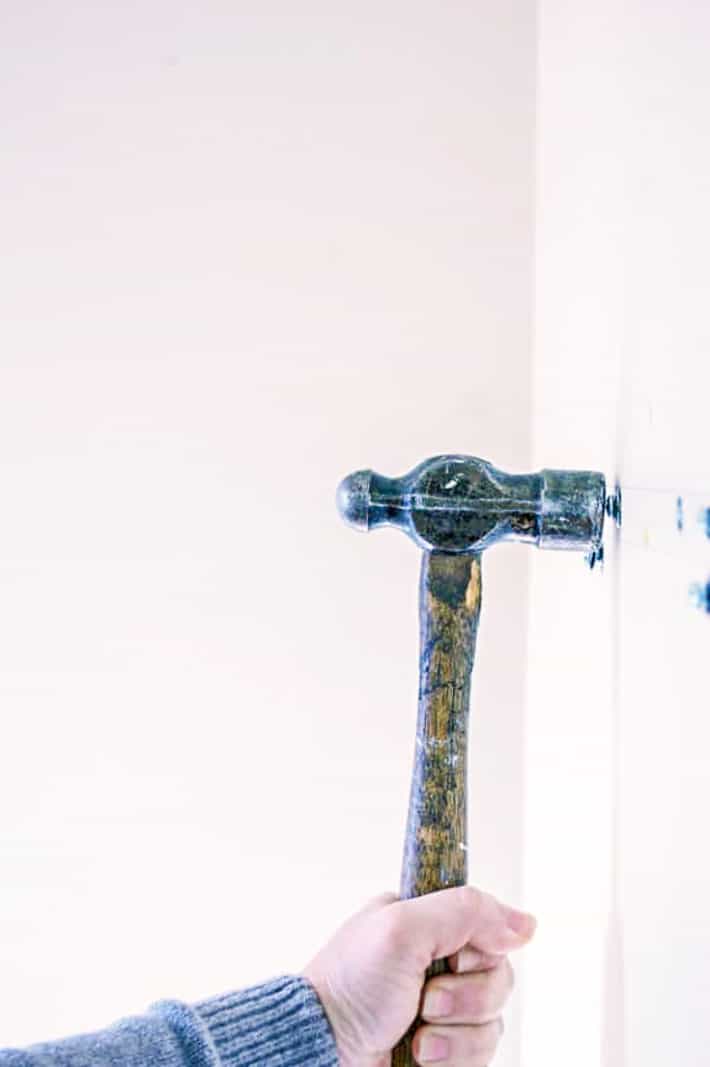 If you look back up at the first picture I showed you you'll see that there's tiny teeth under the flat edge of the anchor. These will grip into the outside of the drywall so make sure you hammer it in good. 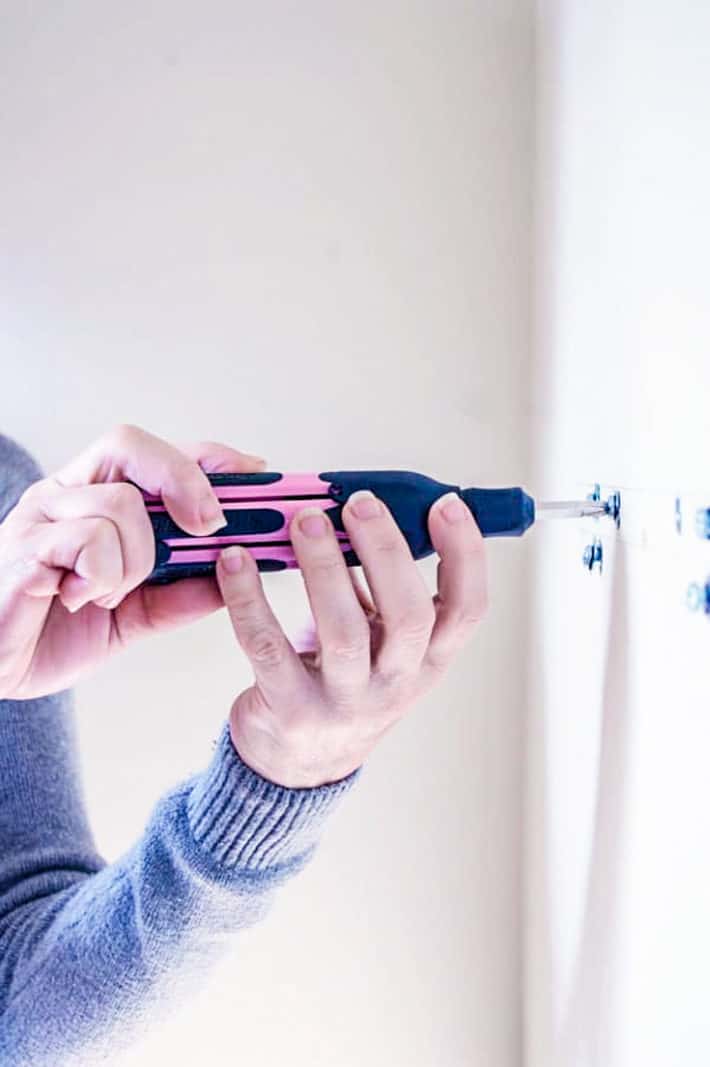 3. Now you get your screwdriver and start screwing the screw in. I know it looks like it's already in (and it is) but what you're doing at this moment is creating Hollow Wall Anchor magic. 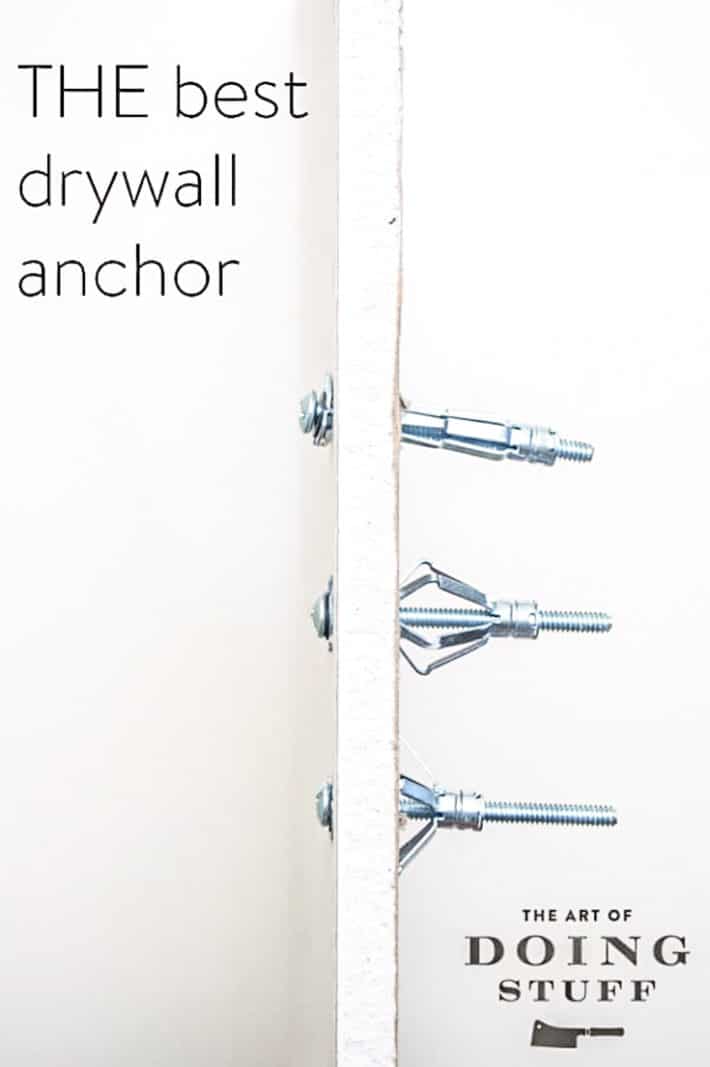 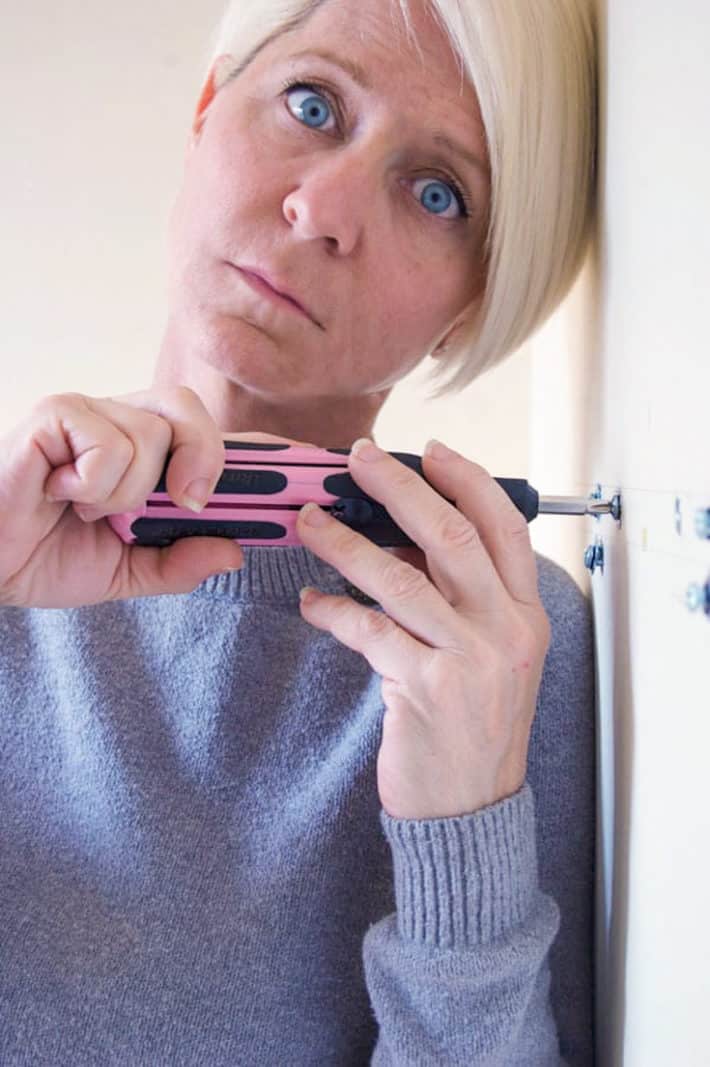 4. Once you've screwed it in to the point that you feel the resistance of the flange (I'm not really sure that's the right word to be using) against the back of the drywall you can start unscrewing the screw. Again. Totally boring.

I recommend doing it by hand though and not with a drill because you don't have enough control over the drill and if you screw your Hollow Wall Anchor in too tightly you could end up squishing your drywall and ruining it. Just do it by hand. Super exercise for your wrist anyway which will come in handy the next time you slap someone. 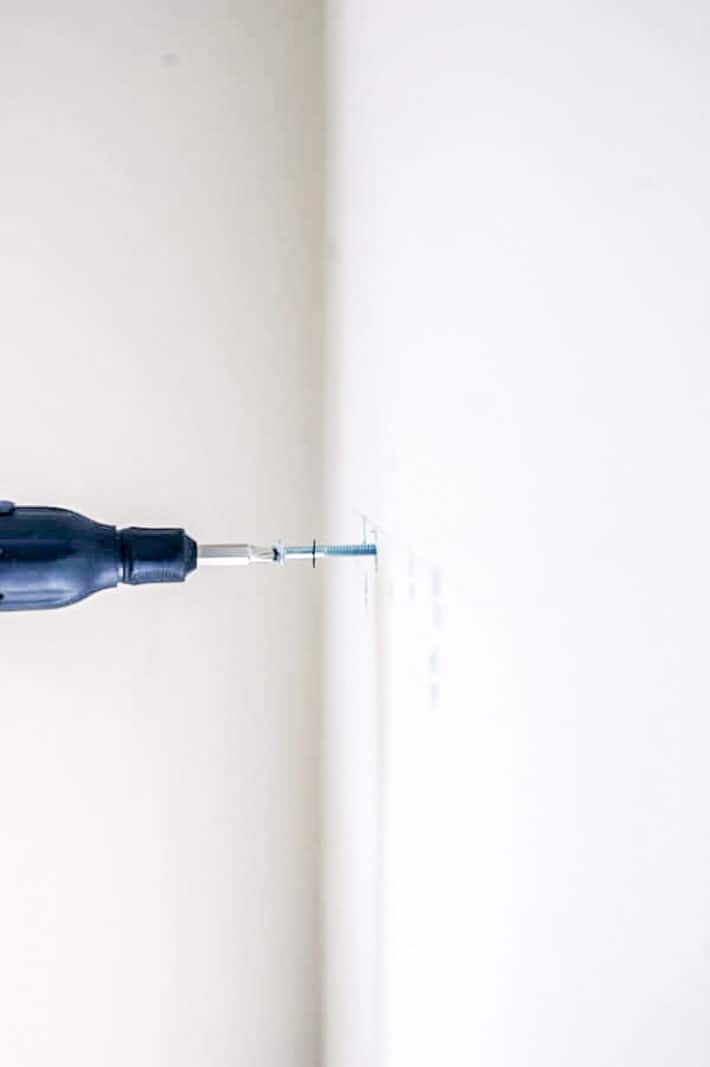 And don't worry. Undoing the screw doesn't do anything to the flange. It stays rock solid. That baby's in your wall for good now.

Seriously. To remove a hollow wall anchor you have to just hammer it into the wall and fill the hole it leaves with drywall compound. Yes. I know. That's scared you even more. Calm down. Remember? I showed you how to fix a hole in drywall. It's easy. 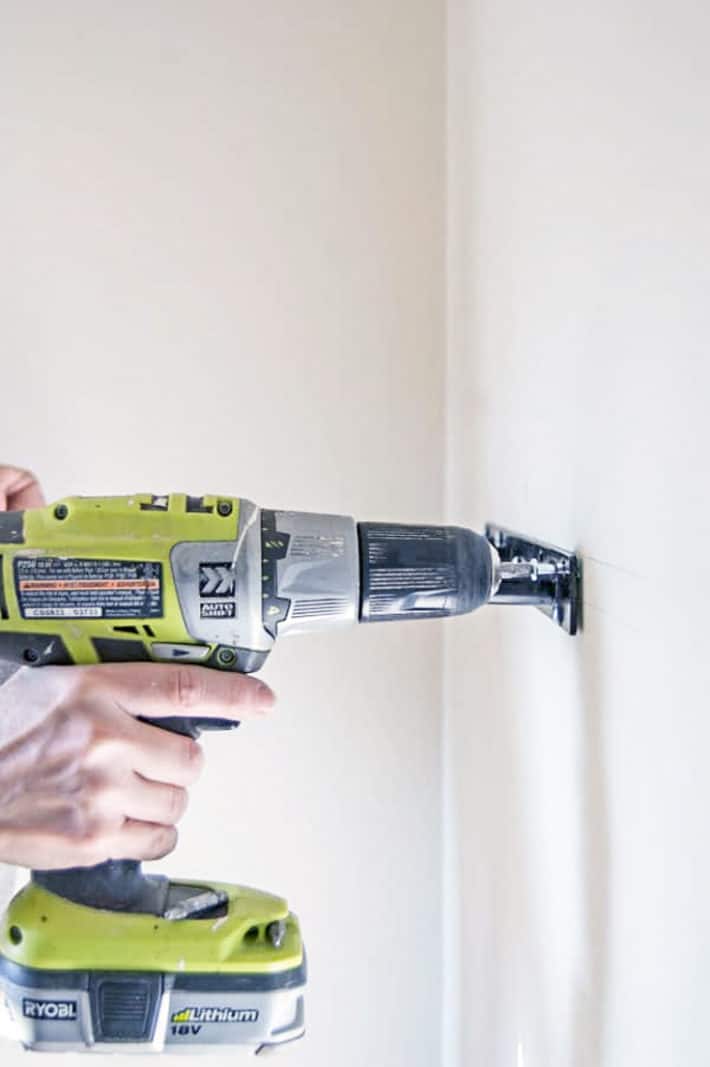 If you use either the threaded anchor or the molly bolt you'll do just fine. They can easily hold 50 pounds.

If you want to hang something a very large, heavy picture or mirror these no stud picture hangers are the absolute BEST. They are hooks and specifically for hanging mirrors or heavy artwork and I've used 2 of them to hang the life sized portrait you see in this post. Each of these hooks  will support 200  pounds.

You're still scared. You don't think you can do this. It seems ... scary and you're pretty sure you're never going to need to hang anything on your walls. Ever.

You say that now, but one day you'll be driving around the countryside, hit a cow by accident and need to hang it. Now you know how to do it and what to use. 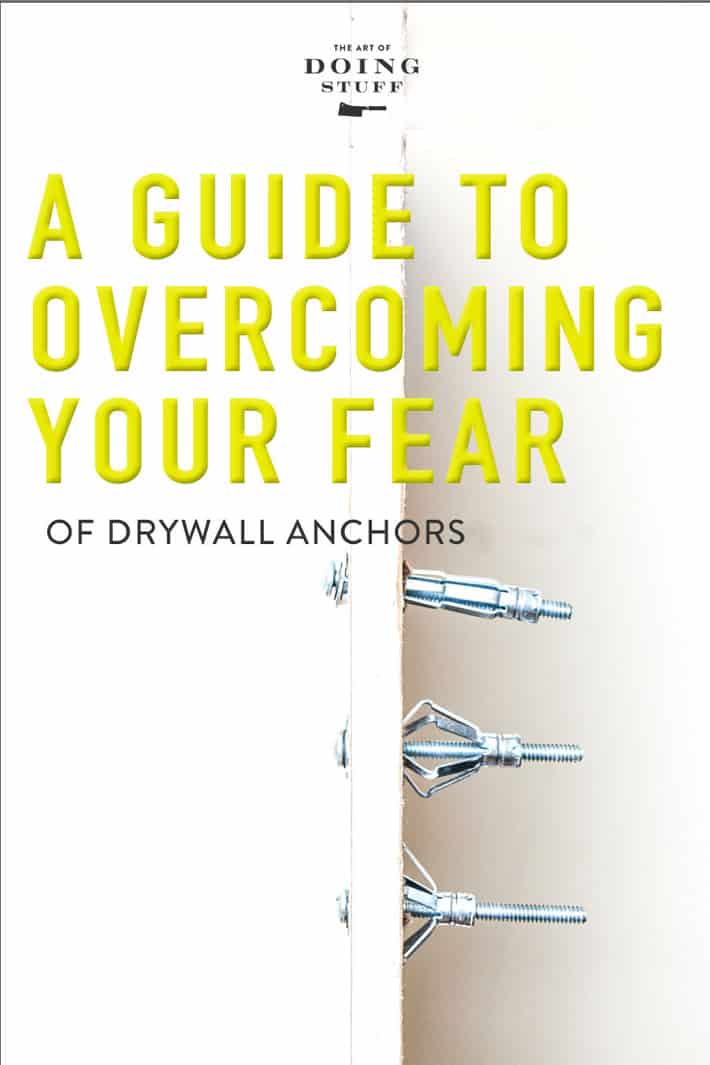