THE LIFE AND DEATH STORY OF CUDDLES 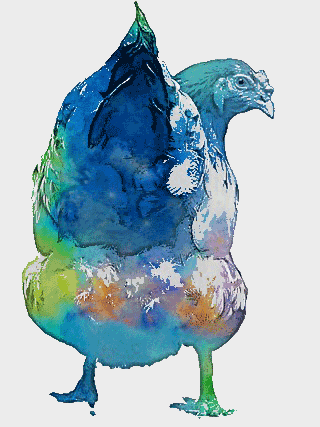 Where I come in my back door there’s a small dresser with a few things on top of it. It’s just a little shoe closet from Ikea but it’s handy for putting things down on.  On top of it  there’s always a small lamp, a pair of mittens or gardening gloves, depending on the season, and a bowl filled with black oil sunflower seeds for the chickens. Every time I go out the back door, I grab a handful and throw them into the chicken run.

The last week of December, just before Christmas I knew something wasn’t right with Cuddles when she refused to eat them.  I didn’t get too upset because I’d nursed this little chicken back from the brink more than once.  More than twice.  So many times in fact that I’d stopped getting frantic when I saw she was sick because I knew with some antibiotics and syringe feeding for a few days she’d get better .

The last week in December, Cuddles didn’t get better.

I got her 5 years ago from a long gone boyfriend who decided to surprise me with a box full of day old chicks on Easter morning. Obviously he isn’t gone because of his inferior present buying skills. He was astonishingly good in that department. He even had the foresight to supply me with the one thing that would get me through his walking out the door one day. Cuddles.

She was the second smallest chicken in the box of 6 chicks, and even when she was fully grown she was still a lot smaller than the other chickens. I don’t know how much experience you have with chicks but they’re about as cute a thing as God ever made if you believe in that sort of thing.  If not, … she was as cute a thing as Disney could ever make.   Well this one chicken, the second smallest one as I said, took it upon herself to love me like her mama.  She followed me around, clucked to be picked up and sat quietly and contentedly on my lap for as long as I could stand to sit there knowing there were about a billion things to be done around the house.

So when the fella left, she’s what saved me.  Not a therapist, not pills, not crying.  Cuddles. A little brown chicken.  I sat for hours with her relaxed in my lap, her wing stretched down so I could rub the feathers under there.  She’d settle in letting her eyes close, perfectly happy to keep me company until I decided it was time to tackle the world again.

I’d like to say it’s because I’m special.  Because I have some sort of other worldly chicken intuition but the truth is, it was her.  That little chicken liked everyone.  She settled into the tiny laps of kids from around the neighbourhood happily letting them inspect every inch of her, usually the first real livestock they’d ever been close to.  She sat in the lap of a neighbour whose husband had just died and made her laugh.

She wasn’t named Cuddles for nothin’.

Closing the door to the cold behind us, I laid Cuddles down in the makeshift coop I’d created for her in my mudroom.  She wasn’t well.    She’d been living in the mudroom for 3 days so I could constantly check on her and keep her body temperature up.  I wondered if she wouldn’t be happier inside the regular coop with her friends, so that afternoon I had placed her back outside with them.  It was cold that night and she didn’t have the energy to even jump up on her roost so I brought her back in.

I put a small heater in the mudroom, covered the floor with towels to warm it up a bit and made a little nesting box out of some straw and an old wood butter box.  I got her all fed and warmed up then gave her another syringe of antibiotics.  I tucked a bit more straw into her nesting box, put Cuddles inside, gave her a little kiss on the head and told her it was O.K.  She could go.

I knew when I woke up she’d be gone.

I didn’t sleep most of the night and when I finally gave up and came padding downstairs at around 6 in the morning she lifted her head up and looked right at me.

I’ll take this moment to confess that I hoped all night long that Cuddles would die.  That I’d wake up and it would be over.  My stress, her misery … all of it.  You can judge me if you want but I could not, under any circumstances kill her myself.  I just couldn’t do it. I couldn’t have chopped her head off any more than I could have chopped my own mother’s head off.

I picked Cuddles up, gave her a bit of food and some water which she ate on her own, and brought her into the living room with me where I sat with her for the morning.

At 12:30 that afternoon I called a local vet.  I may not have been able to do it, but it had to be done.  I scheduled an appointment to have her euthanized.

I was to bring her in at 6:00 p.m. that Friday night just as the vet’s office was closing.

These had been really tiring, stressful days filled with trying to keep her alive, Christmas planning and the general freak show that is the holiday season.    When I called the vet’s office at 5 o’clock to make sure the vet who was putting Cuddles down was back from his house calls the receptionist (who I’d had really unfortunate dealings with earlier in the day) said, Oh No.  He’s not here.   I don’t think he’s coming back.  I explained that I had an appointment to have my pet put down.  He was coming back to the office especially for me.  She sympathetically said “I dunno.  I don’t think he’s coming back though.  Maybe he can see you on Monday.“.  I very unpolitely asked if maybe she could CALL THE MAN AND FIND OUT????  This particular receptionist didn’t seem all that concerned that I had a dying animal in my lap and  I’m not sure what her true vocation in life is but I can tell you right now it isn’t being a receptionist at an animal hospital.  I seriously doubt if she has the common sense to plant peanuts for a living.

At 10 minutes to 6 o’clock I finally called back when I never heard from the receptionist again. “Yeah, no he’s not coming back, she said.  You’ll have to reschedule for Monday.”  I asked once again if she’d actually spoken to him and got some sort of non answer from her at which point I told her she was an idiot and hung up on her.  I also swore. And I’d do it all over again.  She was an idiot who made an already horrible situation almost unbearably worse.

It was Friday night at 6 o’clock.  No other vet would even be open.  And even if they were, finding a vet who would be willing to put a chicken down was never going to happen.  Putting anything avian down is very different than a dog or cat.  It’s harder.

Cuddles was going to have to struggle on her own until Monday, looking up at me like I could do something about it, and me knowing I could  … but just didn’t have it in me to do it.

Then it hit me.  That vet that gave me a bit of advice about Cuddles before.  He was actually a cat vet but he’s a poultry judge who has chickens himself, and he worked part time at a Cat Clinic not far from where I live.

I looked up the number and called right away.  The receptionist answered and told me yes, Dr. Camilleri was working that day but they were closed.  I explained the situation to her.  I blurted out everything about Cuddles and how I knew it seemed stupid because she was a chicken but she was a pet an she was suffering and another vet had just cancelled on me and I’d been trying to help her for days and she just needed help otherwise she’d be like this all wekeend.  Then she said, You know what? Let me call you back in a minute.

Dr. Camilleri told me to come up right away.  He understood and he wouldn’t go anywhere until I got there with Cuddles.  I picked Cuddles up in her butter box and walked her out to the car.  It was dark by now and everything is worse in the dark but I felt more relieved than I had in days.

With one act of selflessness, one act of kindness this man who I’d never met, turned my day completely around.

It took about 12 minutes to get to the clinic.  I carried Cuddles inside, and walked her up to the reception desk, apologizing for looking like such a mess and for making them stay late.  The receptionist couldn’t have been nicer or more sympathetic.

Dr. Camilleri came out and said what a beautiful bird Cuddles was and examined her a bit.  He felt here and there, looking for fluid build up and feeling her breastbone to see how thin she was.  After looking at her he let me know I was doing the best thing for her.

We took her into the examination room and he looked at her a bit more while I held her. He explained what he was going to do and how putting a chicken to sleep is a bit trickier but he’d make sure it wasn’t stressful for her.  The Dr. took her out of the room to give her a sedative to keep her calm and get rid of any anxiety she would be feeling.

When he came back with her, Cuddle’s eyelids were starting to close, the way they did when she relaxed into my lap.

Once she was close to being asleep Dr. Camilleri took a tiny needle and pierced her skin.

Not long after that Cuddles was gone.

I had Cuddles cremated and had the ashes returned to me in an urn.  She’s the first pet I’ve ever done that with.

The day I brought her ashes home I was cleaning up the mudroom a little bit. A good cleaning because it had snowed and there was mud in the mudroom of all things.

As I bent down to wipe under that little dresser with the bowl of sunflower seeds on it I found a single brown feather.  A tiny, little downy feather from Cuddles’ last night with me.

I picked it up, walked into the next room and tucked the feather into the ribbon that wraps around her urn.  It sticks out just behind a miniscule little wood plaque that reads “Cuddles”.

It doesn’t make up for what he did, but … Dr. Camilleri publishes a magazine for poultry lovers, showers and breeders.

To subscribe to the magazine, email Dr. Camilleri directly. 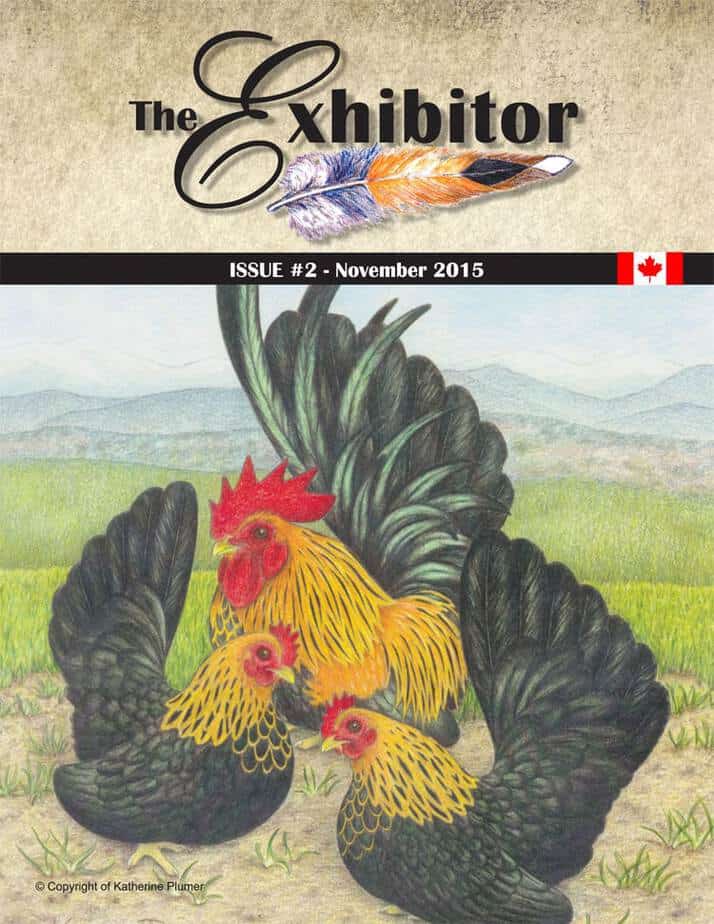