Grab your yarn and two sided tape, it's time to make the MASSIVE spider web of your Halloween decorating dreams. Or nightmares I supposed in this case. 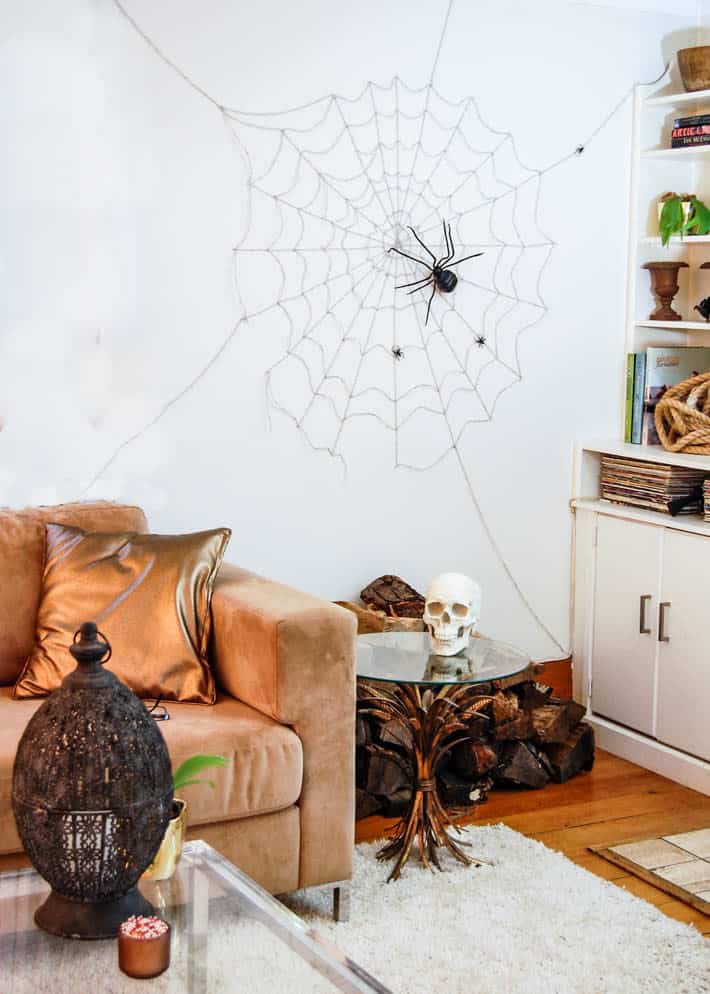 I did this MASSIVE Halloween spider web years ago and it's still one of my favourite Halloween DIYs even though it doesn't feature my all time favourite creepy dolls or black feathers.  I like it because it's cheap, it's easy and bigger is always better unless you're talking about bunions or bills. 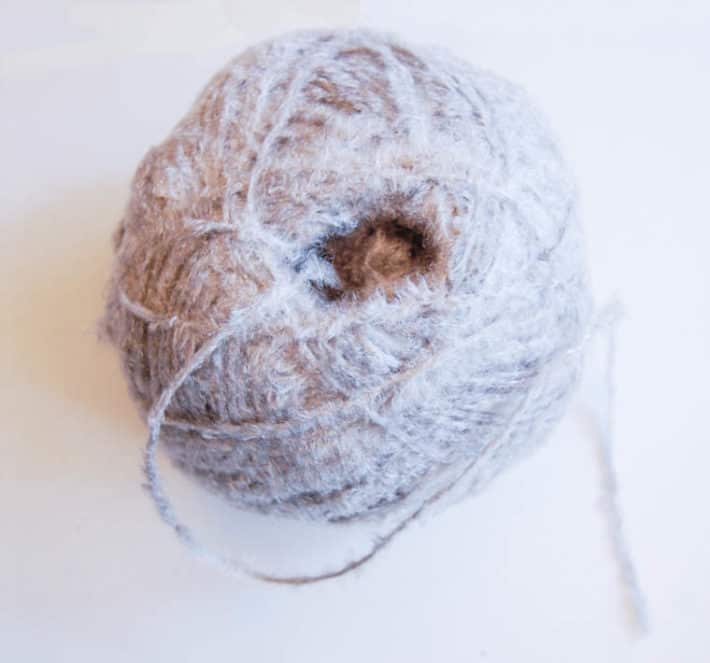 All you need is some yarn and some two way tape.  Just the cheap stuff from the Dollar Store. You don't want anything that'll stick to your walls indefinitely unless you have a real affinity for spider webs.  Spiderwebs?  I really have no idea which is the right way to spell it. 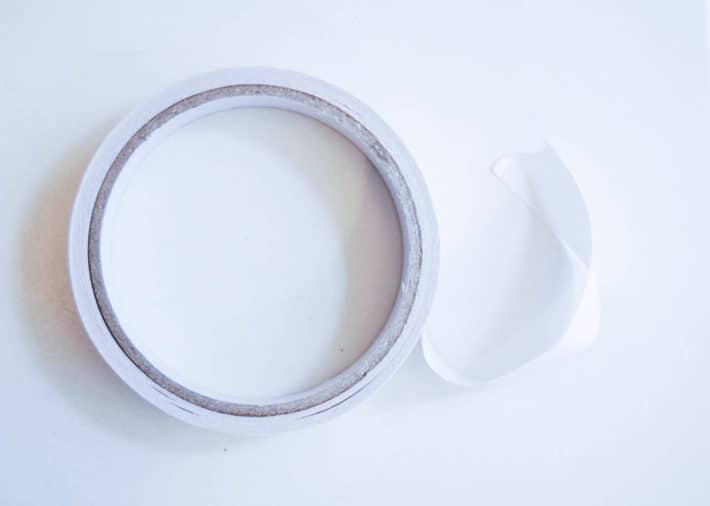 Now, I said this is cheap and easy, which it is, but it does take a bit of time so grab a pot of coffee, bottle of wine or a bucket of chicken and start sticking. 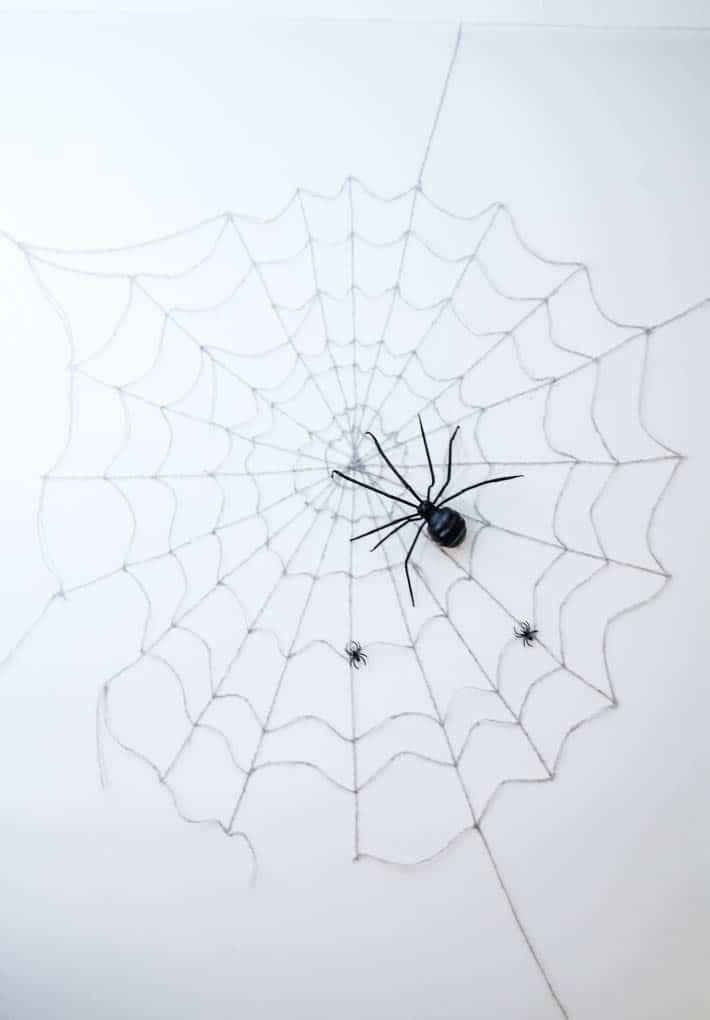 How to Make a Halloween Spider Web

A spider web consists of a series of straight lines, joined by loose circles.  Let's get those straight lines done while you're either a) still sober or b) not so filled with fat and crispy skin that you're dizzy with nausea. 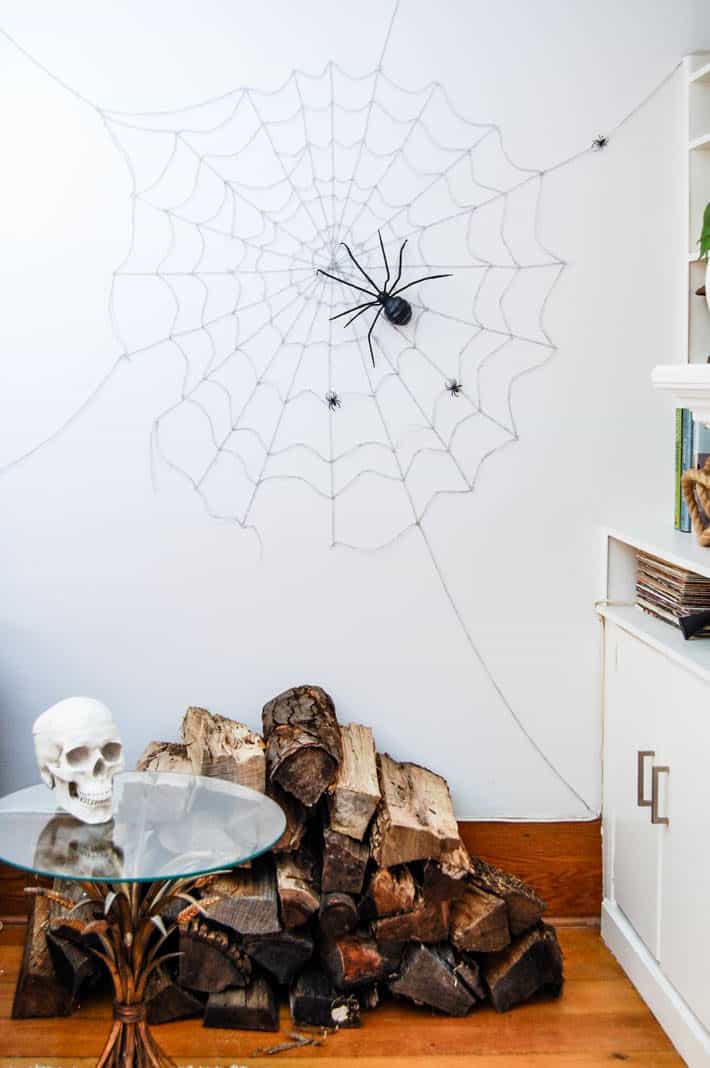 Rather impressive for about $2 isn't it?

$1 for the yarn at the Dollar Store, $1 for the two way tape.  A cheap Halloween DIY doesn't have to look cheap.  It can look GRAND and impressive.  If you need to go out and buy the spiders, that'll set you back another dollar or two.  I know, I'm sorry.  I should really try to keep these crafts within everyone's budget, but sometimes you just have to go for it.  Ya know?  The addition of the spiders will bring the running total for this up to about $4.

If you're out of money, out of ideas or out of time this little Halloween project will make a rather large, rather impressive decoration. Rather nicer than a bunion. 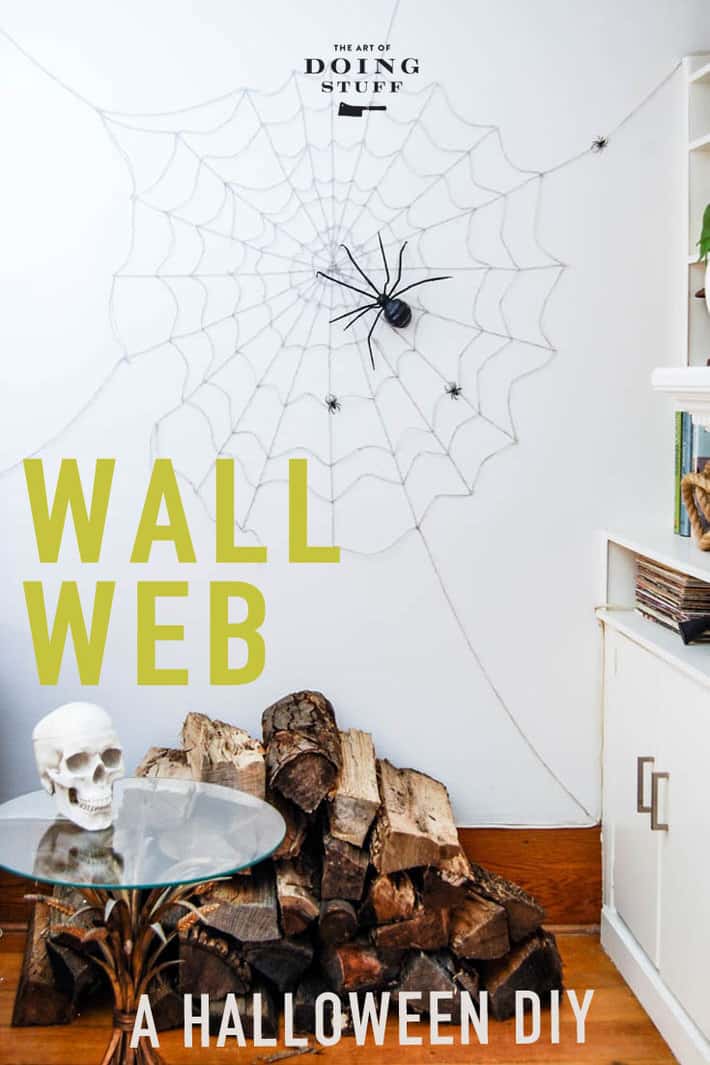