Yesterday I told you all about the new breed of chicks I got, now today you get to see for yourself that they do indeed exist (in case the video didn’t convince you).

I won’t be naming the chicks until they’ve developed a bit of a personality.  If I were a parent I would wait until my child was the age of 5 before I named them.  Until that point I’d call them Whiskerbuttons and carry them around in a bowling bag.

Here they are … my new chicks. 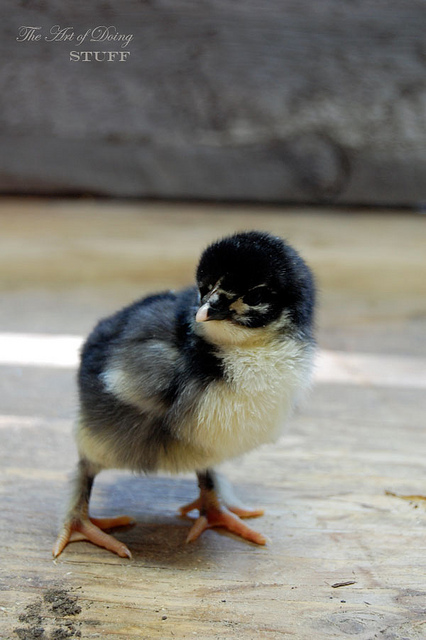 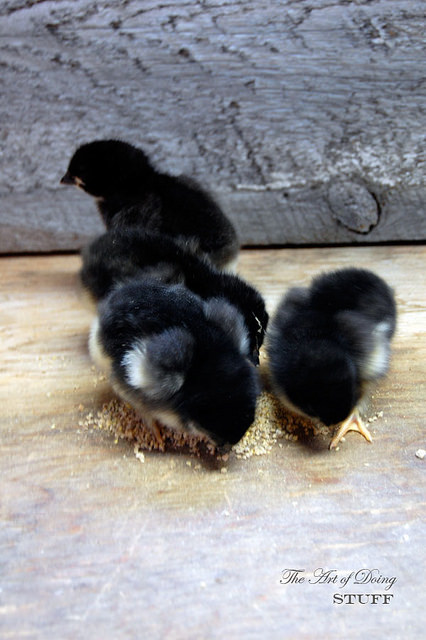 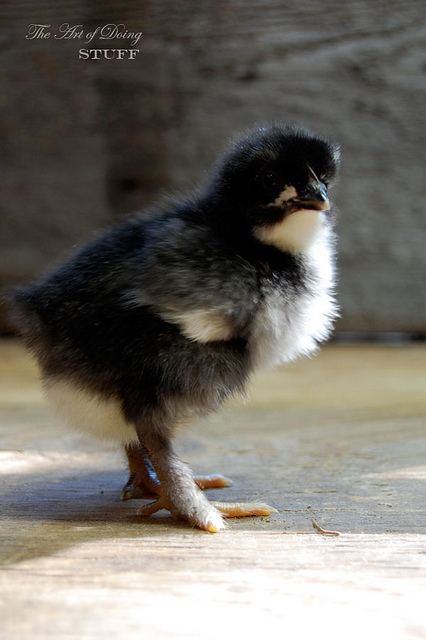 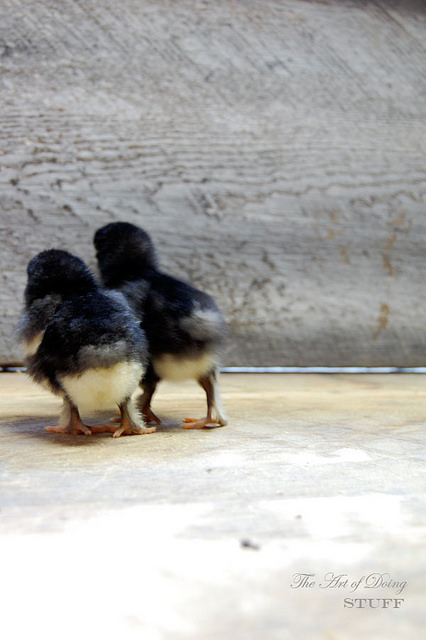 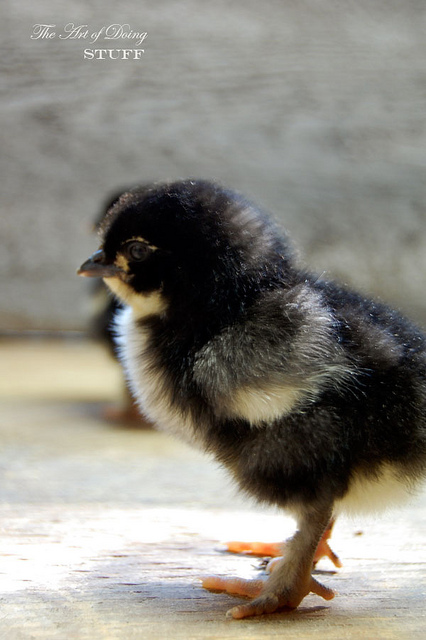 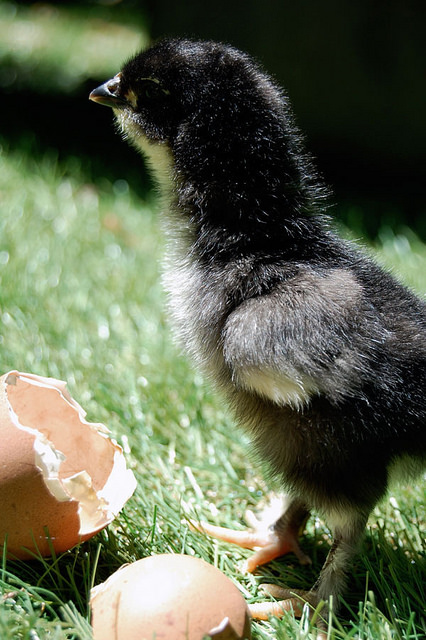 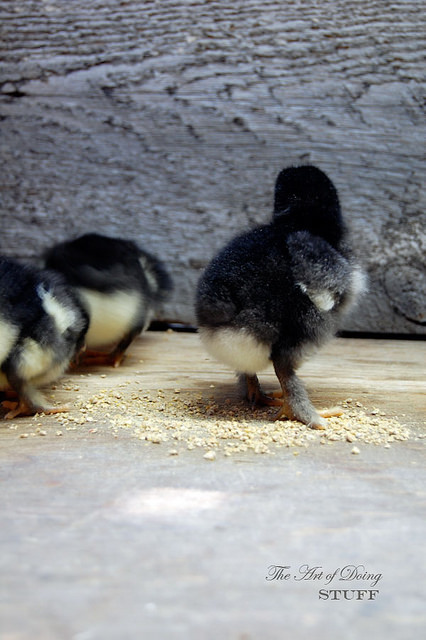 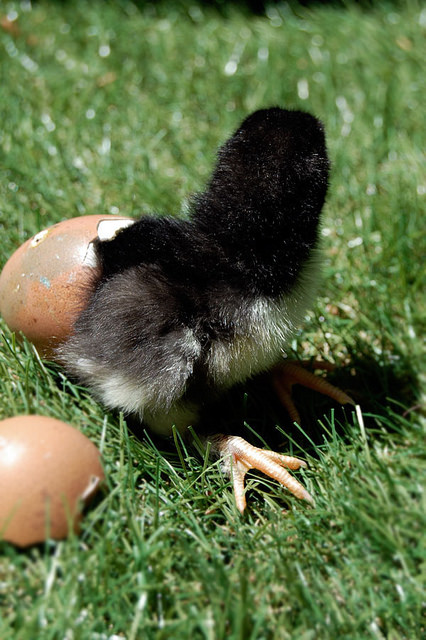 That’s the actual shell this chick hatched out of.  We recreated the moment for you through the magic of photography and a particularly slow afternoon. 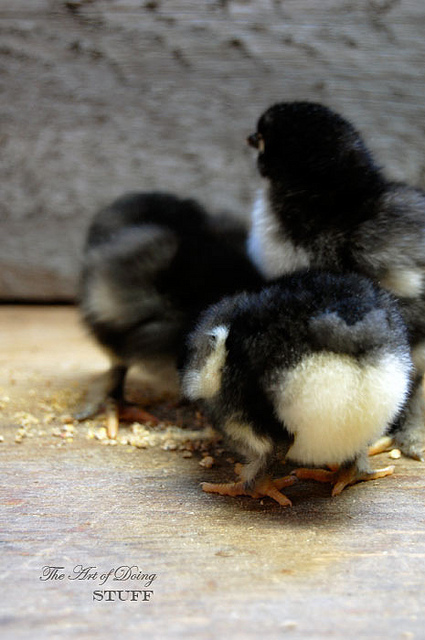 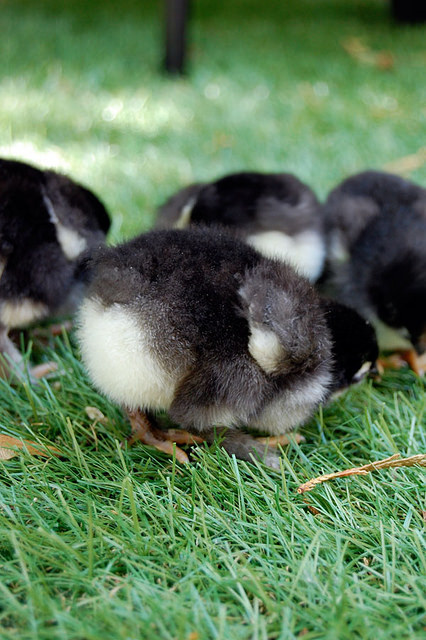 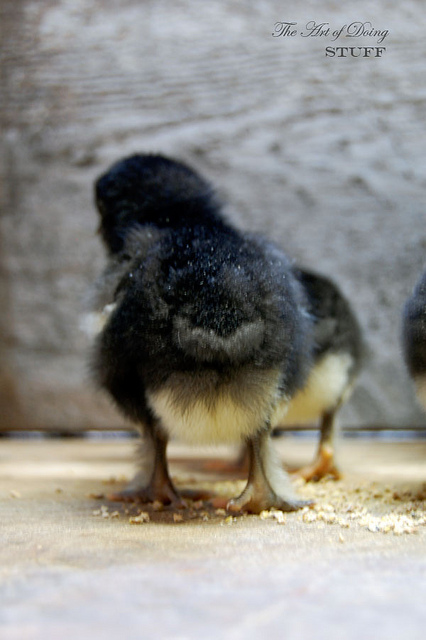 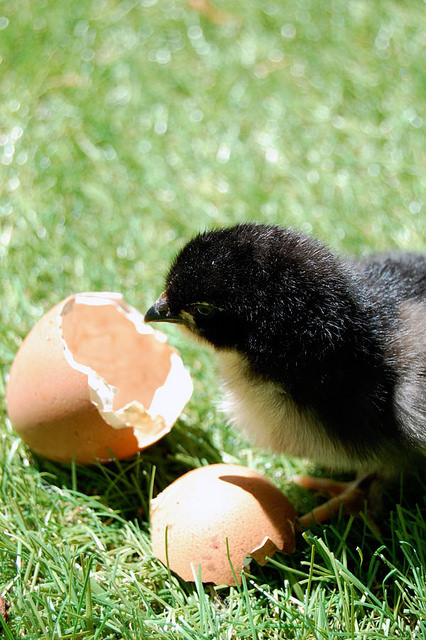 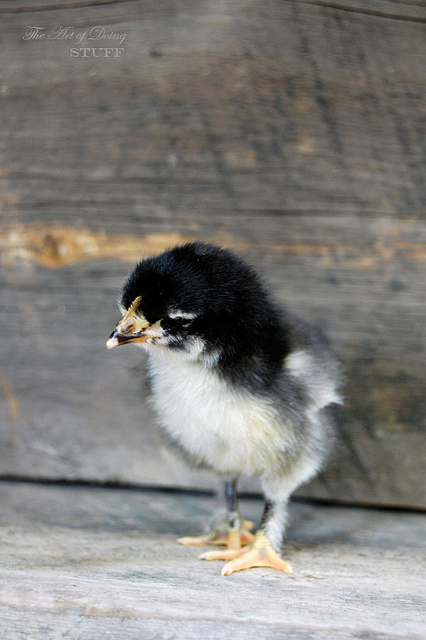 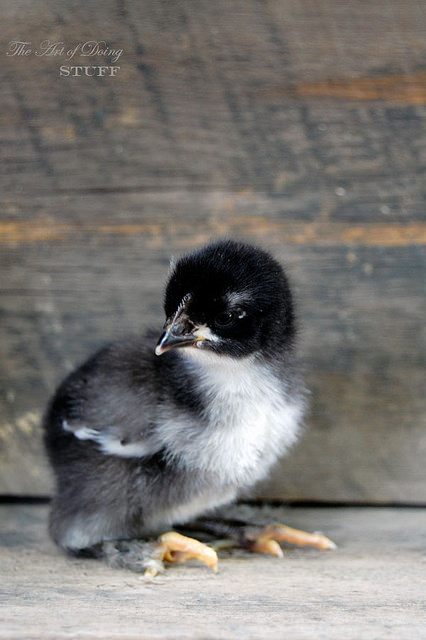 I have high hopes that this one is a gal. Rumour has it that the boy Marans get their tail feathers more slowly than the hens. And this one started sprouting tail feathers almost immediately out of the shell. That would mean I have at least one girl in this group of 4. 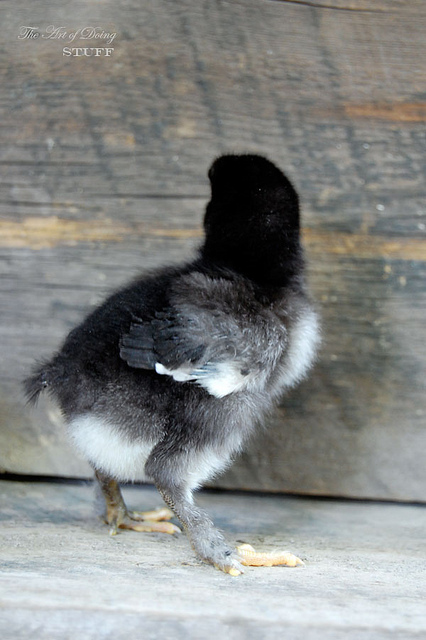 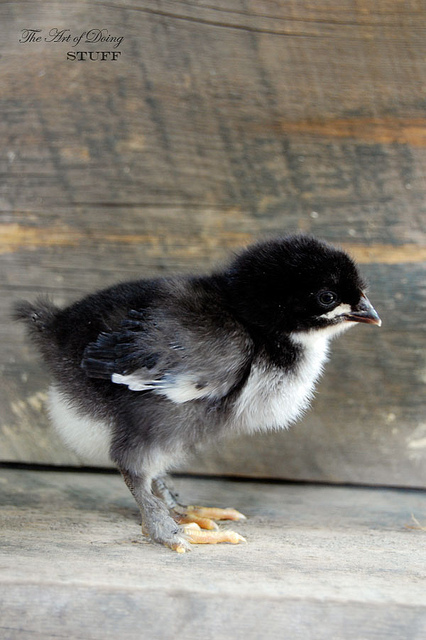 Below you can see the actual shells my chicks hatched out of. The woman I bought the chicks from gave them to me. So I can expect my chickens to lay this colour egg or darker, or lighter. It’s a crapshoot really.

These eggs came from the middle of her hens’ laying cycle which means they’re lighter than they are at the beginning of the laying cycle. They’re a fairly dark egg and because the rooster also came from a dark egg, chances are I too well get nice dark eggs. 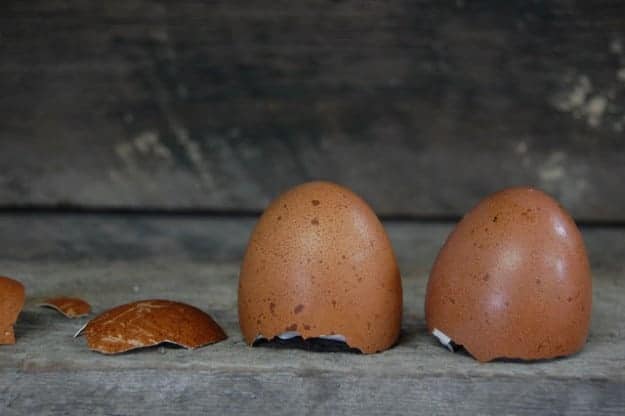 You can see the brown egg that I normally get from my one brown egg layer (Walnut). It’s more pink than brown really. 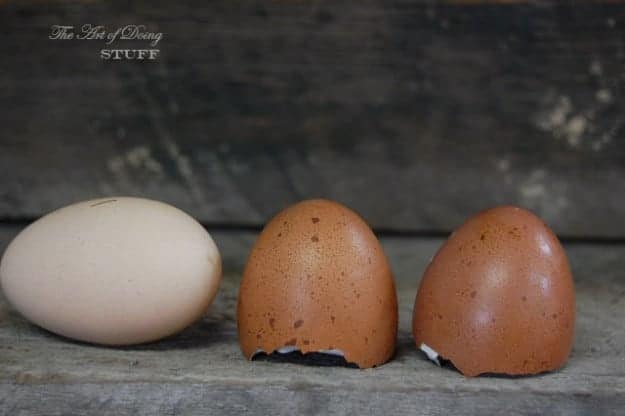 So once I get to add the Marans eggs into the mix in 6 or 7 months I will have a mixture of eggs that look like this. 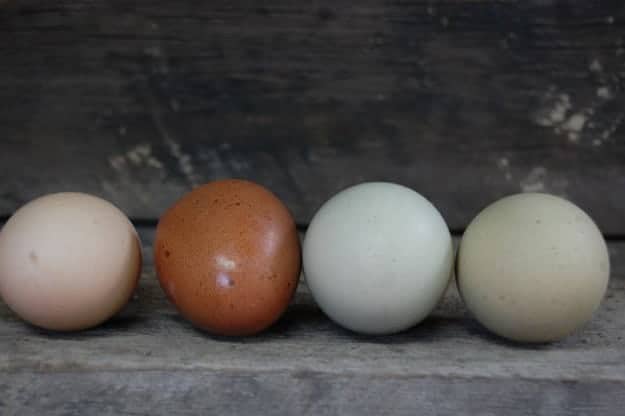 From left to right these eggs come from Walnut, (my soon to be Marans), Cuddles and Cheez Whiz. You can see how the Marans egg is shiny compared to the other, more flat looking eggs. 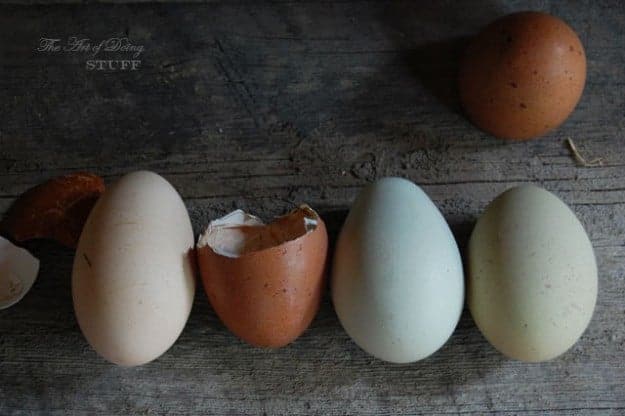 That’s it for the chicken coverage for this week, but I’ll of course be posting photos, videos and updates in the weeks to come.

If I have time that is. Watching baby chicks romp and sleep is awfully time consuming.