I'd show you a picture of them but they look like pretty much anything else in a cardboard box.

So NOW the work begins. Oh my God. I can't believe I just said "the work begins".  The work has been going on since about last April.  That's when this whole ridiculous fiasco began.  With me deciding, pretty much on a whim, that I was going to rip up my kitchen floor and install radiant heating and  composite tiles.

The kitchen has been a mess since then. And so have my nails.

Even though the cabinets are here, I'm not ready to have them installed yet. I want to wait until the sink, stove and fridge are here, plus I still need to rip out the rest of the old kitchen, repair the floor and paint and repair the walls.

I couldn't do any of that until I knew when the cabinets were coming. And, as is often the case with renovating, I had no idea when they were coming until the delivery people called to tell me they were on their way.

One of the walls I need to paint and repair is this brick wall. 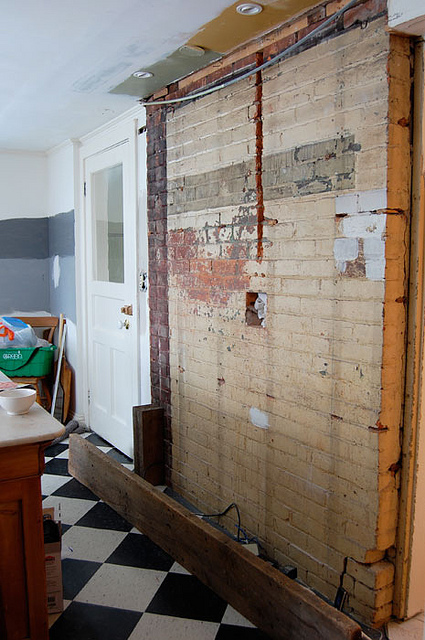 It's only the slightest bit of a mess. Compared to say,  a port-a-potty beside a Mexican restaurant beside a construction site, it's positively pristine.   I found the brick wall behind my old pantry. Well, behind the drywall that was behind the pantry actually. If you missed it, I highly suggest you watch the video of my mother Betty ripping out the drywall in her Fitflops.

My house was built around 1840 (I wish I knew the exact date and everyone who lived here and all that stuff, but I don't), and every 50 years  or so someone puts on a little addition.  Because of that the house has several brick walls inside, all which were the home's exterior wall at some point.

When we first unearthed, or unsheetrocked I suppose, the wall I was hoping I could maybe strip it and leave the brick.  It's partly painted, partly stained and has big chunks of missing bricks.  All the better to hide a body in I suppose.  Or body parts at least.

After further consideration and consultation with my psychic, my social worker, letter carrier, neighbour, plumber, counsellor, councillor and cats, I've decided to paint the wall white.  It will go better with the Scandinavian feel I'm going for AND it'll be easier.  Pretty much everyone agreed, except the cats, but they're assholes. 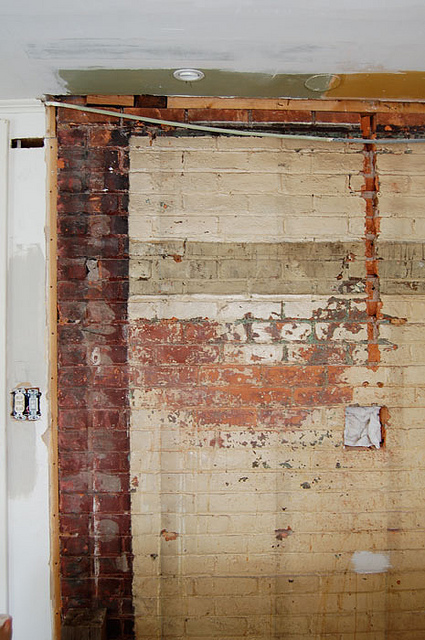 My interior designer Carol Reed and my sister with the pink suede tool belt are walking me through the disaster of the brick wall.

Carol sent me these inspiration photos of a variety of painted brick wall finishes.  Because there's more than one way to piss off a cat. 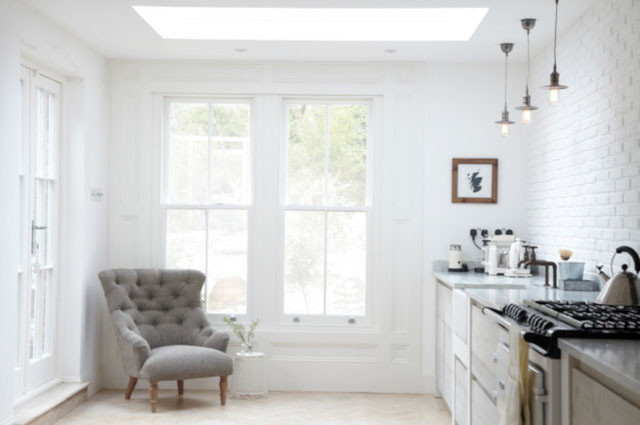 This wall is straight up, painted white. No distressing, no whitewashing. Just a beautiful, clean, white, brick wall. 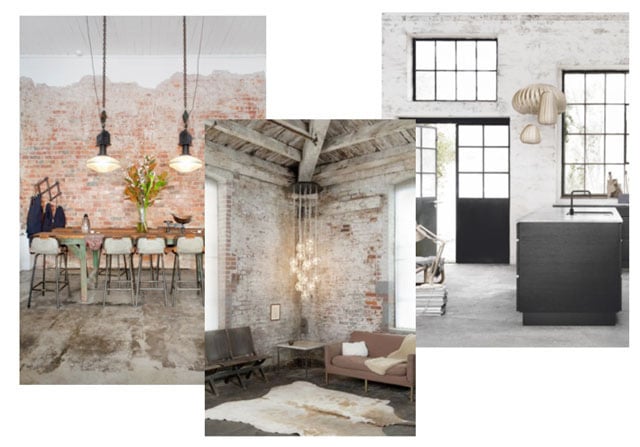 And here, ladies and gentlemen, we have various brick walls in various stages of distress.  I really, really love the middle one, but again, it isn't quite right for the space I'm envisioning. "The space I'm envisioning" Hah!  I sound like a snot.  The point is, I want it a little cleaner looking, something closer to the wall on the right.  That wall looks fairly solid with a bit of shading and shadowing which looks very natural and authentic. 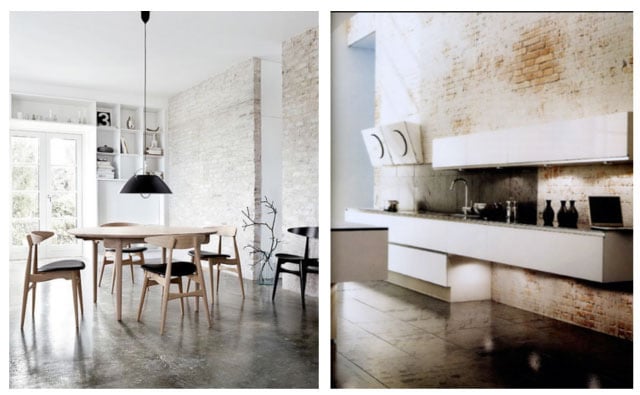 Pin
The wall on the right here is nice, but it's completely whitewashed and I can't really do that without stripping my entire brick wall.  The one on the left looks pretty good though. 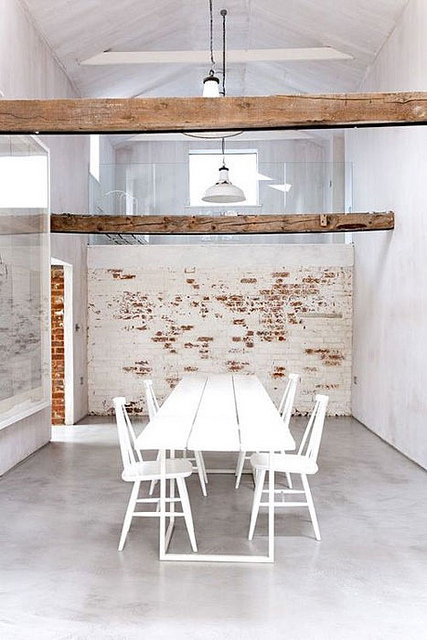 The cats liked it.  They really are assholes.

The other problem I have to figure out is the big mess at the top of the wall where the bricks hit the ceiling. Or rather don't hit the ceiling.  There's about a 4" strip between the bricks and the ceiling that's just a mishmash of wood.  The crown moulding I have right now is no longer available so I have to figure out a way to disguise the wood near the ceiling or replace ALL of my crown moulding.  Which I will fight doing tooth and nail.  My sister with the pink tool belt came up with a partially ingenious, partially insane solution.  I'm going to try it and if it works, I'll let you know.

So tonight and tomorrow I'll be tackling the brick wall with a can of paint and a paintbrush.  I have a little bit of a plan in my head about how I'm going to go about it and how I want it to look, but for the most part I'll just start painting and figure it out as I go.

And when I'm finished no one will be able to see my thinking process.  I think.