My mother, Betty, was my sole guest for Thanksgiving dinner last Sunday.  This is the story of how that dinner went. It begins with a black and brown dog. 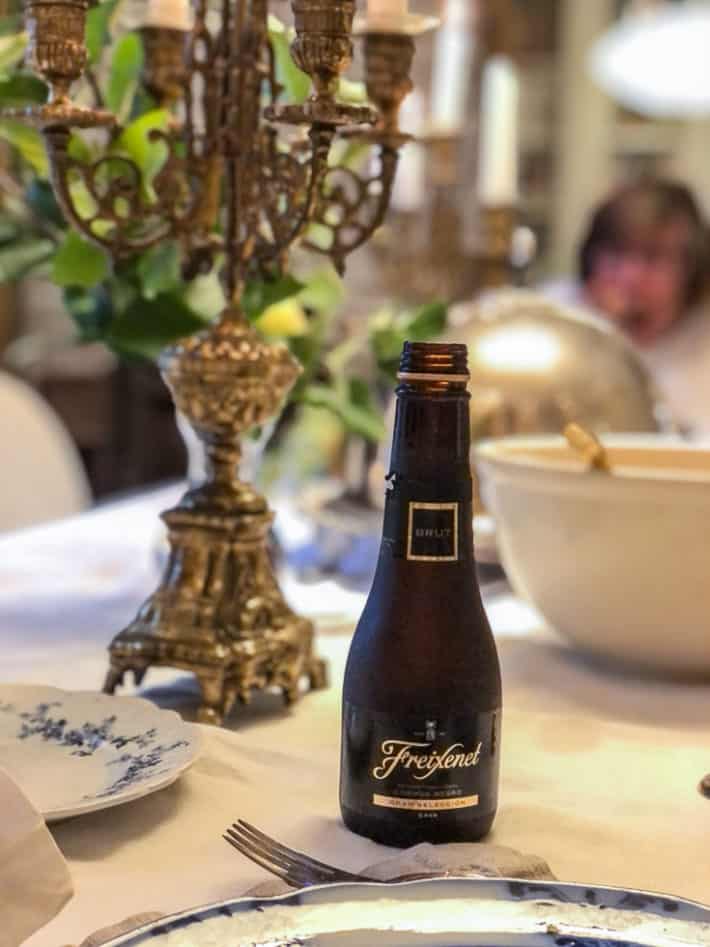 "Black and brown dogs are the best because they don't look anemic!" This statement was proclaimed by Betty after drinking one half of a ⅛th bottle of champagne.

I'm gonna say the bottle, that I've had in my refrigerator since last Christmas, was about 4" high.  We split it. This resulted in Betty shouting across my living room for me to STOP CHUGGING IT. Chugging? It was an inch of champagne in a glass. It would have been just as ridiculous if she'd told me to stop chugging my saliva.

Betty was harkening back to the day before when she saw a neighbour walking their black and brown dog down the street. She saw it, she liked it, and just like that they've been cemented as the best looking dogs in the world. We didn't get into whether the actual breed of the dog had anything to do with it because just after the declaration she asked when dinner would be ready.

I normally  have anywhere from 10-14 people for Thanksgiving dinner depending on who happens to be dating or married at the moment. I've had years when the table is so full that I had to quietly eat by myself on the kitchen floor. Only not quietly, more like screaming from the kitchen "Do you all realize I'm in here alone eating on the kitchen floor like a dog or a wombat???!!!"

Wombat's don't eat on kitchen floors, but normally neither do I which make us the same. 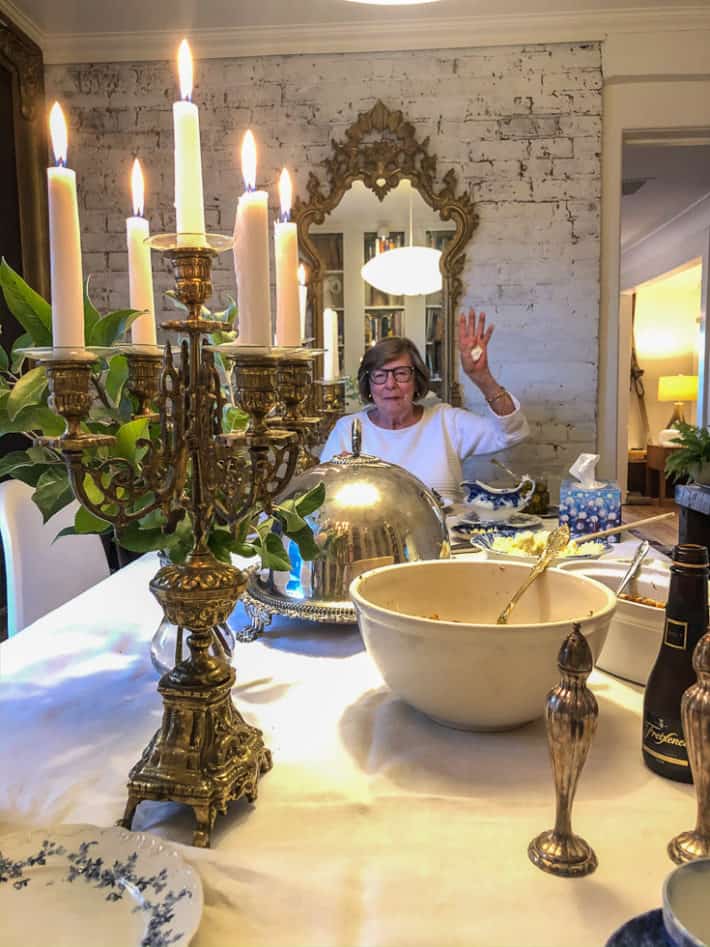 This year it was myself and Betty. And that's it. Because of the Ick in the air you understand.  That's also why I placed us across from each other at my 7' dining room table. And yes I did set the table nicely and made all the necessary and unnecessary foods. The cardboard box of Kleenex next to the flow blue is something the Vanderbilts popularized.

Overcooked turkey (just to be safe according to Betty), stuffing, gravy, mashed potatoes, turnip (Betty made the turnip - she always does), and even sweet potato casserole which I have NEVER made before. It's a disgusting concoction of sweet potatoes, brown sugar, cinnamon and pecans all topped with mini marshmallows. Don't even try it, you'd hate it.

The rest of my family gathered in smaller groups as well.  One of their events involved a dog, a skunk and screaming kids. So Betty forcing me to cook the turkey until it resembled something I pulled out of a dehydrator was the better situation to be in I think.

We also started with salad which we never do when there's a big group of us. 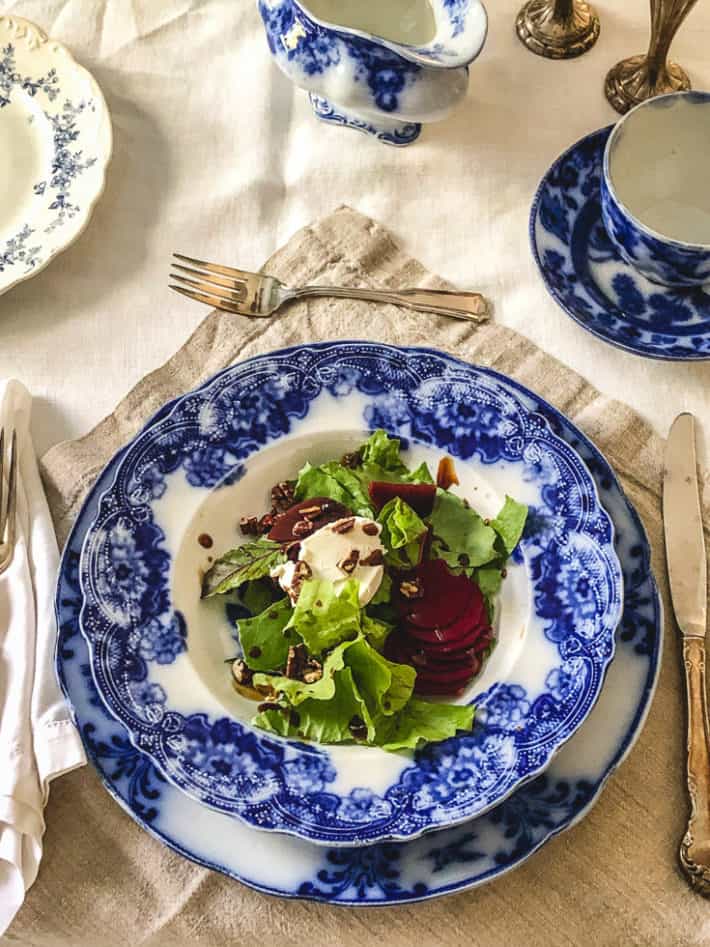 After all the food neither one of us could even fathom eating any of the pumpkin pie for dessert. Wiping sweat from our brows and cautiously burping, we threw our napkins down and declared NO. No more foo ..."

Before she could finish the sentence, Betty must have made some sort of internal calculation based on her stomach size, ability to suppress vomiting and desire for pumpkin pie. Because instead of ending with "no more food", her sentence ended with "no more foo ... give me a little piece. No not that little. That's barely even a piece of pie! Cut another one that size and give me both. Where's the whipped cream. That's not enough. Don't be ridiculous, give me can, I'll spray it on myself if you're going to insist on being so cheap with the whipped cream. Do you have ice cream?" 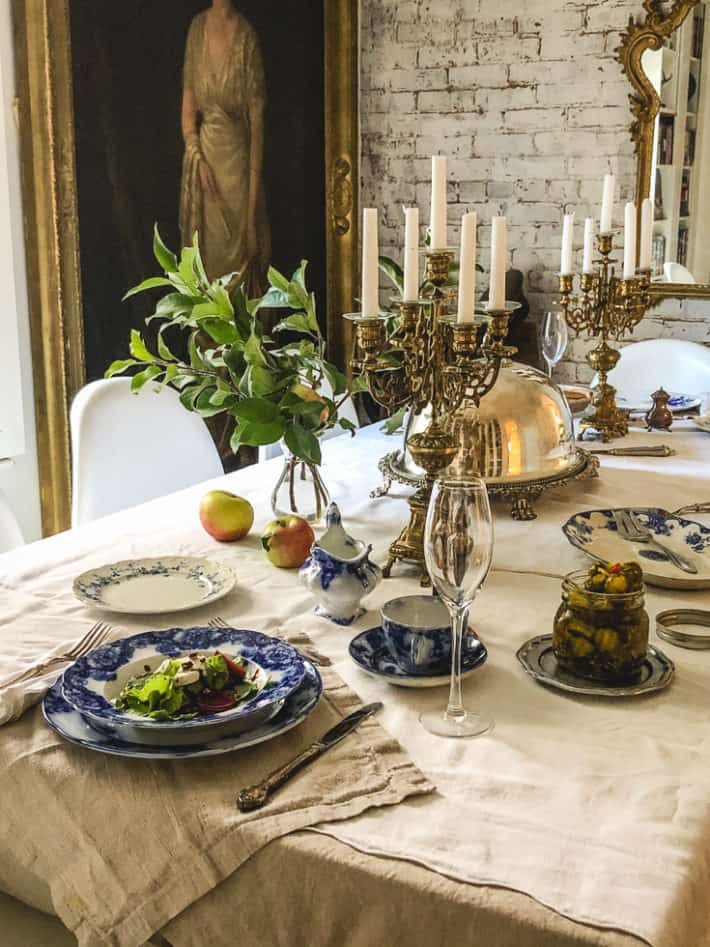 And yes. I said a can of whipped cream. This DAMNED PANDEMIC CREATED A WHIPPING CREAM VOID IN THE GROCERY STORES. I was forced to buy spray whipped cream. omgitwassogood.

After dinner we retired to the living room. I can't remember what we talked about on account of the fact that my hearing was blocked due to food being stored in my ear canal until it I made room in my stomach.

By 6:30 she was heading out the door and on her way home to play Candy Crush and I was staring at as big a mess as if I'd had 14 people over.

At least I got to sit at the table this time.

It was a very different Thanksgiving. But it's the ones that are different that we remember. The times we sat on the kitchen floor to eat,  when the kids kept hopping out the open dining room window or the year the dog got sprayed by a skunk.

And more than anything, Thanksgiving is about memories. For reminiscing, for talking, for remembering all the things (good and bad) that we have in common and being thankful for them.

And the pie. It's also about who has room for pie. 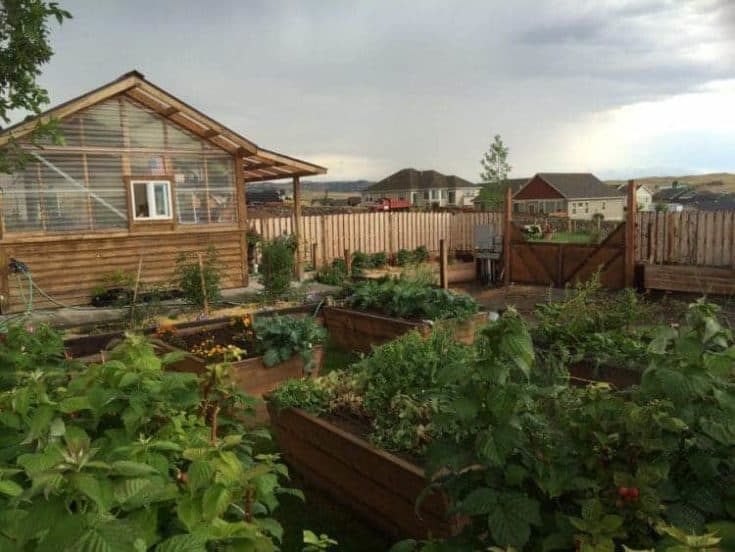 A couple of weeks ago I started getting my garden cleaned up for the winter and at the same time decided to rip a lot of it apart. Lord help me. I'm moving my strawberry beds and their big metal frames to make room for one consolidated HUGE compost pile instead of having 4 separate compost bins. I'm doing all the planning and moving around of things with the online garden planner I use from Mother Earth News.

You can see beautiful garden inspiration in this post, plus it has the link to the garden planning tool I use. 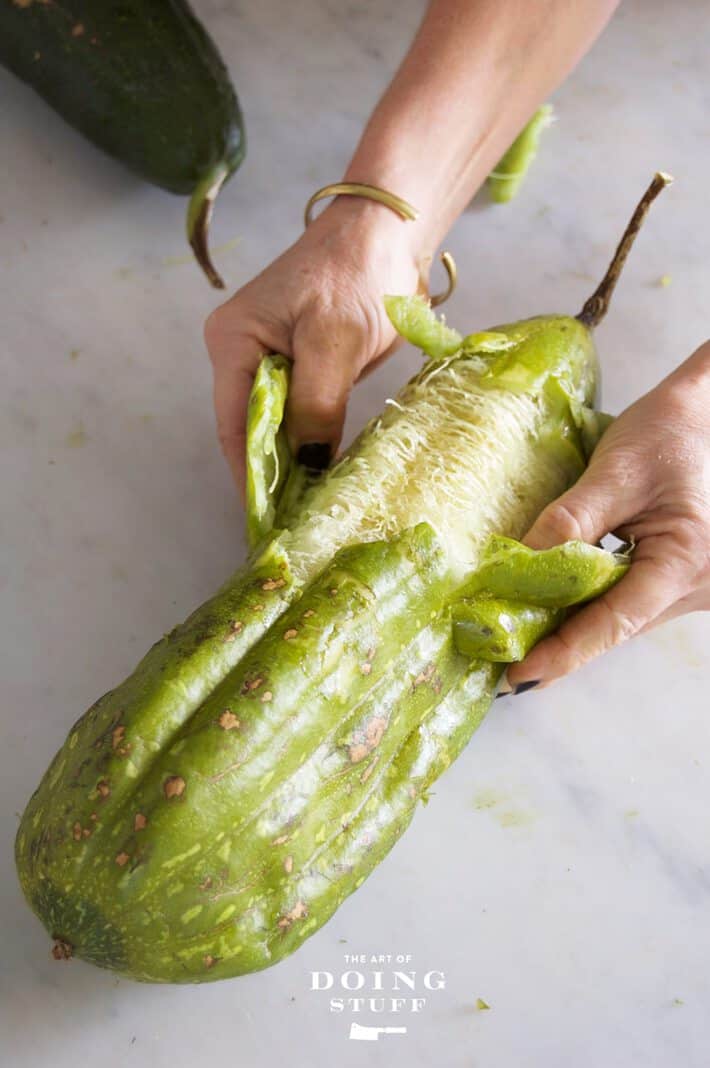 THIS week will probably be the week that I harvest the luffa. The vines are still alive and I like to wait until the very last minute to harvest them but I'm getting anxious. O.K., maybe I won't harvest them this week. But I really, really, really want to. After growing them off and on for 20 years It will be my biggest luffa harvest ever. 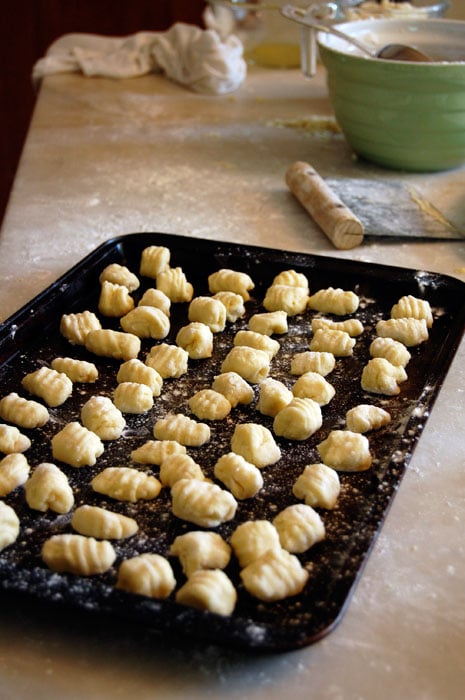 I had great intentions to make potato pancakes with my leftover potatoes then at the last minute decided to make gnocchi with them instead.

Then I forgot all about them and had to throw out my mashed potatoes.

How to Replace Carbon Brushes On Any Motor.

This week I taught you how to replace the brushes in your motors! What an exciting time! 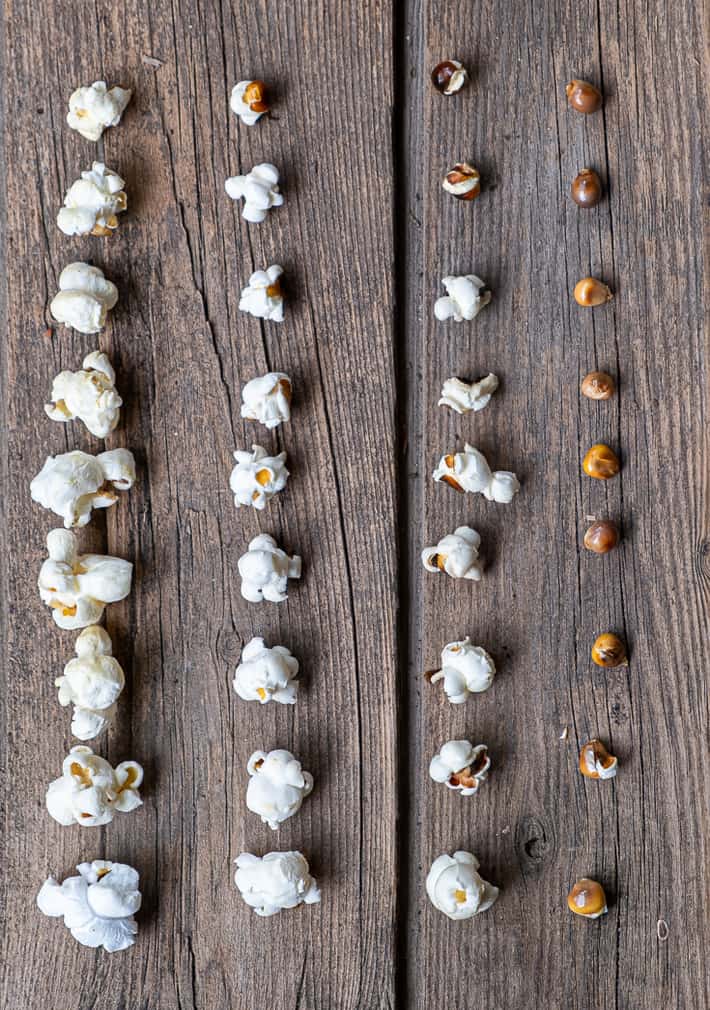 Popcorn Not Popping? Why & How to Fix it.

I made some the other night! It was great. So if you have grown popcorn or have some that doesn't pop read this! 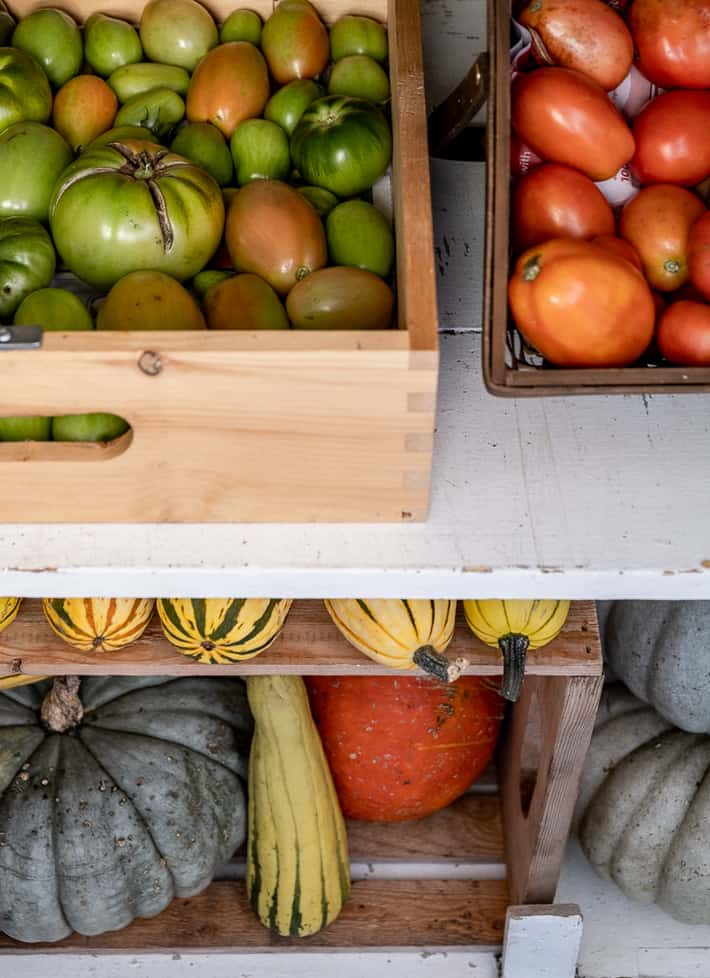 How to Store Your Garden Haul Long Term.

I've already been dipping into my vegetable cupboard. In fact I made BOTH the pumpkin pie and the sweet potato pie out of - squash. The grey squash you see in the picture is Jarrahdale one of my all time favourites for making anything.